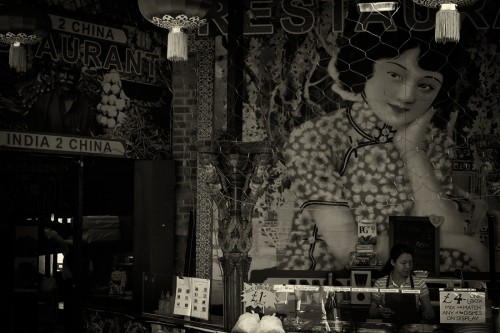 I was on the train in to London today for my first of 3 workshops at the Leica Akademie in the Mayfair borough of London, and started experimenting with Silver Efex Pro. I have quite a lot of photographs that I’d still like to share, but simply haven’t had the time to process.

But firstly, the Leica M9 Introduction Workshop: it was a total blast! Really, really cool. Brett (@bybrett) had an M9 and an M8 for us to look at and had no less than a Noctilux M 50mm f/0.95 on the M9! Whoa. The world’s fastest aspherical lens. While you don’t get hands on time with an M9, because there just aren’t M9’s laying around of course, being in such high demand, it is a great introduction to the camera. Go armed with questions because Brett is very clued up on all the Leica products. One thing is certain after spending the afternoon in the company of a pro Leica shooter, I need a new camera!! (and a few lenses, FAST!) 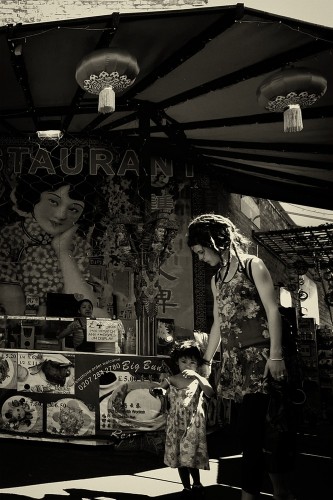 Brett has a 15″ MacBook Pro plugged in to a sweet 30″ Apple display, running Lightroom for demoing. While I get by fine on my 15″ MacBook Pro, you can’t compare it to that huge 30″ display, and the extra space is so well used by the panels that surround an image while you edit it. So the 30″ Apple display goes on the shopping list now. It’s all good!

The format of the workshop is relaxed and with a group of 4 plus Brett who sat comfortably around a round table with the cameras out for us to look at and watch as Brett showed us the menu system and how to go about cleaning the sensor. He does a good job of relating the M9 to whatever Leica camera you are currently using, and gives advice on what lenses to use together as a set, to cover as many bases as possible. I learnt a fair amount about film too, as one of the guys on the workshop was also a pro and pretty clued up too, having shot with Hasselblad’s and Leica’s for many years. 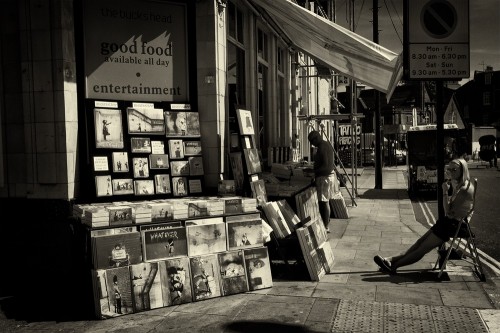 The 2 hour workshop flew by and ran late by half an hour through sheer interest by everyone there. No one seemed to notice or care. I’m going back soon for 2 other workshops at the Akademie. Also, the M9 introduction is completely free, and there is no obligation to buy, and you can’t really hold them responsible if you feel the compelling urge to go out and rob a bank overnight so that you’re back at the store bright and early the next day to place an order for an M9.

Oh, some of you may have noticed the photographs with this post. I shot them in Camden Town two weekends ago, and thought they came out rather well with the Silver Efex Pro preset I was working on on the train this afternoon. It’s Kodak 100 TMAX Pro film with a light split tone that I really like. 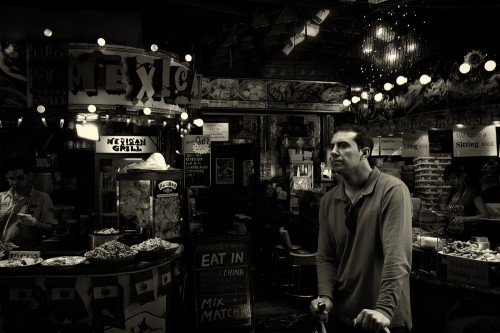 If you want to learn more about the Leica Akademie in London or the courses that they offer, checkout the LeicaAkademie section on the Mayfair store’s website. This is a guest post from Ray Scott. To see the original post from June 3, 2010, click here.