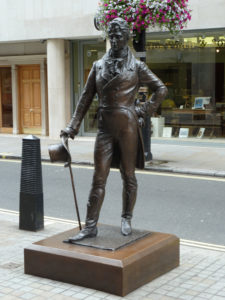 “A statue of the 18th century dandy Beau Brummel stands on one of the most famous and fashionable streets in the world … but where am I?”