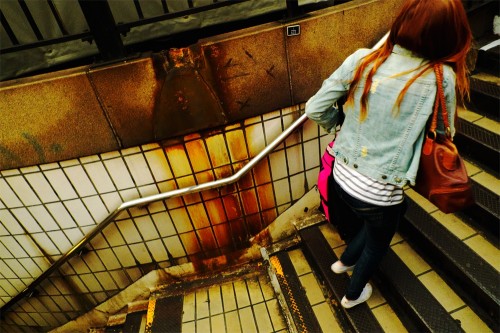 On Friday evening after work I decided to check out the Camille Silvy exhibit at the National Portrait Gallery in London. I’d never heard of Camille Silvy but was quite intrigued by the photograph used to promote the exhibit, a print entitled ‘Twilight’. What really made me want to see this exhibit is the fact that most of the photographs, and there are about 100 on display, are over 150 years old! Some of the photographs haven’t been displayed in public for almost that length of time too. The opportunity to stand right in front of, and study, photographs that were made back in a time and world we can really only imagine, was far too tempting to pass up. It was fantastic.

I don’t know much about portrait photography and most of Camille’s portraits are quite similar, but there are a lot other images that show England and France as if they were places from a completely different world. I suppose that is partly true, but to be able to see so many photographs at one time is quite rare. To see London as it was back then was actually quite thrilling. 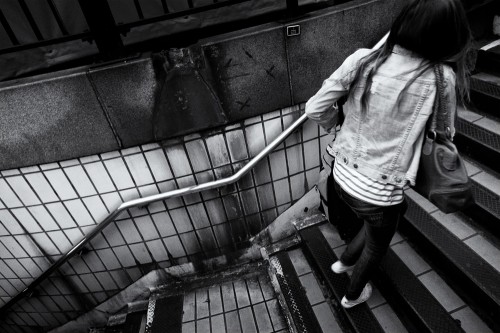 Silvy actually combined 4 separate negatives to produce ‘Twilight’. He also used effects and manipulations to produce the blur in the image. No Photoshop. How hardcore is that by today’s standards? Now rewind 150 years. One of the last scenes on display was a 360 degree panoramic taken from the middle of the Champs Elysées. To say that Camille was a little ahead of his time would be an insult. It takes major dedication to actually build a photographic system that could produce a 360 degree panoramic using 4 negatives and long exposure back when photography involved glass plates and covering them with chemicals specially mixed for the occasion. Suddenly I don’t feel like much of a photographer. But I’ll keep at it!

I decided to keep at it straight after viewing the exhibit, and it was the first time I’d ventured out with my Leica D-Lux 4 for quite possibly months. I felt nervous, self aware and quite shy to start with. I thought “Oh My God”, what has happened to me? Luckily this awkward feeling passed after about 15 minutes, and before long I had some cheeky Londoner in one of those mobile ice cream stands heckling me as I tried to get a decent shot of his stand all lit up.

I thought I’d share this image first though. It was quite a surprise actually, because when I shot it, I pulled the camera to the right in a rush to get the shot, and didn’t even realise that the woman’s hair was the same fiery red as that on the stairwell. It’s the north east exit of Charing Cross tube station, the exit nearest Trafalgar Square. The black and white is a Kodak Tri-X print with a light Selenium toner.