Do you remember where you were in the autumn of 2008 when, drunk with greed, all the bankers in the world stripped naked, strapped on barrels lined with our life savings and plummeted over Niagara Falls? 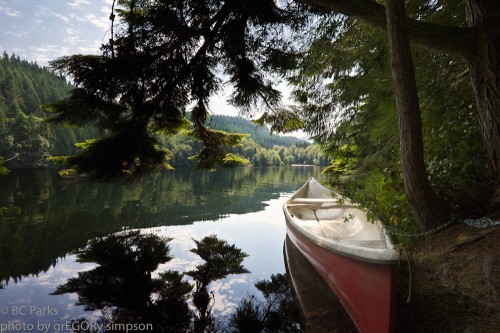 I do. I had just completed a successful stint as the official photographer for BC Parks and was negotiating a long-term contract renewal. Anticipating the contract’s acceptance, I pre-ordered a Canon 5D Mark II camera and was well into researching my 37th backpack purchase — confident that a magic pack existed, which would render weightless all those tripods, ball heads, camera bodies and lenses that I insisted upon schlepping up every mountain. 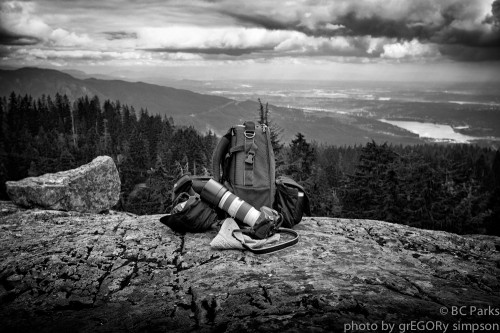 If all went according to plan, I would soon sign up to travel around British Columbia and photograph its nearly 1,000 provincial parks — many of which were inaccessible except by helicopter and, thus, rarely seen by human eyes.

Alas, everything did not go according to plan. The worldwide cost of rescuing all those drunken naked bankers caused the provincial government to tighten their budget significantly and the photo project I’d been crafting for so long came to an abrupt end.

I could have moaned. I could have whined. I could have drowned my sorrows in a bottomless pint of Guinness and lamented the lost opportunity to become the most important landscape photographer in British Columbia history. Instead, I rejoiced.

Wired to the polygraph, I might admit that the celebration didn’t begin the very minute I learned of my impending unemployment. In fact, it took several months to gain the perspective necessary to begin the revelry. And it took something else, too — a Leica M8.

Don’t misunderstand. Leica did nothing to recoup the lost revenue potential of my BC Parks assignment — quite the opposite actually. Rather, the Leica M8 allowed me to recoup something far more important — my soul. 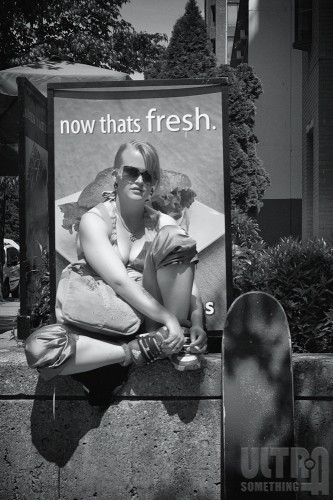 For twenty years I had put all my photographic energy into satisfying the visual sensibilities of others. No trend escaped me. No technical advance slipped beneath my radar. I lived on the bleeding edge of current and my photos dripped with the blood of the here and now. This, I reckoned, made me the consummate professional. After all, I’m being paid to satisfy someone else’s vision, not my own.

Only now I was no longer receiving any pay. As every out-of-work photographer knows, this means it’s time to rework the portfolio. With no definitive clients in mind, I chose to assemble a fairly generic collection — one that showcased my abilities in a number of different genres. The more I worked on this generic portfolio, the more obvious it became just how generic my photography had become. In my dogged quest to take photographs that satisfied others, I’d neglected to take any photographs that satisfied myself.

Nowhere in my portfolio were there any photographs that I personally admired. So I set out to rectify this and designated that fancy new 5D Mk II “channeler of my inner Winogrand.” But numerous SLR-related ergonomic factors rendered the experiment an abject failure. Next, I thought I could use high-end enthusiast cameras to release my inner Frank, but the cameras could not keep pace with the instantaneous demands I placed upon them.

Inner-Frank and Inner-Winogrand had plenty of company — Erwitt, Friedlander, Moriyama, Koudelka, Smith, Burri, HCB and hundreds more were collectively attempting to find photographic egress through my shutter. But none of my shutters would cooperate.

So I bit the bullet, purchased a Leica M8 and my world and everything in it suddenly became a photo opportunity. 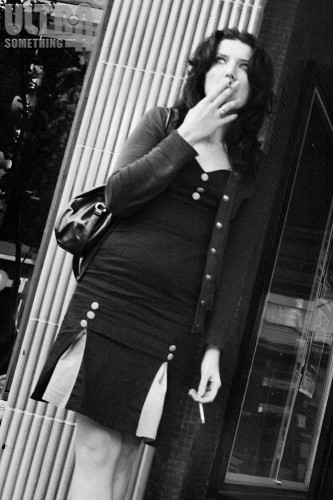 If a man stands and quickly checks his watch beneath a towering clock, it’s the Leica that lets me shoot him. 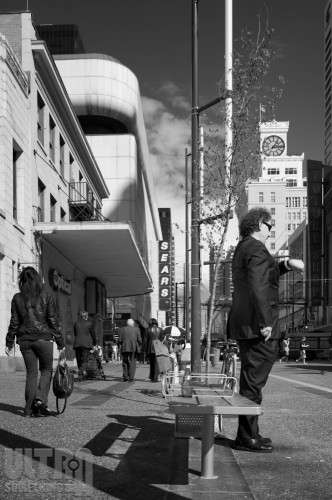 These are shot opportunities that exist all around me — opportunities that I’ve always seen, but could never capture until I turned to the rangefinder. So successful was my transition to the M8, that I gave it an M9 to keep it company. Then, in order to give them both a bit of schoolin’ in the old ways, I added an M6 TTL to watch over them.

And now, for the first time ever, I have a photographic portfolio that I’m proud of — one that, in all likelihood, will secure me far fewer jobs and more than an ounce of scorn — but it doesn’t matter. It doesn’t matter because, regardless of what anyone else says, I’m happy with my photos because they’re true — true to myself, true to my vision, true to my aesthetics, and true to my instinct. In fact, they’re so true to my instinct, that I chose Instinct as the title for my new photography book — the maquette of which is now available here on blurb.com.

So thanks Leica — I may never get a commercial assignment again, but you saved my photographic soul. That and a $4000 winning lottery ticket might just buy me a 50mm Summilux.

grEGORy Simpson is a professional “pounder.” You may find him pounding on his computer keyboard, churning out articles for both the Leica Blog and his own blog at photography.ultrasomething.com. Or you may hear him pounding on a musical keyboard, composing music and designing new sounds. Frequently, he’s out pounding city pavement and photographing humans simply being. This third act of pummeling has yielded a new photography book, Instinct, which has given Mr. Simpson a fourth vocation — pounding on doors in an attempt to market the darn thing.