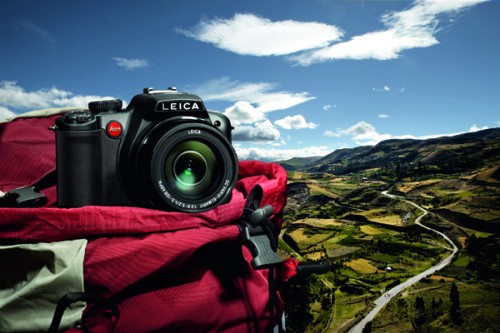 Last year we introduced the V-Lux 2, the camera that turns travellers into explorers. Following the journey of Alexander von Humbolt, Leica Camera AG took the camera to Ecuador to capture the country’s busiest city, second-highest mountain and lushest forest for promotional material.  You can read about the journey at http://leica-explorer.com/humboldt.

The trip to Ecuador inspired the “In the Footsteps of the Great Explorers” competition so ten lucky individuals could follow in the steps of other great explorers like Alexander von Humbolt. We received 980 applications from website visitors hailing from 145 different countries using 111 different languages! After reviewing all of the applications, we narrowed it down to ten explorers who were announced last December on Facebook.

The winners have now had a couple of months to get their gear from The North Face, get accustomed to their new V-Lux 2 cameras, book their transportation and plan out their trips. Some of the explorers are already embarking on their adventures and some are mapping out their journeys. MayLee Weernink, is finishing up her journey to Africa in the footsteps of David Livingstone. She  just reported in yesterday from Victoria Falls, Zambia on her Livingstone explorer blog.  Annie Atkins is enjoying her last couple of weeks at home in Dublin before following in the footsteps of Nain Singh to Tibet. You can follow Annie’s trip on her explorer blog. Meanwhile, Daisuke Takahashi, in the footsteps of James Cook, is documenting Tahitian sunsets, the flora and fauna of Botany Bay and a cyclone in Queensland on his blog.

Follow MayLee, Annie, Daisuke and all of the Leica Explorers through each phase of their journey on http://leica-explorer.com and see how they are turning from travellers into explorers.