Norwegian Knut Skjærven is a freelance photographer, blogger and communications researcher living in Copenhagen, Denmark. As part of his participation in the #place2be series Knut was given a D-Lux 5 and asked to document his favorite piece of architecture, preferred shop and prime bar or nightclub in Berlin.

“It started by looking for a suitable place to be in Europe. This is meant literally.

We were seven photographers from all over the world who had known each other virtually for some time, and now wanted to meet. We wanted a summit. One was from Holland, one from Belgium, one from Ireland, two from the US, one from Germany, and myself.

As I was the initiator of the summit I needed to find a place to be. I looked at a map over Europe and there was Berlin. Apart from the couple coming from the US, the travel distance was about the same for everyone. Moreover, most in the group had never been to Berlin before.

This was in 2007 and I knew absolutely nothing about the city. The summit was scheduled for June 2008. I went to Berlin in late 2007, for the first time ever, to find suitable hotels, restaurants and places to visit along with buses and undergrounds.

Once there, I was instantly attracted to Berlin, and it ended up with the project Berlin Black And White. The first exhibition based on this material is going to be held in July and August in Copenhagen this year.

All because of Berlin.

Since 2007 I have been to Berlin 3 times every year. The summit will be held for the fourth time in June 2011. Everybody enjoy it, and we have dropped the idea of finding another city for this annual meeting. Berlin is definitely the place 2 be.

Photography has a high esteem in Berlin. More than I have seen anywhere else. I love that.

This summer I will stay for one month to complete a new photo project.” 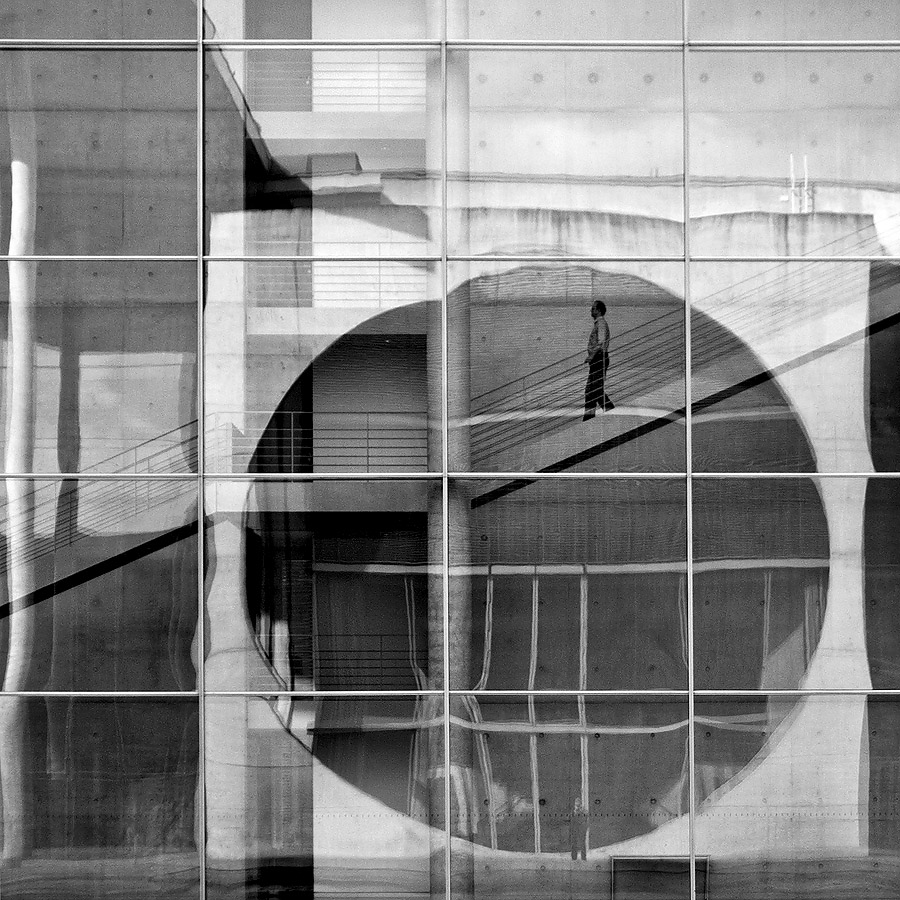 One of the areas I always visit with my camera is the governmental area with its open spaces – and its open architecture, and the movements within it.

This is a section of Paul Löbes House facing the river Spree. It is a part of the German Bundestag at Platz der Republik, Berlin Mitte. If you have an appreciation for architecture, you need to spend some time there.

For me, this staircase works like a theatre. I can sit and just wait on the other side of Spree and things starts to unfold when people climb and descend the staircase behind the huge glass facade. Or in front of it.

There is always a new play on. All you need is patience. 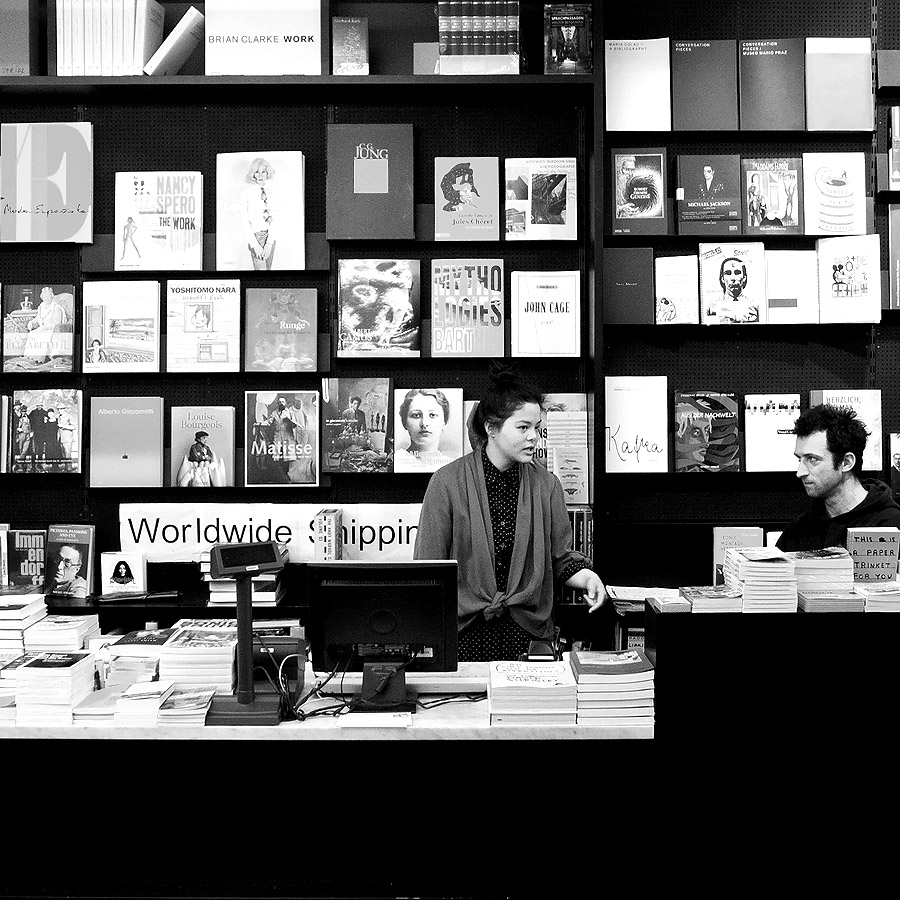 Yes, when in Berlin I do some shopping. Some, not much. I have got a pair of sunglasses, a new little Leica, and tons, and tons of books on and of photography, both literature and picture books.

I always visit Buchhandlung Walther König in Burgstrasse by the Museumsinsel (picture) or the one at Helmut Newton Stiftung at Kurfürstendamm.

Why do I go there? Well, I have to tell you that these shops have the best collection of photographic books that I have seen in my life. If I had the time and money I would get them all. Luckily I have neither the time nor the money.

Besides my trips to Berlin are not for reading. They are for taking pictures. 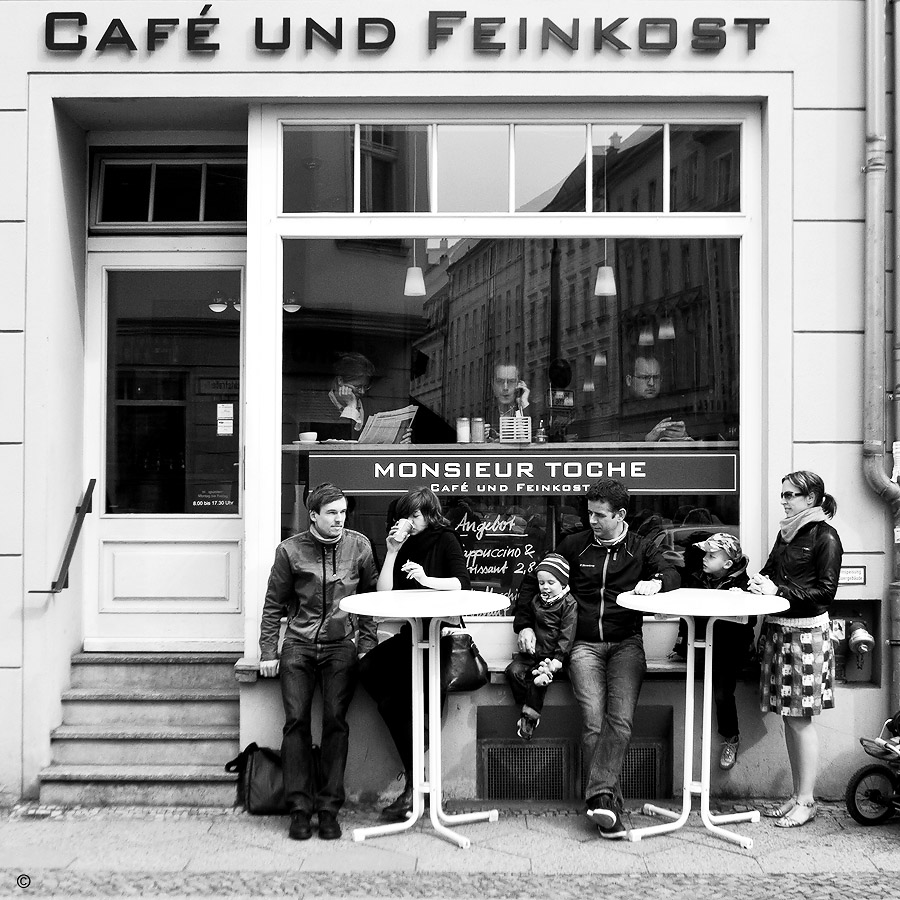 For me Berlin is also about walking. You need to get off the main tourist tracks.

Two years ago I found Monsieur Toche, Café und Feinkost in Albrechtsstrasse 19, Mitte. It is only a couple of hundred meters from the heavy trafficked Friedrichstrasse station.

It is a popular place for local business people. They hardly ever see a foreigner or a tourist, but now they see me.

Monsieur Troche is never there, but I get to see and greet the owner, Charlotte Weis, and the other staff. I am sure monsieur would not mind.

I go there for a salad, a cup of coffee, local news, and a word on the general state of German affaires. Sometimes for a glass of red wine as well, since it is lunchtime and I have to walk on.