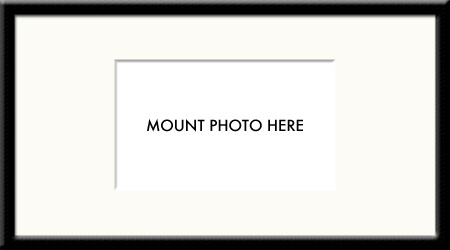 In 1952, pianist David Tudor stepped on stage to perform composer John Cage’s latest work, 4’33”. He sat at the piano, closed the lid over the keyboard and, for the next 4 minutes and 33 seconds, played absolutely nothing.

The point of this — John Cage’s most notorious composition — was to illustrate that ambient sounds are also music, and that we need only listen to the world around us.

The same could be said for photographs. Each and every second, in each and every geographic location, there are thousands of photographs left untaken. Maybe no one had a camera. Maybe there were cameras, but no one observed. Maybe everyone was too busy chimping photos on their LCD to notice the new possibilities flashing before them. It’s a philosophical avenue worth exploring, but it’s not the reason I’ve decided to emulate Mr. Cage and publish a photography article without any photographs.

Rather, this article is unadorned to illustrate a different point — that online images are poor approximations of photographs. They are, in fact, fauxtographs.

Obviously, uploading fauxtographs to the internet enables photographers to disseminate their images to a wider audience than does an individual print or gallery show. That’s a good thing. But too many photographers use video imaging as the final medium, rather than an interim one. And that’s not a good thing.

It disheartens me to talk with other photographers and discover how few have bothered to make real and true prints of their images. But in a world where live music is on life support, and many have experienced songs only via an mp3 file squeezed through tiny earbuds, I shouldn’t be surprised.

For several years now, camera companies have been selling the notion that digital quality has surpassed film quality. And that’s true — if by “quality” they mean “resolution.” The resolution fad has been in full swing for over a decade, closely aligned with its partner-in-crime, the “sharpness” compulsion. I swear, if I read one more lens review in which the writer trots out the tired old “so sharp I almost cut myself” cliché, I might just be inclined to grab a razor and do exactly that.

OK, so resolution and sharpness are trendy. I get it. But what I don’t get is the fact that the very medium now used to display and distribute photographs — the internet — is completely unequipped to realize the benefit of all this resolution.

What good are 20+ megapixels if your final product displays only 540,000 of them? Today’s cameras record 40 times more image detail than today’s typical 900 x 600 fauxtograph displays. Sure it’s good to have some extra pixels to shove around during post-processing — but 40 times as many? Sure it’s nice to have a little elbow room in case you need to crop an image — but 40 times as much? The curious reality is, with so little resolution displayed in web-based fauxtographs, photographers would actually benefit more from improvements in tonality and dynamic range (the benefits of film) than they would from megapixels.

Up until last year, these stones I cast would have shattered all the windows in my glass house. Having abandoned wet printing over a decade ago, I rarely bothered to print my digital photos. It was wrong. And I knew it was wrong every time I looked at a quality print. At its best, an image displayed on an LCD might reach out and slap you. But the best printed images do more — they caress you. They pull you in and hold your attention. They invite you to explore their deepest blacks and delight over their delicate highlights.

If you read these words and think to yourself “that dude is high,” then you probably haven’t spent much time examining quality photographic prints. They simply captivate in a way that a video monitor cannot. Somewhere down the road, when retinal display technology becomes the norm, the situation will change. But for now, there is simply no comparison.

That’s why I finally stopped dabbling with occasional printing, got serious, and purchased an Epson 3880 last year. Even though the bulk of my prints are only 6″ x 9″, they display a luxuriousness that far exceeds any fauxtograph I ever bothered to post on the web. Tiny details leap forth, shapes form within shadows and the image takes on a third dimension — depth. This also explains why there are no photographs with this article. It’s impossible to illustrate how much better a printed photograph looks next to a web-based photo when this article is, itself, web-based.

Unless you print your photos, you haven’t done them justice. It’s fine to post fauxtographs on the web, but if you’re serious about your photography, then there’s absolutely nothing that will delight and dazzle like a quality, pigment-based, inkjet print — except, maybe, a silver halide print. But that’s another can of worms to be opened on another day.