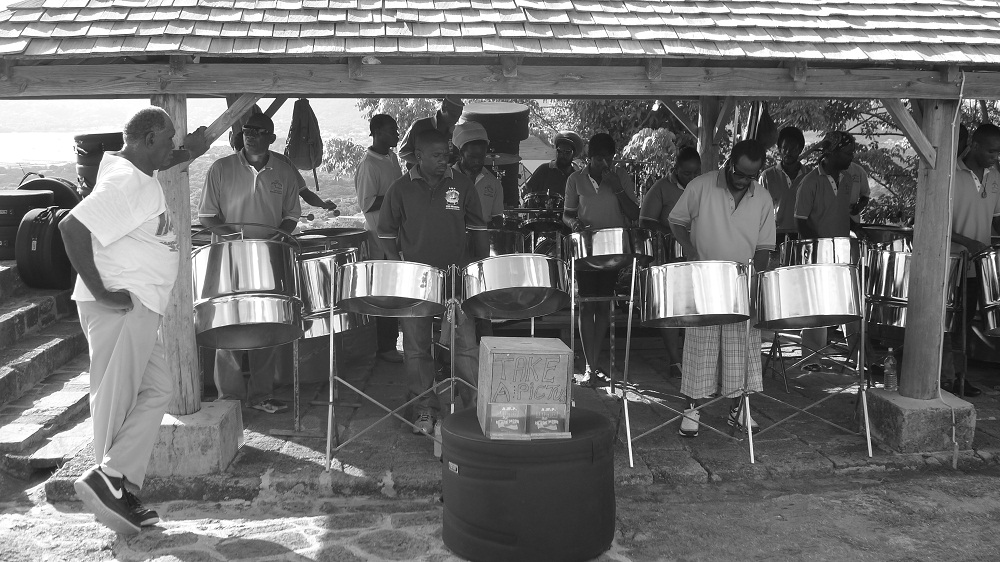 Answer to “Where am I?”: Antigua (at Shirley Heights)

Originally inhabited by the Cibony Indians, the island was then inhabited by the Pastoral Arawak Indians and was first spotted and named by the European explorer Christopher Columbus in 1493. “Antigua” means “ancient” in Spanish. The island was known as Wadadli by the natives (which is now the name of the tastiest local beer).

The country counts tourism as one of its major industries. It also hosts an annual sailing regatta and is famous for producing some of the greatest cricketers the world has ever seen.

Congratulations to everyone who answered correctly on the blog, Facebook and Twitter: KT, Audrey, Kerry, Xochitl, John, Michael, Alex and Daniel.

I am not a sportsman. Don’t get me wrong, I love crushing golf balls around beautifully grass-carpeted country clubs, smashing the occasional tennis ball with a McEnroe-like temperament and I have also been known to turn my arm over on the cricket pitch.

Cricket is a rather odd and sometimes depressing sport. One match can last for up to five continuous days (yes, five) and there still would be no victor … distressing for the players and spectators alike!

The sport was originally played in England in the sixteenth century but the “modern game” took off in the late nineteenth century. Internationals started in 1877 and the West Indies started to field an “official” recognised team in 1928.

From the 1970s to the early ‘90s, the Windies were almost unbeatable on the world stage. Their bowlers destroyed oppositions with unplayable, rib-breaking balls (literally) and their batsmen carved out innings of distinction. Now, sadly, the national team is rather weak.

On my visit to Antigua, I went to watch a one day international at the Sir Vivian Richard Cricket Grounds. “Vivi” or “the Master Blaster” is widely regarded as one of the greatest batsmen ever to have played the game. He is now an ambassador for the country and a keen golfer too.

A one day international is 50-overs a side (an over is made up of 6 balls). The West Indies were playing India, who were recently crowned World Champions. The result was sadly inevitable but no one, especially the West Indian crowds, particularly cared.

The people of Antigua like to party and at the cricket ground there are, of course, corporate boxes and proper numbered seating, but there’s also the party stand. Here the locals, opposition fans and tourists drink too much rum, dance, make noise and play music in way that would never be allowed at the home of cricket, Lord’s in London.

Every cricket match is “carnival time”.  The one day game finished at six in the evening, but the party stand did not break up until at least midnight. No-one cared; everyone just had fun. The fact that the West Indians were beaten soundly didn’t matter.

When I was young, I used to sit on the couch with my father and watch cricket for endless hours. As I said, I am no sportsman, but cricket for me is my eternal bond with him. You will find that this is the case for millions of Indians and West Indians around the world.