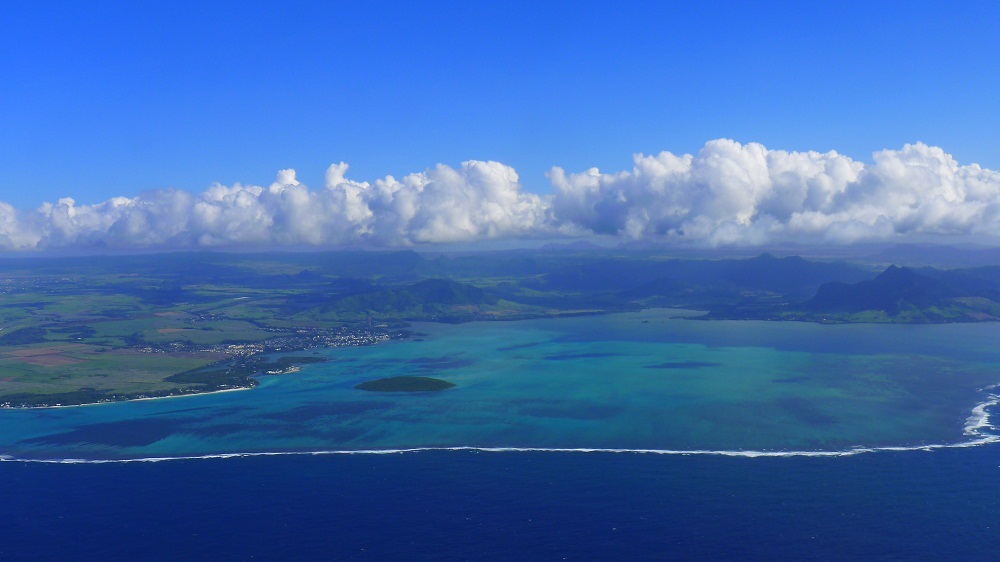 Answer to “Where am I?”: The Republic of Mauritius, Indian Ocean

I have a dog, a tan Cocker Spaniel named Gemima. She is now completely blind, has wonky back legs, less than half of her teeth remain and she has rather selective hearing (for food she’s there, but not so much for walks or baths).

Before she was even a year old, Gemima contracted a rare blood disorder that the vet said she would never recover from. She did and twelve years later she is still the reason I believe that a God exists; she is indeed a miracle.

The Moo (nickname) has, until recently, been a constant companion on my travels in the UK and has visited many luxury hotels where thankfully she has been treated like a princess. Once “dog-unfriendly” properties were turned into “dog-friendly” ones due to her.

If I do come back to Earth as a human, I want to be the person Gemima thinks I am.

I cannot tolerate cruelty to any animals and many a time my cameraman Tim has to wait as I stroke or cuddle a cat or dog in the street that looks like it needed one. I have had my rabies shot so what’s the worst that can happen?

On a recent visit to Istanbul in Turkey, I was pleasantly surprised at how the locals treat their feline and canine neighbours. There are simply thousands of strays in the city and there is a local government service that drives round caring for them – clipping claws, cleaning ears, neutering and even bathing. It does not feed the animals though, this is an honour left to the people of Istanbul. At lunch or supper time, people take a few morsels of food from their own plates and leave them outside their front doors to be eaten by a grateful cat or dog.

The population of Mauritius is mainly Hindu and we are taught from a very young age to respect all God’s creatures, man and beast. While driving around the island, there are many temples and invariably this is where all the strays meet, knowing that part of the daily prasad (edible gifts) would eventually end up in their stomachs.

My home on the island is located on its southern tip. Shanti Maurice offers everything that I look for in a holiday: a long, white sandy beach, gracious & genuine service, fabulous accommodation and masala dosai (an Indian dish) for breakfast, lunch and dinner!

A decade ago, for a luxury hotel and resort, it was imperative that it had a fine dining restaurant, then the need for a spa became important and now it is both PLUS some kind of kitchen garden. Even city hotels now boast herb gardens, albeit small and very concentrated ones.

Mauritius has an ideal climate for growing a plethora of fruits and vegetables. While sugar cane is the primary crop, every other fresh produce is grown.

I actually lost weight on my trip! The kitchen garden greens, reds, purples and yellows at the resort were so tasty that my craving for chocolate, chips and pizza evaporated.