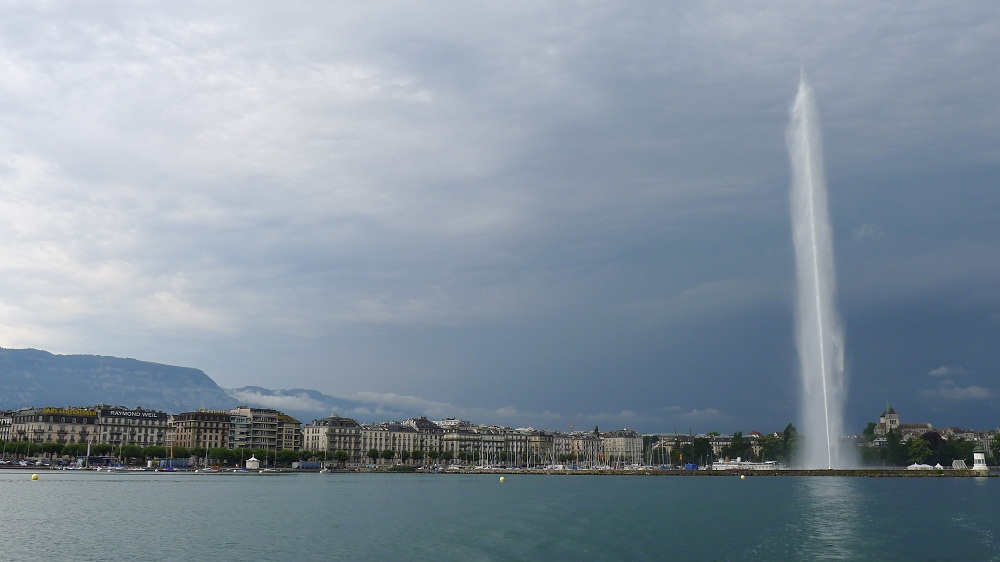 Answer to “Where am I?”: Geneva, Switzerland

I like order. I need order. I have a routine for nearly everything, which friends, family and work colleagues sometimes find rather frustrating.

So far this year, I have been on the road for over two hundred days on thirty filming trips. The build-up to each one is the same.

I have lists of items that need to be packed depending on climate and location of my destination. There’s a choice of over a dozen Hawaiian shirts and shorts for beach or tropical locations, numerous permutations of smart/casual attire for cities, but just one set of waterproofs, poncho and heavy boots for anywhere (and anytime) in the UK or with snow.

When booking a flight, my seat must always must be by the window on the port side, preferably at the front. Onboard, I stick to a food-free diet (Would you eat that tray of what is laughably called “food” at home? No! So why eat it at 35,000 feet?) I always wash down my aspirin with a double, single malt Scottish whisky. I do not watch in-flight movies, but try and sleep or read a trashy crime novel.

Switzerland is Europe’s Japan. Everything runs on time: trains, flights, dental appointments, even dinner dates! That’s one big reason why I love visiting this country. My recent trip to Geneva was almost perfect.

At 8:45 every morning, I received room service consisting of Earl Grey tea and toasted English muffin. From my hotel window I could see, at 9:00, the Jet d’Eau start to blast water 140 metres into the air at 200 kmph. At midday, as the city’s clocks chimed twelve times, my maid knocked on the door looking to refresh my sheets. At four in the afternoon, it was time for tea and my first flute of champagne of the evening arrived at six.

On one of the days I was chauffeured the twenty minutes (almost exactly) to Plan les Ouates and the Patek Philippe factory, arguably the finest timepiece manufacturer in the world, for an exclusive and rare tour of the facility.

The movement (heart of the watch) is made up of brass, steel and nickel silver. There can be up to 1600 parts to a movement – depending on the number of features or complications it has. I watched on as artisans buffed, drilled, polished and cut all the pieces that make up a movement. It’s skilled work I can tell you!

The movement pieces are sent to assembly where the watchmakers go to work. I met Paul Buclin, the Patek’s Master Watchmaker. He impressed upon me the need of a good wristwatch to ensure that I was never late anywhere.

Now earlier I did state that my trip to Geneva was “almost perfect”. One afternoon I had to travel from Quai de Mont Blanc (hotel) to Rue de Rive (Davidoff cigar “temple”) which is less than a mile away. It was raining so I called a taxi. The journey took roughly six minutes and the bill came to just under $30. I was outraged! I know that time is money, but this was taking it too far!