Earlier this year we announced our collaboration with Facing Change: Documenting America (FCDA), a non-profit collective of prominent photographers and writers dedicated to exploring the United States during one of the most enduring times in the nation’s history. We will be featuring a series of independently produced multimedia essays that will highlight the personal journeys of the FCDA photographers as they travel and generate images using the latest Leica equipment. We invite you to follow the series, learn from the photographers and share in their personal experiences. The first video featured here is with Debbie Fleming Caffery. 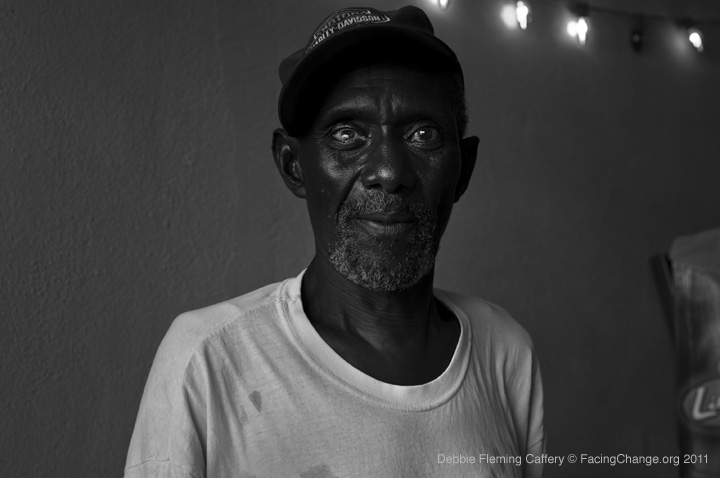 In this video, Debbie Fleming Caffery tells the story of her journey through the towns around the Mississippi Delta in Louisiana and Mississippi. Over the course of the summer and early fall, Debbie documented the destruction and devastation caused by the modernization of farming forcing out the formerly poorly paid farmhands and, more recently, the river flooding on to farmlands. As a result, small town communities in the area are dying out. “I am particularly interested in the elderly generation and how they have endured the many hardships of racism and poverty,” Debbie explains in her original proposal. “I will focus on their struggles and resilience in the face of cultural, economic and geographical change.”

About Facing Change: Documenting America (FCDA) Founded in 2009 by Pulitzer Prize winning photographers, Lucian Perkins and Anthony Suau, FCDA publishes its work through a multi-media online platform at facingchange.org. Focusing on America’s diversity, FCDA covers social and political issues including immigration, the mortgage crisis, obesity and the war on terror. The archive of images that are being created not only are documentary, but also aim to inspire and highlight debate on the national stage. FCDA has recently done extensive coverage of the “Occupy” protest movement that began on Wall Street in New York City and has spread across the country. Anthony Suau, President and co-founder of FCDA and Leica photographer, explains their mission, “Inspired by the Farm Security Administration (FSA) of the 1930, FCDA is creating an extensive archive with the most talented photographers and journalists currently working in the US.” The photographers of Facing Change: Documenting America are David Burnett, Alan Chin, Danny Wilcox Frazier, Stanley Greene, Brenda Ann Kenneally, Andrew Lichtenstein, Debbie Fleming Caffery, Carlos Javier Ortiz, Lucian Perkins (Vice President) and Anthony Suau (President). -Leica Internet Team Find out more about Debbie’s story on the FCDA website, facingchange.org.