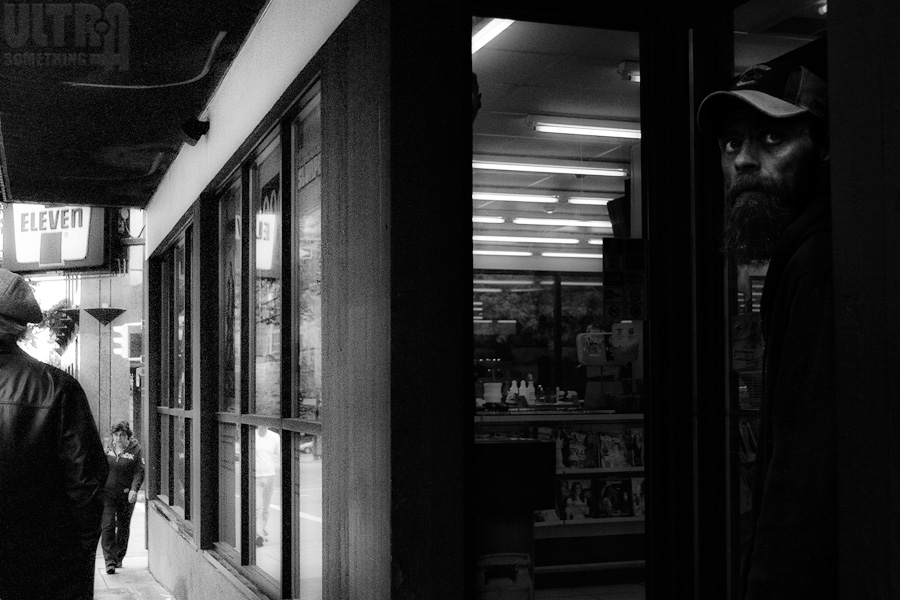 I photograph people. On the streets and in public places, my eye and my camera keep a vigilant lookout for the little nuances that help define what it means to be human. Because of this somewhat curious behaviour, I’ve been cursed at, chased and threatened, yet I don’t resent when these street confrontations occur. They’re merely a response to our mistrustful times and to an over-abundance of poorly conceived street photography on the internet. But unlike those in the dSLR brigade who shoot from across the street with their long safari lenses, my wide angles make me much easier to catch and berate. Which is fine — it gives me an opportunity to explain what I’m doing and why. Rarely, however does dropping such names as W. Eugene Smith, Robert Frank or Garry Winogrand result in any sort of deeper understanding from my admonishers, but it does help diffuse the situation long enough that I can make a quick escape.

I am very conscious of the fact that photographing people in a public place is a privilege, not a right. One needs only to look at the clampdown on photography in various countries to realize how easy it is to lose that privilege. So I never take photos with the intent of being exploitative or disrespectful of my subject. 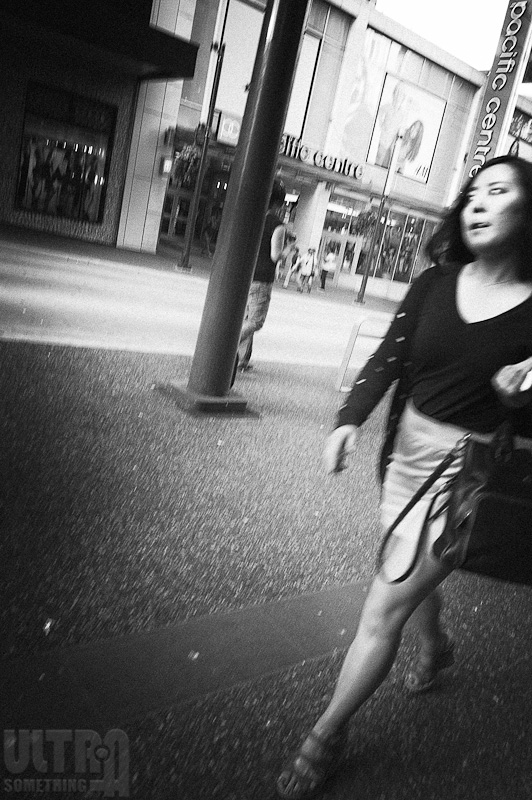 The fact is, I don’t know the people I photograph. In general, I photograph only those with whom I feel some intangible connection, friendship, camaraderie, empathy or attraction. If I feel a sense of dislike for a person or their actions, I usually don’t photograph them. Unfortunately, even though my photographic intentions are honorable, I can never truly say whether or not my subjects might be offended by a particular photo. All I can do is to look at each photo and ask myself whether or not I would take offense if this were a photo of me. Granted, I have far less shame than the average person, so I try to err on the conservative side. 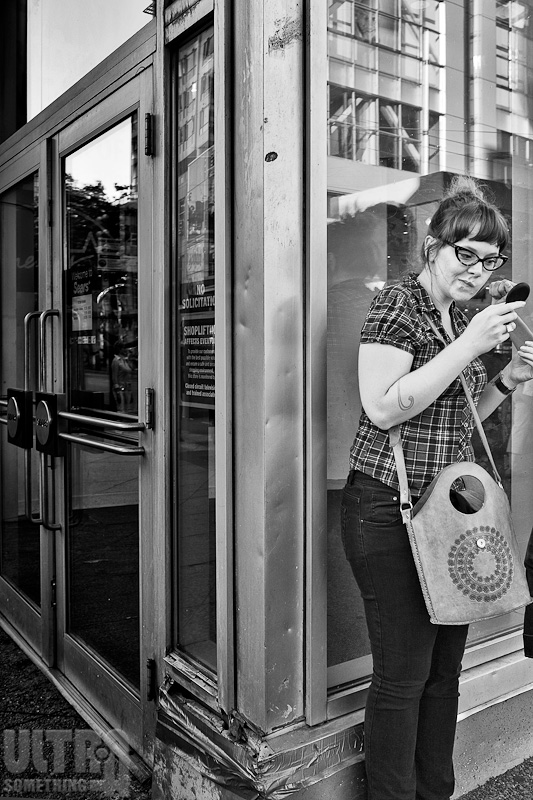 Unfortunately, not all photographers show their subjects the respect they deserve. So let me make a simple suggestion to any photographer who shoots on the street. Ask yourself two simple questions before you trip that shutter. First ask, “What is my purpose for taking this person’s photo?” Then ask, “Would I still take this photo if I were two meters from my subject and not 20?” If the answer to the first question is, “to disrespect this person” or the answer to the second is “no,” then maybe it’s not a photo that should be taken — nor is it one that should be published.

I believe in freedom of speech. I believe in freedom of expression. But I also believe in compassion and respect. At times, these can be conflicting values. It’s exactly why I have such a hard time deciding which photos to publish and why my hard drive is full of some rather good images that will never see the light of day. Freedom doesn’t just mean “the freedom to photograph and publish everything you want.” Freedom also means “the freedom to choose which photos you don’t publish.” 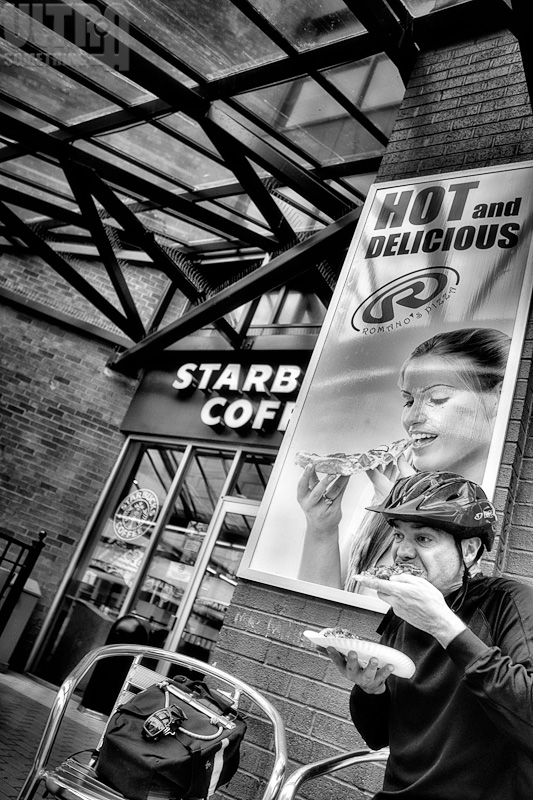