Krystian Maj: A Leica Guy In Every Sense of the Word, Part Two

The Leica camera Blog Uncategorized Krystian Maj: A Leica Guy In Every Sense of the Word, Part Two

An emerging Polish photojournalist based in Warsaw, Krystian Maj, 34, works for Leica Camera in Poland, a position that has given him the opportunity to meet many fine photographers, and enhance his visual vocabulary by talking with them and studying their work. His personal creative mission: revealing the truth of social conditions by “shooting from the inside” to document significant events in Europe, concentrating on Poland and other former Soviet states. He currently collaborates with Reporter AF, a news agency. You can read part one of our interview with Krystian Maj and here in his own words is the second and concluding part of his compelling story. 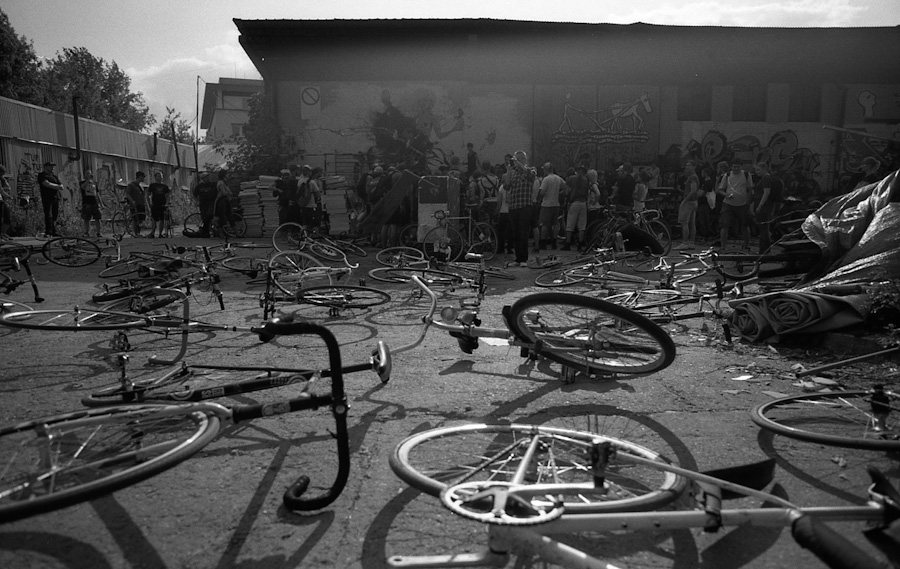 Q: Your almost surreal image showing a random bunch of overturned bicycles in the foreground with a mass of indistinct people in the background is enigmatic, but seems to suggest conflict and disorder. Where and how did you shoot it, what event does it document, and what were you thinking at the time?

A: Despite how it looks this is actually a happy times photo. I took it at the Elba squat in Warsaw during the annual Bike Punk Fest — two days of punk gigs, bike polo competition, and drunken cycling races. I took it right before the main race, where everyone got their checkpoint lists of places all over the town and then had run to their bikes and complete the entire trail in the shortest time. I took it just before the event started, and I had to run away as soon as I pressed the shutter release, because a few seconds later, dozens of crazy bikers would be running straight at me! 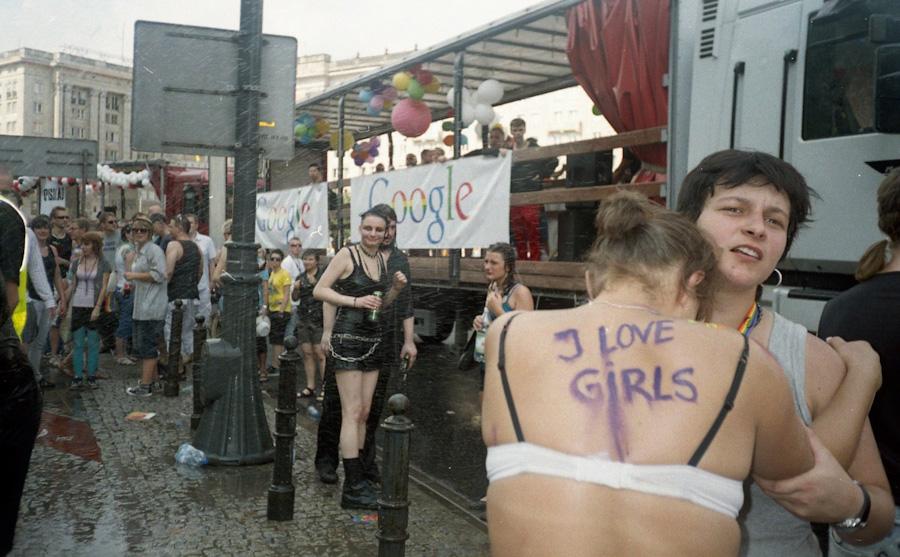 Q: Your picture of a random group of young people that includes a young woman in the right foreground with “I love girls” painted on her back has a very chaotic snapshot quality, yet it conveys the feeling of being there very effectively. Do you agree, and can you tell us something more about it?

A: I took this shot at the Love parade in Warsaw last year. Poland is not a friendly country for LBTG community and every parade like this is always a big event. There are police all around, but they can’t really guarantee your safety and you can never be sure that some nationalist won’t start a fight or start throwing a stones. In situations like this I always try to be with the people, since I came to photograph their event, not the police. I believe that the only way you can document an event like this is from the inside. You can’t do it as effectively if you’re standing 50ft away with a long telephoto. In short, I believe in the rule, “If your picture is not good enough, you haven’t been close enough”.  How old, but how true?

Q: You mentioned that compactness and reliability are two of the things you love about the Leica MP and M9 and why you consider them the best of the best. What other operational or shooting characteristics do you think M cameras have that make them ideal tools for a photojournalist?

A: They’re small, so you won’t snag anyone with your gear. Try to walk up to someone on the street with a big SLR and a huge lens and remain invisible — it’s impossible. All the Leica M advantages — compactness, quietness, a non-aggressive look and reliability — makes these camera absolutely unique. With a Leica you don’t usually worry about being spotted or making someone angry; you just photograph. I guess this is the secret of the Leica legend to some degree: you spend more time looking through the best-in-the-world viewfinder and concentrate only on the pictures, nothing else.

Q: Having shot with many different cameras in various formats, do you think there are specific identifiable qualities or characteristics visible in images made with Leica lenses or do you think the camera itself is primarily what makes Leica images stand out?

A: Large format cameras, as well as a compact camera have their own way of rendering the image, a distinctive plasticity if you will, but there’s no doubt that German glass is also something absolutely unique. The way Leica M lenses record the image is something you can’t achieve in post-production. These unquantifiable elements add a sense of mystery to the picture, making the photo even more real.

Q: What practical insights did you derive from studying the works of Abbas, Bresson, Capa, Chim, etc. that infuse or motivate your work as a photojournalist?

A: Those guys were always present where important changes took place, they were right in the midst of the action and I guess I have the same feeling about it. When I hear that something big is happening, I can’t just sit around and forget about it. I want to go there, to be there, and to photograph it! 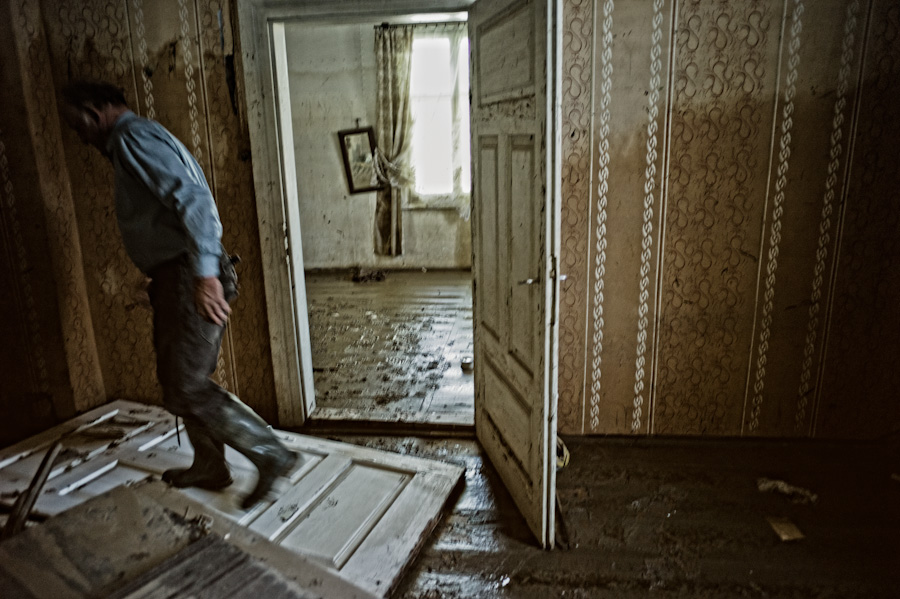 Q: Other than portraiture, which you mention specifically, are there any other genres of photography you would like to explore in the near-term future, or any particular places or events you are planning to document?

A: Let’s just say time will tell! I have begun a few projects and I do have some plans for the near future, but since I’m a person that always has bazillion plans, but completes only a small portion of them, I don’t like to speak too much about projects that are in the works until I actually finish them.

Q: You mention that a Leica M and two or three lenses are all you need to be ready to go. What are your favorite lenses for the Leica M, and why do you choose these particular focal lengths and apertures for your work?

A: Basically I could spend the rest of my life with an M Leica plus 24mm, 35mm, and 50mm lenses. That’s all I need. The most natural focal length for me is 35mm because it’s just the way I look at the world. It’s quite wide, but still offers the ability to compose the image in a million different ways. Composing an image with 24mm lens is much harder, but it works well when you’re in a crowd. It also allows you to shoot close and to accentuate those elements that first attract your interest while still having a clear and visible background. The 50mm lens is the longest focal length that lets me feel the image. Even so I’m not the biggest fan of 50s, but they can be very useful. I also like working in low-light conditions, so the 24mm f/2.8 Elmarit, 50mm f/2 Summicron, and 35mm f/2 Summicron work best for me. They’re very fast, but still small and virtually invisible to others. 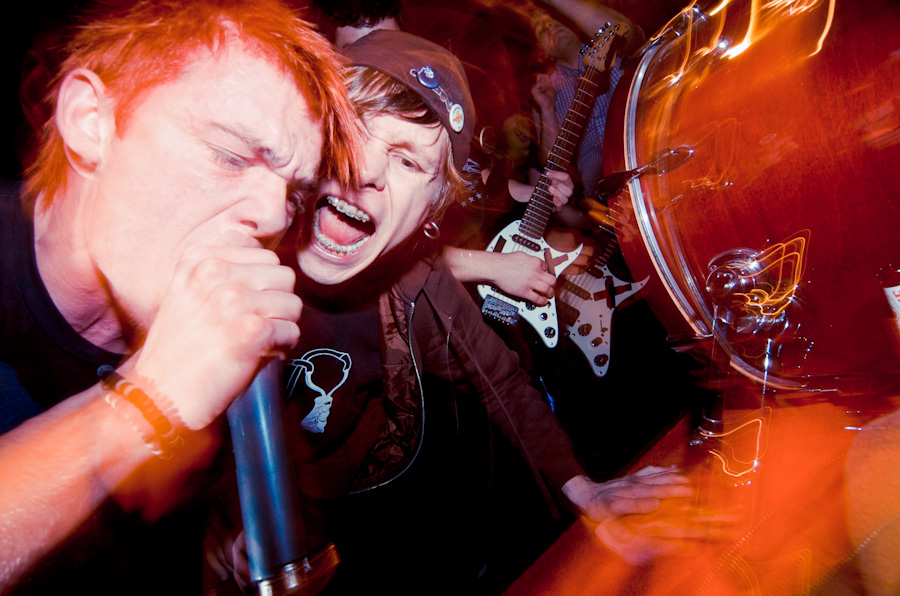 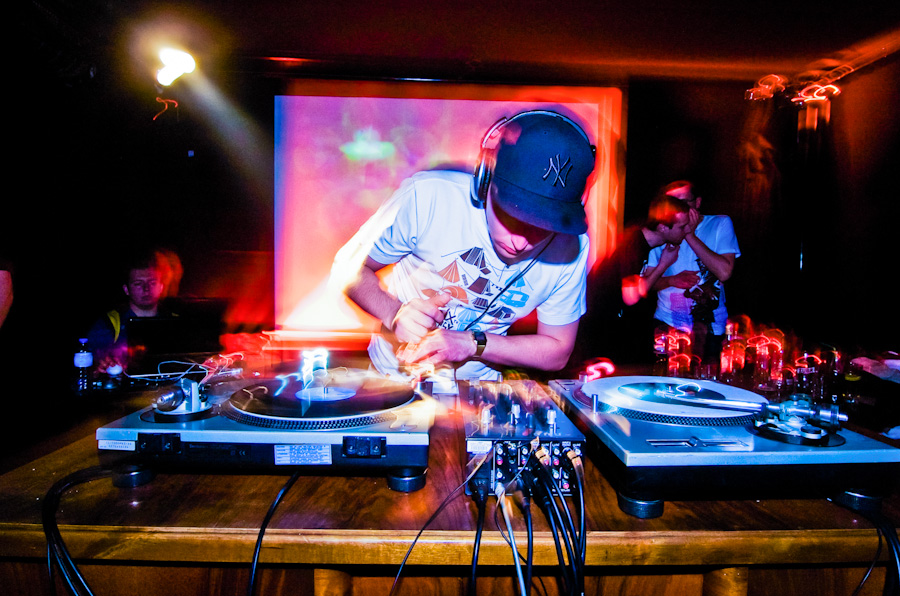 Q: Do you think that your position working for Leica in Poland and coming into contact with the “best photographers” has put your on the fast track in developing a personal style and evolving as a photographer? And how do you see that evolution happening going forward?

A: Absolutely. Every time I meet a good photographer I’m interested in discovering his way of seeing the world. It’s also very motivational when you compare it to your own philosophy of the universe. If you sent two photographers to cover one situation, they’ll invariably bring you back two different sets of pictures. But I’m not interested only in my set; I want to see the other one as well. I guess seeing the pictures I didn’t take is the most motivational aspect for me because I don’t want to keep shooting the same photos. Viewing the work of others and really getting into it shows me that there was more than one way to see a situation and tell a particular story and that I should expand my vision if I ever expect to cover it as well as I possibly can.

You can see more of Krystian’s images on his website, krystianmaj.com and his blog, krystianmaj.blogspot.com.