Peter Turnley: Moments of the Human Condition, Part One 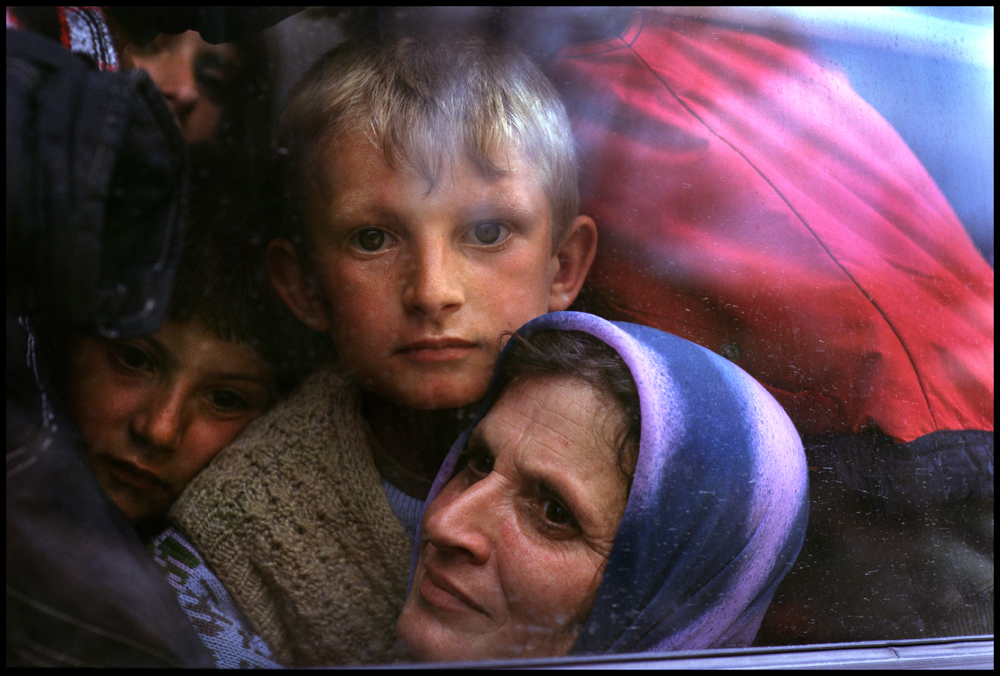 “I have embraced photojournalism as a means to communicate, provoke, and inspire, as well as to document history. I have employed the camera as a voice, to shout out about injustice while affirming what is beautiful and good.” 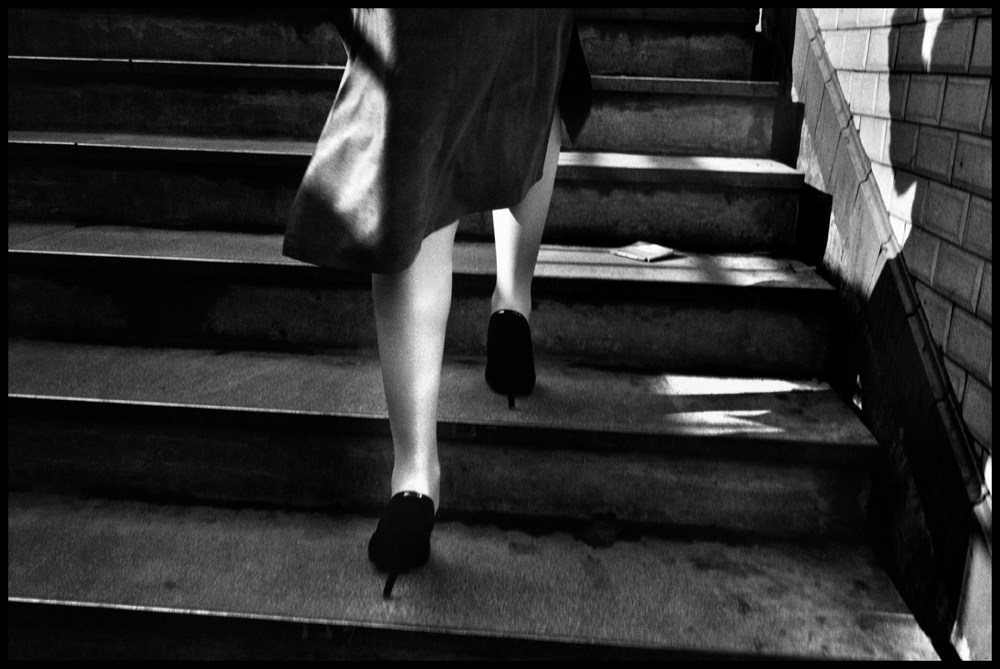 Peter Turnley is a renowned photojournalist who has, for more than four decades, created an enduring legacy of memorable images that reveal the depth, joy, and pathos of our common human experience. Here, in his own superbly crafted and insightful words, is the amazing and inspiring story of his life’s journey, an illuminating voyage of self-expression and self-discovery that continues to unfold. 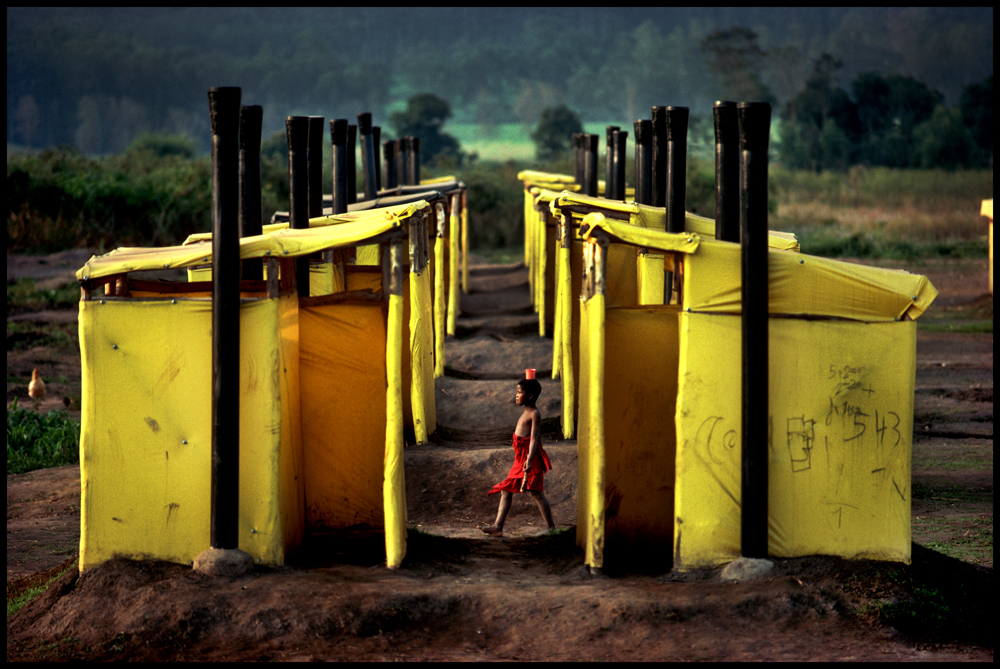 When I review my life as a photographer, I feel blessed and fortunate to have experienced so many wonderful emotions, the most significant being the sense of being alive, powerfully alive. 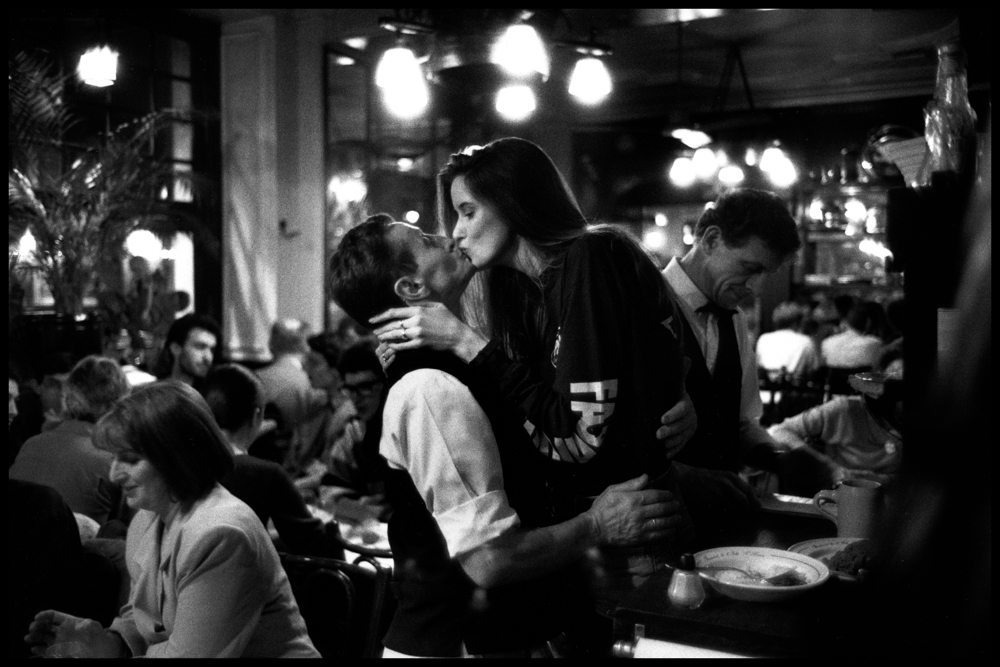 These beautiful experiences began with a book by the master French photographer Henri Cartier-Bresson, a gift from my parents while I was hospitalized with a knee injury sustained during a high school football game. It was 1971, I was 16 years old, and that year in my hometown of Fort Wayne, Indiana, I discovered photography. Cartier-Bresson’s work awakened me to the glory that existed in the common moments of daily life. Suddenly my primary mode of self-expression at the time, sports, gave way to countless forays into the inner city of my hometown with my camera. Photography expanded my world. It has always been, for me, a medium through which I can share my observations and responses to the world. 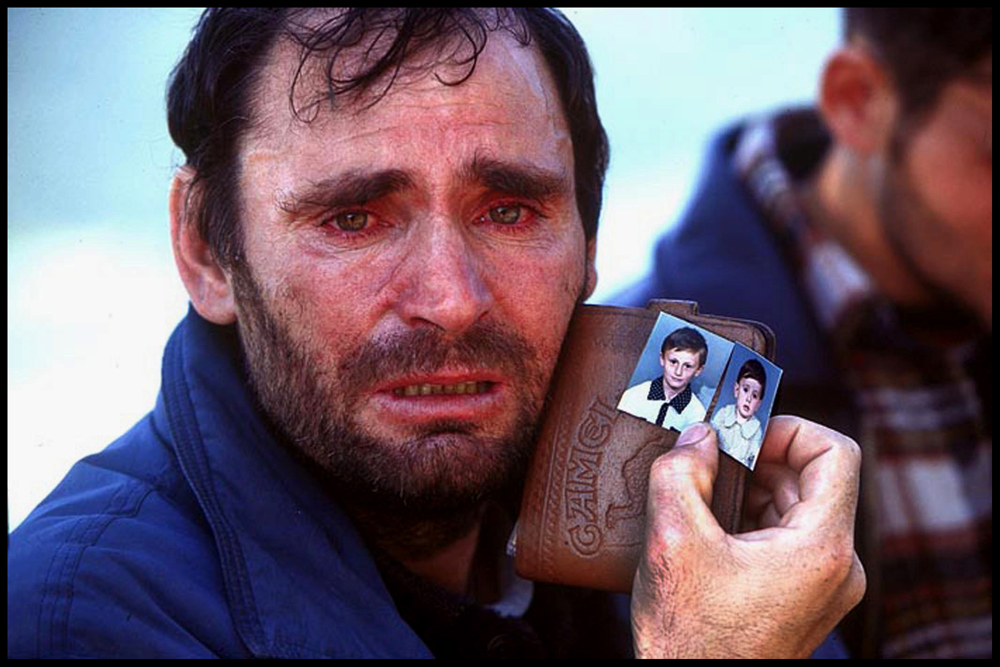 Early on, I discovered that Cartier-Bresson used a Leica camera, and in 1972, with money earned from a highway construction job, I bought my first Leica M4, a 50th anniversary model, with a 50mm f/1.4 Summilux lens. Throughout my life in photography, I have used a Leica for much of my street photography, and have always felt that it was like being accompanied by a friend as I have walked and looked at life. For many years, I have used an M4, then eventually an M6 and M7, and most recently a M9-P digital camera. I have been delighted with the way in which all of the Leicas I’ve used have offered me the opportunity to establish a rapport with my subjects with a camera that has wonderful lens, and a body that is elegant and discreet and doesn’t overpower quiet moments with an obtrusive presence. I have always chosen very fast lenses and generally have worked with the 28mm and 35mm focal lengths that allow a sense of intimacy with my subjects as well as establishing a context of the environment surrounding a visual story. 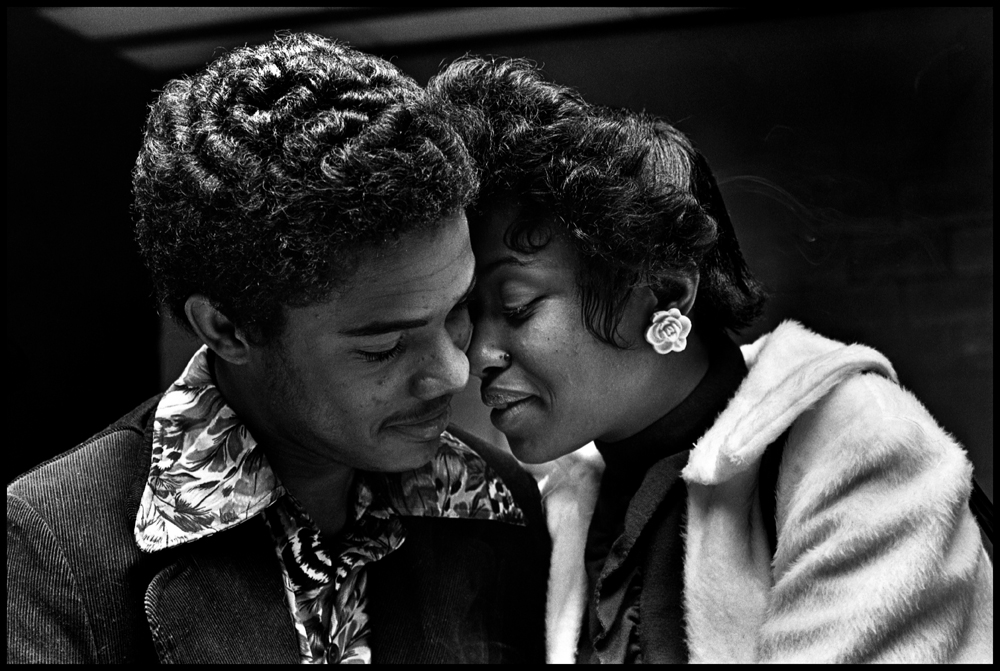 The one thing that is always clear in my mind is that the people and their stories, and the themes of life that I photograph, are always more important to me than the process of photography itself. 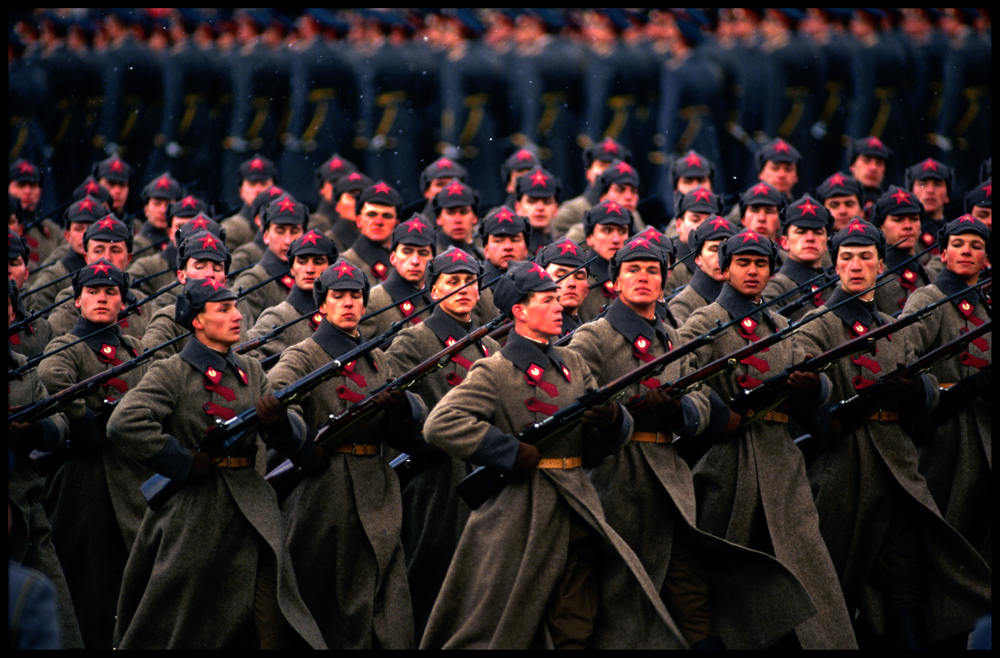 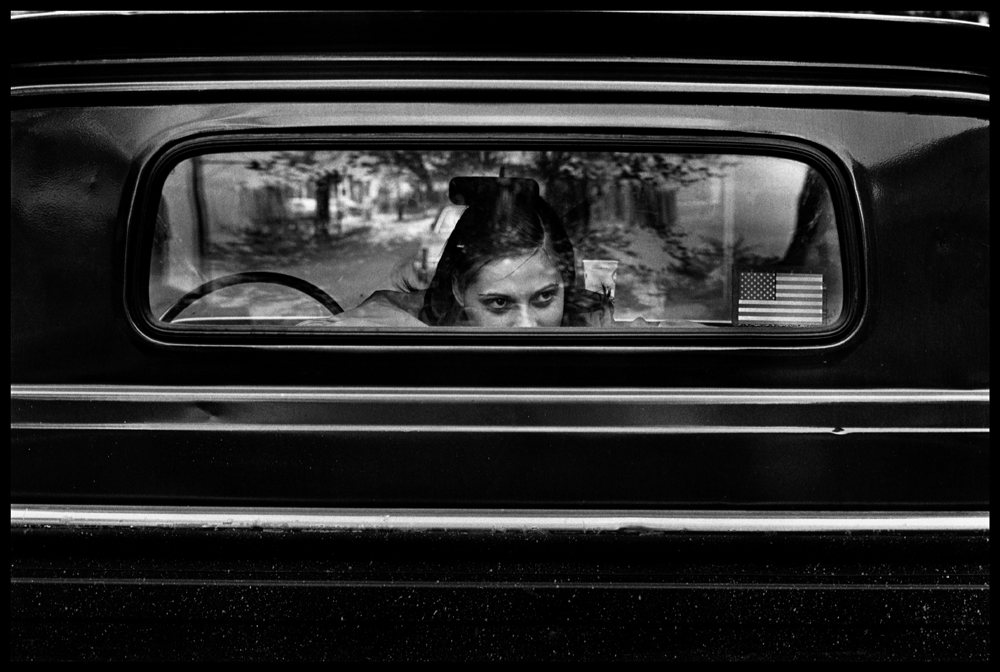 My formal education in photography began and ended with a two-week workshop taken during the summer before my senior year of high school. The Belgian Photographer Gabriel DeLobbe, who taught the course, encouraged me to be aware of my surroundings because “every moment you spend looking down is a moment you are denying yourself the gifts of life that are waiting to be observed.” I soon found myself discovering great books of photography such as The Family Of Man by Edward Steichen, which became my bible in high school. The images of people from around the world impressed upon me the strong potential for photographers to highlight the subtle distinctions that we possess while underlining our common humanity. 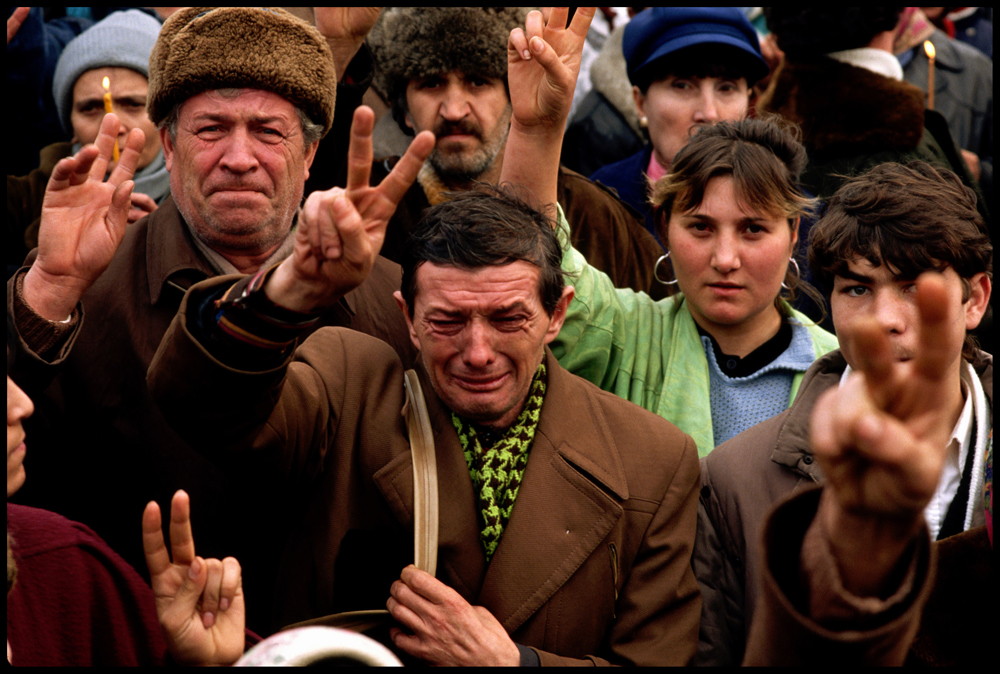 Another great work, Bruce Davidson’s East 100th Street, inspired my twin brother David and me to contemplate the notion of how much life could be discovered in the defined space of a single street. In Fort Wayne, in 1972, David and I discovered McClellan Street. Its residents became the subjects of a yearlong project, which also became our first-ever published work. McClellan Street was three blocks long, its residents primarily of Appalachian and Hispanic origin. The life of the street was always full of outdoor activity, which we documented using our one camera. While one of us was out shooting, the other babysat the neighborhood’s children or struck up conversations with residents of the street. In 1975, the magazine 35MM Photography devoted many pages to our finished photo essay, an incredible boost for aspiring twenty-year-old photographers. 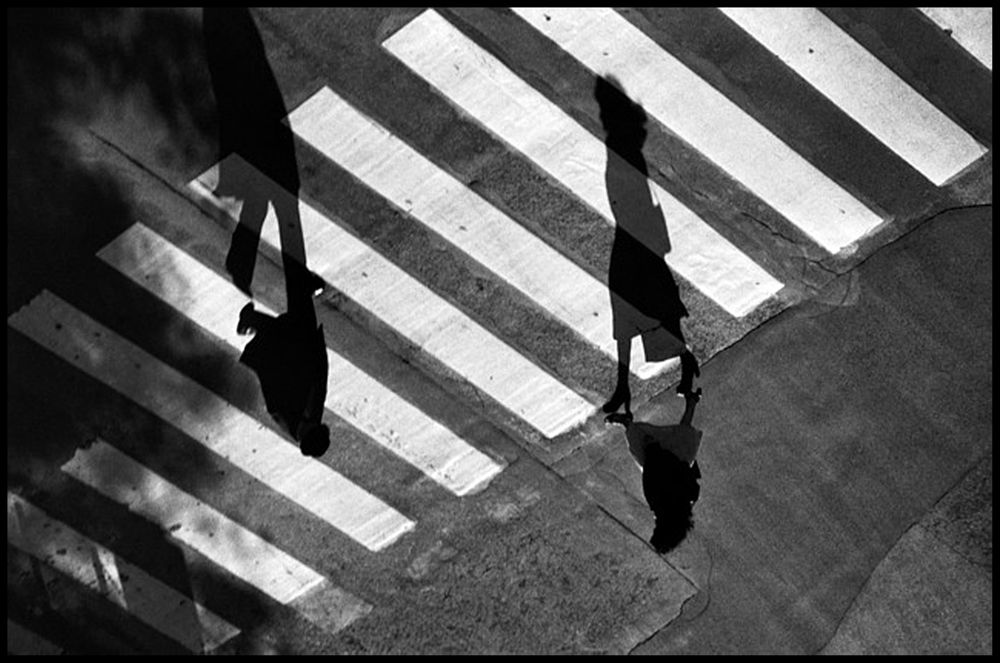 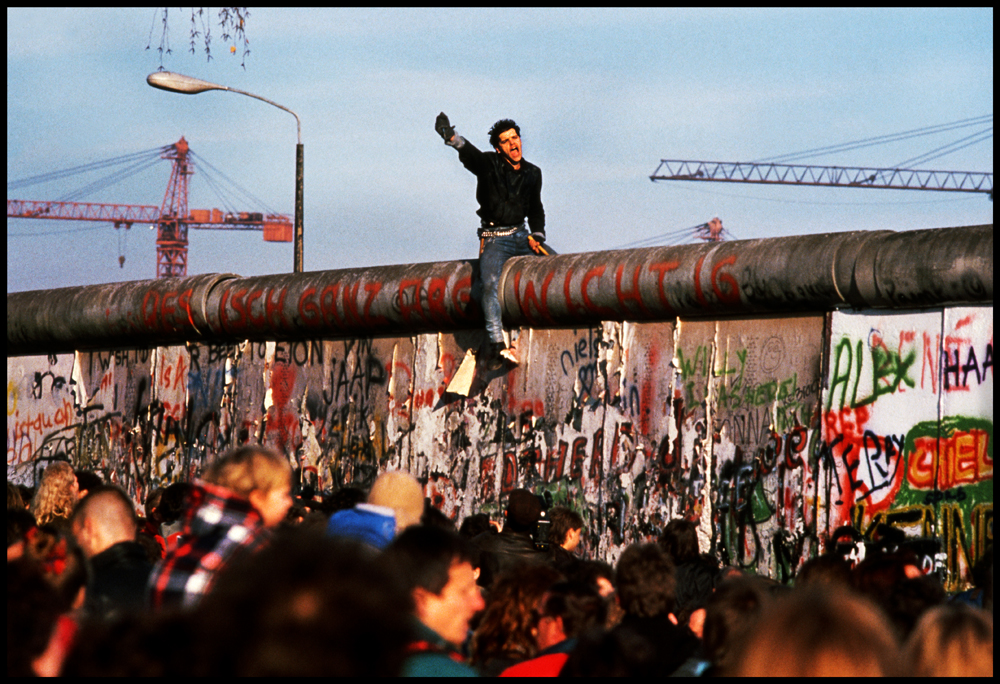 In the fall of 1973 I entered the University of Michigan. During the second semester I commuted between the Ann Arbor campus and Indiana, where I worked as a photographer for the Urban Affairs Department of Fort Wayne. This experience led to work during the summer of 1975 creating a photo-documentary of poverty throughout California for that state’s Office of Economic Opportunity. At the end of that summer John Morris, then photo-editor of The New York Times, invited me to dinner to meet Eugene Smith to present to him this work that I later named “The Other California.” Smith encouraged me to continue, saying he saw the photographs “connecting my heart to my eyes.” 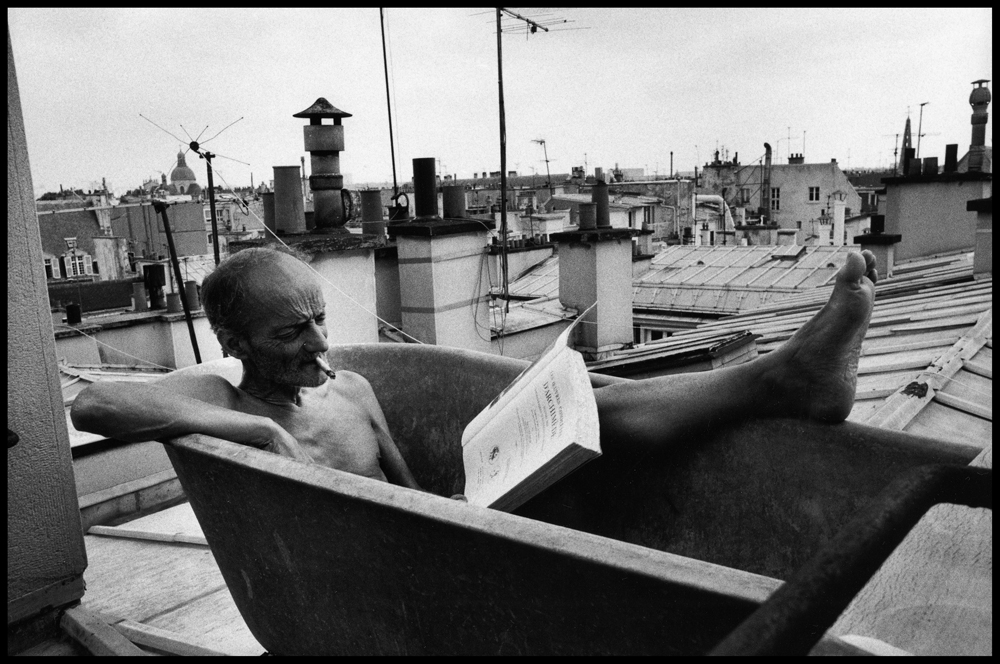 When I returned to Ann Arbor for my junior year, I felt strongly that after a summer immersed in the realities of the world, academia was far removed from my interests. While still in high school, the beautiful, artistic city of Paris had spoken to me through the work of great photographers like Capa, Cartier-Bresson, Atget, Boubat, Brassai, Doisneau, Izis, Riboud, Ronis, and Kertesz. Their images fascinated and inspired me and made me dream. Armed with my dreams, in the fall of 1975 I left college for Paris. 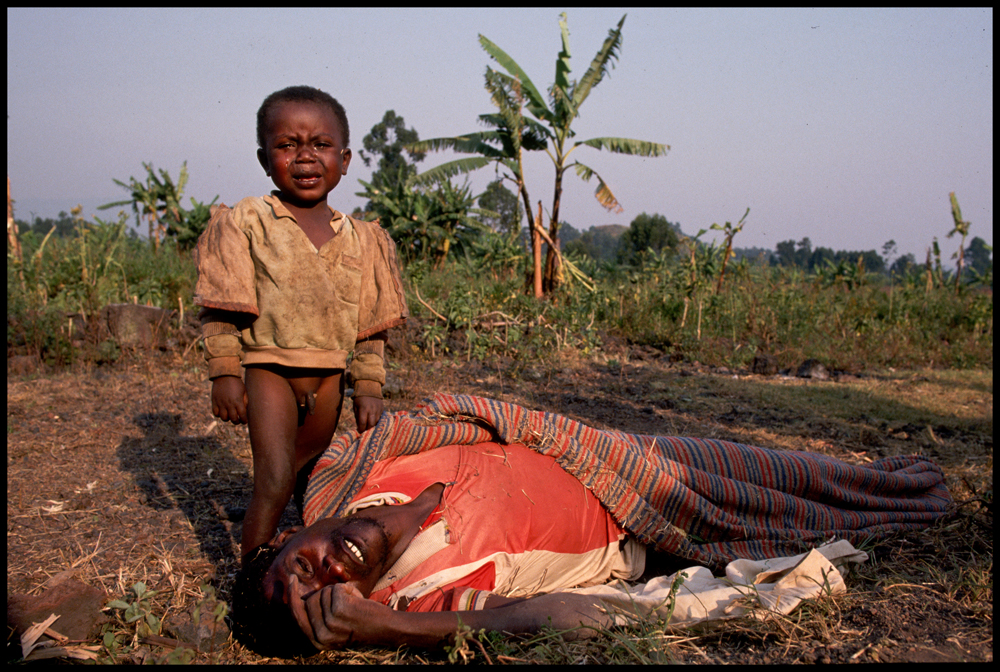 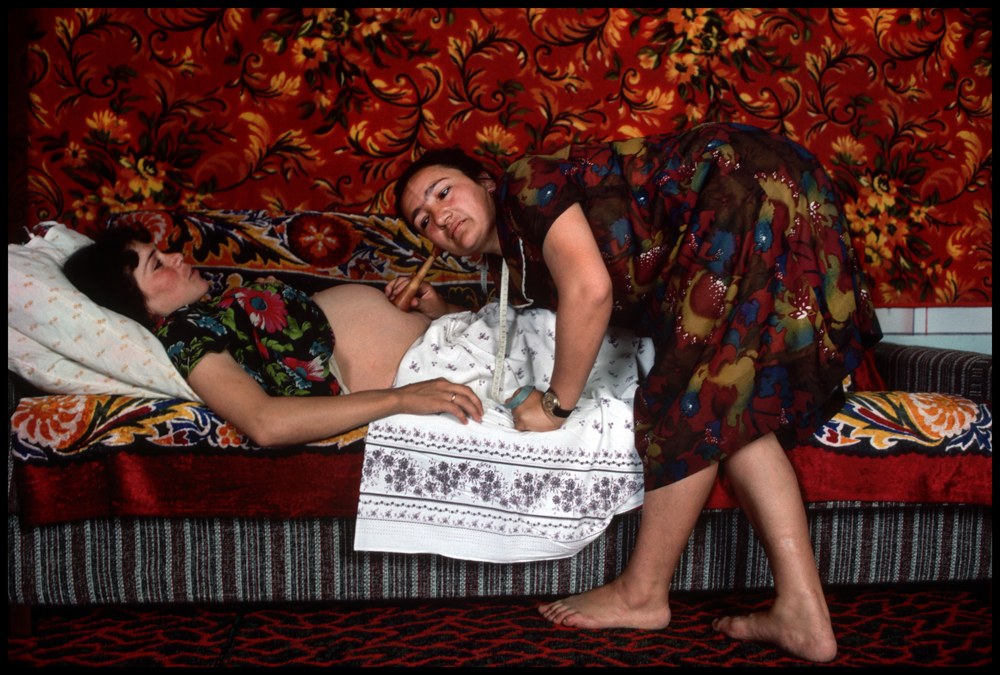 When I arrived in Paris, the city I encountered sang to my senses. My heart and mind were immediately stimulated by its light, vibrancy, and texture. The French language entered my ears like music and I was captured by the dynamic energy of my new city. During the mid-1970s and the early ’80s, philosophical and ideological debates were an active and fundamental part of the Paris scene. There were frequent labor strikes, numerous student demonstrations, and much political agitation. It was the height of the Cold War and, given the centrality of Paris in Europe, one felt in close contact with world affairs. I remember vividly the mass protest marches in Paris when martial law was declared in Poland in 1981. These activities provided a strong stimulus for my young spirit. 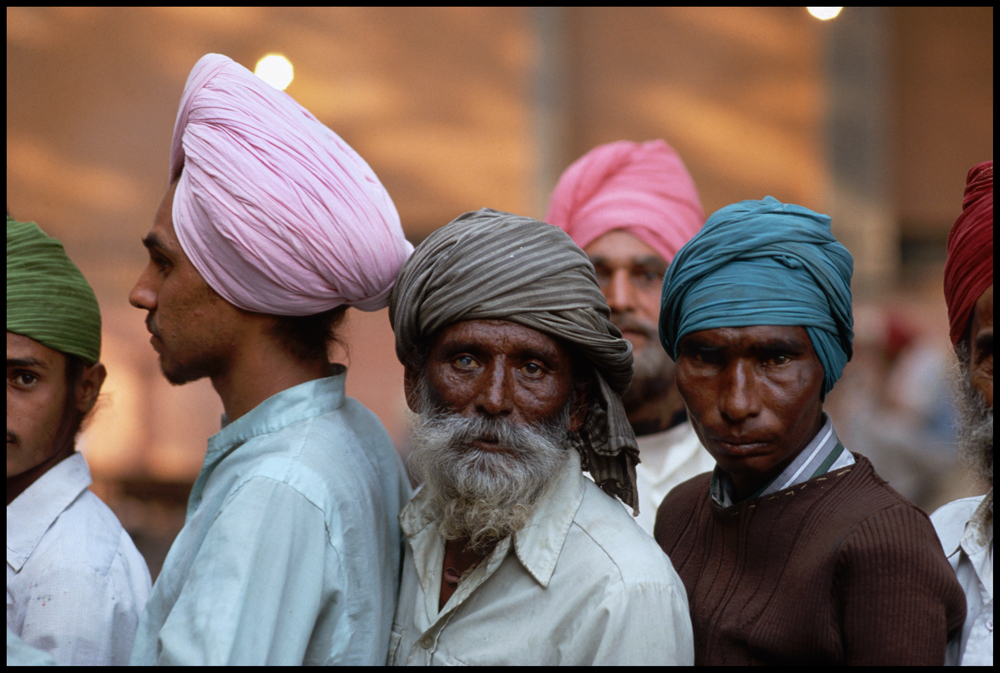 During my early years in Paris I met many of the great French photographers who had inspired me. They advised me and touched my life in profound ways. Both Edouard Boubat and Robert Doisneau befriended and inspired me. Josef Koudelka, whom I met in the Luxembourg Gardens carrying his wonderfully beat-up Leica, taught me by example to appreciate a nomadic existence like that of the Gypsies he so often photographed. And one day, Andre Kertesz spoke to me on the balcony of my garret apartment on the Île de la Cité about the importance of understanding light in photography. My encounters with Henri Cartier-Bresson always left me feeling blessed, because his personal presence, language, and words always reminded me that photography is not at its core about cameras or film vs. digital, but about exploring and contemplating the richness of life and the world around us. 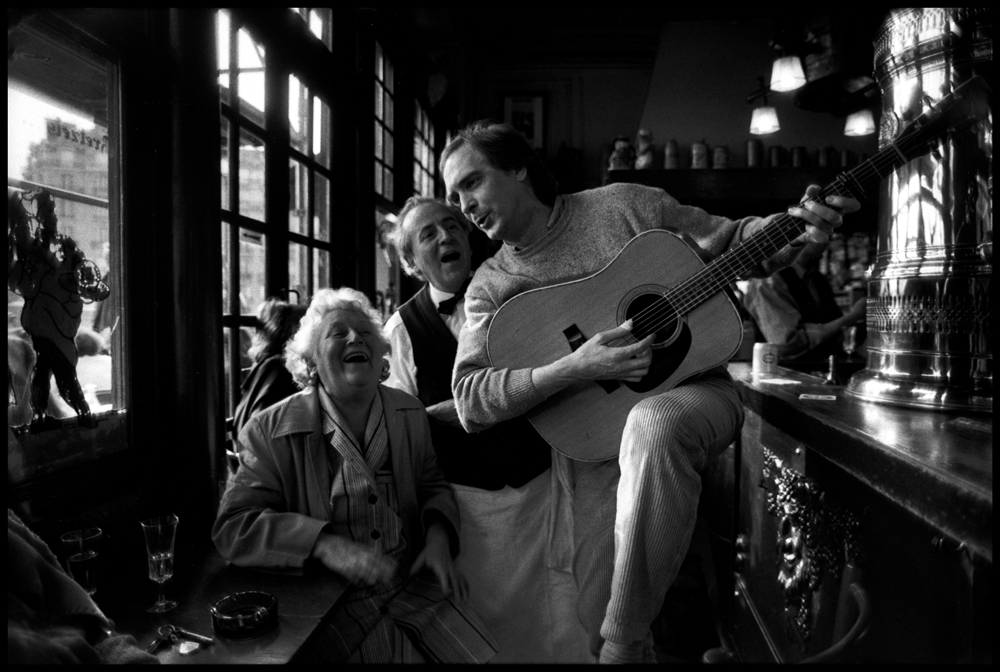 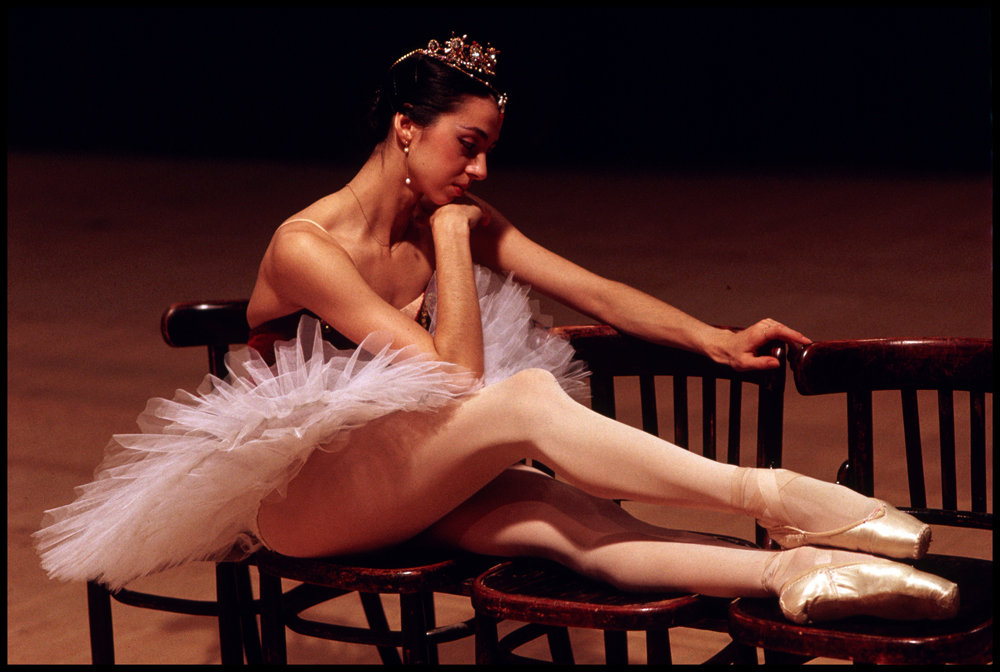 After I completed studies at the University of Michigan, the Sorbonne, and the graduate program in International Relations at the prestigious Institut d’études Politiques of Paris, Robert Doisneau offered me the opportunity to work for him printing his pictures. He also introduced me to the director of Rapho, his agency. My work at the celebrated Paris photography lab Picto, where I had worked as a printer while completing my graduate degree, prepared me for this opportunity with Doisneau, which came at a time when my professional future was still uncertain. From Doisneau I learned the power of hard work, patience, and meticulous organization. 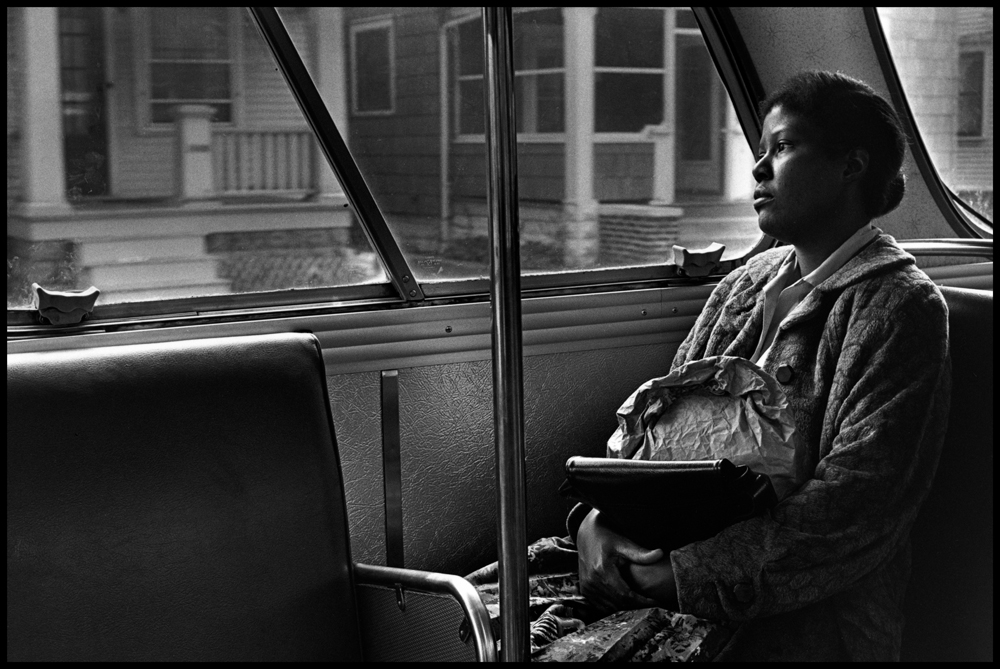 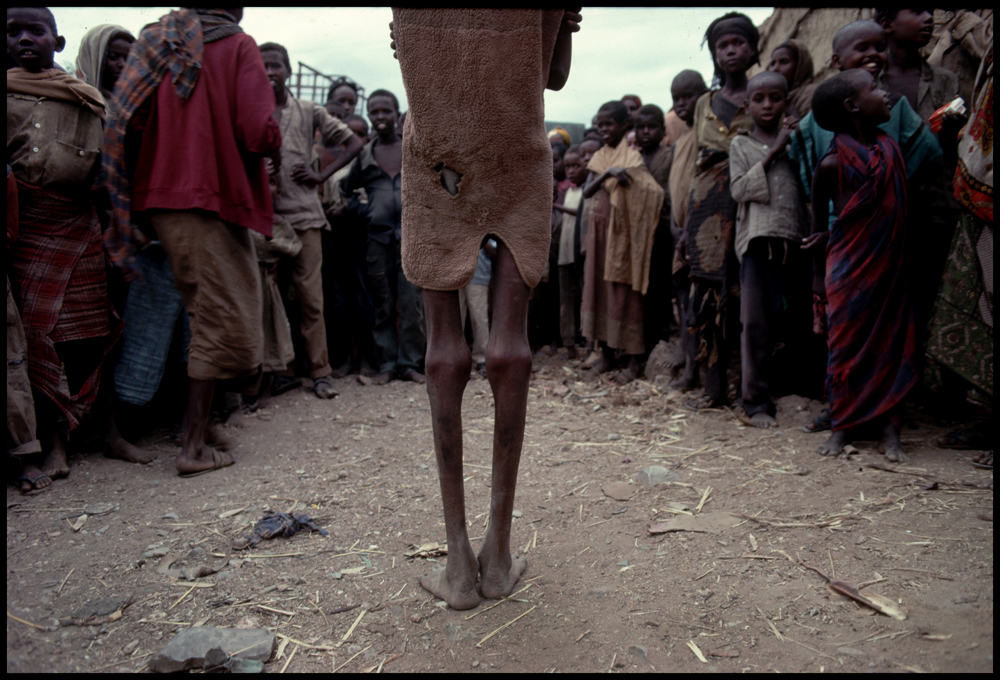 While printing for Doisneau, Rapho began to offer me regular assignments for major international publications including The New York Times, Time, Newsweek, and many French magazines. I quickly learned to satisfy the needs of these publications while following my own journalistic instincts and passion. In 1984, Newsweek sent me to cover Indira Gandhi’s funeral and the ensuing sectarian violence. This first foreign assignment would change my life. I developed an insatiable desire to travel and to document people whose plight deserved the world’s attention. I worked on contract with Newsweek for most of the next two decades and my images graced the cover of Newsweek 43 times. Since 1984, I have covered most of the major historic and geo-political stories that have defined our world. My images have appeared in most of the significant international magazines. 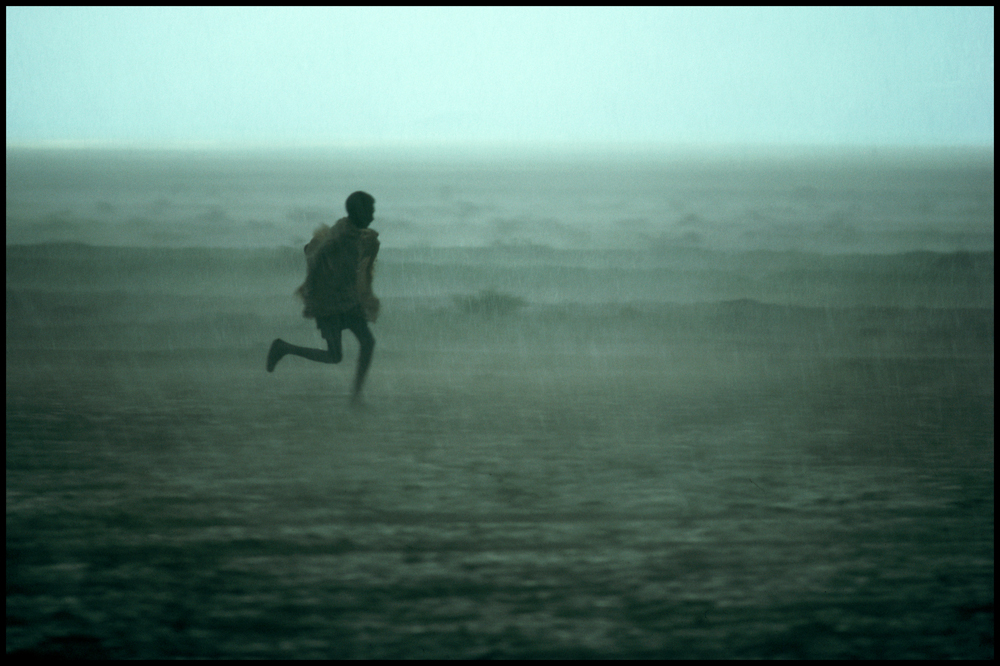 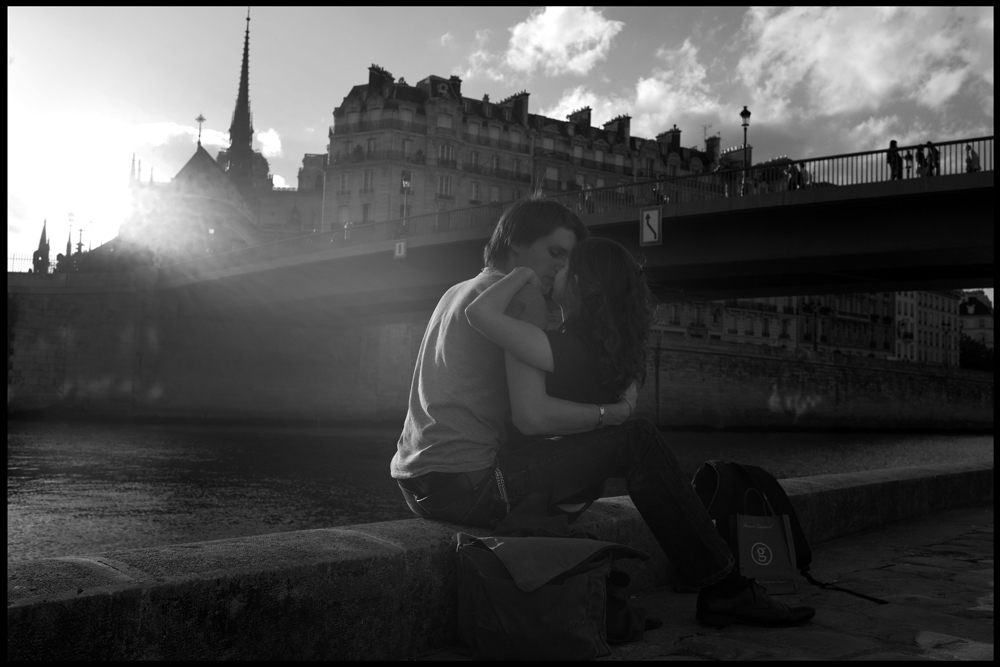 In the next installment, Peter Turnley will relate his heartfelt insights on to covering such seismic world events as the fall of the Berlin Wall, most of the international conflicts of the past three decades, the release of Nelson Mandela from prison, and the tragic plight of refugees worldwide, as well as his experience of being in the presence of world leaders from Mitterand to Putin, and superstars from Princess Diana to Mohammed Ali. Turnley will conclude with some thoughtful commentary on the changing role of photography, guidance for emerging photojournalists, and an assessment of his mission and accomplishments.

To view more of Peter’s images in this series, visit Moments of the Human Condition. His website is www.peterturnley.com where you can also learn about his workshops. Peter is also on Facebook.

Peter is the first speaker in the Leica Lecture Series with stops in Austin, TX, on April 18; Washington, D.C., on May 2; and New York City, NY, on October 11. These lectures are free and open to the public. To register, email RSVP@leicacamerausa.com.