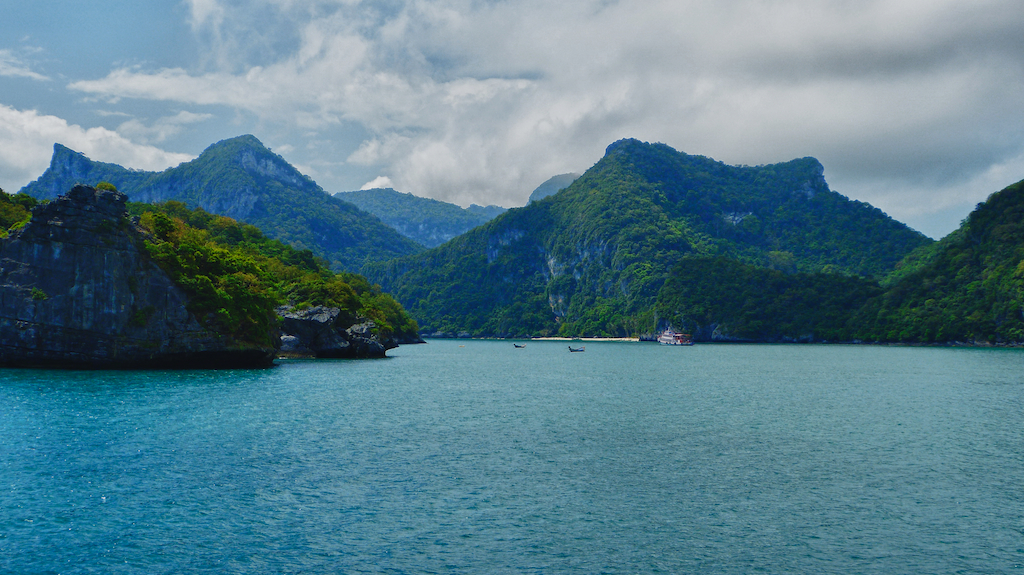 Answer to “Where am I?”: The island of Koh Samui

Congratulations to everyone who answered correctly on the blog, Facebook and Twitter: Chua, Cece, Ernest, Nick, and Lee.

If you haven’t visited, you must… and if you have, you will never forget!

I am always on the road and luck plays a huge part in where I travel. This year alone, I have been lucky enough to visit Thailand twice: once to Chiang Mai and Chiang Rai and, more recently, to Bangkok and the beautiful island of Koh Samui.

“Luck” played a huge part in the discovery of the Dead Sea Scrolls, the ruins of Pompeii and the foundations for the black “Taj Mahal”.

“Luck” also was present when The Golden Buddha (also known as Phra Phuttha Maha Suwan Patimakon) was rediscovered in Bangkok, Thailand. It is the largest gold statue in the world and sits 3 metres tall. It weighs 5.5 tons and would cost a mighty $320 million dollars to produce today!

It was molded in the 14thcentury (the Sukhothai period) and is made of three pieces. To save it from being stolen and melted down by Burmese invaders, it was disguised by local Thai Buddhist monks by covering it in thick plaster and colored glass. Then in the 19th century, it was moved to Bangkok from the town of Ayutthaya and was installed into a temple by King Rama III who was unaware of the amazing golden statue within the plaster statue.

In 1955, while being lifted into a new home (Wat Traimit), a crane cable broke and the statue crashed to the ground. It was left overnight during the rainy season and in the morning, the temple’s Abbott discovered that the plaster had cracked – revealing the pure gold statue of Buddha. It was rediscovered after 200 years!

How lucky was that?

Varun Sharma is the host of Inside Luxury Travel – a television show that focuses on high-end travel. The show airs in over 169 countries, in 21 languages and is beamed into 1 billion homes worldwide. He has now stayed in nearly 700 luxury hotels & resorts … and has in the past couple of  years has flown in a fighter jet, gone diving – without a cage – in Tiger Shark infested-waters, had dinner with a dingo and has cooked with over 75 Michelin-starred chefs! His new venture Culinary Travels starts airing later this year. He likes nothing better than playing a round of golf with his pooch Gemima by his side, cigar in mouth and flask of single malt Scottish whiskey to hand!