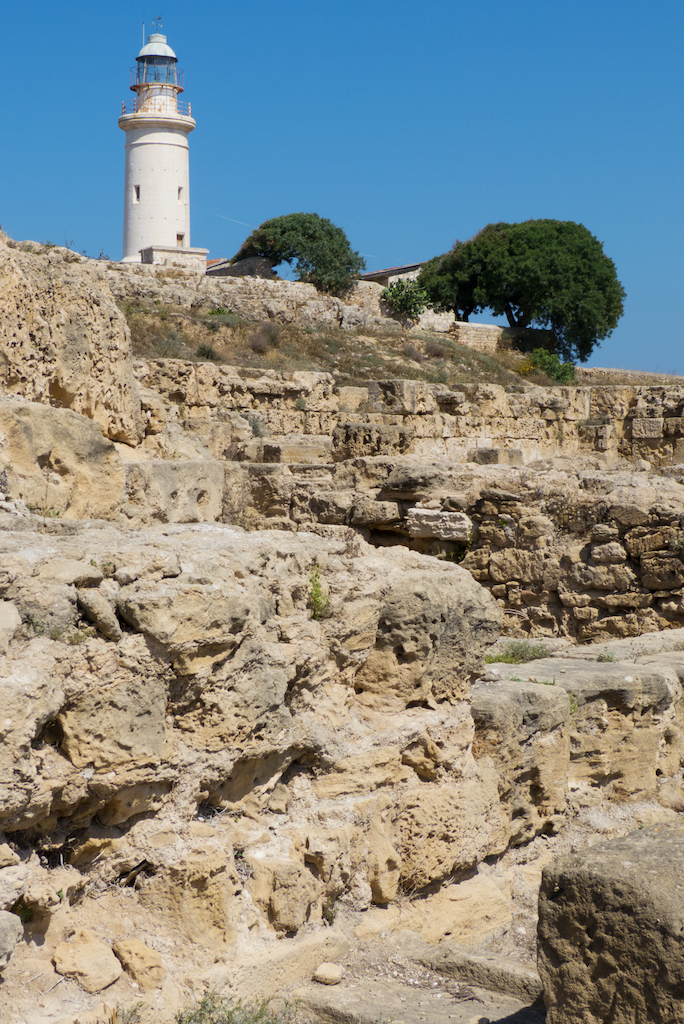 Answer to “Where am I?”: Cyprus

Congratulations to everyone who answered correctly on the blog, Facebook and Twitter: Javier, Tony, Graham, Patrick, Simon, Michaela and Imad.

Cyprus is the third largest and the third most populous island in the Mediterranean Sea. It sits north of Egypt, south of turkey and east of Greece. The island is a popular holiday destination and there are a plethora of hotels & resorts along its coastline.

Through its long history and due to its strategic geographical importance,  Cyprus has had many conquerors including the Ottomans, Assyrians, Romans, Persians and Greeks. This is visible in some of the most amazing ancient ruins in the world.

Legend has it that the Greek God of Wine & Vineyards (and ritual madness & ecstasy), Dionysus, plucked a single grapevine from Persia and planted it in Cyprus and that’s how wine-making started in the country.

Legend has it that the Greek Goddess of Love & Beauty (and as it happens pleasure & procreation), Aphrodite, was born on the island of Cyprus, near Paphos.  The story behind her birth involves castration and a scallop shell! There’s even a rock – Petra tou Romiou and “if you swim around it, you will be blessed with eternal beauty.” I have tried it to no effect!

I love a good legend.

At school, I was forced to learn Ancient Greek & Latin and I remember thinking what an incredible waste of time this was until I first visited Athens and indeed Cyprus.

My love affair with this island began over a decade ago, due to a superb hotel (The Anassa “Queen” in Greek), then the scenery, then the golf courses and finally, its incredible history.

Legends aside, the island has tangible landmarks that take you on a lesson of discovery.

Paphos (town) was once the capital city of Cyprus and is the closest point to Egypt.

In the 1960’s a farmer tilling his land close to the town center, stumbled across ruins and more importantly, some of the greatest mosaics in the world. The “House of Dionysus” (part of the Archaeological Park), is filled with amazing art that was once just flooring! Nearby you will find the only “Odeon” on the island. An amphitheater and a theater (a full and a demi-circle) were used for plays – an Odeon for music performances.

In 1152, the Monastery of Chrysorrogiatissa, located at the foothills of the Troodos Mountains and dedicated to “Our Lady of the Golden Pomegranate,” was established in 1152. Over its lifetime, it has become one of most important religious centers in Cyprus. It is filled with unique treasures and artifacts – taking visitors on a Christian and social journey of the country over one thousand years.

The current Abbott by the way, is an accomplished winemaker and his name? Dionysus of course!

Varun Sharma is the host of Inside Luxury Travel – a television show that focuses on high-end travel. The show airs in over 169 countries, in 21 languages and is beamed into 1 billion homes worldwide. He has now stayed in nearly 700 luxury hotels & resorts … and has in the past couple of  years has flown in a fighter jet, gone diving – without a cage – in Tiger Shark infested-waters, had dinner with a dingo and has cooked with over 75 Michelin-starred chefs! His new venture Culinary Travels starts airing later this year. He likes nothing better than playing a round of golf with his pooch Gemima by his side, cigar in mouth and flask of single malt Scottish whiskey to hand!