Mark Seacat: Finding Himself in “Searching for West”

The Leica camera Blog Uncategorized Mark Seacat: Finding Himself in “Searching for West”

Growing up with breathtaking Bozeman, Montana as a backdrop, it’s no wonder that Mark Seacat found his passion in the outdoors as well as in filmmaking. There is grandeur about the area that inspires reverence. “Searching for West” was born out of a time when Mark’s son, West, came into his life, and he contemplated about how he could serve both his family and his passion as an outdoorsman to the best of his ability. As an aspiring filmmaker, Mark’s creativity kicked in as he brought his story to life, knowing many men could relate to the desire to create harmony in the different aspects of their life. “Searching for West” premieres on the sixteenth of August in Bozeman, Montana at an in-person screening. The film will be released worldwide online on August twenty-second. We caught up with Mark to hear what inspired the project. The following are his insights: 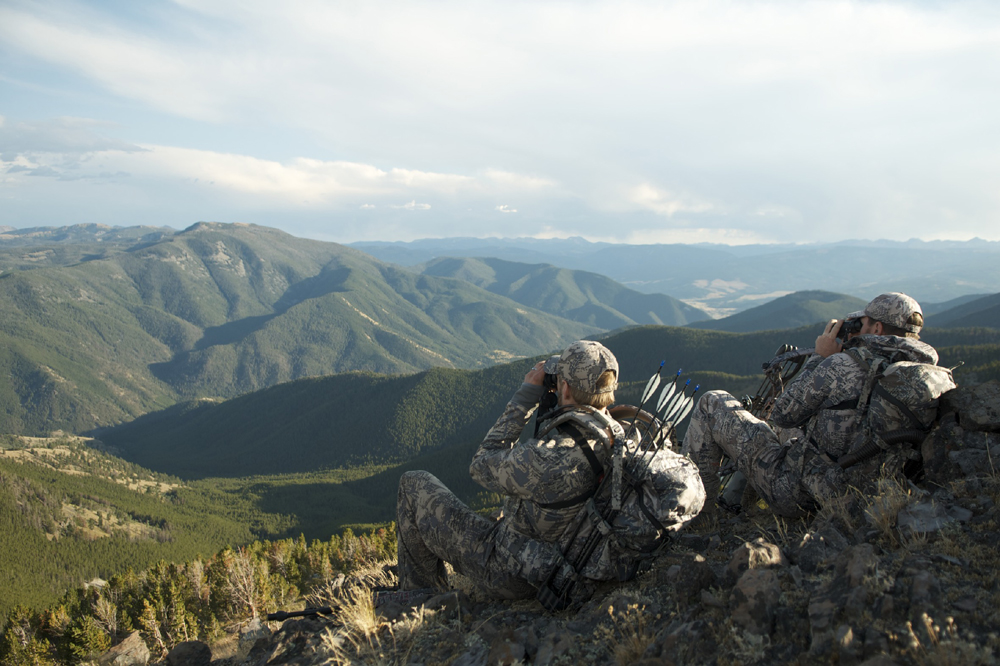 Q: Can you tell us about “Searching for West”? What goal are you trying to achieve with the film?

A: We started playing around with video content for an Elk hunting video for the upcoming elk-hunting season for Sitka Gear, another company I work closely with. I’ve been elk hunting my entire life and they wanted to tap into what I do and what makes elk hunting special to me. In terms of Leica, we naturally used their gear in the film and think of them as family before getting Leica involved even entered our minds as a possibility later in the project. The whole film was shot within a one hundred mile radius of Bozeman, Montana. The editing is still in the works, but the final film will be somewhere between 20 – 25 minutes long. It shouldn’t be understated that I myself am merely an “aspiring filmmaker”, I partnered on this project with Christopher Murphy, Kina Pickett, and the entire staff of the Helio Collective here in Bozeman Montana. It’s the Helio team and their drive that turned this piece into what it is today.  I was kind of like the last kid picked for the team, taken under the wing of the best player!

Q: According to your company’s description, you have a specific, raw approach to outdoor adventure storytelling. Could you tell us more about your approach and how it applies to “Searching for West”?

A: Obviously our goal in everything we do is to make it as authentic as possible. We want to give people the opportunity to feel as if they’re there, whether it’s the person being filmed, or the filmmakers themselves. That’s our goal.

It was complicated to do that when we were filming “Searching for West”.  The cameras we were using required serious operators, which meant taking non-hunters into the field to document what I was doing. It was definitely very authentic and very real, very raw. There were no preconceived notions about what a hunting film should be, it was just capturing the entire experience in the moment.

It’s as raw as it can get. It shows an emotional story about a man’s journey from hunting all over the world – many days a year – to someone who’s hunting close to his home, focusing on being home and being a father, a husband, a hunter.  I feel like almost every hunter and non-hunter can relate to our story. 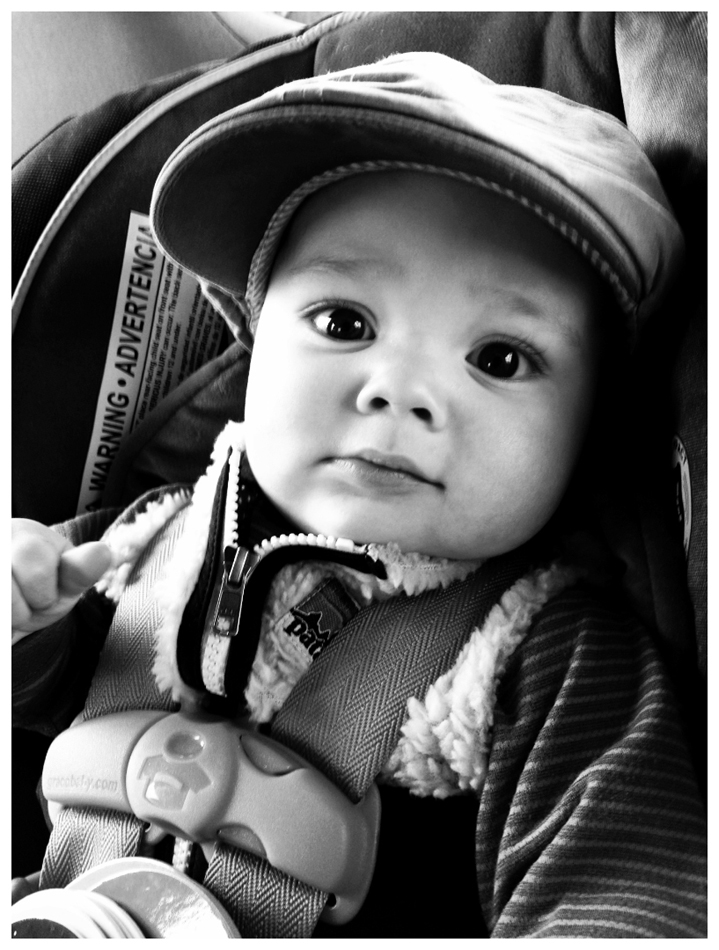 Q: Did you have the idea for the film prior to your son, West’s, arrival?

A: We sat down in October of 2010 and decided we wanted to tell a story through film. As we sat down and said let’s tell a story, we kept asking ourselves “What’s our story?” We kind of had an idea. At that point, we didn’t know that West was in our future plans! By December though, we knew, and we we’re stoked! We thought about the challenge, “How do we tell a story that’s different from every other one that exists out there?”  Having a child that close to hunting season and the challenges that would face me on that level became the STORY.

Q: The additional camera people must have affected the ability to get very close to the animals, since with hunting films, it’s usually very difficult to get close enough to the animals to get great quality footage. Did you find that was the case with “Searching for West” too?

A: Yeah for sure, I appreciate that. For us, once the ideas came together it was all about making the best quality film possible. We knew we were telling a story about a man’s relationship to his family and to the outdoors, and we wanted to tell that story really well and build on that. Getting close to the animals with types of cameras we’d have in the field and the nature of the country I hunt would be very difficult.

I consider myself an active member of my ecosystem. I’m hunting not for the way hunting is portrayed on TV. I’m not hunting for the bravado of it and to be macho. It’s about conservation, taking only what you need to survive. Going into the season, I still had elk in the freezer from last year. Given that we had food supply, I had the luxury to search for a certain type of animal, one that’s special. It doesn’t always work, but you always have a great experience on the journey.

On hunting TV show episodes, hunting is almost always centered around the kill shot. If we’re going to share this with a lot of people, lots of people who don’t hunt themselves, I didn’t want to show an animal getting killed. It will turn a lot of people off. I want to convey that it’s a spiritual moment that each hunter looks at differently and shares differently with people. For me it’s a very private moment. The general public needs to see what goes into it, to see more of all of the effort it takes… the experience is what I want to share, not the outcome.

Throughout the season, when we started filming, we didn’t know the name of the film. I was searching for this bull for West. The sooner I found the bull, the sooner I could be back with my family. I’d be home a lot more and be back to being a dad. That’s where the title came from. 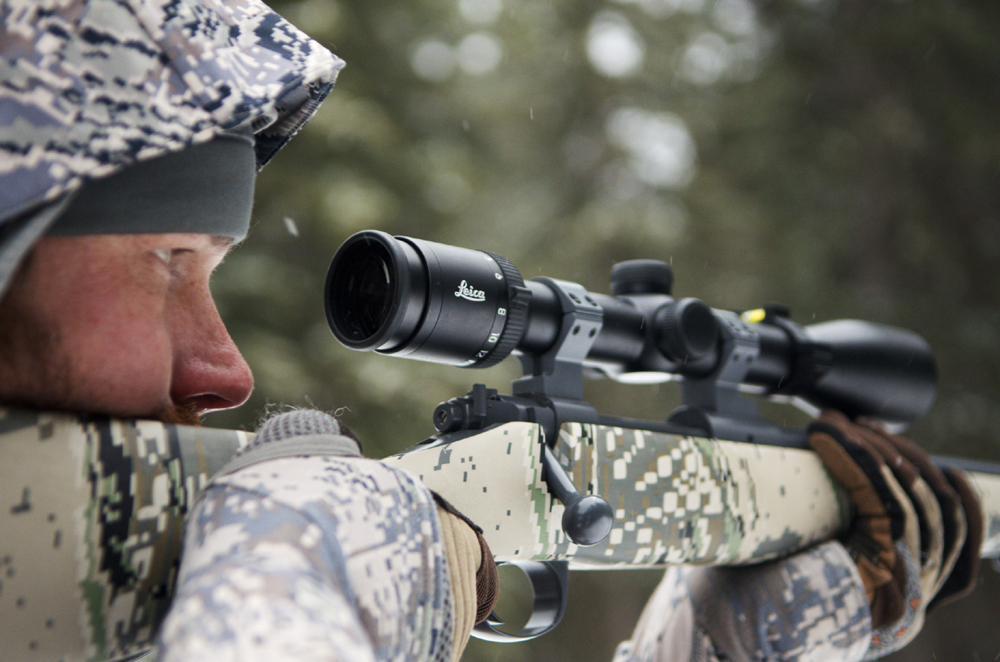 Q: What type of hunting did you do during the filming of “Searching for West”?

A: It was split completely between rifle and archery. In Montana, archery season is six weeks long and followed by a five-week rifle season. I hunted almost every day of the eleven weeks.

A: I obviously have access to the complete range of Leica gear because of my relationship with Leica. I used the Rangemaster 1600, M9 camera, Televid 82 angled spotting scope, 10×42 Geovids, 10×42 Ultravids, ER 3.5×14 riflescope and Leica Bino Harness.

For archery season, I like to use a Rangemaster coupled with Ultravids around my neck; for rifle season, a Geovid works the best and gives me one less thing to worry about, one less piece of gear to carry. 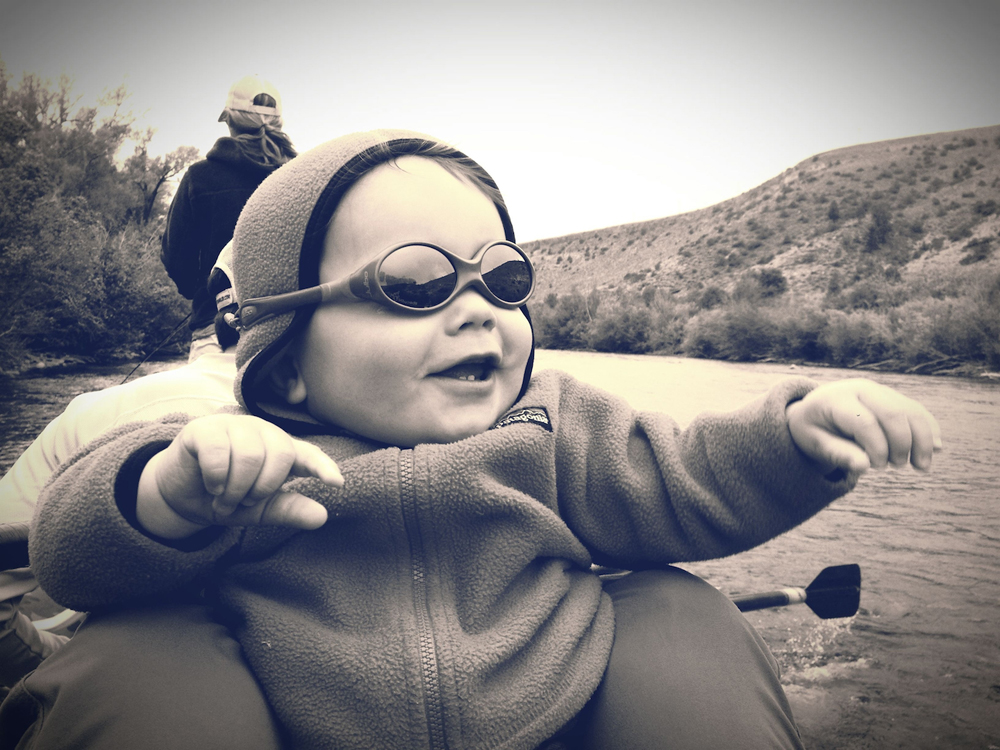 Q: It’s hard enough when you’re just hunting and carrying your survival gear, it’s a daunting task. One reason I was so impressed with the quality of the film is because I know it’s so difficult behind the scenes.

A: There are times like anything else, as a hunter striving to meet your goal, where I got frustrated with loud cameramen and that kind of thing. It’s just of part of it. When you’re used to hunting alone, then having four people with you, obviously, they’re going to make a lot more noise. There was definitely some frustration over that stuff at the time; the rest of it was pretty fun.

One of the great take-aways is the amazing creativity and looking into why it is that we hunt. What drives you to be a hunter? What makes you excited? What is it? We hope people are going to really to connect with the film; everyone is after the same thing of asking why we do what we do.

To enter the “Searching for West” pre-premiere giveaway for a chance to win a Leica Geovid 10×42 HD binocular, click here; winners will be announced at the worldwide online premiere on August 22. To learn more about “Searching for West”, visit www.searchingforwest.com.