Since it was founded in 1968, LHSA, The International Leica Society, has had a close working relationship with Leica Camera. Over the years the Society has commissioned Leica to produce a number of special edition cameras. The early editions were small numbers of regular production cameras with engravings to commemorate anniversaries of the Society, but the later special editions have been cameras (and in some cases, lenses) of unique design that have become some of the rarest and most desirable of Leica collectables.

The first of these was produced in 1978 for the tenth anniversary of the LHSA and consisted of one hundred R3-MOT cameras engraved with the LHSA logo and the years “1968-1978” on the prism housing. Then for its twentieth anniversary, the society ordered forty-three M6 cameras with “LHSA 1968-1988” engraved on the top plate and unique numbers from 20-1 to 20-43 engraved below the LHSA logo.

The next special edition was made in 1993 commemorating the twenty-fifth anniversary. It consisted of a chrome M6 with a unique chrome body cap with the LHSA logo, and three chrome Summicron-M lenses of 35, 50 and 90mm focal lengths in a wooden presentation case.  The body is engraved “Special Edition of 151 cameras for LHSA 25th Anniversary” on the back of the top plate. The regular serial number and a special edition number (25-001 to 25-151) appear on the hot shoe. Each lens is engraved on the inside front ring with “LHSA 25TH ANNIVERSARY” along with a number matching the number on the body.

In 2000 the LHSA decided to produce a special edition M camera with black enamel paint, a finish that Leica had not used in nearly thirty years. Since the introduction of the M5 in 1971, Leica has used a black anodized finish on magnesium alloy top and bottom plates instead of black enamel paint on brass. The black paint finish necessitated the return to the brass top and bottom plate. Engraved on the back of the top plate with the LHSA logo, the words “Special Edition” along with a Leica script logo on the top, this M6TTL was the first Leica engraved with the words “Solms, Germany”. The Leica rondel logo appears in black instead of the normal red. Six hundred and fifty were made with the .72 viewfinder magnification and five hundred were made with .85 finders. Around sixty were made with the .58 finder, making this particular one extremely rare and almost impossible to find on the used market. This was the first special edition not associated with an anniversary.

The thirty-fifth anniversary of the LHSA was commemorated with a truly unique camera set in 2003. Incorporating a distinctly rare grey hammertone finish, the updated Leica MP camera was introduced: a Summicron-M 2/35 ASPH lens with the retro look of the 1950s, and a Leicavit-M Rapidwinder. It was an instant classic. The Leica MP of 1957 with its legendary workmanship, fit and finish, had just been reintroduced at the 2003 PMA photo show with many of the outward style features of the M3 (advance and rewind levers) and the modern conveniences of the M6 (TTL metering, shutter speed dial, film loading and motor interface).  At this time, the Leica MP is still manufactured by Leica. The grey hammertone finish was used in 1964 on ten Leica MD bodies and matching Visoflex housings and was rarely seen again. This set has grey hammertone paint on the top and bottom plates, the Leicavit-M Rapid Winder, and the vented lens shade. The controls, hot shoe, and the strap lugs have a contrasting chrome finish. The lens is a chrome Summicron-M 2/35 ASPH, but it has the styling of the first eight-element Summicron of 1958. The back of the top plate and the back of the Leicavit-M are engraved with the LHSA logo and “Special Edition 1968-2003”. One thousand sets were produced and have become a highly collectable item. 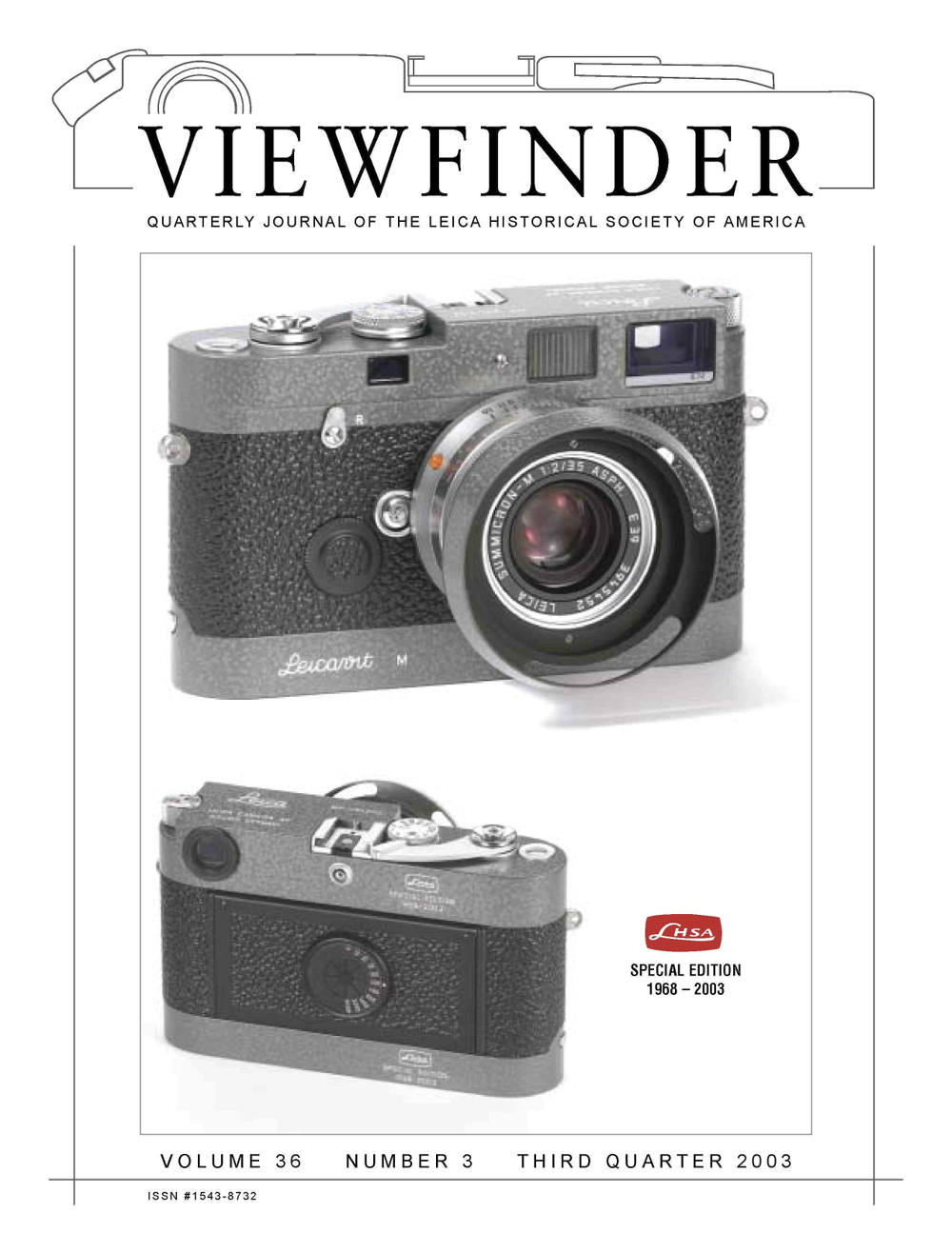 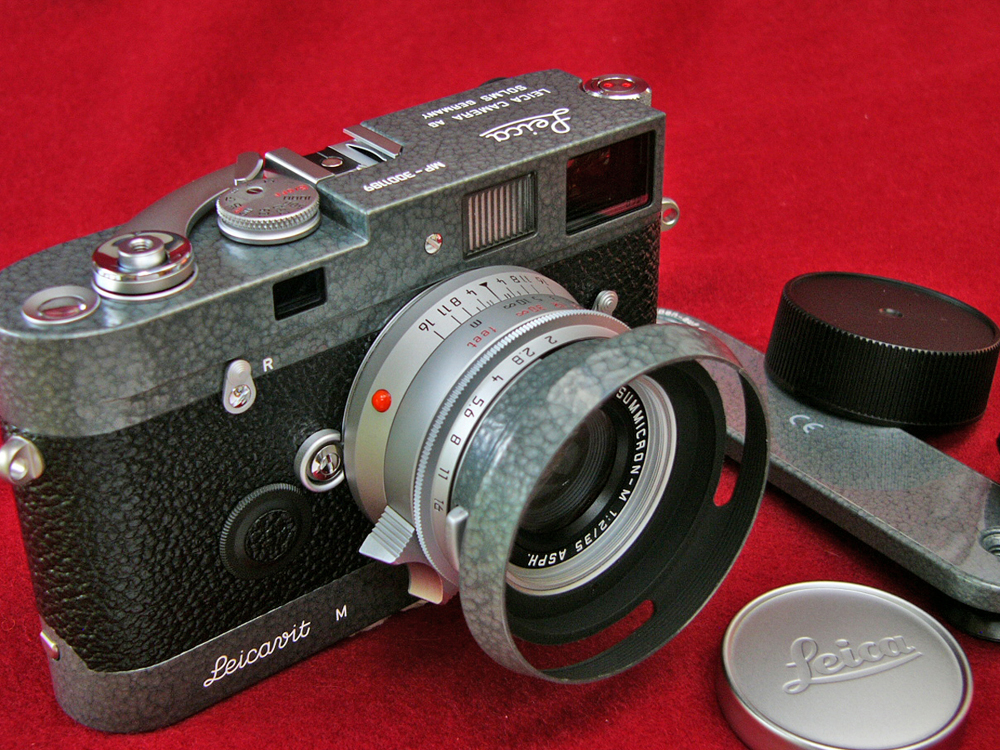 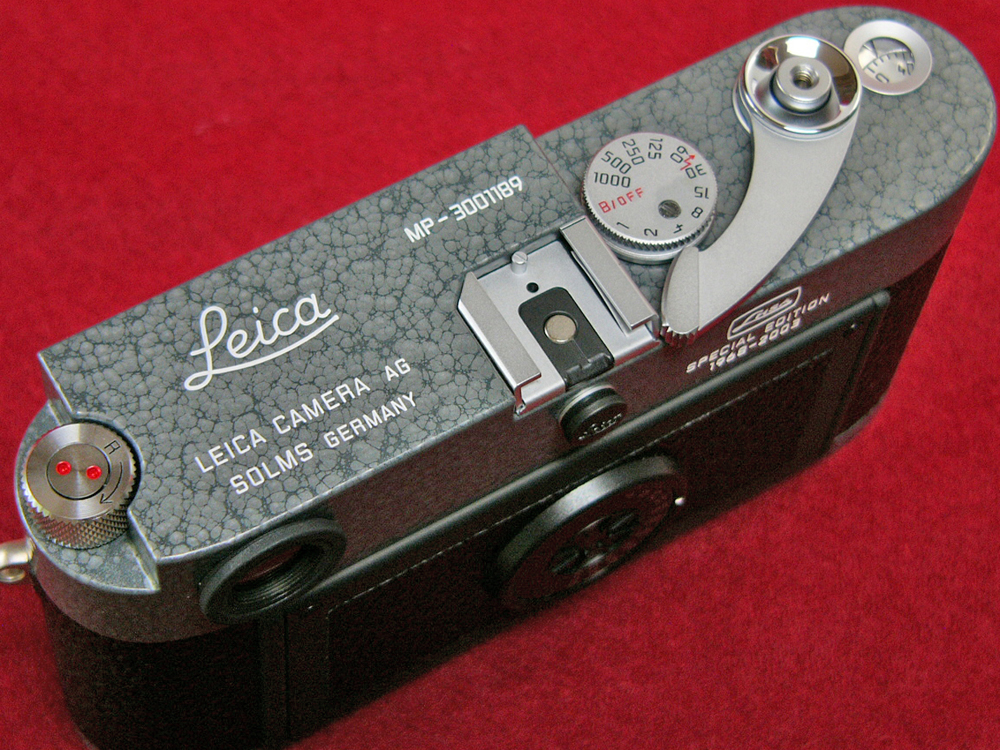 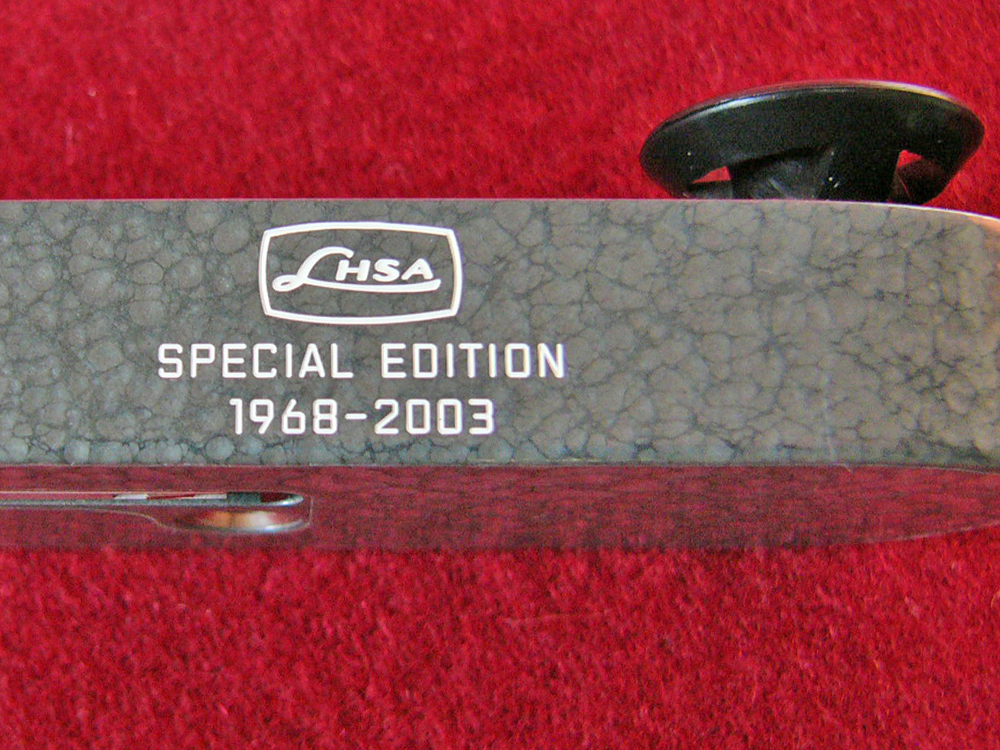 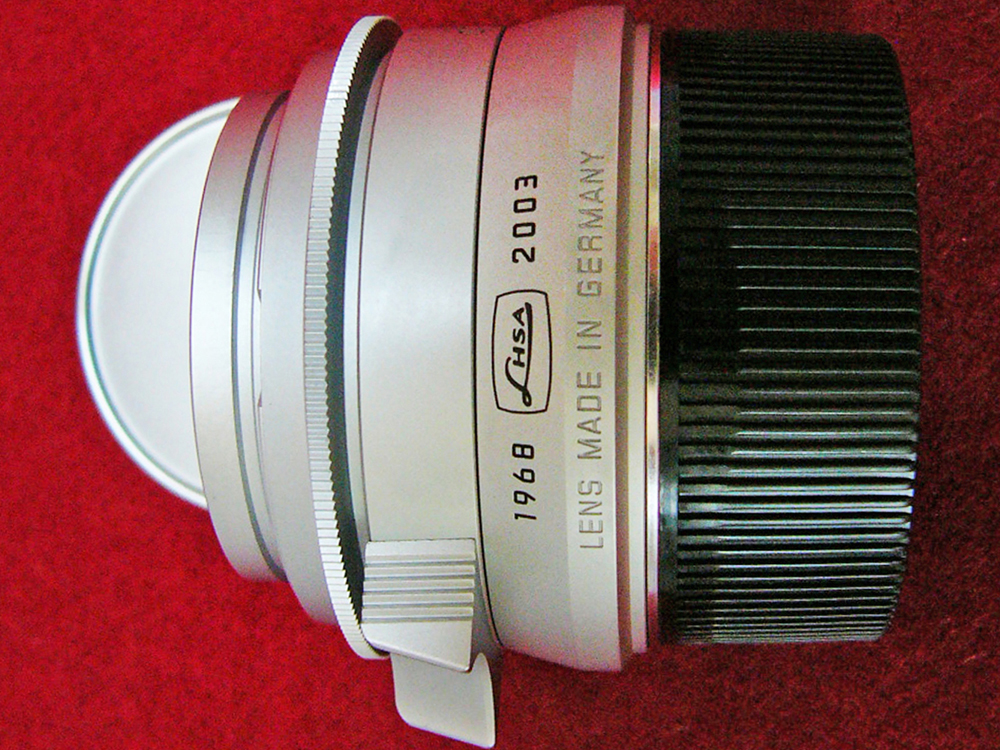 The most recent addition to the special editions is the LHSA MP3 that was introduced in 2005 at the San Francisco annual meeting. This is the second LHSA special edition not associated with an anniversary of the society. Similar to the Hammertone MP above, the one thousand cameras (five hundred with black paint and five hundred with the stained chrome finish) were furnished with a Leicavit-MP Rapidwinder and a Summilux-M 1.4/50 lens. They each have a number of design features harkening back to the late 1950s. The body bears the classic Leica signature logo next to the serial number on the top plate and the “LHSA Special Edition” logo on the inside bottom plate (where it is only visible with the Leicavit or standard baseplate removed for loading/unloading). The Leicavit-MP also has an “LHSA Special Edition” engraving on the inside where it is not seen when attached to the camera. The three rangefinder/viewfinder windows have the raised edges last seen on the M3, but the frame lines are for the 35, 50, and 90mm lenses as on  the M2. The frame counter is an external dial concentric to the shutter release button, and is manually reset – also last seen on the M2. The rewind knob is the M3 style with no rapid wind lever. My favorite design detail is the “dog-ear” strap lugs typical of early M3 models that lends a decidedly retro look to the camera. Two other modern elements that distinguish the MP3 from the classic Leica MP are the hot shoe instead of the accessory shoe of the earlier model, and the addition of an M6TTL-style light meter necessitating the addition of a battery cover on the front of the boy. The Leicavit Rapidwinder is engraved “Leicavit MP” as on its 1950s ancestor. The lens has the outward appearance of the 1959 Summilux 1.4/50, but actually uses the Summilux-M 1.4/50 ASPH formula introduced in 2004. It bears the LHSA logo and is supplied in black paint or satin chrome finish matching the camera body. 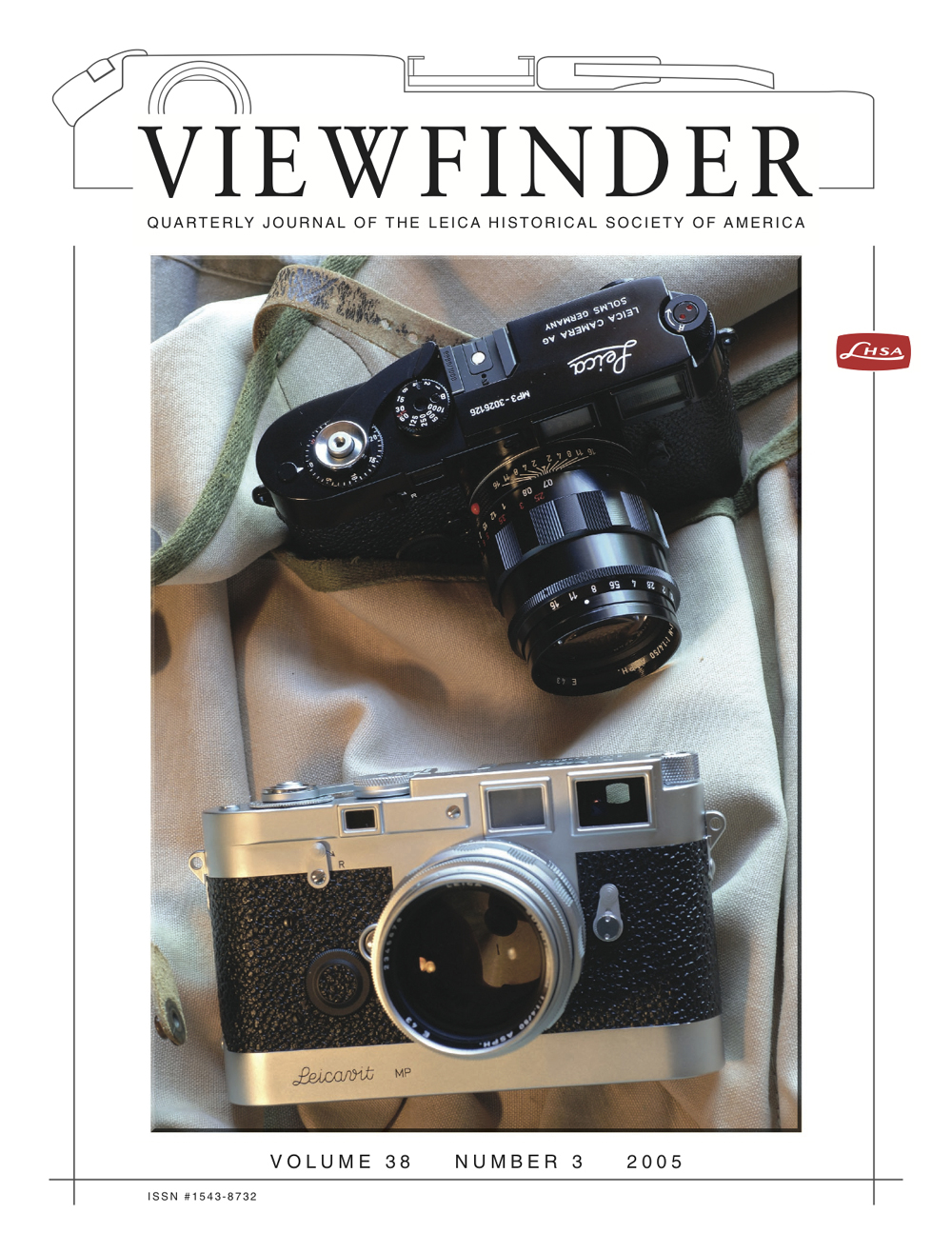 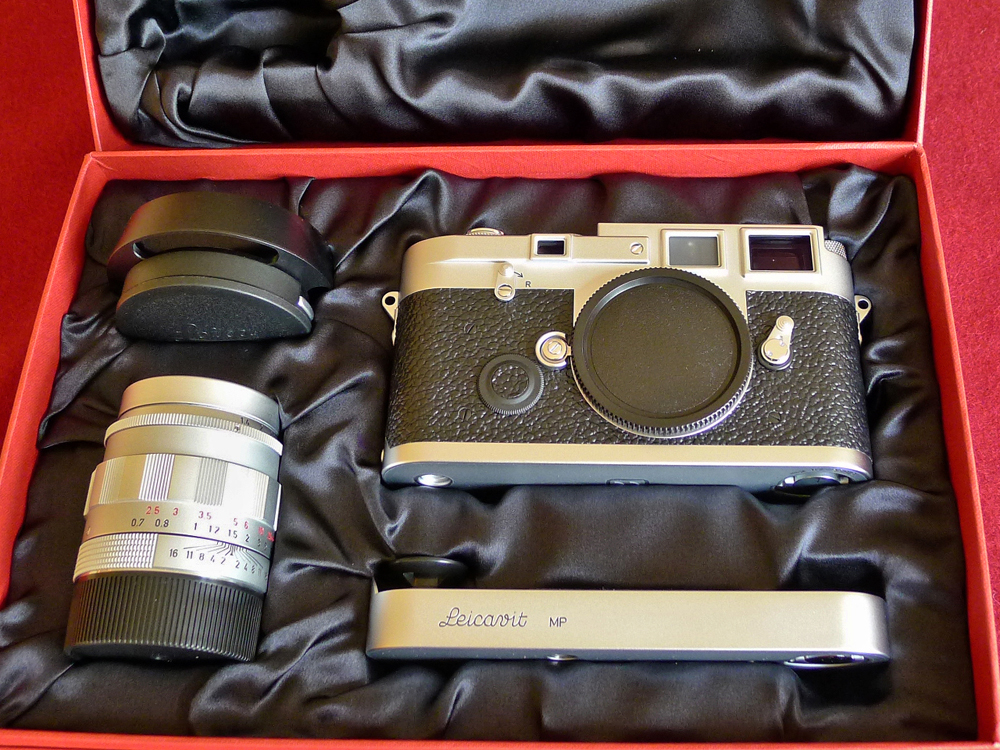 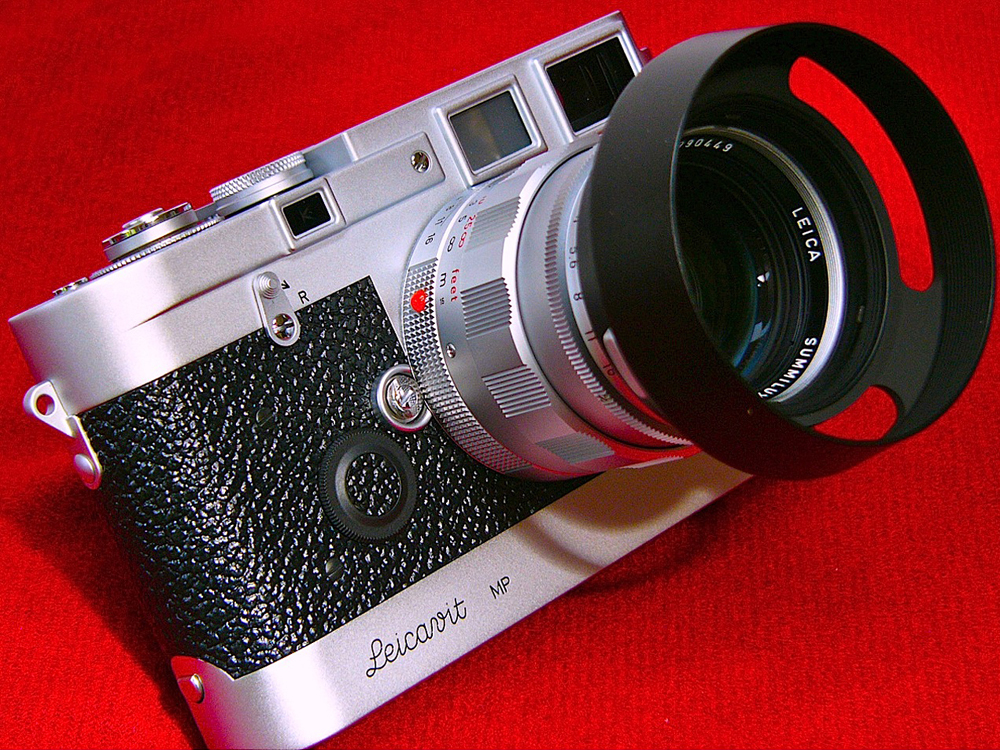 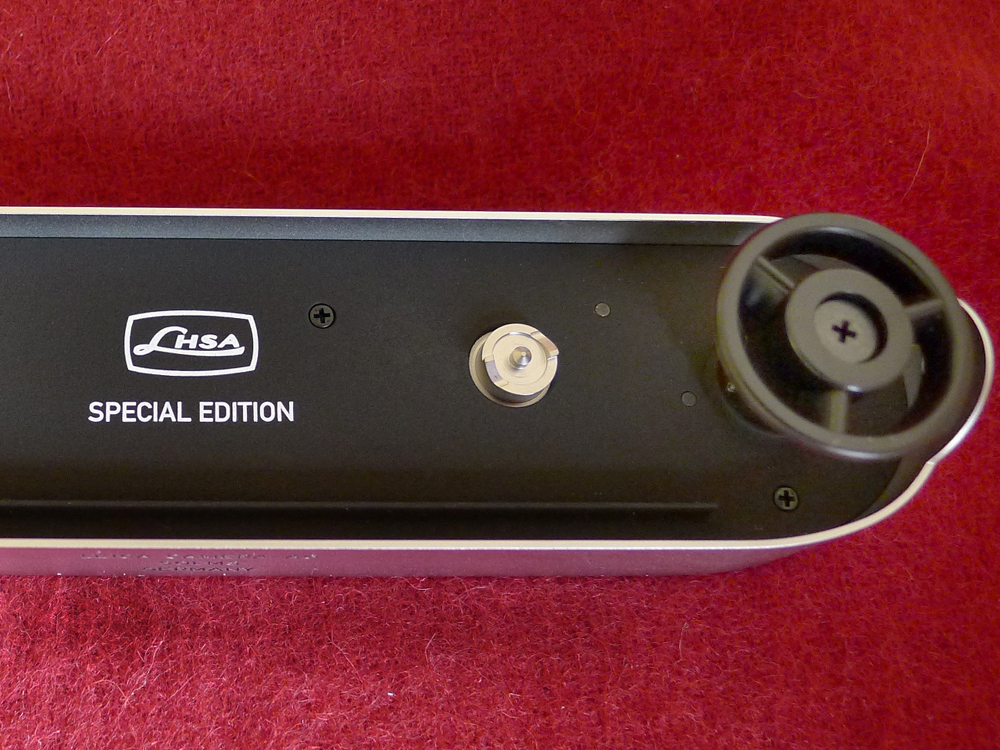 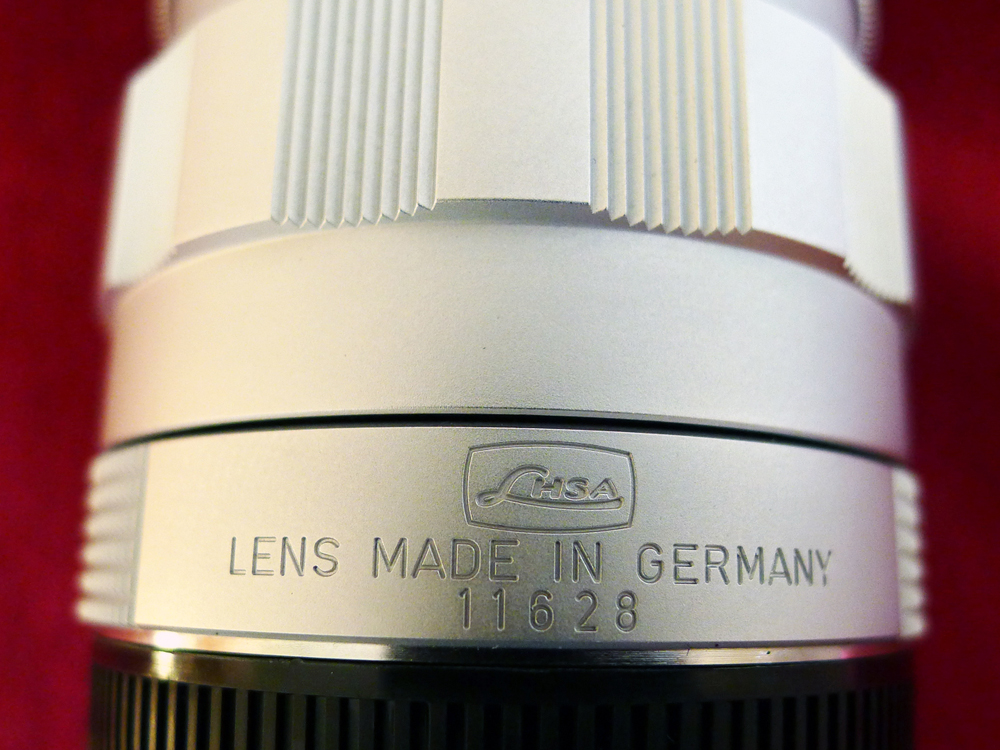 As webmaster of the society, I have had the occasion to sell several LHSA Hammertone MP and MP3 camera sets for the LHSA on eBay the past few years, and the reaction to these auctions from every corner of the world speaks volumes about the growing popularity and value of these iconic collectors’ items. The next LHSA special edition is being discussed, but the specifications and the schedule are as yet to be determined. I look forward to the next LHSA special edition . . . stay tuned!

To connect with Carl Merkin on Facebook, visit www.facebook.com/carl.merkin.photographs. To learn more about the LHSA, visit its website http://www.lhsa.org/.

The upbeat side of life

With a light-hearted approach, Sarah Ascough captures daily life along the coasts of Great Britain.