Nicholas Vreeland is a Tibetan Buddhist monk who was educated in Europe, North Africa and the United States. He later pursued a career in photography and in the late ’60s and early ’70s worked as an assistant to Irving Penn and Richard Avedon. Vreeland was introduced to his teacher, Khyongla Rato Rinpoche and The Tibet Center in New York by John and Elizabeth Avedon. After many years of study, he went to India to become a monk in 1985 and was awarded a Geshe Degree (Doctorate of Divinity) in 1998. The first solo exhibition of Vreeland’s work, “Return to the Roof of the World,” was held at the Leica Gallery in New York from April 22nd to June 4th of 2011. Just this July, Vreeland was appointed the abbot of Rato Dratsang by the Dalai Lama. He’s the first Westerner appointed abbot of a Tibetan Buddhist monastery with the task to help bridge East and West. Vreeland, who we interviewed last year, continues to mail updates with photos that capture what is before him. We first heard from him in Tuscany. This time provides images of a monsoon at Rato Monastery. 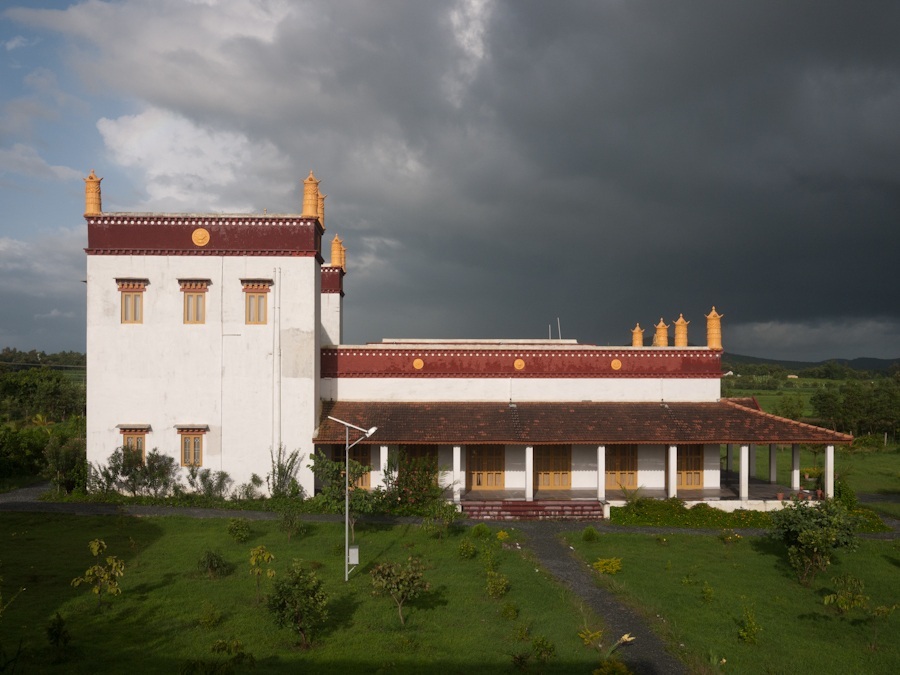 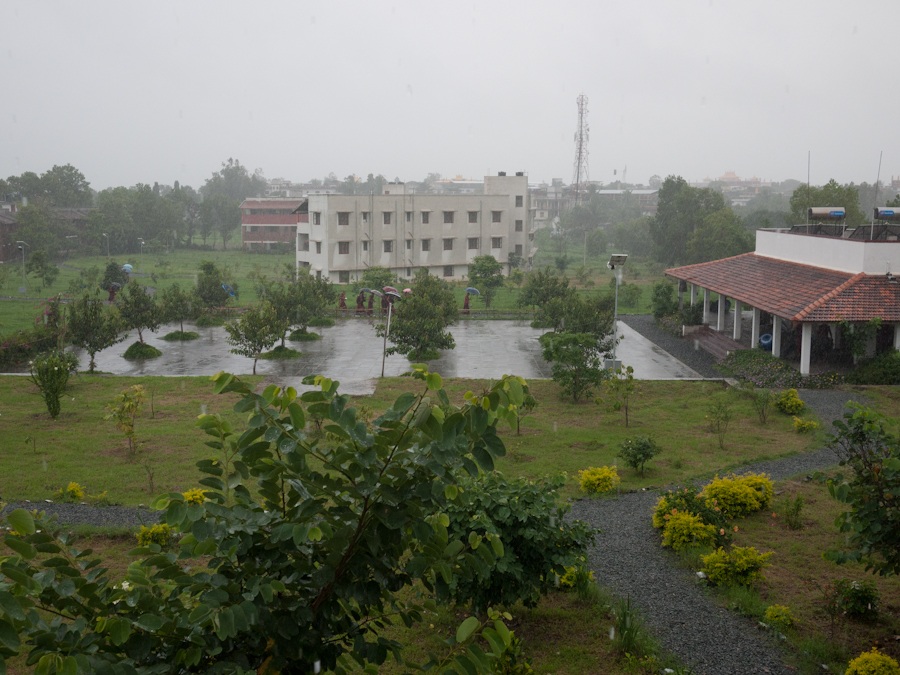 Monks going to dinner in the rain 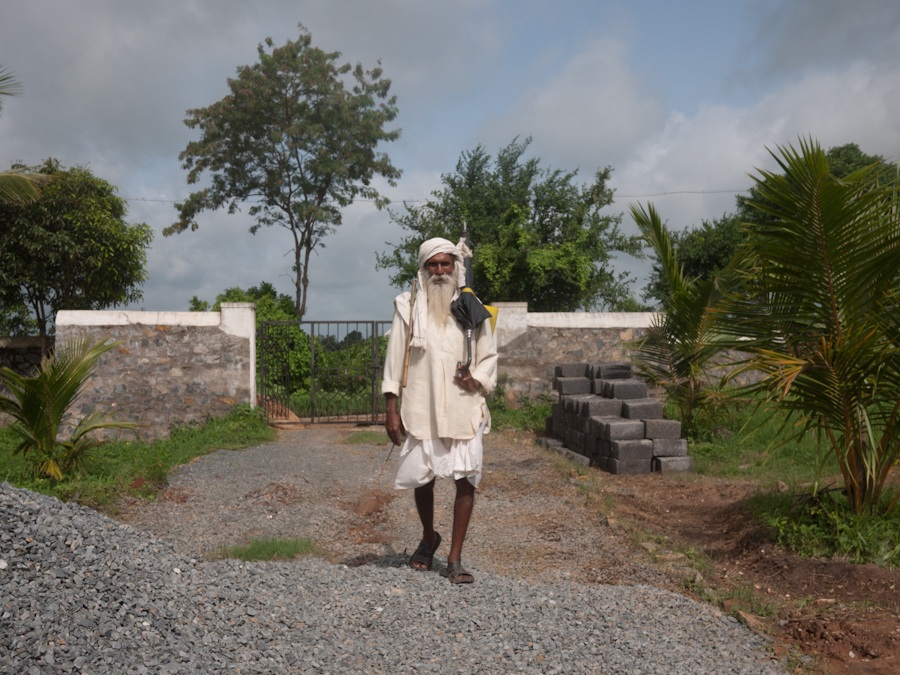 A visit from Fakirappa, from whom we bought the land on which our monastery is built 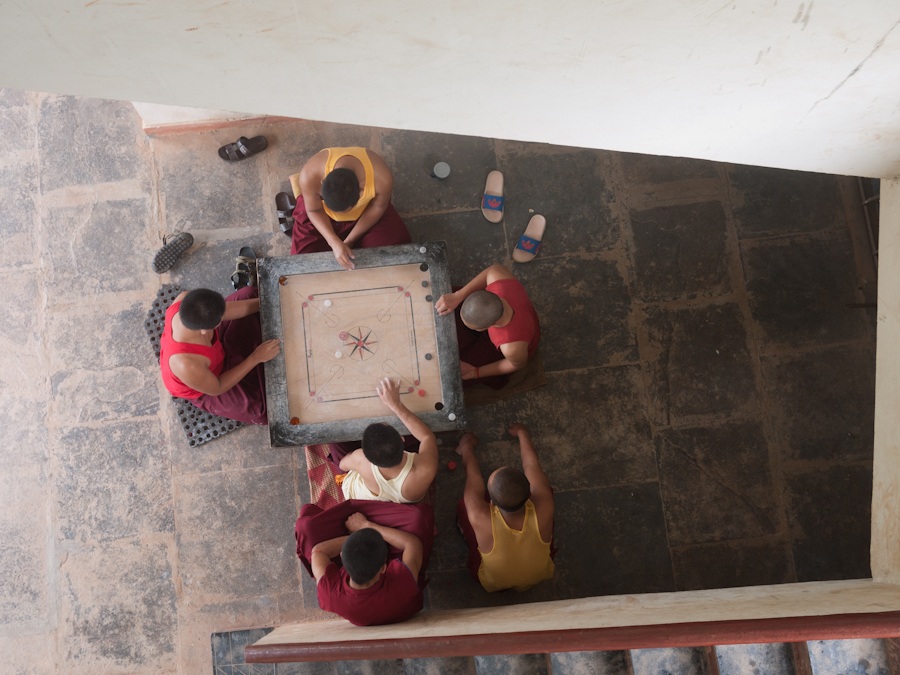 Playing karom on a holiday 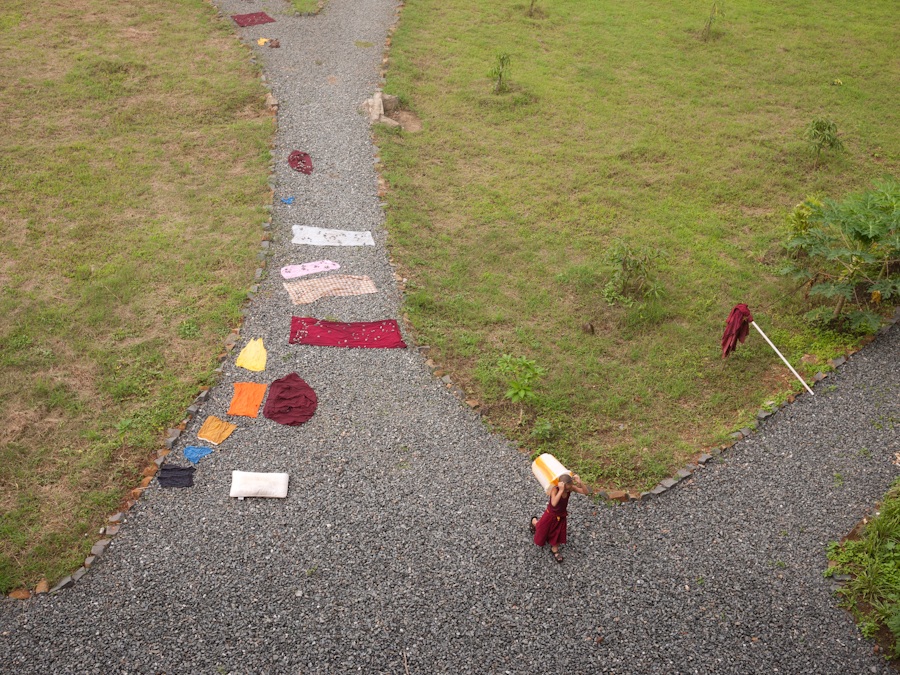