William Coupon is an American photographer from New York City. He is a famous photographer known especially for his formal studio portraits of tribal people, politicians and celebrities. Some of his most famous images are of Presidents George W. Bush and Bill Clinton, which were “Person of the Year” covers for Time Magazine. George Harrison, Mick Jagger and Miles Davis are among other celebrities he has portrayed. Alex Coghe, the interviewer, is a Leica Blog contributor. 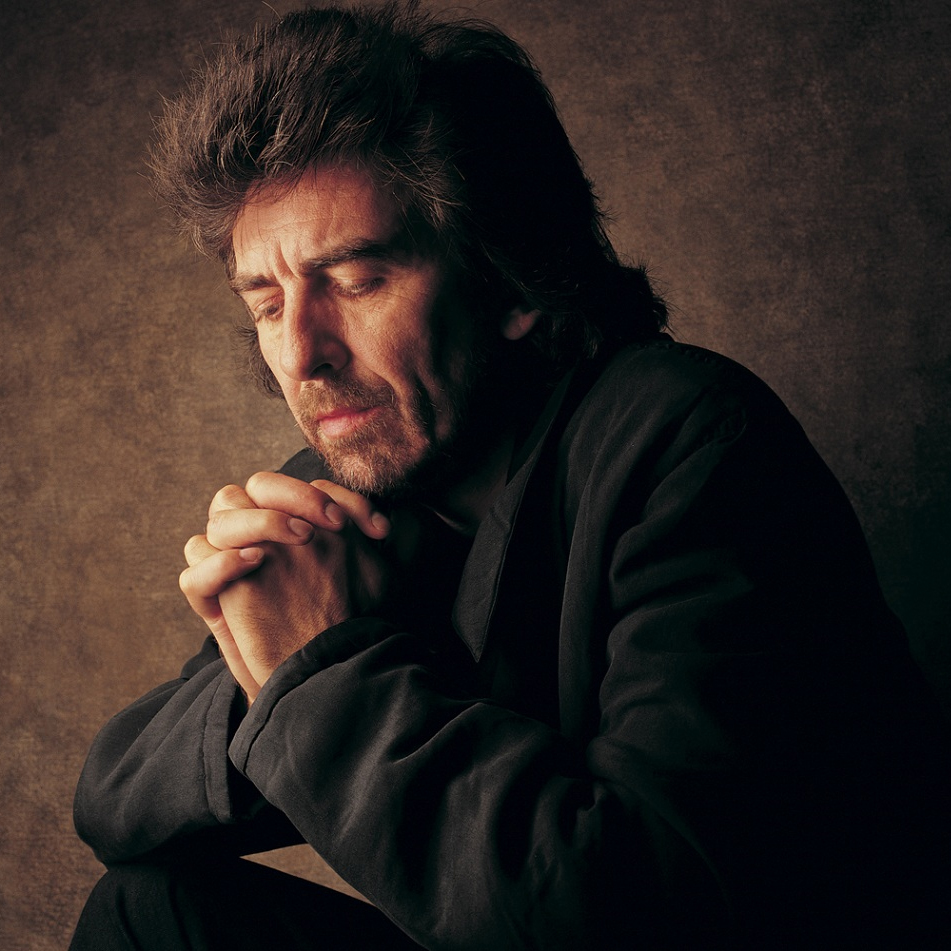 Q: How did you get started with this love called photography? When did you realize that it could change your life?

A: I didn’t know I would be a photographer. My first love was music. so, it was rather by default that I took up “playing the camera.” Upon finishing college at Syracuse University and after earning enough money for a couple of month’s rent in New York driving a truck as an “ice cream man,” I made it to Manhattan with a dream to play guitar. Nobody listened to me with their ears (and for good reason, I might add!), but they did ultimately see with their eyes my photography. Because I wasn’t a youngster when I began (around the age of 25), I had a good combination of eyesight, marketing skills, a love of people and plenty of clients right from the start. They were who I wanted to work for: Rolling Stone, Time, Esquire, The New York Times, Playboy, The Washington Post, Smithsonian, New York Magazine and American Vogue. I was really a “latent” photographer and always feeling I could do it and just made the leap. I was lucky since I had come up with a recognizable style right away: my formal portraits on backdrops that I had painted in my studio. Regarding the notion that it could “change my life,” I suppose the moment I got my first check that supported the art could be a milestone. Then I was off to the races: the world would then be my subject, and my goal was to photograph everyone in the world. I got off to a pretty good start, but lately, I’ve realized it is a bit more difficult than first imagined.

Q: You define yourself as a portrait photographer. What’s the attraction with this genre?

A: It would be, firstly, my love of people and making contact. I like the medium shot format, a good communicative distance which doesn’t put people in the microscope and lets them be their selves. I didn’t ever lose sight of doing street photography, which I did from the beginning. The last six years I have been very active there, even more so, than the formal portraits. I used to say these were: “truth in strangers” or “truth is stranger than reality.” There is so much to see, and this work takes a lot of intuitive thought in the editing process. You have to, in essence, “learn to see,” and that doesn’t end with the taking of the image but with the edit. It’s a lifelong process. It’s the equivalent of earning a doctorate! 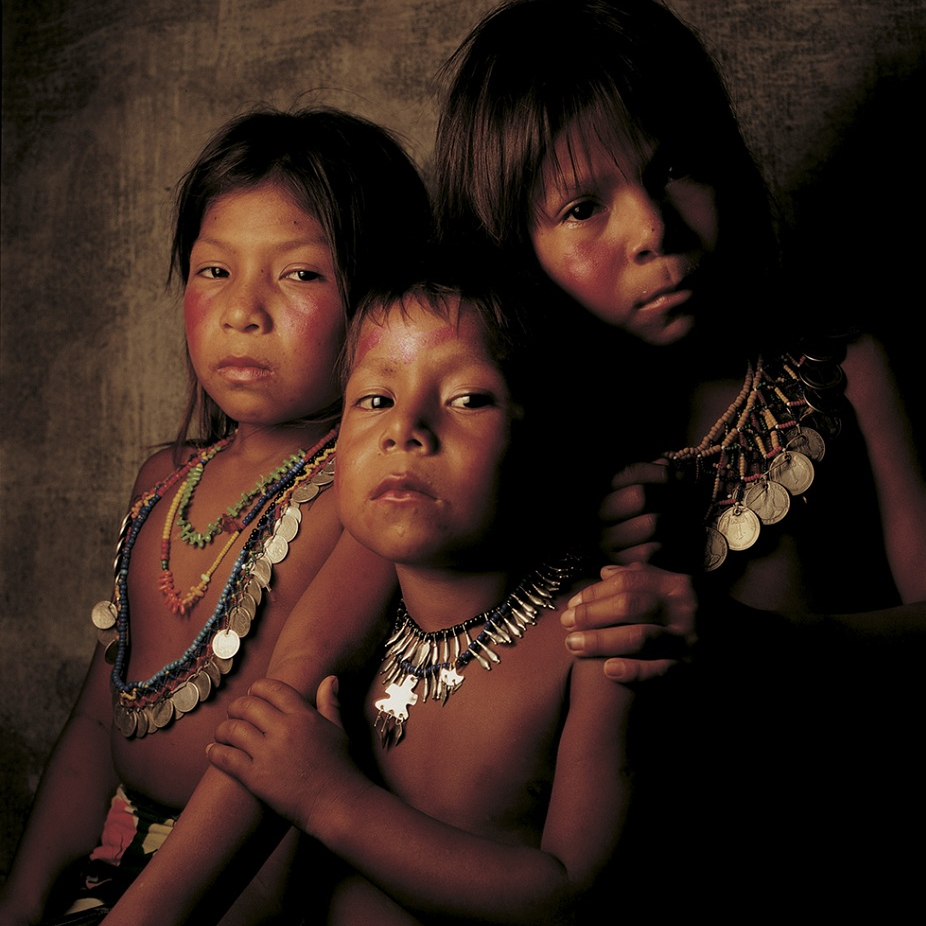 Q: Impossible not to mention the “Social Studies” series. On your website you talk about a work that has changed your way to see the world.

A: I have made it a point to elevate the indigenous peoples and “de-flate” the celebrity. This way they are on the same plane, the same level of respect: on equal playing field as equals. I feel that way in life, generally, so that is an asset.

Q: How do you propose to enter into certain cultures and make these kinds of projects? For example, how did you earn the confidence of punk rockers in lower Manhattan?

A: The punkers were my peer group – although I always have considered myself an outsider. This is why I felt comfortable going anywhere and taking part in some mutual sharing of information. I could never be a part of these groups of people, but I think my demeanor and my welcome nature provides for a certain trust necessary to take the photographs. I think I have kind eyes – that helps!

Q: When did Leica come into your life?

A: I’ve been concentrating on the street work for over six years. The portrait work had slowed down, and now I use it (the formal portraits) more sparingly and for more special occasions, like a private portrait for instance. I started using the D-LUX 3 Leica and loved it. It has great quality and is very non-obtrusive. I don’t like carrying big cameras around with me. I know it sounds silly, but I like to blend in. As I get older, I realize that I have an amusing quality 3 levels down from Cirque du Soleil. I don’t do handstands or juggling, but I feel like that sometimes when I am documenting I am being watched. I take a ton of photos of American landscapes. They are fun, and the country is quite odd. It’s mostly because most Americans don’t feel odd at all, but they are as exotic as the Pygmies in the Central African Republic.

Q: And currently, still Leica. Why?

A: The size and ease of handling, as well as the superb quality.

Q: If you were forced to work with just one lens which would you choose?

A: As from the beginning: I ALWAYS work with normal lenses. The format I prefer digitally is 16:9 for it’s a nice wide format and best quality recording. 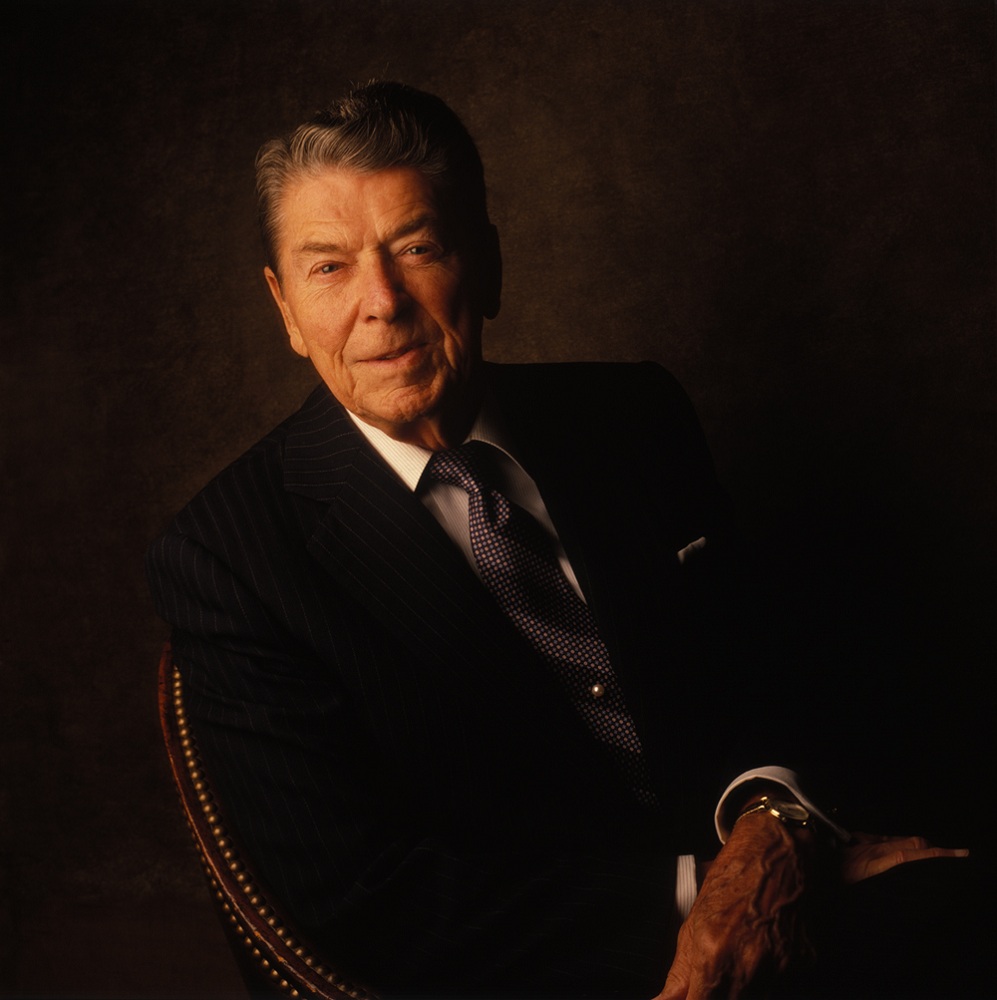 Q: Perhaps not everyone knows that you have portrayed many U.S. presidents. Is there a special memory or story that you want to tell us?

A: I suppose the strangest was photographing President Reagan in his office in Century City, Los Angeles, California, in 1992. His “handlers” said he had to be smiling in all the photographs, and I should say to him: “Bellybutton, Mr. President”, before each image. I thought that was odd for a head of state. I am not someone who particularly likes smiley imagery. I prefer an ethereal gaze since it’s much more transcendent.

Q: Can you tell us the names of masters or colleagues whom you admire their work?

Q: What would your advice be for any young photographers that are interested in portrait photography?

A: Trust your intuition and seek out the love of the people and the sharing of images, ideas and events. Through that and the resultant art, there are rewards. Do not be blinded by the financial gain. As I say, “it’s more important to see it than to photograph it -but without taking it, one cannot share it with others.”

Q: Is there a new project that you have in mind?

A: I am working an eBook to be sold on iTunes: “Chapter 1: Social Studies, the Ethnographic Work, the Tribes.” (Chapter 2 will be the “Celebrities and Personalities ~ Musicians and Politicians.”)

Thank you for your time, William!

Alex Coghe is an Italian photojournalist currently based in Mexico City whose professional activity ranges from editorial photography to events.