Christopher Murphy: Behind The Scenes with Helio Collective on Searching for West

The Leica camera Blog Uncategorized Christopher Murphy: Behind The Scenes with Helio Collective on Searching for West

On the heels of the successful worldwide premiere of Searching for West, we sat down with Christopher Murphy, Helio Collective President and Creative Director who helped produce the film. Murphy gives us some insider information on the production aspect of Searching for West and shares what Helio Creative has in store next.

Q: Can you tell me more about Helio Collective specifically how did it form?

A: I founded Helio Collective with Kina Pickett about 3 years ago. I met him at a film premiere in Jackson Hole and told him about this company I had been branding that was targeted around the outdoor industry. He was planning on moving to Bozeman and so it seemed to be a natural fit to pair up with someone that had a production and business development background.

A: I’m the President and Creative Director at Helio Collective, but my role outside of those disciplines often roams from producer, to director, to motion designer, or animator. All of our employees wear many hats, and I would say that it’s required that everyone knows how to be a multifaceted artist at our company. 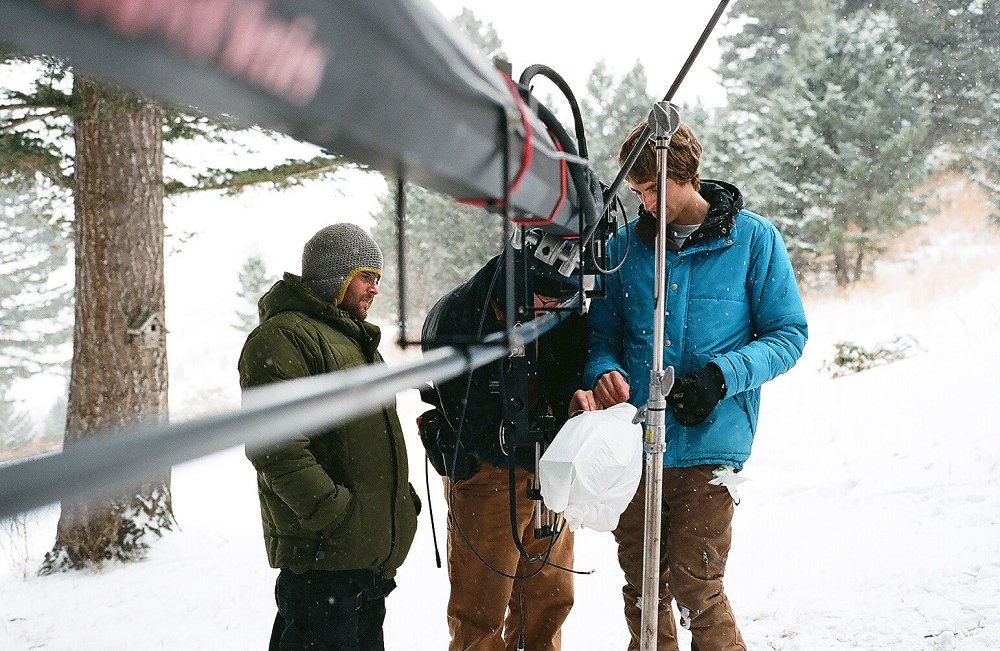 Q: How did you get into film making?

A: I had a love for photography and painting at a young age and seemed to be drawn to beautiful imagery in print and life. I would carry a camera around with me everywhere and capture anything that inspired me like still life and light or people, skateboarding, or landscapes. Photography just seemed to consume me so I eventually bought a digital Hi-8 Sony camera when I was 17 and began to make random little films that I would edit on 2 VCRs and my camera. I would hand draw all of my titles and record and edit them into my films. It was the entire process and everything about film making that I fell in love with and I naturally decided to devote my life to it.

Q: Who or what films have inspired you?

A: That’s a tough question. I feel that many people inspire me, but the films that have impacted me most are any films by directors Wes Anderson, Spike Jones, Mike Mills, Jean-Pierre Jeunet and Quentin Tarantino. These directors have an eye for photography and camera movement, and sensitivity for the visual language behind their stories. Their approach to film making inspires me to push my storytelling further. It is difficult to determine my favorite films but if I were to pick a few they would be Royal Tenenbaums, Amélie, The Beginners, City of God, The King’s Speech, Being John Malkovich, Biutiful, Pulp Fiction, Where The Wild Things Are and Tree of Life.  I could go on forever with this question but will spare you the painfully long film list.

Q:  Have you ever used a Leica, and, if so, when did you first come in contact with Leica?

A: I own and M9 and an M6. Those 2 cameras go everywhere with me. I feel that the best photo opportunities present themselves when I have left them behind in the past. Now they are attached to me, especially my M9. I have used Leica products for the last 10 years of my life for photography and film making. Leica is one of my favorite brands.

Q: Have you ever used Leica lenses for filming?

A: I have used them for shooting video on DSLR cameras but have yet to use the Summilux-C lenses on my RED EPIC or Phantom cameras.  Those are my dream lenses. 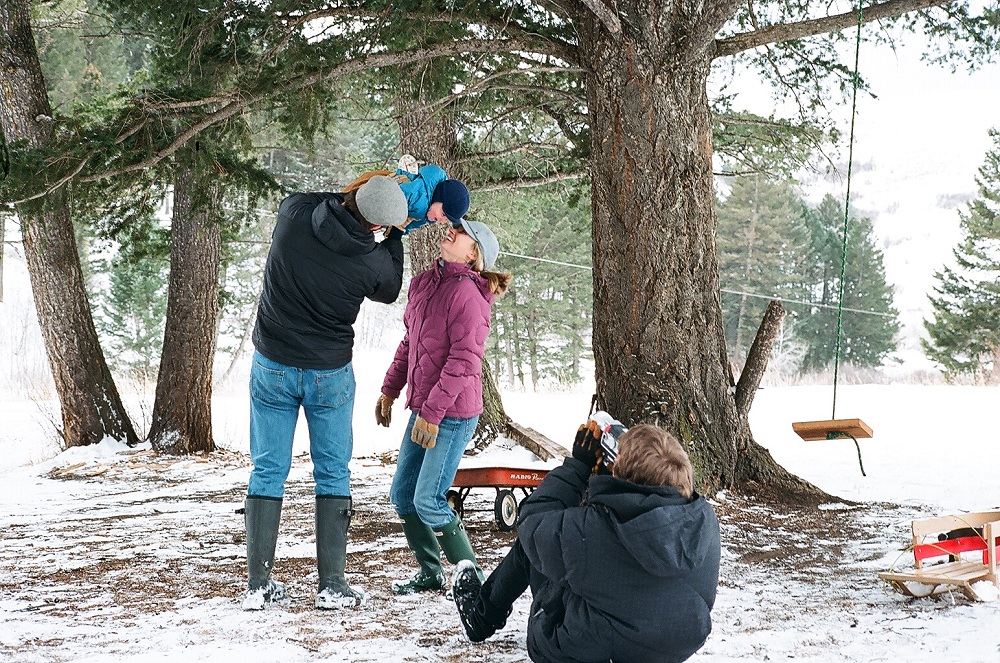 Q: Also, did you have any formal education in film-making or were you self-taught?

A: I studied film and photography at MSU in Bozeman Montana, but never finished.  During my sophomore year I had the opportunity to work on some film projects outside of school and I had hands on experience with 35mm film cameras.  That decision steered my life in a different direction and I went with it.  In some ways I wish that I had finished film school, but I don’t regret taking a different path.

Q: How did the partnership between Helio and Seacat Creative form? Mark said in his interview “I partnered on this project with Christopher Murphy, Kina Pickett, and the entire staff of the Helio Collective here in Bozeman Montana. It’s the Helio team and their drive that turned this piece into what it is today. I was kind of like the last kid picked for the team, taken under the wing of the best player!” – how did you pick him?

A: I met Mark during a Sportsman’s Warehouse commercial shoot. We had cast him as the angler for the spot, and throughout that production I got to know him pretty well and continued casting him for other commercials. In June of 2011 an opportunity came through Sitka and Seacat Creative to make a film about one of Mark’s elk hunts in Montana. There wasn’t much budget for the film, but since Mark and I had become good friends we gave the documentary idea extra consideration at Helio. Although hunting was outside of Helio Collective’s course or direction, we decided that there was a rich story there and it should be told. That’s when the partnership evolved and Helio decided to produce and invest into Searching for West.

Q: What equipment was used in Searching for West?

A: We used a variety of equipment. RED EPIC and Phantom cameras were primarily used to capture the shots that were designed for the story, but on the quick “run and gun” shoots we used DSLR cameras. We also used specialty equipment such as a Steadicam, a Cammate with remote head, RC helicopters and the Cineflex to get more dramatic moves or carefully calculated shots.

Q: Did you know going into shooting Searching for West that the outdoors would present tons of great opportunities to get the slow motion shots, or was that something that organically came out of being on location?

A: We knew that we would have the opportunity to capture Phantom high speed photography and planned each shot out before going into the field, but I only wanted to capture these slow motion shots if it motivated the story. So we intentionally shot very few of these knowing that we couldn’t use all the shots, but slowing down anything in nature seems to produce beautiful imagery. 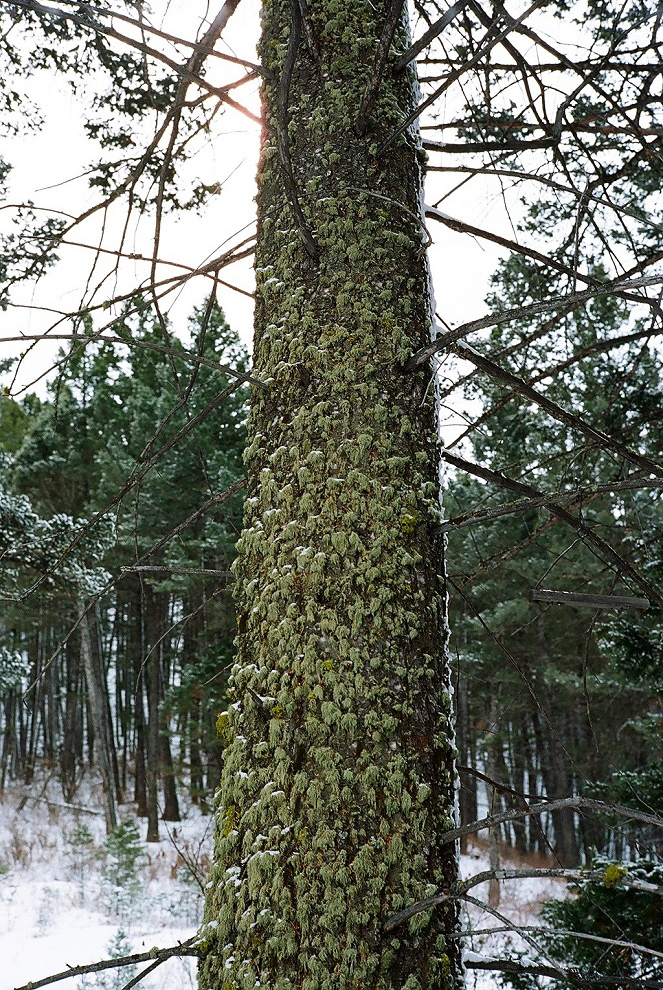 Q: What was the hardest frame to shoot and why?

A: The most difficult shot was Mark cutting the tree down because the wind was intense that day, and we thought the tree was going to fall back on our film crew and camera crane. That sequence was supposed to be about 4 minutes long for the opening of the film, but I cut most of it out.

Q: What are you most proud about in regard to Searching for West and why?

A: I’m most proud of the story and the photography because of the method behind our approach to the film.  I started by writing a rough script, outline, and shot list to plan each scene carefully and capture the footage needed to best tell the story.  Everything was thought out from, if the camera would be on a dolly or slider or if it would be on a tripod, hand held, or on steadicam.  All of these techniques play to the audiences emotions differently and made it critical for the success of the story.

Q: Can you tell us about the music in the film? It was scored really nicely.

A: Most of the music was selected from Kina’s and my iTunes libraries or from With Etiquette.  I would play tracks while watching sequences and then start compiling a soundtrack for our editor Ian Johnson.  All the additional moods or synth tracks were created by Nat Kendall. 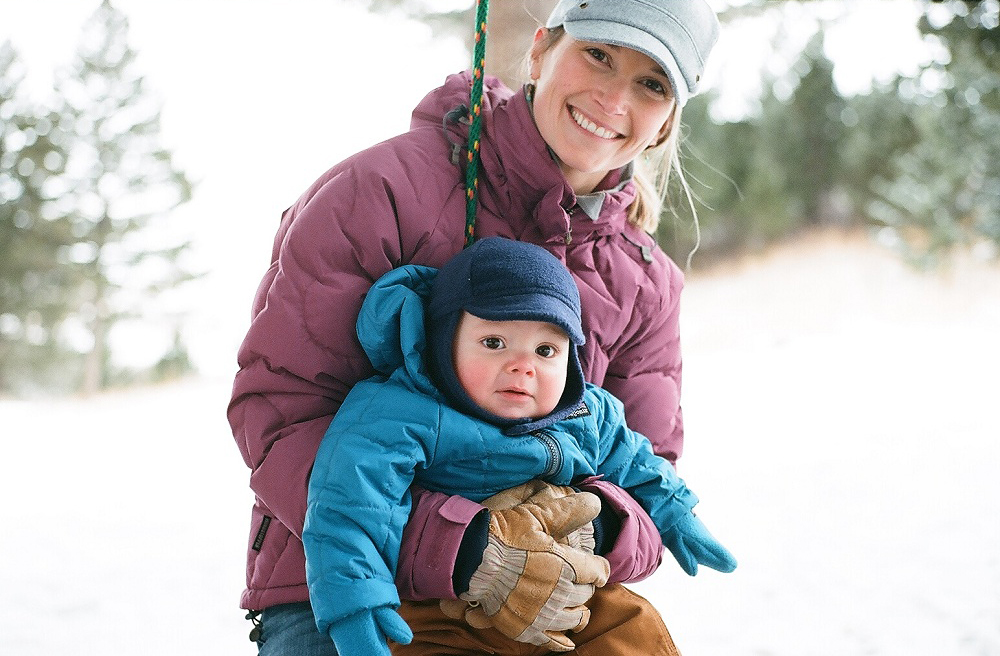 Q: Are there any other plans with Searching for West in terms of entering it into film festivals?

A: We have discussed entering it into festivals but are still unsure of where we will take it.

Q: What other projects do you have next?

A: Helio Collective has many commercial projects on the books, but we have a couple films in the works as well.  Right now we are currently working on a documentary about creativity through skateboarding featuring artists, photographers, designers, musicians and filmmakers that discovered their creative outlet through skateboarding.  We also have a few short fiction films that we will be creating from now until 2013.  I’m excited to take Helio down a new creative path with all of these self initiated film projects.  It gives us something to look forward to every year.

Thank you for your time, Chris!

To learn more about Helio Creative, visit their website. To view the entire Searching for West film, click here.