The journey continues for Restless Collective, a photography and multimedia collective formed by Alan Winslow and Morrigan McCarthy in 2010 as an umbrella for joint projects. Right now, their main project is titled The Geography of Youth. The goal of this project is to promote global connections and understanding within the next generation by documenting through photography what life is like for hundreds of twenty-somethings around the world, and sharing their stories. Leaving in July 2011 from Fairbanks, Alaska, Morrigan and Alan will ride bicycles over 30,000 miles around the world, documenting through photographs, video, audio, and writing, the journey and the lives of twenty-somethings in over 50 countries. Their project and multimedia stories will be shared through digital postcards on the website.

Alan Winslow is a photographer, artist, and educator. He holds a BA from New York State University at Buffalo where he studied Environmental Studies and Photography and has worked extensively with B&H Photo and Video, traveling around the country to educate photographers in technique and printing. He is an instructor at the Maine Media Workshops and his work has been displayed in galleries throughout the country. Winslow is interested in the overlap of medias including painting, sound, and video and much of his personal work revolves around the study and exploration of rural living – specifically, how people are connected and committed to the land.

Morrigan McCarthy is a documentarian, writer, and multimedia producer specializing in long-term projects. She is a graduate of The Salt Institute for Documentary Studies in Portland, Maine where she studied photography and audio production and also holds a BA from Connecticut College in English Literature. She was selected to attend the Eddie Adams Workshop in 2007 where she won an award for outstanding work. McCarthy is a firm believer in the power of  storytelling through art and her work has been seen in publications as diverse as The New York Times, Broadway World, Salt Magazine and Port City Life. 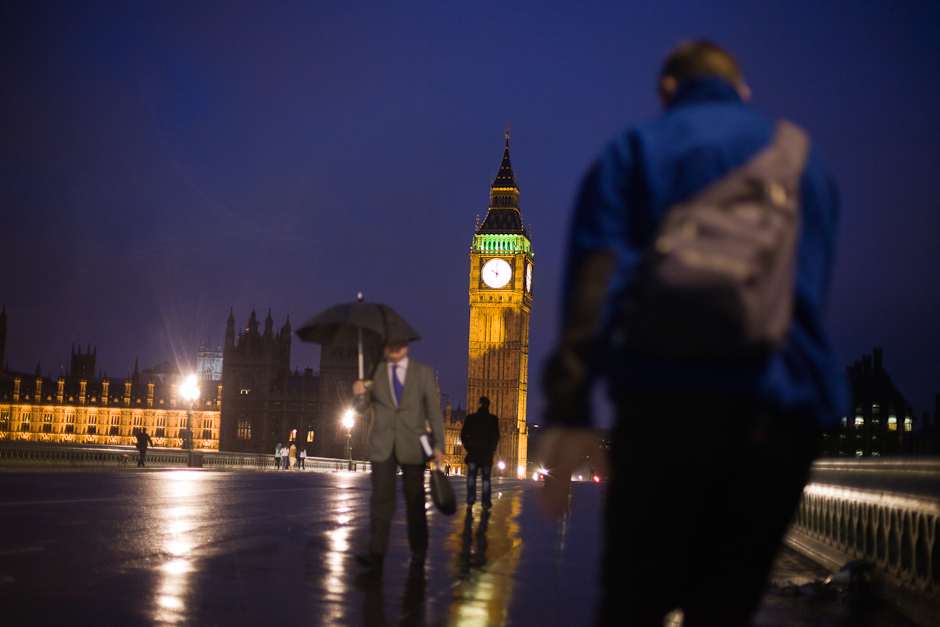 The rain began just as we disembarked from the creaking ferry. We rode over damp moorland in the dark, wobbling on the slick pavement to avoid the smatterings of snails. When we reached a small campground being pummeled by sea winds, we were so happy to speak English that we must have come across as positively cheerful as we roused the caretaker from his trailer-home, asking for a spot to camp in the pouring rain.

It didn’t let up that night, and the swirling damp mist then warm sun, thick clouds, and again rain, became a familiar rhythm over the next several days as we passed the manor houses, castles, cottages, and tract-housing that share space on the charming and slightly odd British Isles.

We were charmed by the British Museum, the lilting accents, and the narrow country lanes of England, but Wales captured our hearts. Perhaps it rained just as much there, but it was impossible to be upset about it even as we walked our bicycles up the steep hills just to ride down the other side and push them up the next. We stopped so often to photograph the heaving countryside that we never found a quick pace, riding just twenty or so miles in a day- compared to our average fifty. 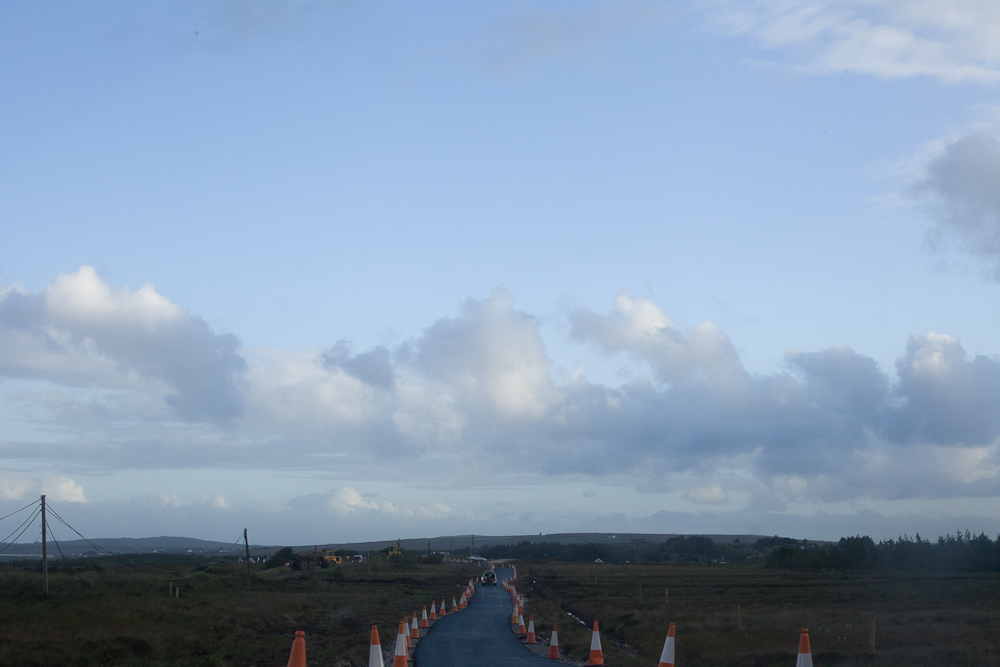 By Ireland, my bad leg (which I had been nursing since Austria) was too much to take and, facing the possibility of missing the Emerald Isle altogether, we found Irish hospitality to be very much alive when our young hosts offered up their only (ailing) car so that could still make our journey.

For a week, we’d wake in the backseat of the little Volvo, cramped and grumpy in the early morning to drive as the sun crested the hills and lit the green ground with shades of orange and pink. As any photographer knows, making a good frame is the best attitude adjuster around, and by the time the sun had fully emerged, we were singing our best car-tunes with the map on my lap, headed for another town, new sights, the next adventure.