Philippe Jaeger sat down with Dr. Marta Manser, co-director of the field project and head of the research group at the Zürich University. He spoke to her about the Kalahar Meerkats Project, which Leica Sports Optics is a sponsor of. 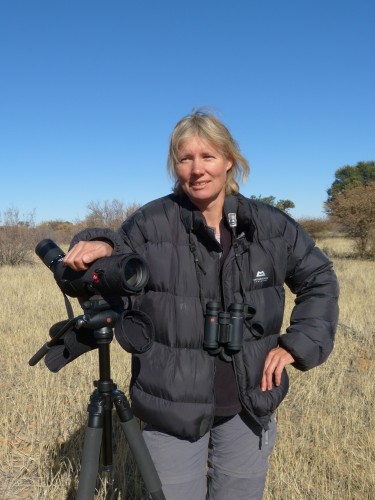 Q: Dr Manser, can you give us some details about the origin of the project? How did it begin?

A: The Project was founded in 1992 by Prof. Tim Clutton-Brock from Cambridge University. He got interested in the meerkats, because of their helper system. This means, in meerkats only the dominant pair reproduces and their offspring stay behind in the family and help to raise the pups of their parents. He was interested to understand both the ultimate and proximate causes of this so called ‘cooperative breeding’ in mammals. Why would an individual, when sexually mature, not try to reproduce themselves and help another individual instead ? 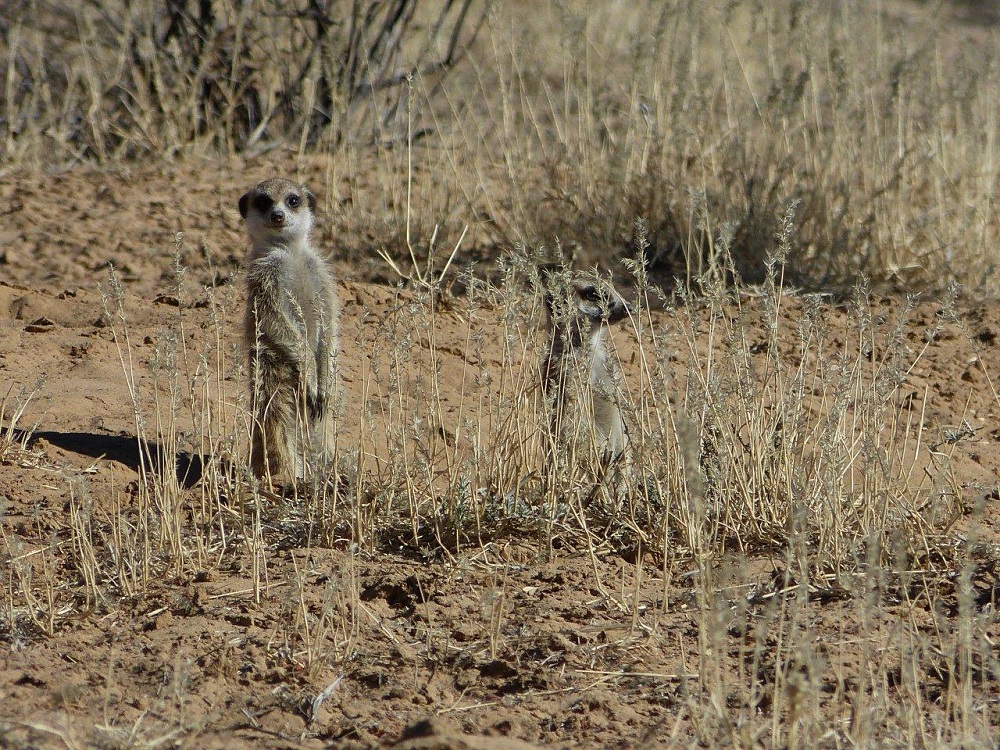 Q: And what about the cooperation with the University of Cambridge

A: After I had finished my MSc thesis on an African antelope I was invited by Tim Clutton-Brock to join the Kalahari Meerkat Project to investigate the vocal communication in meerkats. He had realized that they had a huge variation of different call types and used them in almost any behavioural context. He wondered what the function of this calls in the maintenance of mammal societies was, but knew that he did not have the time to investigate this. So, he brought me in as PhD student to investigate the evolution of vocal communication in meerkats.

I was overwhelmed by the possibilities of research to be done and how much in detail we could determine the role of vocalizations and how they are used to coordinate the behaviour within a group. Since then, we have continued to study these aspects in meerkats and brought in the comparison with other mongoose species. This has opened up a research area that allowed me to build up my scientific career and with me a big research group, focusing on questions around communication, coordination and cognitive skills in social mammals that live in different structured social groups.

Q: What are you exactly looking for by the meerkats?

For our investigations we document the behaviour of the group and each individual in detail and know any important events (such as when born, when first started to forage, when leaving the first time the group to visit other groups, etc…) for almost all individuals. We not only observe their behaviour, but we also use manipulation experiments to specifically test certain aspects in their behaviour. For example, we record their calls and play them back to see what response it causes, when they only hear the call. Only observations and experiments allow us to make firm conclusions on the function of a behaviour. 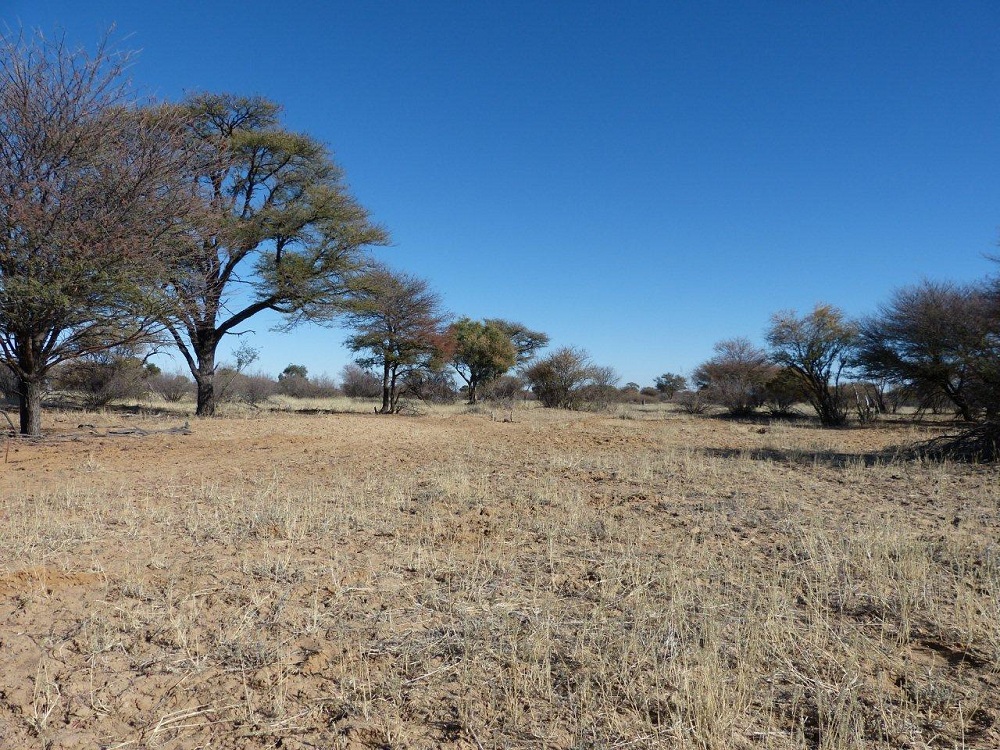 Q: Is it possible to get some applications to humans?

A: In many ways we can see very similar behavioural patterns in the meerkat society as in human societies. Based on an evolutionary approach, we are interested to identify under what constraints a specific behaviour evolved, what function it has for a species. Humans are the most cooperative species among all animals, and in particular among non-relatives. The question is why has this behaviour evolved ? Under what circumstances are we cooperative, when more selfish ? When will a society work, when not any more? Meerkats also need their group to survive and have to coordinate their activities accordingly and cooperate in many aspects to make their society work. This is done by communication, with human language reaching the most complex system. How did it come to this complexity, what do we see in less complex structured animal societies. By studying the meerkat society we can learn a lot about our own society and our individual behaviour. 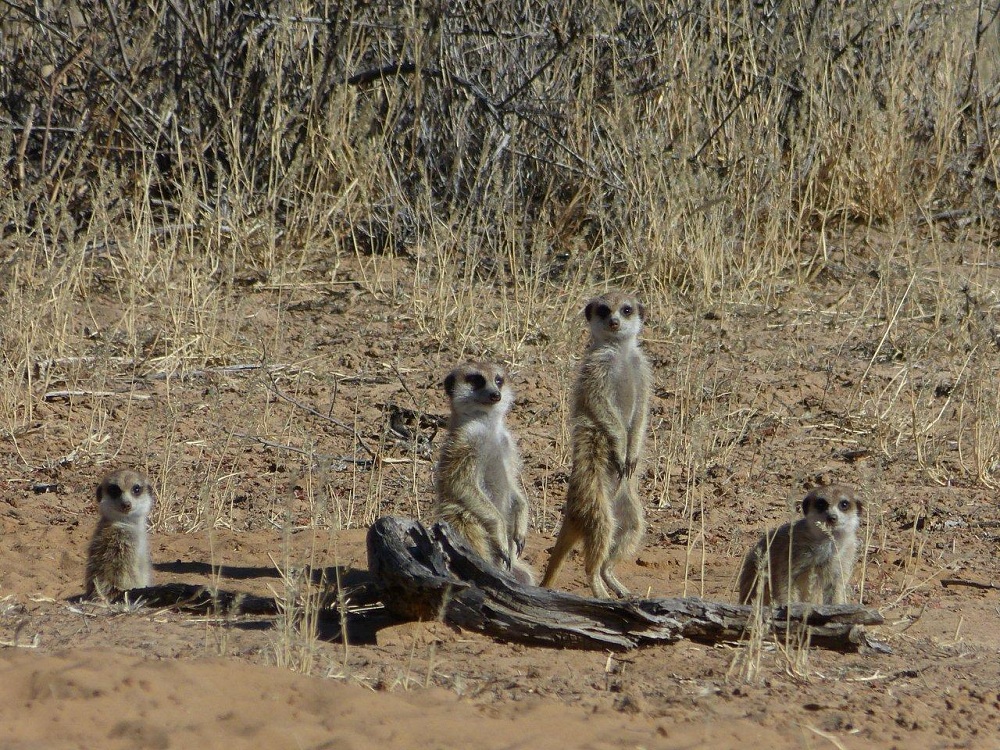 Q: Why have meerkats become so popular and well known?

A: Scientifically, meerkats have become one of the best studied mammals due to their social system with an extreme level of cooperation. They allow us to habituate them to our presence and to follow them all day within 1 to 2m in their natural habitat. This means, we can investigate their behaviour in details, almost for no other mammal possible. Their group size and home range allows us to work on several groups (currently 18), which only really allows conclusion on the behaviour of a species. For example it is important to look at groups with different group sizes, as individuals in groups of 5 behave very different to groups of 40 individuals.

For the public, meerkats have become highly popular due to their look like a little man (also called ‘Erdmännchen’ in German, which means ‘earthman), and their constant social interactions. Their behaviour and interactions with each other is fascinating to watch. Each of them show their individual character in their behaviour, reminding often on human groups consisting of very different personalities. Their cooperative actions against predators and survival in the dry, harsh desert environment with little food are very impressive. Filming the meerkats with the background of the red sand and blue African sky provide spectacular pictures and scenes for TV and the cinema. In Zoos, they attract in similar ways based on their constant actions and social interactions the attention of any visitor, whether children or adults. 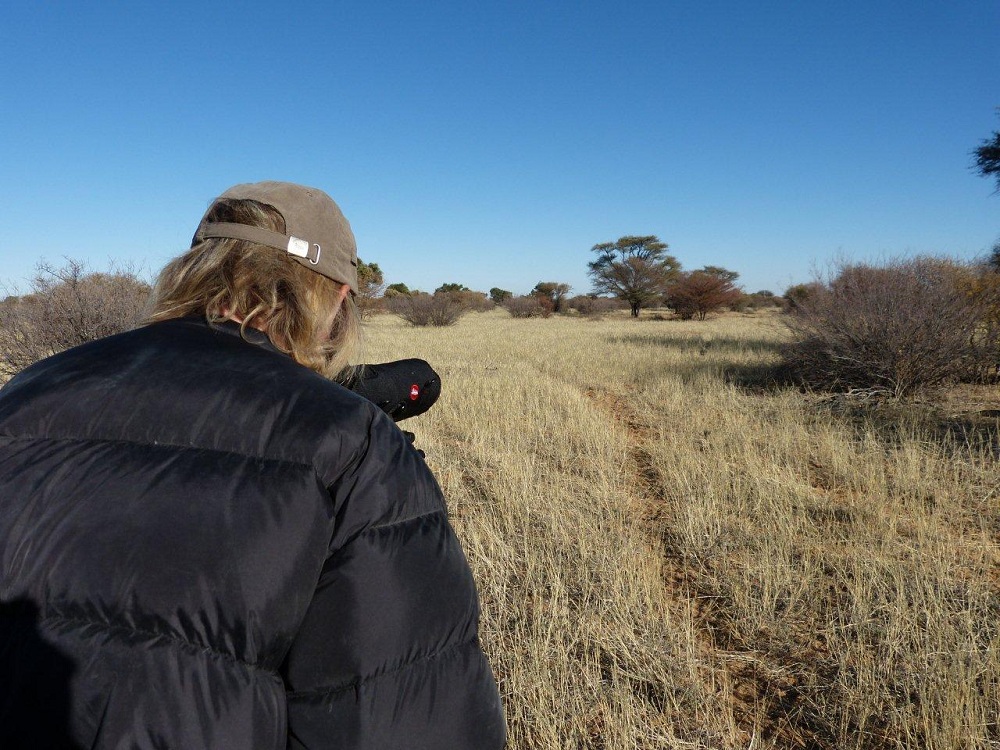 Q: What Leica products are you using and why?

A: Most important are the binoculars, and here we preferably use the 8×32 Ultravid HD because of their size to carry around all day in the field and their amazing images and performance under extreme conditions (sand everywhere).

We also use Range masters CRF 1000 to measure the distance between group members, or between meerkats and shelter locations. Less often, we use a Televid telescope for meerkat groups that are not well habituated to our presence and we still have to sit some distance (50 m) away, but would still like to individually identify the different group members.

Thank you for your time, Dr. Mancer

To learn more about the Kalahari Meerkats Project, visit their website or the  University of Zurich.