Nick Rains is an Australian photographer based in Queensland who describes himself as a ‘features’ photographer. By this he means that he generally shoots photo sets or stories, whether it be assignments for Australian Geographic magazine or travel shoots for tourism clients. This style of photography demands versatility, not only of the photographer, but of the gear since a shoot might involve photographing people, places, animals, landscapes and so on – and sometimes all on the same day. Two recent projects required aerial work, from light planes and helicopters, and Nick chose to use the Leica S2.

I have been shooting professionally for the past thirty years and was brought up on the notion that image quality is of paramount importance if you want to stand above the rest of the market. Previous to digital this meant using medium format cameras for as much work as possible, notably the classic Pentax 6×7, for much of my commercial and travel work throughout the 90s. Later I started using 4×5 cameras with roll film backs, and it was images from this sort of camera that were on sale in my Brisbane gallery until 2007.

I adopted digital about 8 years ago and the same approach still applies – provide great images of the best possible quality and, just as importantly, make sure your clients can see the difference. When I got my hands on an S2 for the first time, back in early 2010, I saw it as the perfect camera for me because it is relatively light, and the lenses are capable of being used wide open with zero loss of image quality. 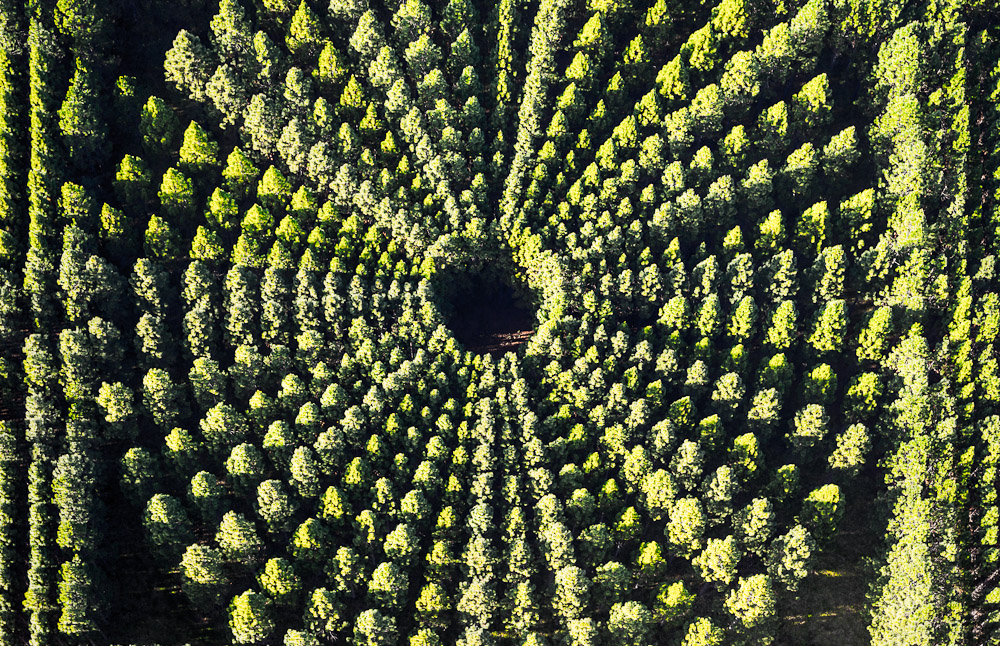 I also liked the whole design concept of simplicity – one big dial on top, a control wheel and five customisable buttons. It’s a straightforward camera and I felt at home with it right away. I have four of the five lenses currently available, focal plane shutter versions, not the CS versions. I recently swapped the 30mm for the 35mm when it came out because I wanted the extra wide angle view for landscape work. The 120 macro is a lens I use a lot too – in fact on a recent shoot in China I used only two lenses, the 120mm and the old 35mm. I didn’t feel at all limited, and it was nice to be able to work ‘light’ with one camera and one other lens in a vest pocket.

The 70mm and the 180mm I use less often, but occasionally they are the precise lenses for the job so it’s important to have them to hand. In fact on these aerial shoots the 70mm was my go-to lens as I’ll explain more about in a moment. I’m really looking forward to the two new lenses that were released at photokina – the 24mm and the 30-90 zoom. I took the liberty of firing off a few test frames with the 24mm and I have to say that even if it’s a pre-production lens, the corner sharpness was astonishing, and it’s so wide!

I recently had two projects on the go, both needing aerial work done. The first one was a shoot for a forestry management company who has over 80 million trees growing in huge plantations throughout southern Queensland. They wanted a set of image shots covering many aspects of modern sustainable forestry and wanted some more ‘arty’ shots, not just pictures of big yellow machines and guys in hard hats.

The other project is an art project involving a collaboration of five photographers. It’s called the South West Light project and involves the five of us shooting landscapes around the south west corner of Western Australia, but working as a group to explore the differences between our visions when shooting the same subjects at the same time. 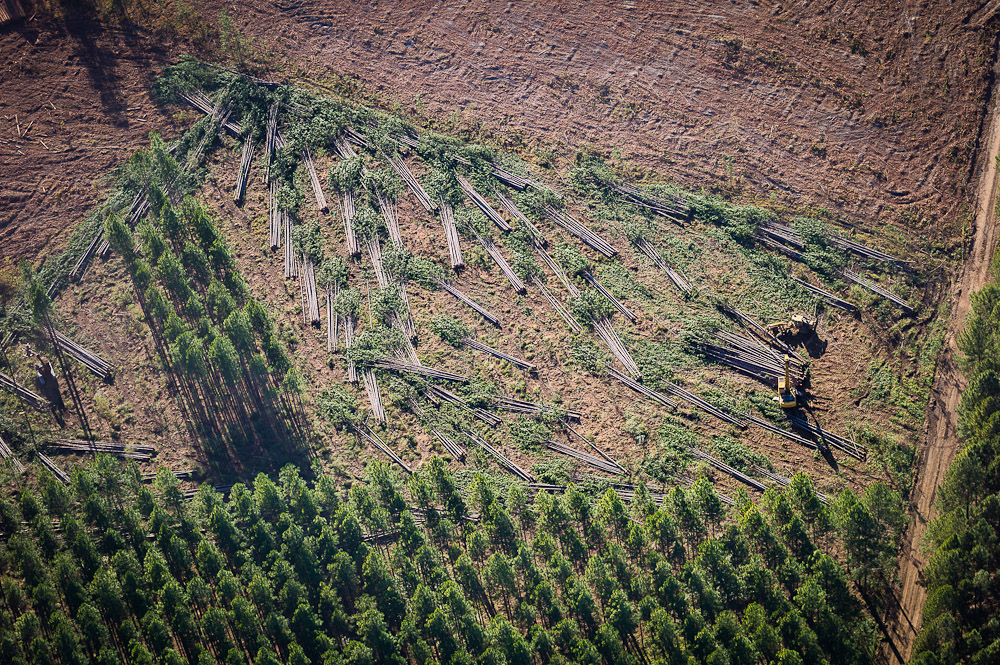 As part of this project we travelled with our own light aircraft so we could fly pretty much any time we wanted. The aerial work consisted mostly of looking for forms and shapes that made pleasing images, no particular subject was specified and in fact that was the whole point – we were to shoot whatever we chose to, and see where we ended up creatively.

Needles to say, the S2 performed superbly in the air.

The biggest issue with aerial work is actually getting a sharp shot – the wind buffets the camera, the subject is constantly moving and you have to work quickly because at almost $20 per minute for a chopper you can’t waste any time.

This is where the fast lenses come in, in particular the 70mm. I can shoot wide open or at f2.8 with full confidence in the resulting image quality. Wide apertures lead to high shutter speeds which gives me sharp images: add to that the ability of the S2 to shoot at ISO320 or even ISO640 and I can shoot early or late in the day when the sun is only just above the horizon and casts those lovely long shadows.

The 70mm is just the right focal length too, the 30mm is too wide and you often get the rotor blades in the shots, the 120mm is great but harder to work with. I like to find my shot and then get the pilot to do a tight banked orbit so I can shoot straight down. This flattens the perspective and makes the image that little bit more abstract. Then it’s all down to shapes and forms, plus the quality of the light.

The accurate auto focus is a great asset too. In fact I have found that I get better results trusting the AF than I do focusing by eye. The 120mm in particular gave me a higher percent of sharp images when I stopped trying to focus myself and just let the camera do its job.

I’m looking forward to using the new S when it arrives. Speaking to Stephan Schulz at the photokina launch, I get the impression that I will see slightly less noise at high ISO and that the AF will be more accurate, not that it’s a problem now. The increased buffer size will be useful for aerial work too – because of the limited time in the air one tends to shoot as fast as possible and it’s very easy to fill the buffer on my S2. 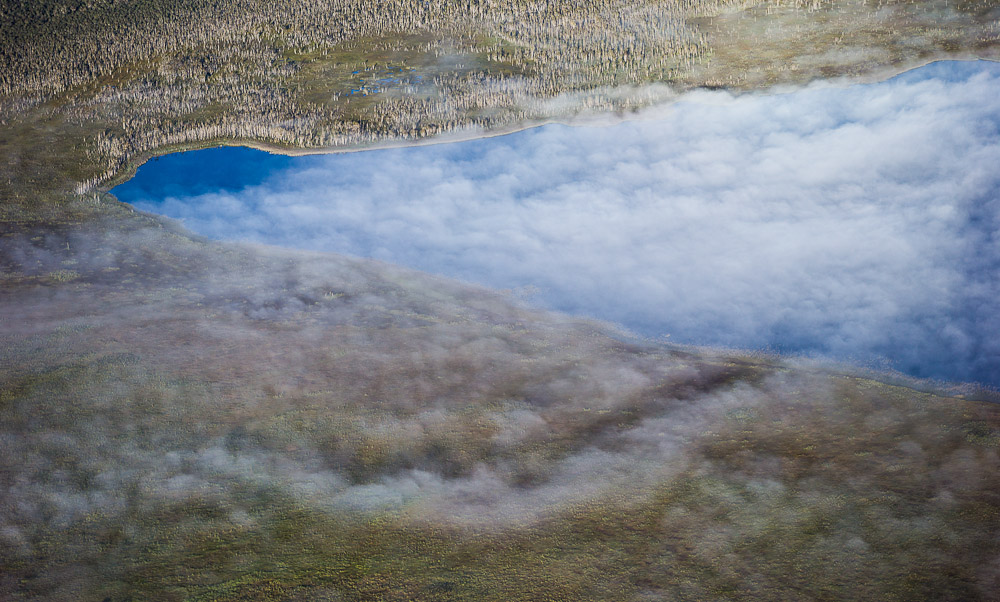 After shooting extensively with the S2 over the past two years I can say with my hand on my heart that I have never before been able to produce work of this quality, even ‘back in the day’ shooting large format film. My forestry client was very happy with the results, but since they are only being used in modest sized reports and newsletters the image quality is kind of lost. But for the South West Light Project we are all doing huge prints for an exhibition and this sort of image quality is critical for fine-art printing.

I have made most of my prints for the exhibition at a minimum size of 36×44 inches; a couple are over 50 inches wide, which look huge when framed. This sort of work is very demanding of image captures and only the sharpest images have been deemed worthy of inclusion in the exhibition.

I’m up against some of the best in the business with this exhibition too – the other guys are using top of the line cameras so I’m a bit out gunned on the megapixel count, but for the aerial work at least I thought the S2’s handling, lens quality and high ISO ability more than compensated for any lack of pure resolution.

Author’s note: We are having an exhibition in Western Australia from November 3rd. There is a big opening night followed by public viewing for the following four weeks. It would be a good place to see what the S2 is capable of – the prints speak for themselves. Learn more here.