Kristian Dowling is a celebrity-entertainment photography, formerly based in Los Angeles until November 2011 – now residing in Melbourne, Australia. His photographic roots and passion has grown from news, sport and documentary. Kristian is currently conducting Photographic Workshops throughout Australia and Asia named “Seeing the Light.” He has been shooting with Leica M cameras for the last 19 years and although his career has mostly been in the celebrity field, his passion is to shoot street and documentary.

I’ve now had the Leica M Monochrom for over a month now. During a recent workshop tour I was conducting in Bangkok, I was fortunate enough to take a couple days off to explore the life of this great city. Beyond Bangkok’s controversial nightlife, amazing shopping and exquisite food is a society filled with wonderful people. Shooting with Leica’s M-System in smaller communities allows me to go almost unnoticed.  This time carrying the M Monochrom, I felt no limitations of the camera; as I was able to extend my ISO range from 320-10,000. I really like the files the M Monochrom records at ISO 1600 so I often left it on that setting and adjusted my aperture and shutter manually as I saw the pictures I wanted. I feel this ISO setting is a sweet spot for those wanting that ‘film-look’ with plenty of character, while still retaining plenty of detail, contrast and sharpness that seems to come so easily with this camera.

The pictures you see were shot around Bangkok from Hua Lamphong Railway Station to Chinatown and around a community living alongside railway tracks. My subjects always felt comfortable in front of my camera. I love how the viewfinder is situated on the left side of the camera as it allows my left eye to always remain connected to my subject when focusing and shooting. While a small detail, I feel this also attributes to the connection I have with those I’m photographing and makes me feel like I’m more part of the moment, as opposed to being someone on the outside merely recording it. 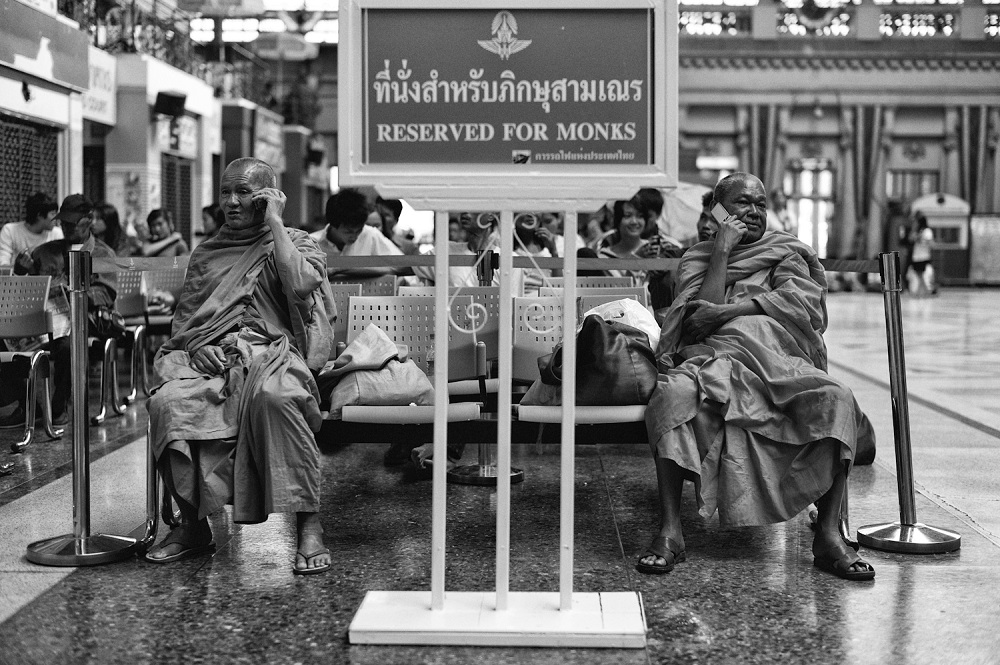 Shooting at Hua Lamphong Railway Station, I found it to be a place of never-ending photographic possibilities. I stayed 4 hours on one day and 2 the next. I could have stayed a week if I had the time. As a people watcher, it was an interesting place just to observe. I remember watching two monks sitting in a reserved area for ‘Monks only’ and they were sitting on the seats on both ends, not talking. Then a minute later they both instantly decide to talk….on their cell phones. That’s when I decided to stop watching and record the moment!

Bangkok’s weather right now is really ‘crazy’ and storms can come at any time. I’ve shot with my M9-P in pouring rain before, and even though Leica hasn’t made these cameras waterproof, I have had plenty of success (carefully) using them in such conditions. Well on this trip, I shot in storms but was as careful as I could be, and even though the camera got plenty wet, it kept going like a trooper and never skipped a beat. Though I would never recommend this to others as it is a form of risk taking, but one I embrace because I never want the weather to come between me and a great picture. 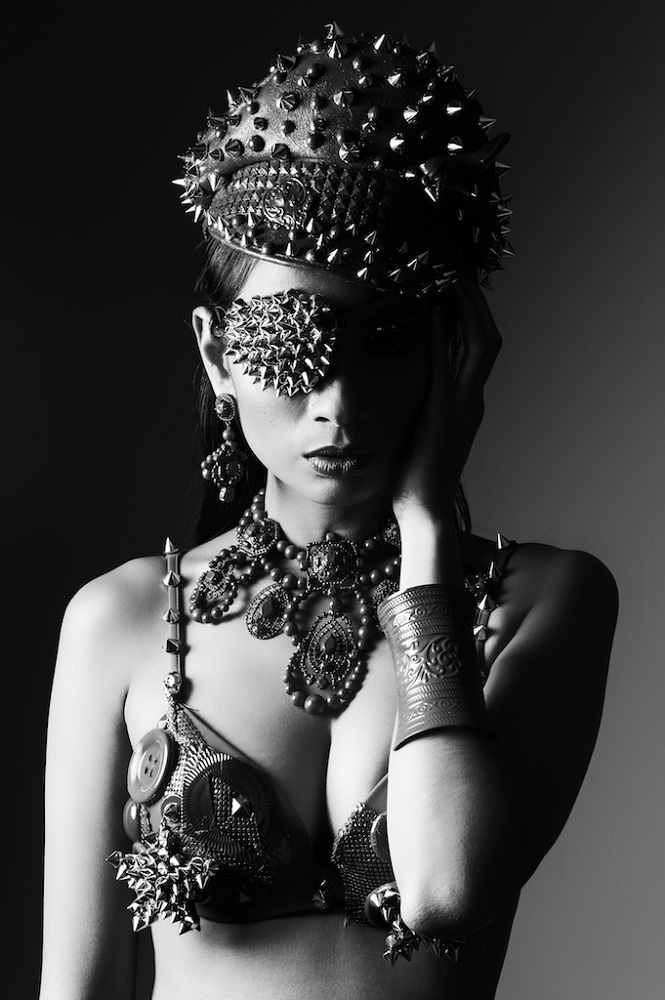 Lastly, while holding portrait and lighting workshops I was able to snap off a couple of frames from my M Monochrom, and I simply have to say that I love the tonal transitions and robust files that this camera delivers. While I’m not overly technical, I know a great file when I see one, and the sharpness this camera delivers is on par with my Nikon D800E, which is an amazing achievement from an 18MP sensor. The files up to ISO 800 look very much like medium format black and white and never cease to bring a smile to my face. Most importantly, owning such a camera really forces me to think more carefully about my work and concentrate on making every shot count, adopting the same attitude I once had when I was running low on film. With the M Monohcrom and recording images straight to digital, that is now something I’ll never have to worry about, while still achieving the same sense of gratification of shooting a great black and white film.