I have a confession to make. I’m shy about photographing strangers. I feel that I’m intruding. I’ve found a few techniques to help deal with the problem, but mostly I’ve avoided shooting portraits. So imagine my surprise as I looked through my recent photos from Cologne and Tokyo, when I discovered that some of the strongest images were studies of faces.

Of course, I’m not the only one who struggles with how to approach people for portraits. Some photographers have a gift for it, while others—like myself—see it as an ongoing challenge. I’ve realized that it’s something I need to resolve. I often photograph statues and mannequins, which is a roundabout way of shooting portraits. As I’ve learned, even with the statues and mannequins, an expressive face can be extremely powerful. 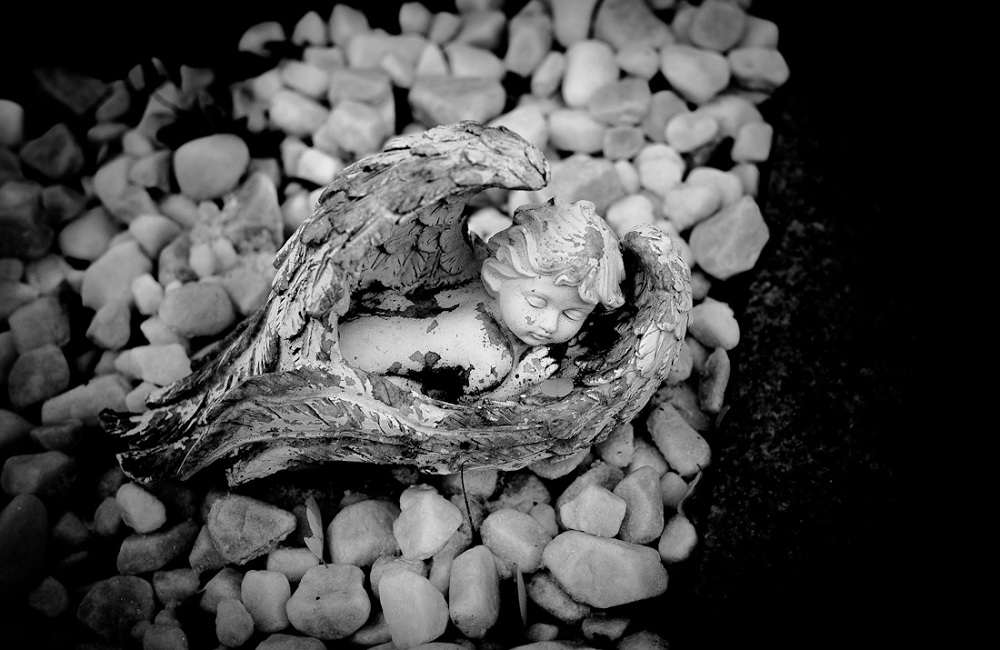 Why are faces so important? It’s baked into our genes. Recent research indicates that three-month-old infants can distinguish between human and non-human (monkey and gorilla) faces. We can read subtle facial cues early in life. And our fascination with faces is carried through to adulthood. Look at any popular website that rates photos, and you’ll see that we have a strong preference for portraits. It’s a key component of what it means to be human.

Some of the best advice that I’ve read on the subject came from Sean Reid, in his essay titled Photographing Strangers. He suggested that you place yourself into a public setting with plenty of foot traffic. Settle into a position and essentially become part of the background. People expect that there will be cameras and picture-taking in a crowded, public place. Anyone who walks through Times Square, for example, shouldn’t be squeamish about having his or her photo taken. Of course, we should still be sensitive to others. As a general rule, I wouldn’t photograph someone if the photo could prove to be embarrassing. 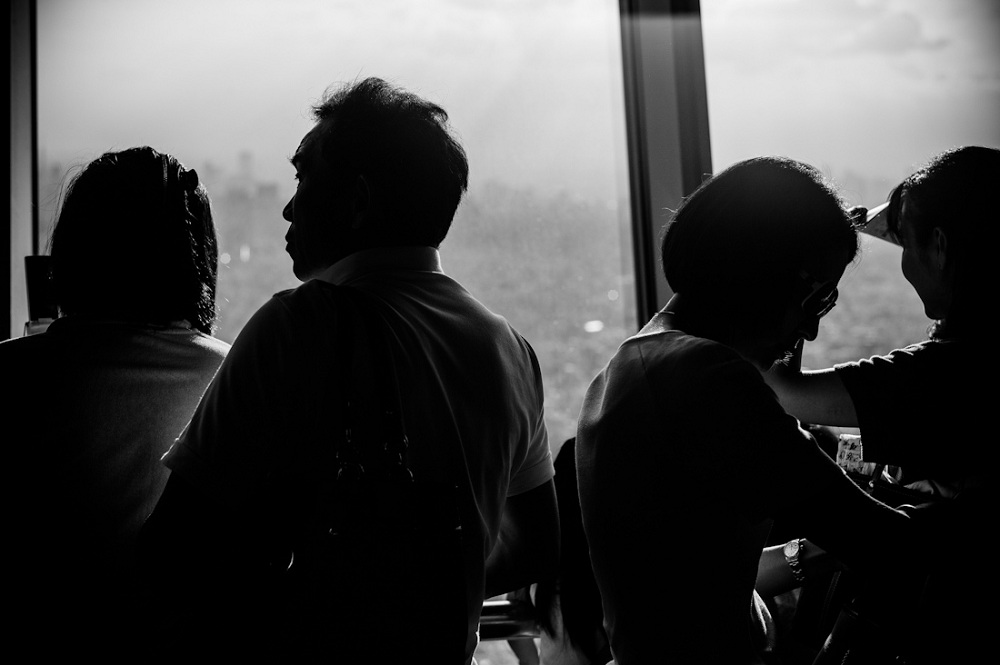 While visiting Tokyo earlier this month, I had a chance to visit the Tokyo Skytree. It’s currently the tallest tower in the world. As a busy tourist attraction, it fits Sean Reid’s description quite nicely. The people were so preoccupied with the spectacular views of the city, they didn’t pay much attention to anyone else with a camera. The photo titled Tokyo Skytree #1 shows how a strong afternoon light can create silhouettes with a glowing outline and heightened sense of depth. The glare made it difficult to see anything except the view from the windows. And that made it easier for me to snap photos as the visitors moved from window to window. 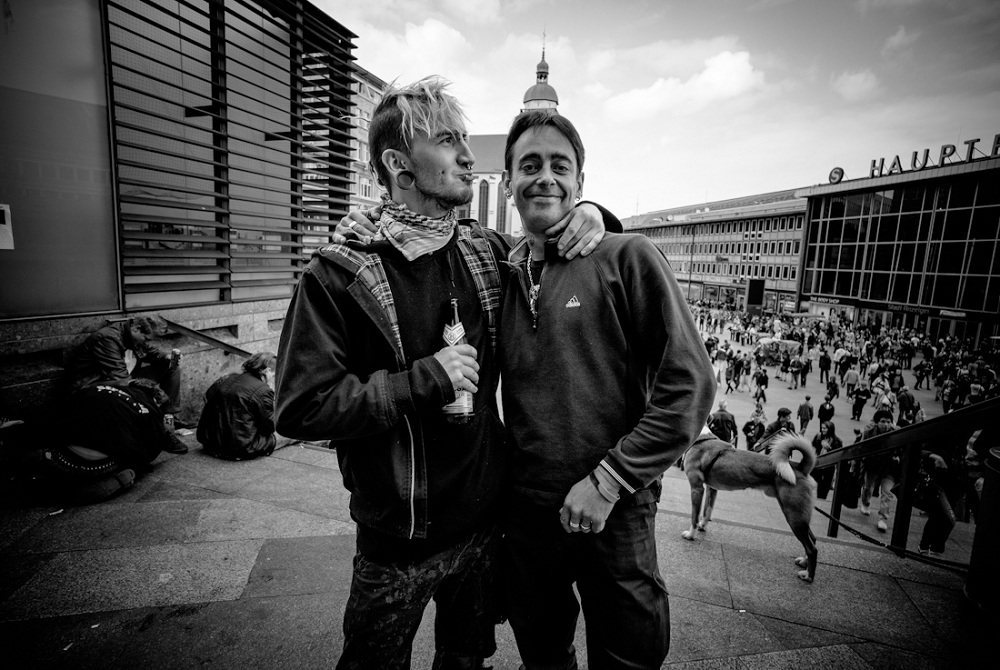 Having an M9 helps. To most people, it doesn’t appear to be a professional camera, which they assume would be a large DSLR with a zoom lens. A rangefinder, by comparison, is inconspicuous and therefore less of a threat. Occasionally, I’ve had strangers come up to me and ask if I could take their picture with my M9. The photo titled Two Guys was just such an occasion. I was visiting Cologne last month for the photokina tradeshow and had arrived a day early to explore the city. As I approached the Dom Cathedral, these two asked me to photograph them. They didn’t ask for a copy of the photo. They just wanted to be photographed. 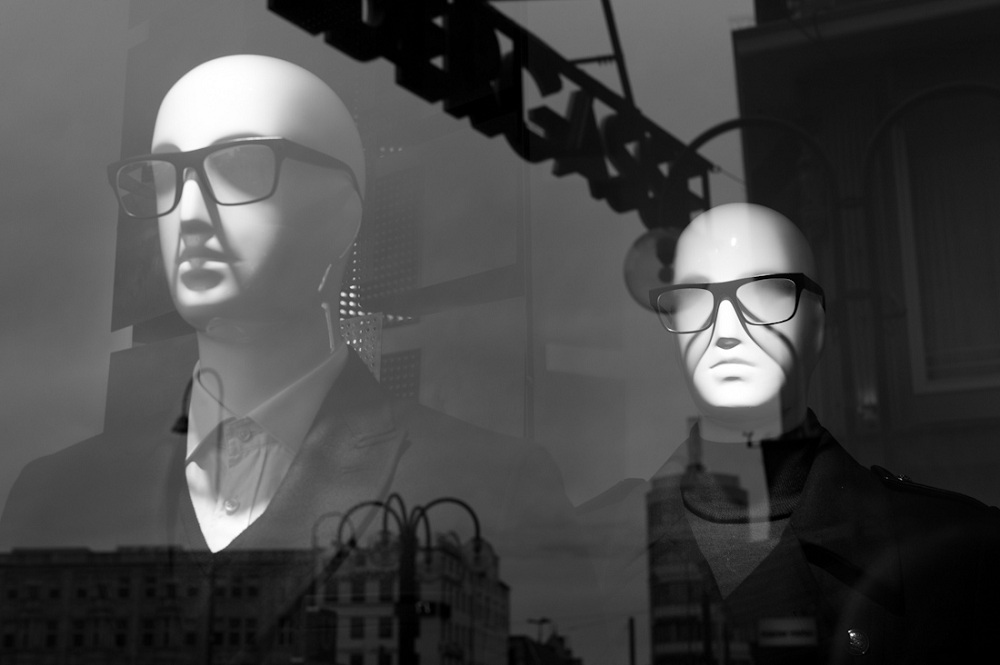 I love to photograph subjects with reflections. I’m not sure why, though I suspect that it may be the added complexity that reflections can bring to an image. The photo titled We Come in Peace is a good example. It was late afternoon, and the light was less harsh than it would be at midday. That’s also a prime time for window reflections, as the oblique angle of the sun’s rays provides more depth to the reflected subjects in the distance. I shot quite a few photos of the mannequins in Cologne, as I was struck by the minimalist designs. Some of the faces seemed almost alien. I don’t frequent department stores so I don’t know if that’s a worldwide trend or something particular to Cologne. It doesn’t matter. The impression was of a humanlike species with lives and personalities all their own. 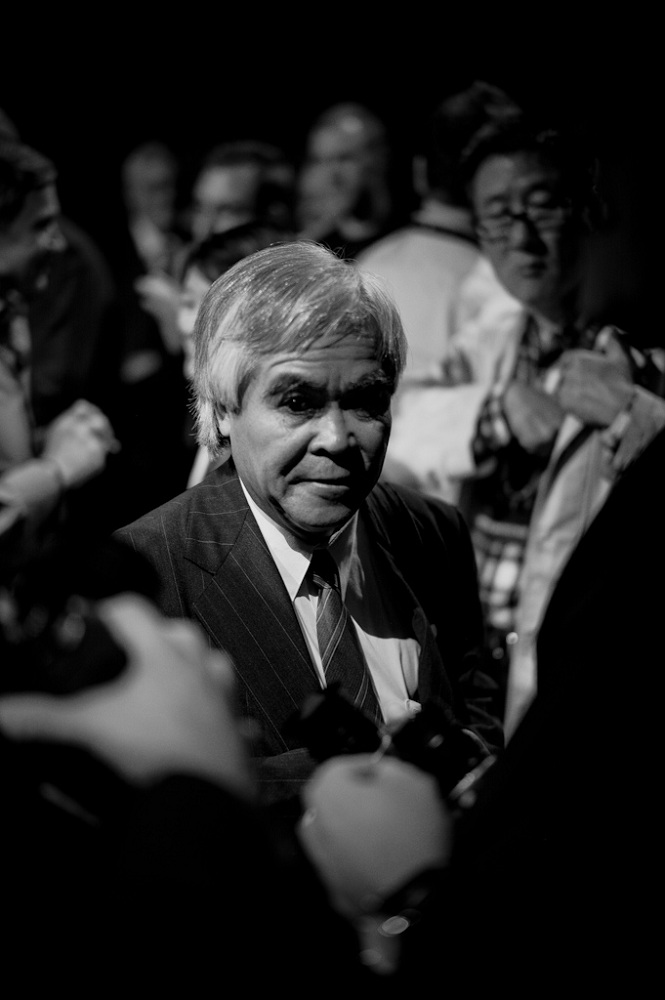 Most of my time in Cologne was spent at photokina. At Leica’s “DAS WESENTLICHE” event the night before the show opened, photographer Nick Ut was given the Leica Hall of Fame Award. As you can see from the photo titled Nick Ut at photokina, there was a large group surrounding him. He seemed like the calm eye of a hurricane amidst a swirling (and admiring) crowd. I heard him speak that night, and I was impressed with his humility and patience—two traits that must have served him well as a combat photographer. I’m especially grateful to Leica for hosting the photo exhibition area this year, where I saw some amazing images by a wide range of photographers.

My experience with the Cologne and Tokyo photos has helped me confront my reluctance in shooting portraits. Often the best way to avoid a creative rut is to look at your work objectively and try to figure out where it’s pointing you. If that’s a difficult direction—all the better. Doing the same thing over and over again is the easier route. It’s far more rewarding to explore new territory, even if it runs counter to everything you’ve done before.

This is a guest post by David English, who has a day job as a technology writer. He has written articles for CNET, Film & Video, PC Magazine, Sky and other publications. David started shooting with a Leica camera in March 2009 using an M8.2 and moved to an M9 in November 2009. You can see his photos at protozoid.com. His main website is davidenglish.com, and his classic film blog is classicfilmpreview.com.