Kai Müller: Combining The Spirit Of Photography And Music

Kai Müller is a Berlin based photographer and web designer with a big love for music, people and urban surroundings. He uses his talents to capture musicians and concert goers with energy and action.

Q: Hi, Kai. Can you tell us when you first got into photography and when you decided to make it a career?

Hi. I always enjoyed looking at photographs, especially those included in album covers and in skateboard magazines. But only a few years back I decided to try it myself. Don‘t ask me why I didn’t do it much earlier. But things went well; especially the photos I took at club concerts and then posted on my blog brought me my first paid gigs. This year I decided to do it full time. 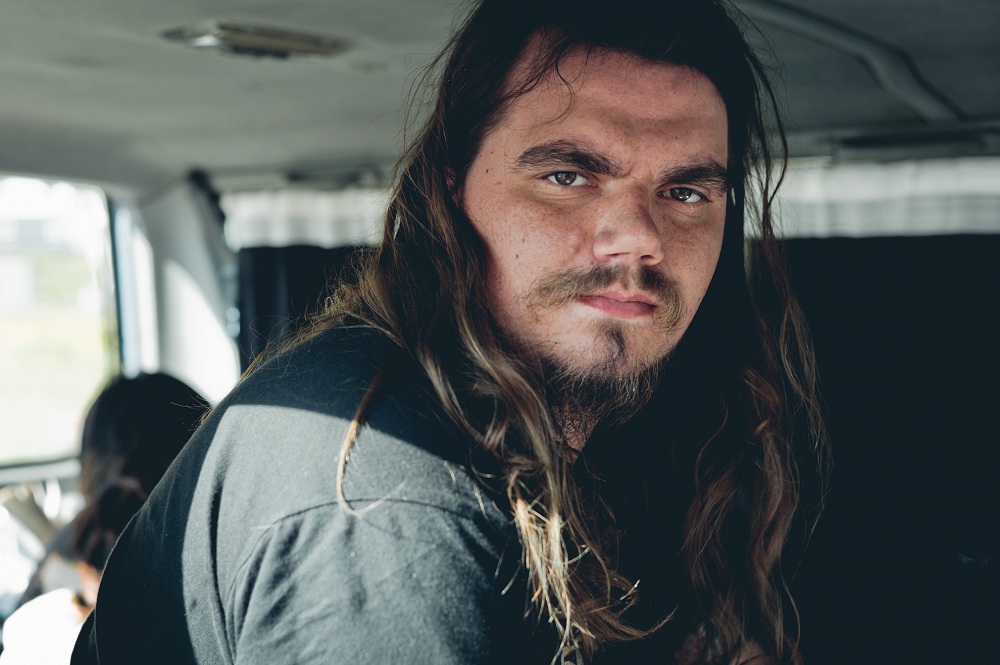 Q: When you decided to pick up photography, did you have any formal education in photography or were you self taught?

Ha, absolutely no education. I always learned things just by reading about it and in this case of course by looking at photographs and then try to figure out why I like them.

Q: Is there a photographer or type of photography that influences your work or inspires you?

There are so many names. Where should I start? Anton Corbijn perhaps was the first photographer who’s name and work I knew and liked. Today I try to find a healthy balance between all the big names like Cartier-Bresson and all the other godfather photographers at Magnum; Eggleston, Soth, Tillmanns or Rinko Kawauchi, to younger and maybe not (yet) famous photographers like Jake Stangel, Thomas Prior or the very talented German photographer Ramon Haindl. I could go on for hours and I haven‘t even mentioned the work of Mr. John Baldessari.

You see I‘m not ready yet to stop enjoying all kinds of photography and I can‘t see a reason to do so.

Q: When did you first become interested in Leica?

When you start with photography, you try to find out what equipment other photographers use. I quickly learned that there was a big relationship between all the black and white photographs of Magnum photographers and their use of Leica Ms. I decided I wanted one too. It‘s the most beautiful camera on the market, and a good one too! But the biggest advantage for me was its relatively small size. I don‘t like big cameras or lenses. It then took me some time, but finally I got one (a Leica M9) and I‘m still happily using it. 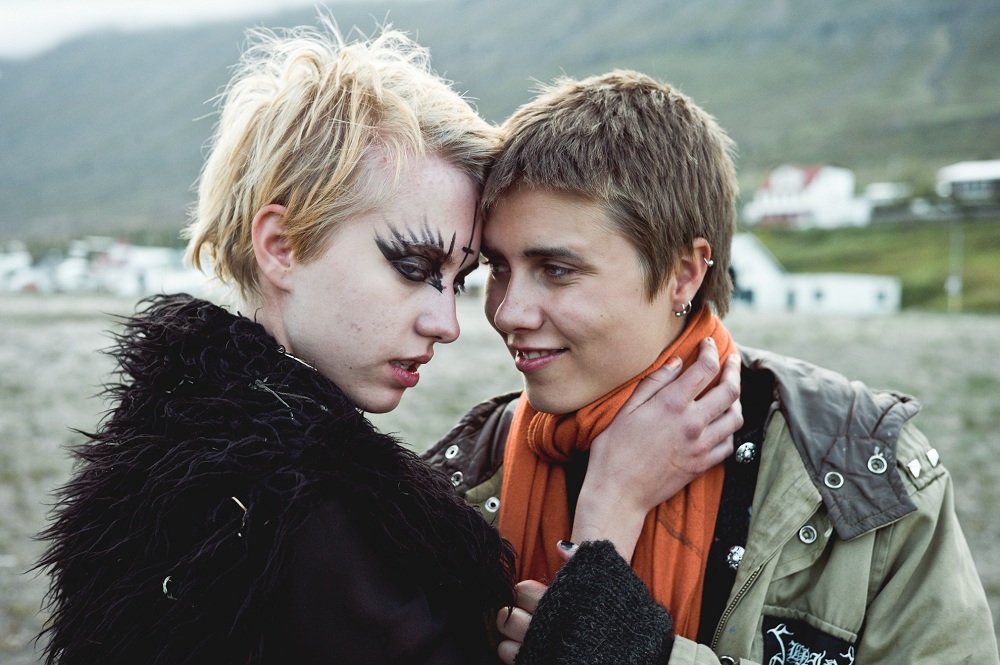 Q: Leica Camera recently released many new products at photokina 2012. Are there any that particularly interest you or would like to try out?

Of course, I would love to use the new M. It has a better sensor, plus it can handle higher ISO much better, which is essential for shooting club concerts where there‘s barely any light.

Q: You state that you take portraits in the video. Would you describe yourself as a portraitist or another genre?

No. I feel most comfortable with not staging anything, so if there‘s people to photograph I‘m fine with it, but I enjoy it most to have some context to add some layers. I‘m interested to catch a moment, you know, the surprising elements of what happens live…

Q: What, in your opinion, can a portrait reveal? To expand on that, what do you think makes a good portrait?

I think a portrait can both reveal a lot about a person and at the same time hide things. Just look at portraits of famous people – they range from angel to devil. Photographs never tell the whole story and in most cases they don‘t even tell the truth. I‘m not sure if I know what makes a good portrait. Depends on who‘s looking at it, I guess. 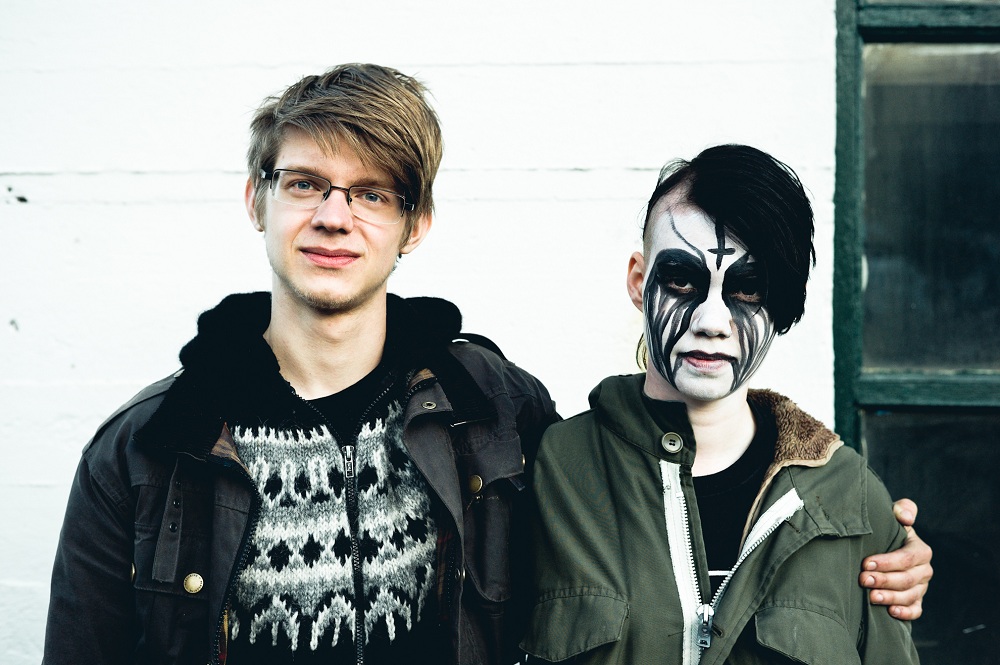 Q: Can you tell us a little bit about the Eistnaflug Festival, which is represented in the video and your images?

It‘s a metal festival where a few hundred Icelanders celebrate their sound and lifestyle. It all happens in a small village named Neskaupstaður at the east coast of Iceland, about 8 hours from Reykjavík. In the middle of July the sun doesn’t really set there, which makes it even freakier. So basically all you see there are fjords, water, nice small houses and hundreds of beautiful, long haired metal fans.

Q: Another thing you mention in the video is that you’ve played music yourself. What instrument or what type of music do you play?

I play guitar. But the last time I played in a band was about 10 years ago. Of course we were really good, but the people weren‘t ready yet (laughs).

Q: Any musicians or bands out there that you haven’t shot, but would like to?

Dave Grohl keeps forgetting to come by to have a beer and do some photos. But I managed to shoot the Foo Fighters in Cologne from the crowd with my small-point-and-shoot camera. You can see those images here.

As my second love is music, you can imagine there are lots of names on my list. But on the other hand I have to admit that I would be absolutely fine to just chat with these people instead of telling them where to stand and where to look. 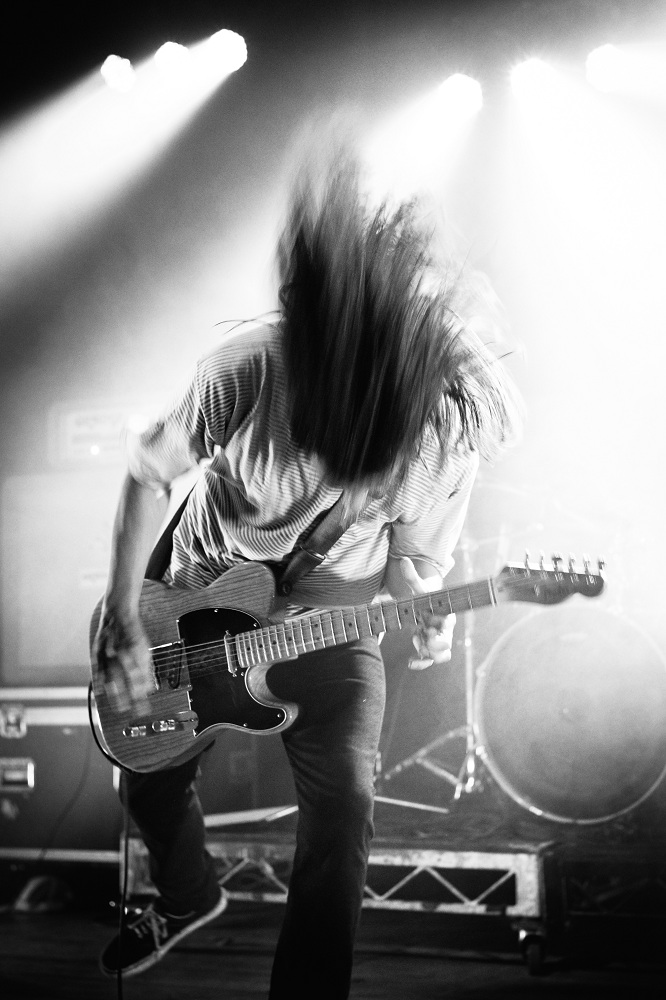 Q: Do you feel your passion for music affects your photographic process? If so, how does it?

I hope so. It makes a big difference to know (something about) your subjects. In case of shooting bands on stage it‘s good to know how the songs go and when something could happen you don‘t want to miss. You know, most concert photos look like an ad for microphones – close-up of singer singing – and that‘s perfectly boring. There‘s so much more happening at concerts, and that‘s what I‘m interested in.

There‘s also something happening in me when I‘m in front of the stage because I‘m a fan first, and then I‘m the guy with the camera. I‘m as excited to see the band as the crowd in the first row is.

Q: Another interesting part of your work is that you don’t re-touch your photos. Can you explain why, and do you ever wish you could go back and change or re-take a photo you don’t like?

I do digital editing but I would never move a tree from left to right or something like that. I‘m totally fine with cropping and adding even heavy color or do contrast adjustments. I still pick photos I took years ago and give them a whole new look. Some, if not all, of my favorite photos have mistakes in them. I like to think it makes them more real – whatever that means.

It‘s in the nature of photographs that you can‘t go back and take the exact same photo. Sometimes I wish I could, but I can‘t. That‘s the game. 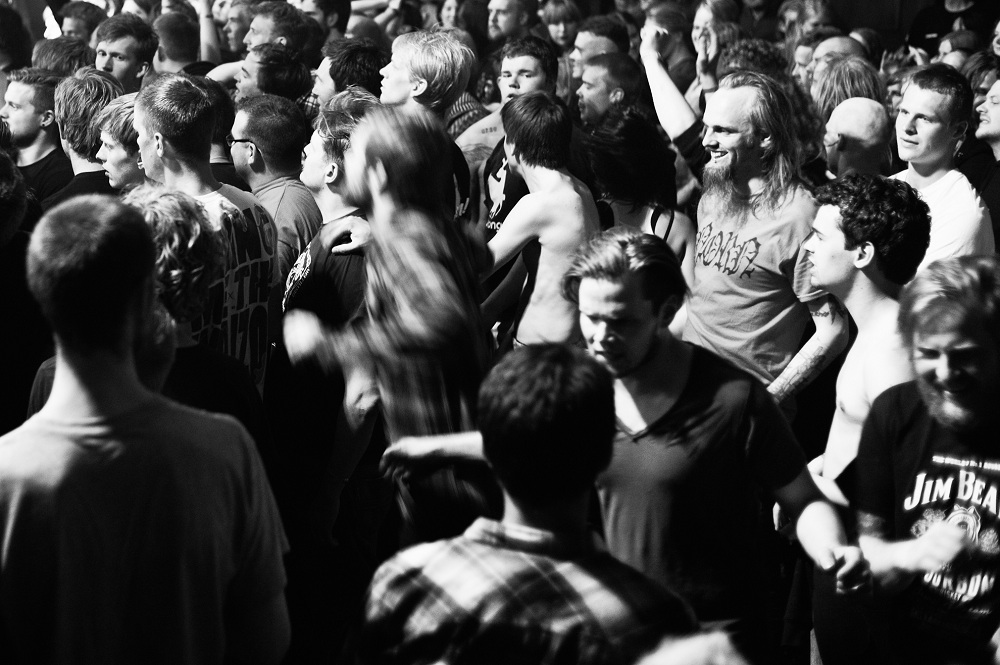 Q: The energy of the crowd and band during a concert is very intense and the action moves quickly as you can see in your image of the crowd How are you able to capture such movement and energy?

When I‘m in the middle of the crowd there‘s no other possibility than going with the flow, or mosh pit, haha. So I‘m feeling the same energy and sometimes I‘m lucky to capture it in a photo.

Yes, but unfortunately I don‘t talk about upcoming projects before they are ready to be seen. All I can say is that I‘m working on a personal project about Berlin. In the meanwhile you can have a look at my blog StyleSpion.de where I put new photos first. Then there‘s SONIC ICELAND, a portrait about the Icelandic music scene I‘ve done with my friend Marcel Krueger.

Thank you for your time, Kai!

Get in touch with Kai on Facebook and his blog. You can also see more of his work on his website.