Raised in New York in a home saturated with great images and frequented by notable photographers, Morgan Miller didn’t initially pursue a career in the visual arts. However, he became a professional photographer quite by accident thanks to his raw talent and an extraordinary stroke of good luck. Leveraging the organizational and analytical skills he acquired as a business major with his lifelong passion for the great fashion and commercial photographs of the past, Miller conceived of the idea of recreating images that capture the spirit of the iconic fashion images of the ‘20s through the ‘90s, but adding his own unique 21st century perspective to kick them up a notch and impart a contemporary sensibility. Here is the second part of our interview series with him and of the remarkable story of a project that became a mission with literally a cast of thousands. 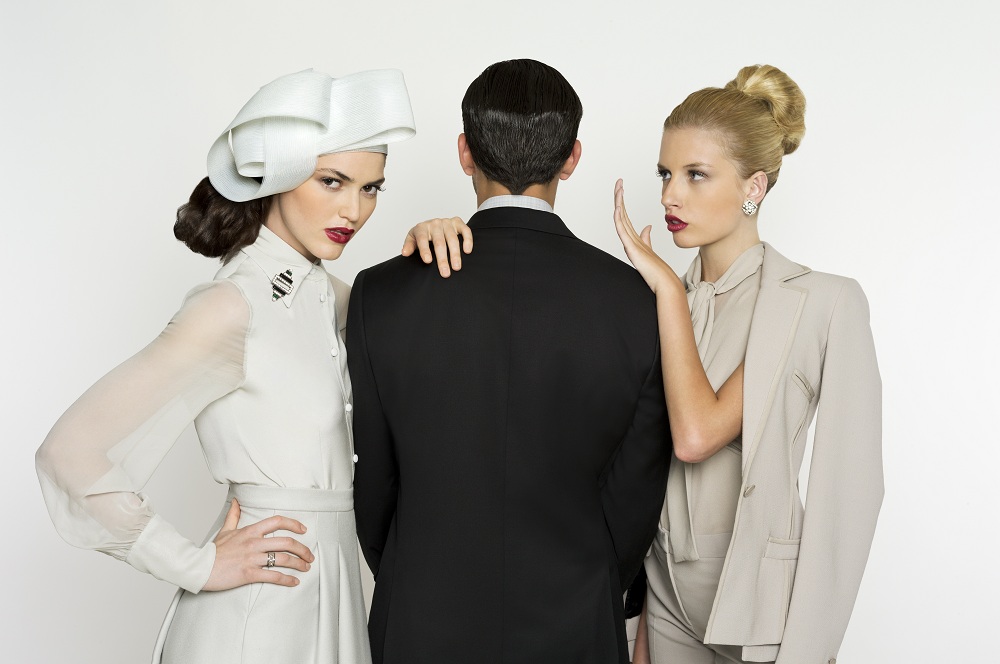 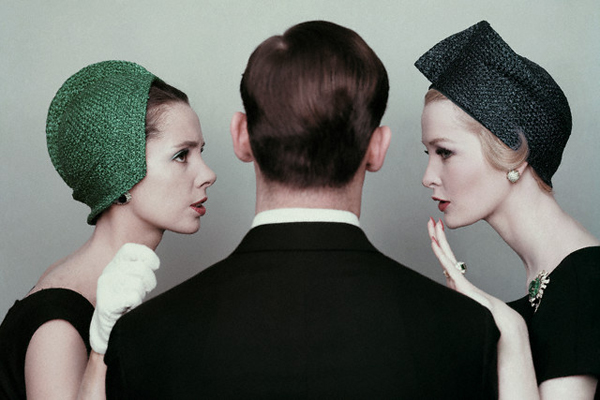 Q: Judging from these images and the others we’ve seen in this series, it seems like you work with a lot of strong females in general in your photos. Would you agree with that?

A: Yes, I think that if you have to tell a story then you have to have a distinctive personality, especially if you’re telling a story in still images without speech or movement. You have to be able to convey that strength visually, and I think they might all be strong in different ways—maybe in terms of physical features or maybe in their personality. It might be their soul or their energy, but there always has to be something that comes through or someone who can convey something.

I read this in an article about Steven Meisel, and it really stuck with me. He talked about how he worked with all these super models and all these amazing people for decades and how he made each one of them feel like the princess, and that would bring out the best in them. I took that to heart as a photographer; it’s not just your job to capture the image. It’s your job to reach the point where the model is comfortable enough, happy enough, safe enough and strong enough to really create that image. It’s that feeling, that emotion that has to come through. This person is in a flat two-dimensional piece of paper or glass or whatever the medium is. You have to speak without speaking. You have to move without moving. And that’s a special thing to be able to achieve, and I don’t think just anybody can do that. You have to find a way to bring that out in people. It’s part of my responsibility, whether I’m shooting for myself or for a client. You can’t fail to catch it; you simply have to get that shot. You have to make it happen. 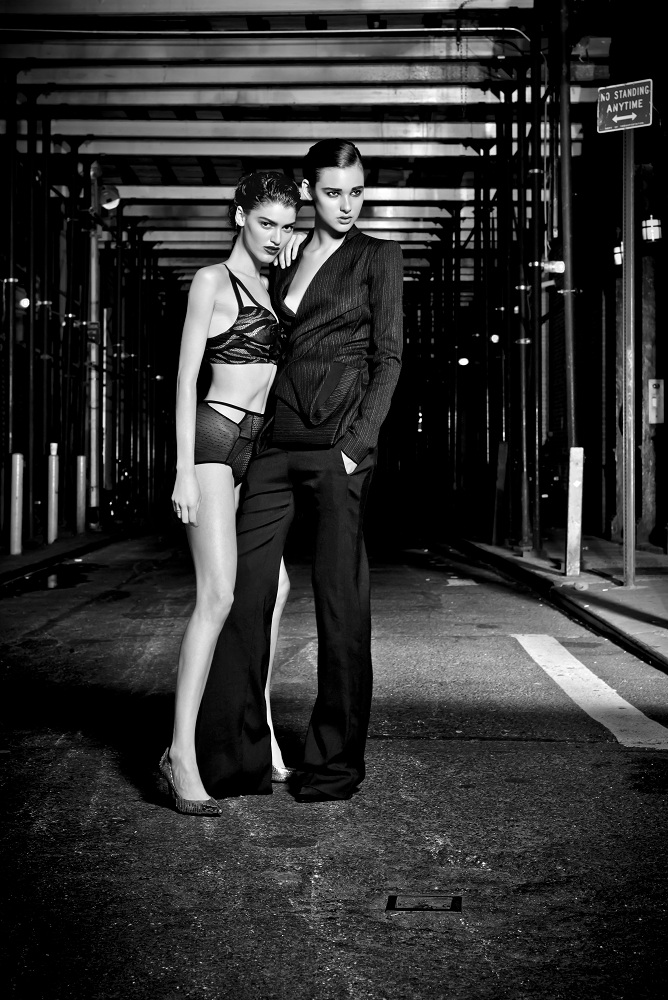 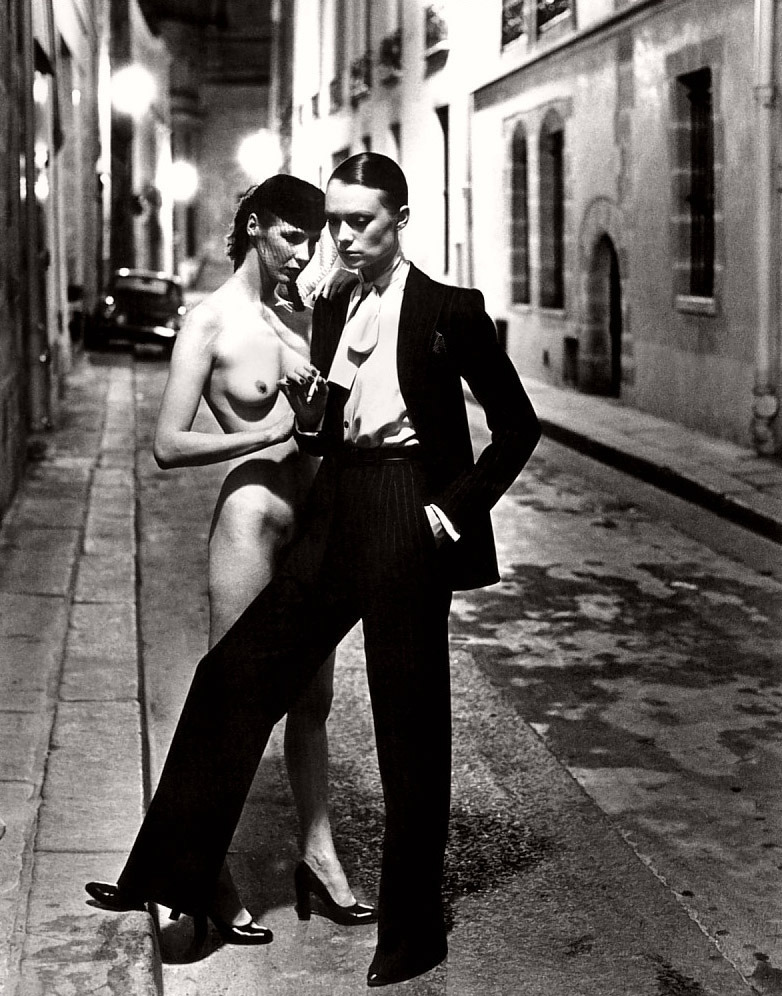 Q: This series isn’t completely in black and white, but almost. Can you speak to your choice to present the images this way?

I’ve always found something very special in black-and-white images. There is a certain level of black, and how saturated and rich the black is. And how there is a certain amount of sexiness in it. There’s just something to it you can’t really describe in words.

Q: Given that statement, are you excited about the Leica M Monochrom?

A: Absolutely. It’s funny, but I remember sitting down with Matt Riva when we were working on making my new website. He says, “I know you do stuff for Leica and you work for Leica and use Leica. Do you know about the new camera?” He seemed really excited. I said, “What are you talking about?” I was like a thirteen year old kid looking at a sports car. “Oh Cool! How fast does that go?  Let me play with that!”

There is just something so exciting about black and white images. There is always something un-definably special about it. 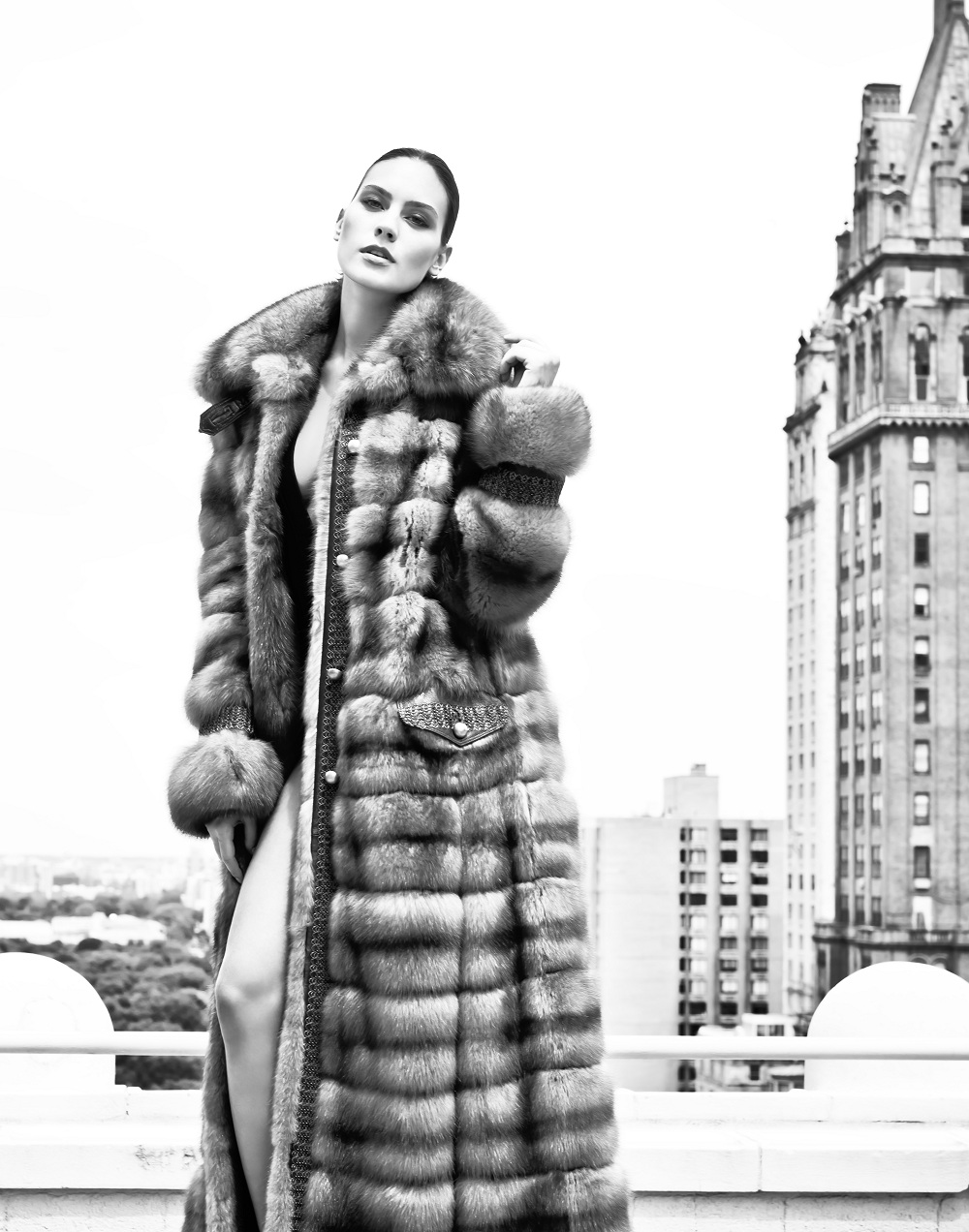 Q: Going back to your images. Here’s one that wasn’t modeled after an iconic image but an iconic photographer, Helmut Newton. The thing I like the most about this image is there is just a hint that she is actually wearing clothes underneath it. That almost could be a shadow or she could not be wearing anything underneath. Almost a tease.

A: Yes, she’s great and that’s what draws your eye to the thought of it without going too far—kind of walking a fine line. Amazing location and Ashley Pruitt was the stylist and did a great job.

Q: Tell us a little more about behind the scenes of some of the photos. Was Stephane Houy Towner, who was previously the fashion historian at the Met, on every shoot?

A: Yes, Stephane came for both days. They used him as the same fashion historian for 14 or 15 years, I think up until about a year ago. He just has an amazing knowledge of fashion history and the people and the looks. Even megastar designers would go talk to him before they put their collections out. It’s just a great set of eyes and ears to have involved with that.

Q: So he helped with the stylists?

A: Absolutely. He definitely put in his thoughts and opinions. When it came time to shoot he was our art director and leading up to it we spoke at length. 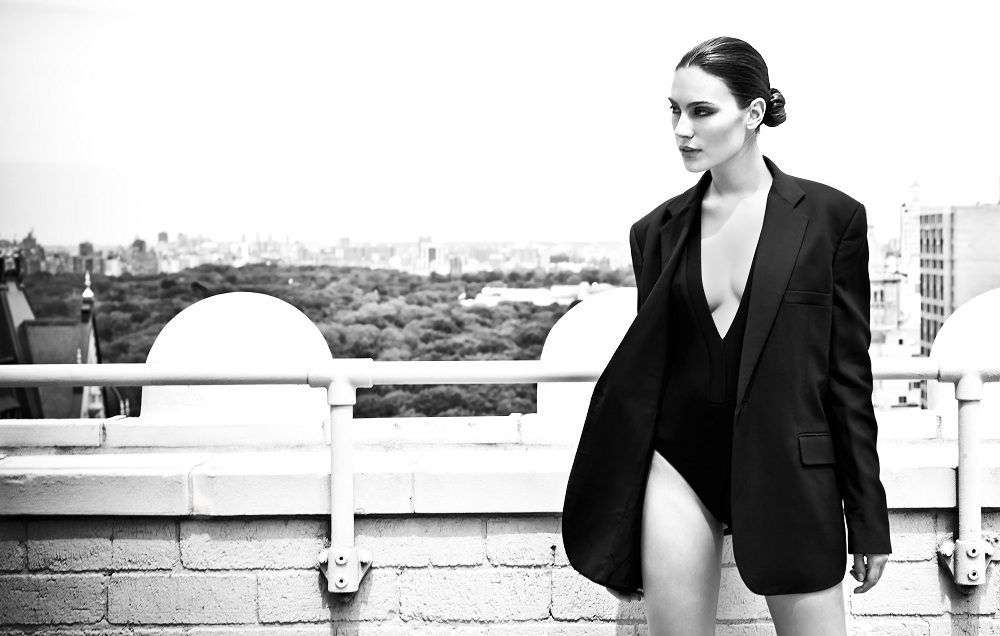 Q: Out of all the ones you captured for this series which one is your personal favorite?

A: I’m a bit different when it comes to this. I don’t really have favorites of things. I feel like it’s too limiting. I have so many things that I like or appreciate to ever have favorites of anything. I like all the images, but there are some that stand out or speak to me more than others. 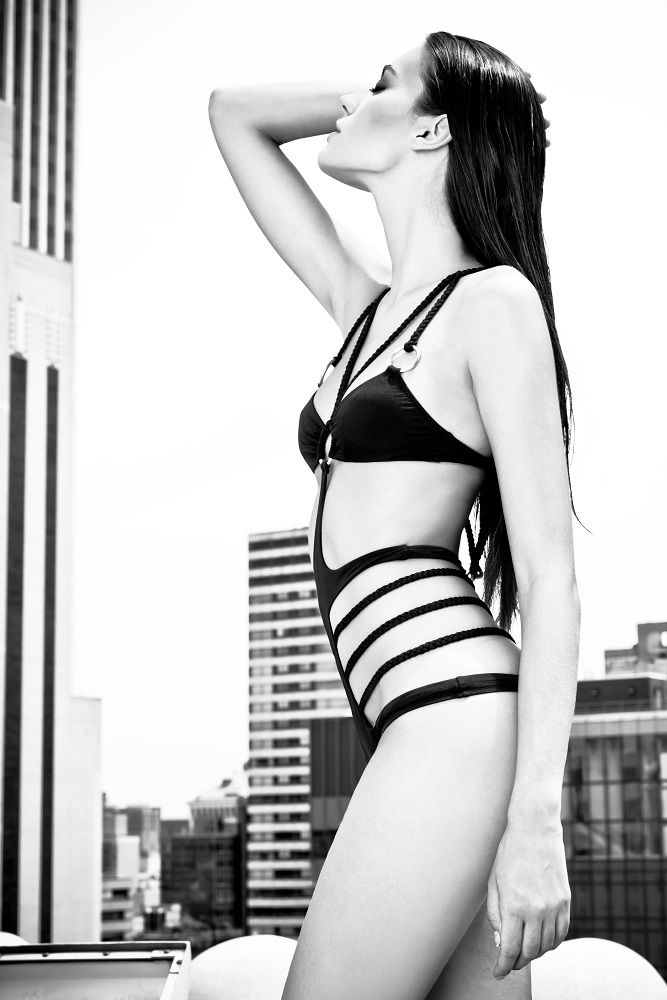 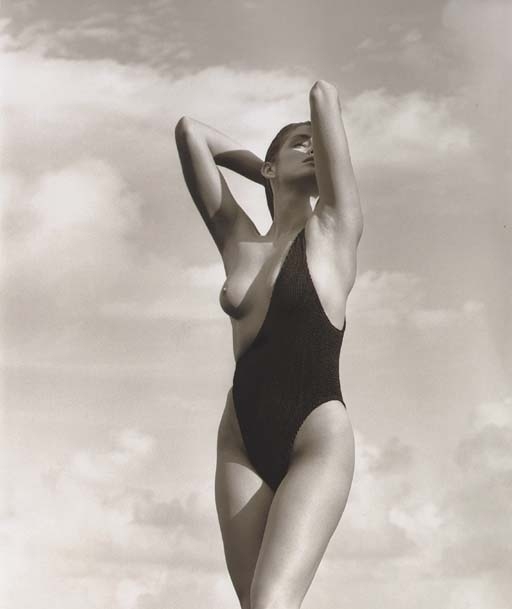 Q:  Since this was more of a passion project, did you find a big difference in your approach versus your commissioned projects?

A: I’m really invested in everything I do, no matter what I shoot, no matter what the project. You have to find a way to bring out the best in it and still leave your DNA attached to it—part of you as well. If you’re shooting for a client you have to get the shot. You have to get something they aren’t just satisfied with. You have to nail the shot that is what they dreamed of in their head, even if they couldn’t convey it to you in words. You have to take the time to understand what they are trying to say and what their vision is. And that’s one of the crucial things I’ve discovered as a photographer. You have to listen and also to really listen, to try to understand what someone’s vision is. And understand what they are seeing in their head. Because it’s not always what they say and it’s not always what they show you. The magic is finding out what they really want. That’s part of it. That’s a great challenge too and I always love things that are a challenge and I like to be the best at things. I like to make it right and I like to get it right. That’s always just been a big thing for me, especially with stuff like this, especially in a creative venue. That makes it even better. You can go off in a million different directions, but when you get it right you really get it right, and then everything you put into it was worth it.

Q: In addition to the re-conceived iconic fashion images featured the S Studio in NYC, do you have any other passion projects that you want to pursue?

A: There is always something new in the mix. I’m shooting every week because I love what I do. I do have some other pictures to show you, but more on that later.

Thank you for your time, Morgan!

Morgan Miller was the featured photographer at the recent S-Studio event held at Milk Studios. To connect with Morgan, visit his website, Twitter and Facebook page.

Click here to read part 1 of this interview series with Morgan Miller.