Peter McCollough: The Town Of Iqaluit

Last year on an assignment for Facebook Stories I had the opportunity to travel to the small town of Iqaluit, the capital of the Nunavut territory in Arctic Canada. The population of Iqaluit is very low, about 7,000 people – 60% of whom are ethnically Inuit. The town is quiet, small, the community is tightly knit but jobs can be hard to come by, the daily mean temperature is 14°F, there are lots of boats but no trees and the cost of food is verging on astronomical.
It might seem unusual for Facebook to hire a photojournalist, but there is a story to tell in Iqaluit that social networking has begun to play a part in. Members of the community have begun using Facebook as a way to bring attention to the problem of high food prices; Onions are $10 a pound, a few slices of watermelon are $12, a box of diapers can soar as high as $100. Beyond economics, the cost of food is also a glimpse into the ways in which western culture has changed the lifestyles of a remote, traditional community. 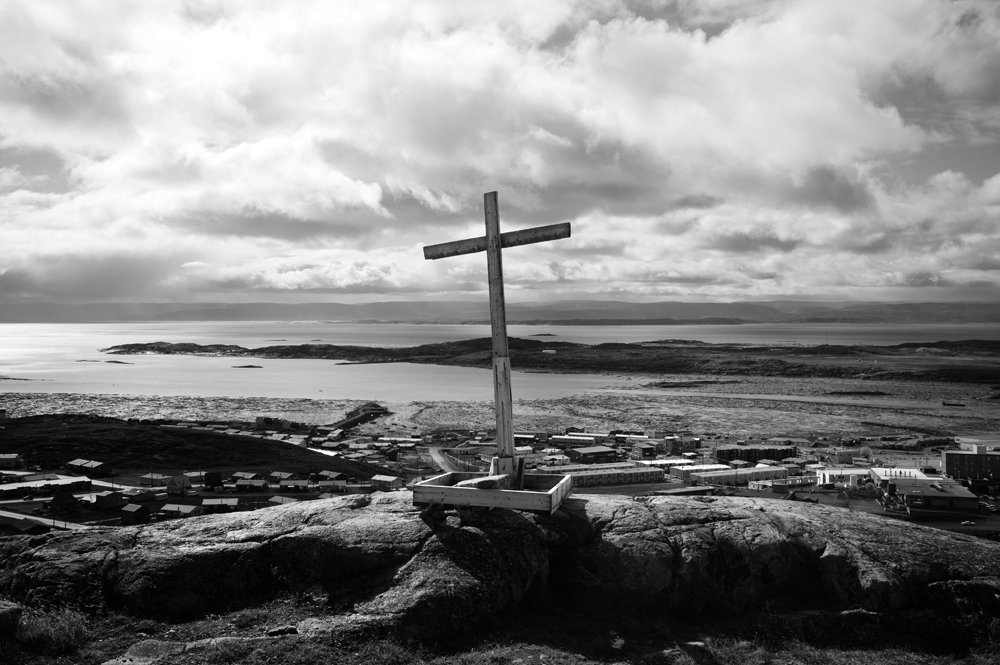 Iqaluit, which only became the capital of Nunavut territory in 1995, is home to governmental offices and acts as a gateway to the arctic for the occasional tourist or hunter. It has roads, gas stations, an airport, grocery stores. But a few generations ago, life was very different for the people of Iqaluit; they hunted for their food, relied on the land for all their resources and depended on their communities for survival. The finite nature of comfort and convenience that comes with western ways and the difficulty of sustaining the cost of it in a remote location is obvious, but seeing it firsthand always adds a layer of information that can be difficult to articulate.
After sitting down with several elders of the community, I was given a view of western culture I’ve always known to be true (from learning the history of Native Americans) but have rarely been able to hear directly. It began slowly in Iqaluit hundreds of years ago with european expansion and accelerated somewhat recently with the construction of an American airbase during World War II. One woman relayed a story of her ancestors seeing a white man in a wood ship sail into the bay. They had never seen a white person, they had never seen wood, they had never seen a ship made of wood, and they had never tasted sugar. For better or worse, the arrival of these things completely altered the way the Inuit people lived from then on. 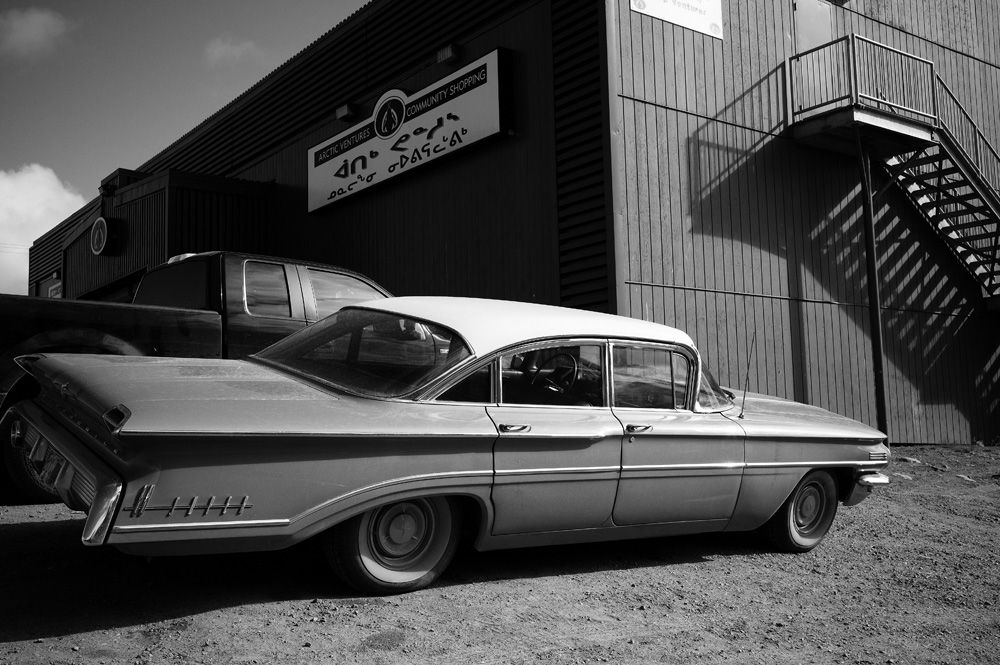 And now that the town is completely immersed in modern living, Facebook and all, it forces you to marvel at the pace of change and also at how some things, such as the scarcity of affordable resources, don’t seem to change at all. Seeing people struggle for the things they need never feels good, but I did find comfort in seeing how people can be empowered by the tools of technology. And I do believe that as technology advances, people will more easily find the fulfillment they need and desire. I would love if, in 40 years or so, I could go back to Iqaluit and see a balance between modern and traditional living – where energy and food are affordable and a sustainable lifestyle isn’t out of reach.
During our visit, which was brief, I could only imagine what winter must be like in such a place: utterly brutal to say the least. The fact that people have successfully lived for thousands of years, hunting caribou and whales in such extreme conditions is almost unimaginable to me. At one point the writer and I were able to sit down with a family and take part in a traditional meal of Narwal. In hindsight, the touch and the taste of the Narwal, even though I ate only a little, abstracted the entire story of the people and their history for me. It encapsulated all the differences and all the similarities – the strange beauty of it all. A landscape of immense stillness and quiet harshness. The importance of community. Somehow, I felt like I understood something that went beyond pictures or words.
– Peter McCollough
Peter Earl McCollough was born in Billings, Montana, in 1982 and grew up in Davis, California. Shortly after turning 18, he enlisted in the United States Marine Corps where he served from 2000-2004. After being honorably discharged he began studying photography in Sacramento. In 2008, after transferring to Ohio University, he received a Bachelor of Science in Visual Communication with an emphasis in Photojournalism. He is currently a freelance photographer and aspiring cinematographer based in San Francisco. In his off time he likes to paint and work on his street photography. More photos can be seen on his website, www.petermccollough.com.