My work for Orion Expeditions takes me to some genuinely exotic parts of the world. My last Leica Blog post about Eastern Russia is a good example of that.  Back when I first started shooting with the S2 I was conducting a photography workshop on board the ship as part of a visit to Papua New Guinea and that destination threw up certain challenges.
The first challenge was the humidity. PNG sits only a few degrees south of the equator, so it’s hot and sticky all year round. Cameras are not happy in these circumstances, Luckily the S2’s weather sealing meant that I did not have to worry about the occasional shower – within reason. The problem lies with changes of humidity, not the humidity itself.
Hotels are usually air-conditioned; the ship we travel on (MV Orion) is no different. It’s very pleasant to be able to come back on board to a nice cool room set to about 24 degrees Celsius. Heavy air-conditioning reduces the humidity. This has the effect of making your own internal cooling system work better because your perspiration can evaporate easily, thus cooling your body. When it’s really muggy this is a less efficient process and thus you perspire more to compensate.
When you move a dry, cool object – like a lens – into warm humid air you get condensation where the moist air hits the cold surface. This causes the camera to fog up to the point where it’s impossible to use it. In some situations that condensation can be so extreme it looks a lot like the beaded moisture on the outside of a glass of cold beer. Water and electronics don’t mix and even if a camera is weather sealed like the S2, it’s not air tight so moist air can get in and cause condensation inside the camera. Not only will your camera be useless but also it might get damaged.
Wherever possible I try to avoid moving my camera gear between extremes of warm/wet and cool/dry air. Going indoors into the air-conditioning is fine. It’s the reverse that’s the problem. So if your gear has been in your room all night and then you wake up to a wonderful dawn out of your porthole, resist the urge to rush outside to take some photos because within minutes your camera will be completely fogged up. You won’t get the shot anyway and you run the risk of breaking your camera
My solution is to not keep my camera in my room. On a ship like the Orion it’s not really likely that anyone will pinch my camera so I tend to stash my bag out on the deck out of sight. In a normal hotel this will not be an option so the only foolproof solution I know of is to put your camera and lenses in airtight bags like Ziplocs and go out at least half an hour before you think you’ll need your camera. The airtight bags stop the moist air getting to the camera whilst it slowly warms up but this process can take quite a while. The bigger the lens the longer it will take for the glass elements inside the lens to warm up to the ambient temperate. Once it’s warmed up you are good to go.

The other challenge I faced was working in the dark forest where the light levels dropped dramatically. I like to shoot images of people, and PNG is a superb place for portraits, day-to-day living and the rich culture seen during the sing-sings. I mentioned earlier that this assignment came soon after I started using the S2 so I was interested to see how it went and I had high expectations.
The biggest single issue for me is focusing. If a camera is hard to focus or its auto focus is poor, then I lose interest very quickly. I see focusing ability as a fundamental aspect of any camera. Even a camera with manual focus should be clear and precise.  On that score I needed to have no fear because the S-System has genuinely excellent AF, and better still, if you focus manually the lenses are fast and the focusing screen is bright.
It was deep in the forest when I discovered how good the AF was. In fact it was one shot that demonstrated to me just how versatile the S2 can be. We went up a river in Tufi on dugout canoes to see a sing-sing. When we got there all the local villagers were done up in full ceremonial costumes (now I know where Bird of Paradise feathers end up). One young man with a very serious expression was made up in what I took to be a warrior’s paint. It was dark with just a splash of bright orange on his cheeks. It sounds cliché but sometimes a shot just leaps out and grabs you by the throat – this was one such moment. 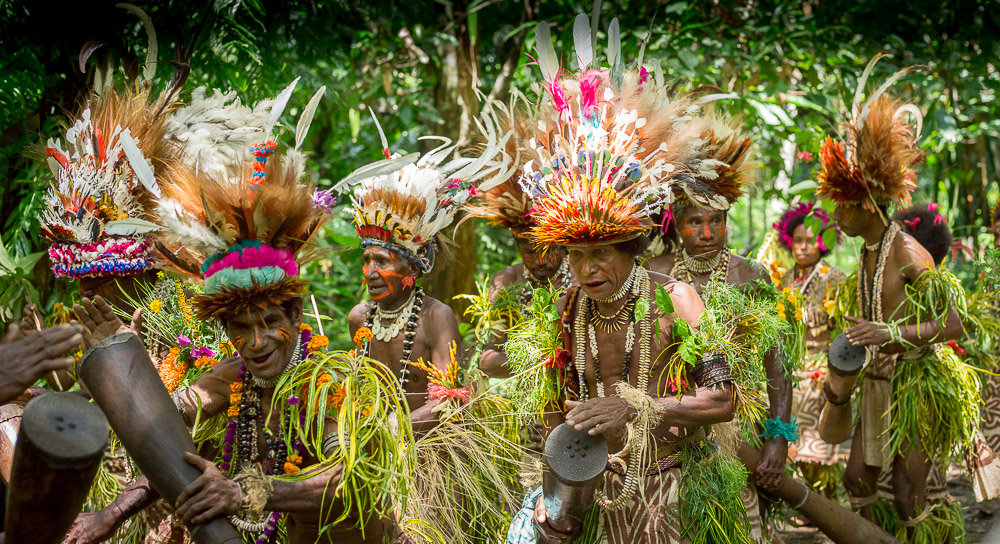 Light levels were low, and a tripod was out of the question, so it was up to the camera to perform under difficult conditions. I ran the ISO up to 640 which I had already tested and found to be completely acceptable. I chose the 120mm macro lens because I like to fill my frame with a subject’s face and to throw the background out of focus. The 120mm is an f2.5 lens so shallow DOF is no problem and the wide aperture gave me as high a shutter speed as possible under the circumstances – in this case a measly 1/60th second.
The S2s single focusing point in the center of the viewfinder has been criticized in camera reviews. Personally I only ever use the center AF point no matter what camera I’m using. As long as it’s accurate, I’m happy.  In this case I focused on the boy’s right eye and trusted the AF to do its job. I tried focusing manually but there was not enough light for me to be certain of my accuracy so I left it up to the camera.
I shot about six frames before my subject lost interest and moved on. All of those six frames are in focus even though some do show some camera shake. Camera shake is not the camera’s fault, it’s mine, and it’s up to me to hold steady. I ended up with this shot: 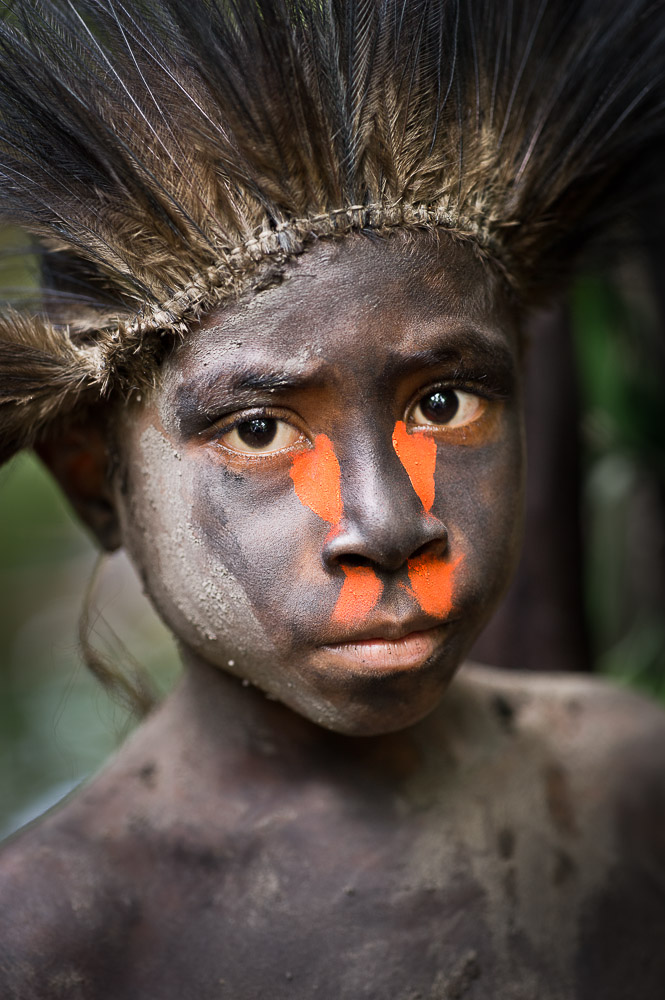 I think this was the best image I produced on the entire trip.
What is really cool is that I have made 20”x30” prints of this image and not only is there zero noise visible, but it’s absolutely tack sharp right on the eye as I intended it to be. There are plenty of other cameras that have very good AF too, but the S2 did exactly what it was designed to do and I cannot ask more of any camera. What was exceptional was the quality of the capture after the hardware had done its job – 37.5MP of that Leica look.
-Nick Rains
Author’s note: Larger versions of many of these images can be seen on Nick’s iPad app Photique which is a free download from the Apple iTunes Store. The iPad, with its 264ppi retina screen, is one of the few devices capable of showing what images from the S2 really look like because it can display 4000px wide images at 100%.
To see more of Nick’s work, check out his website or drop by his Facebook page.