Dominic Nahr was born in Switzerland in 1983, raised in Hong Kong and has been based out of Nairobi, Kenya since 2009. He is currently a contract photographer for Time magazine and past editorial clients include The New Yorker, National Geographic Magazine and The Wall Street Journal among other notable publications.
Nahr has been honored with several prestigious awards, including the Oskar Barnack Newcomer Award, first place in Picture of the Year International and selected as one of the ‘Top 30 under 30 photographers’ by PDN magazine. He has been exhibited at Visa Pour l’Image in Perpignan, France; with Leica at photokina in Cologne, Germany; and multiple solo and Magnum group exhibitions. Nahr joined Magnum Photos in 2010 and his prints are part of many major collections around the world.
Q: What was the inspiration behind the idea to do this series?
A: Well, I am a photographer that mostly works within the framework of news and documentary photography. The French went to war against the Islamists in Mali, which is a big news story. Stern Magazine assigned me to cover the story for them.
Q: What cameras/lenses/equipment did you use to shoot this series?
A: I used a Leica M9 with mostly a 35mm f/2, although I will always have the 50mm f/ 1.4 in my pouch.
Q: How did you first become interested in Leica?
A: I had a chance to try out the M9 for the first time in early 2011 in Japan. I have never used a rangefinder before so it took me some time to get used to it, but after I did it felt amazing to shoot with. I felt I could capture much more hidden moments. I usually work with larger camera bodies such as the Canon 1Ds, so it was a completely different experience to work small and silent camera. 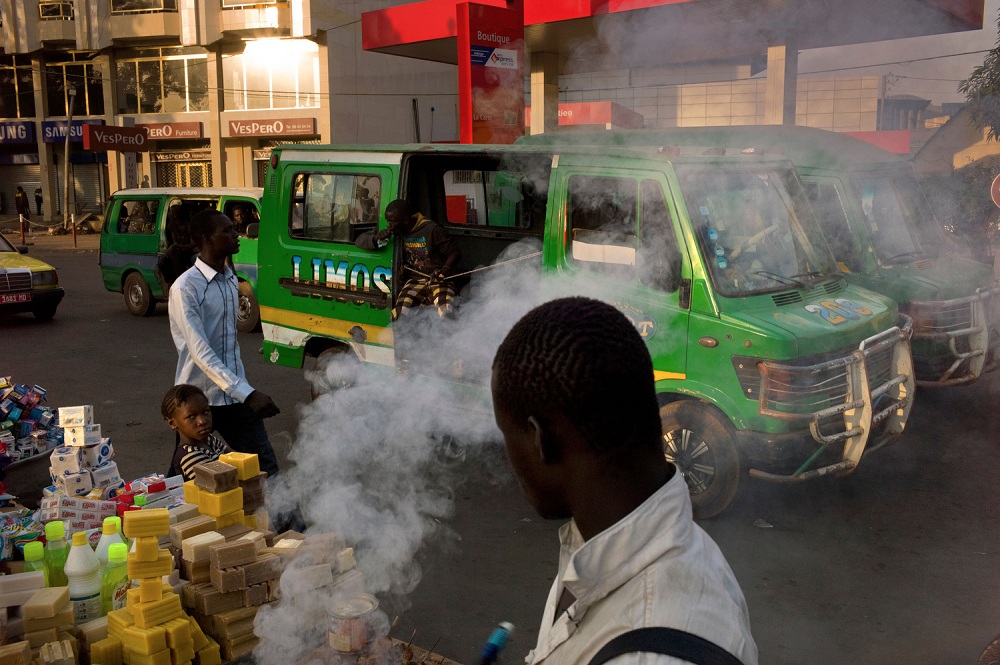 Q: How would you describe your photographic approach in shooting this reportage?
A: Photographing in Mali was very different then the usual stories I photograph. Normally I cover news stories where there aren’t a lot of other media around. There were hundreds of journalists and photographers around and not many places we could go in the beginning. I tried to do my best to get intimate pictures of a conflict that was hard for us to see happening.
Q: What was your ultimate goal, or what did you hope to achieve, with shooting these images?
When covering a news event, I think the goal is always to give an account of what is going on in a way that gives the viewers a sense of being there. I did not have access to the front line fighting I tried to capture everyday life in the towns and cities I visited. I chose to focus my work on the beauty of the individuals and the environment that they inhabit. 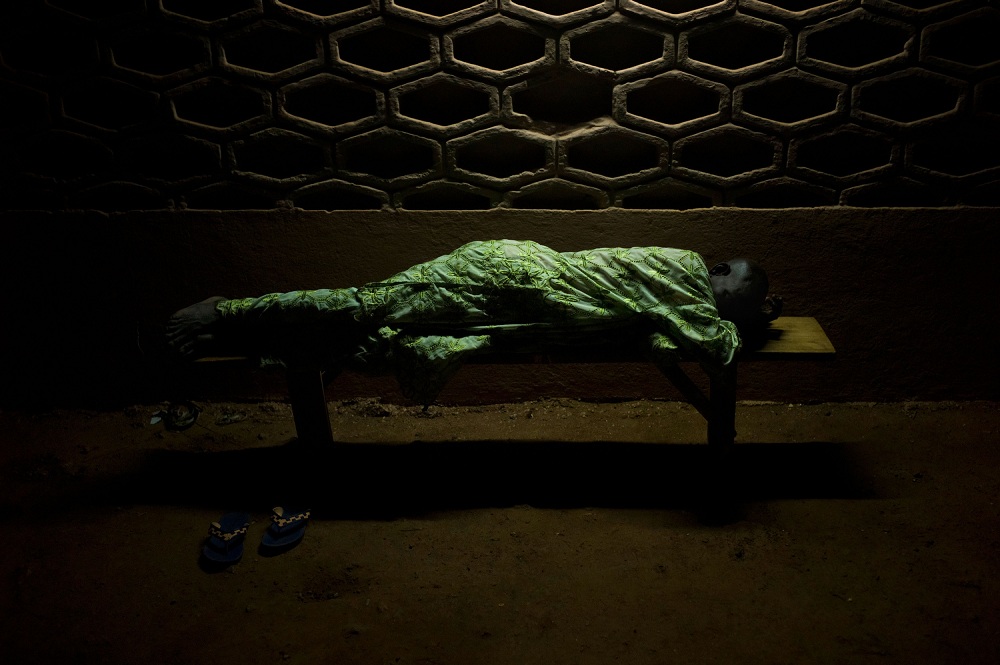 Q: Did you want the reader to have a specific reaction to these photos? Did you want to elicit a certain emotion from the viewer?
A: I tried to witness and document what was happening in front of me within the time frame that I was given go cover the events. While shooting this story I focused on harnessing the emotions and feelings that the situations created. Hopefully the readers will then feel these emotions, when looking at the photographs.
Q: How did you first become interested in photography? Was there a photographer or type of photography that influenced inspired you to pick up a camera?
A: I grew up in Hong Kong and was fascinated by the war photographs that were displayed in the Foreign Correspondents Club in Hong Kong, where my parents were members. The images from Vietnam sparked my curiosity, which then lead me to research deeper into war photography, where I found books on Chechnya, Beirut, Kosovo, etc. I have had several mentors along the way who have helped me move from one level to the next and for this I am grateful.
I was kind of forced into photography as a profession early on when one of my mentors, an AP photographer called Hugh van Es, told me to take up an internship at our local newspaper in Hong Kong. I had taken a few frames beforehand during class trips, but nothing serious. Being thrown into the deep end and being forced to work right away was great. There is no other way to know if something is for you until you do it full-time. I felt it was like boot camp for photography, filled with many exercises that were repetitive and not very fun. After leaving the newspaper I went back to university with much more discipline, which let me focus on learning more about art and photo history. 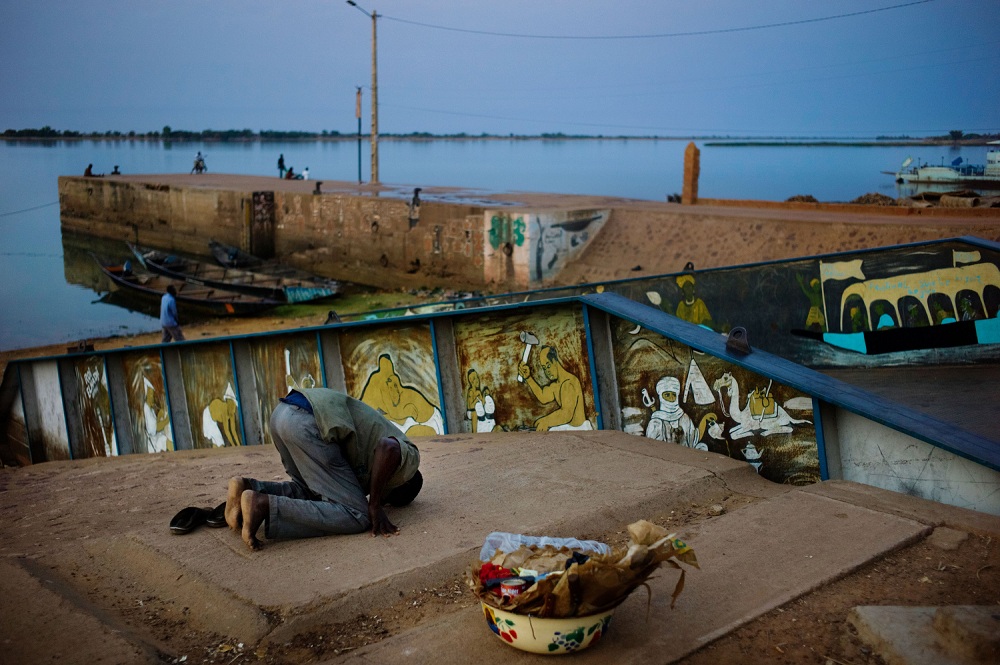 Q:  Is there any Leica equipment (the new M, Monochrom, etc) that you would like to get your hands on to try?
A: I would be very interested to check out the new M and the S-Systems.
Q: Photographers often go into combat zones or on humanitarian missions and show what is happening to the people involved. Do you think photography can change the world? Make a difference in the subjects’ lives?
A: I am not sure if photography can change the world or help the subjects lives. I believe in recording history, because if I don’t, who is to say it really happened.
Q: You are a member of Magnum Photos, which has a great history and relationship with Leica. What does being a part of Magnum mean to you?  Has being a member affected your career? If so, how?
A: Being part of Magnum has been a dream come true. My biggest influences are current and past photographers of Magnum and they definitely motivated me to become the photographer I am now. There have been a lot of opportunities that would not have come up if I wasn’t with Magnum. These opportunities have pushed me to expand my world and redefined my work.
Thank you for your time, Dominic!
– Leica Internet Team
Please find Dominic’s full reportage in LFI 3/2013. Also available for the iPad. Find a reading sample here. To learn more about Dominic, visit his website, Twitter and Magnum profile.