Tom Stoddart has traveled to more than 50 countries and documented such historic events as the fall of the Berlin Wall, the Siege of Sarajevo and the election of Nelson Mandela as South Africa’s first black president. His in-depth work on the HIV/AIDS pandemic blighting sub-Saharan Africa won the POY World Understanding Award in 2003. In the same year his pictures of British Royal Marines in combat, during hostilities in Iraq, was awarded the Larry Burrows Award for Exceptional War Photography. The images in this post are from Tom’s project on South Sudan that was featured in the DAYS JAPAN International Photojournalism Awards. Stoddart now works closely with Getty Images to produce features on serious world issues. 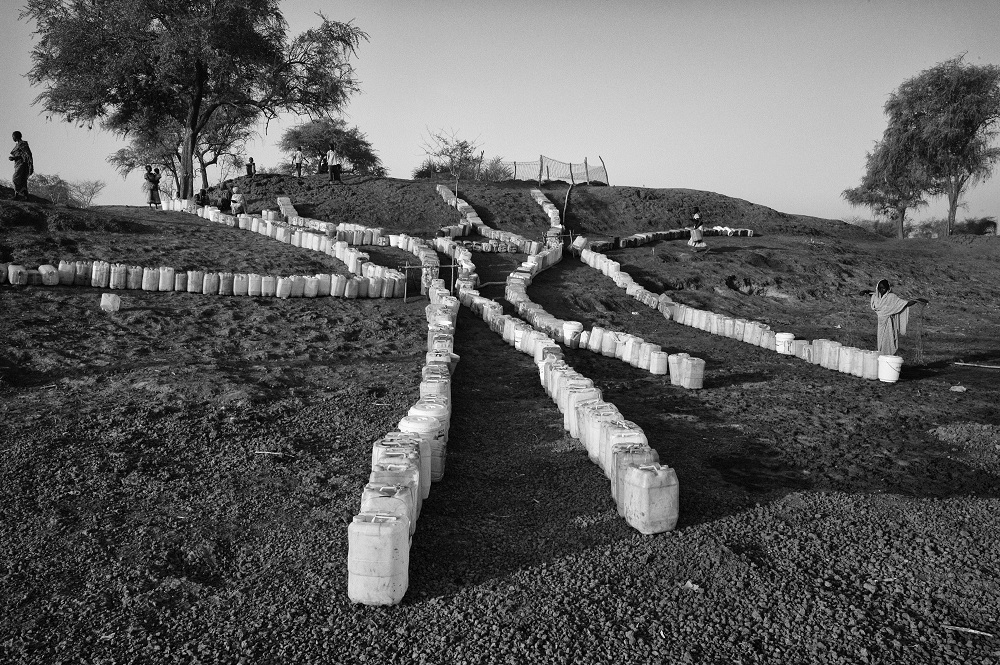 The Jamam refugee camp in Upper Nile State, South Sudan houses 36,500 vulnerable people who have fled across the border from their homes in Blue Nile state to escape the ongoing fighting between Khartoum’s government troops and the Sudanese People’s Liberation Army. In spring 2012 water was desperately scarce in the camp and as people formed long lines at taps in 40 degrees of heat, frustration and fights broke out. 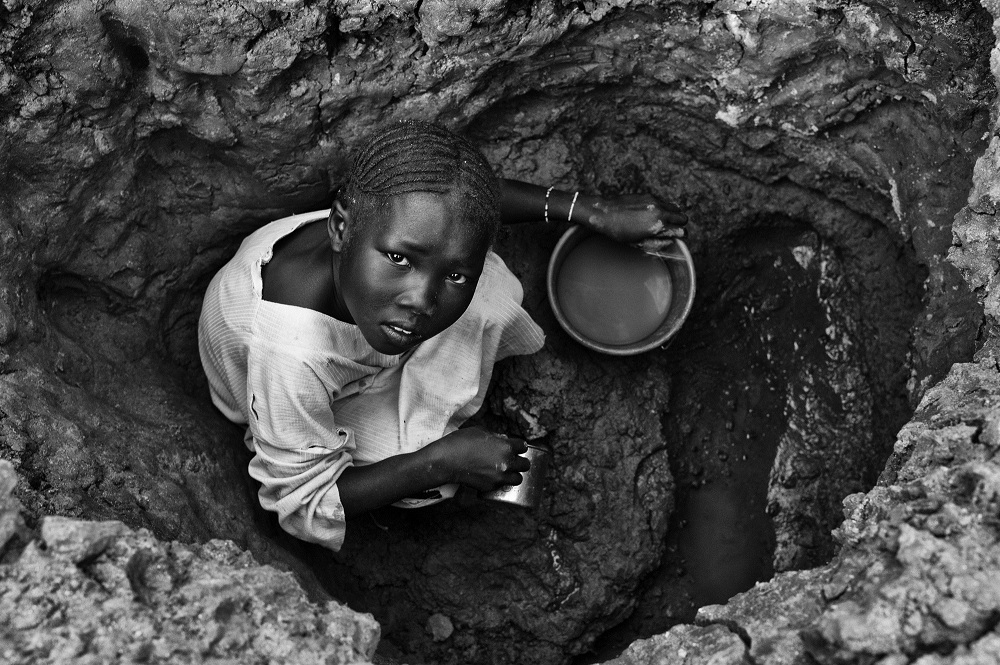 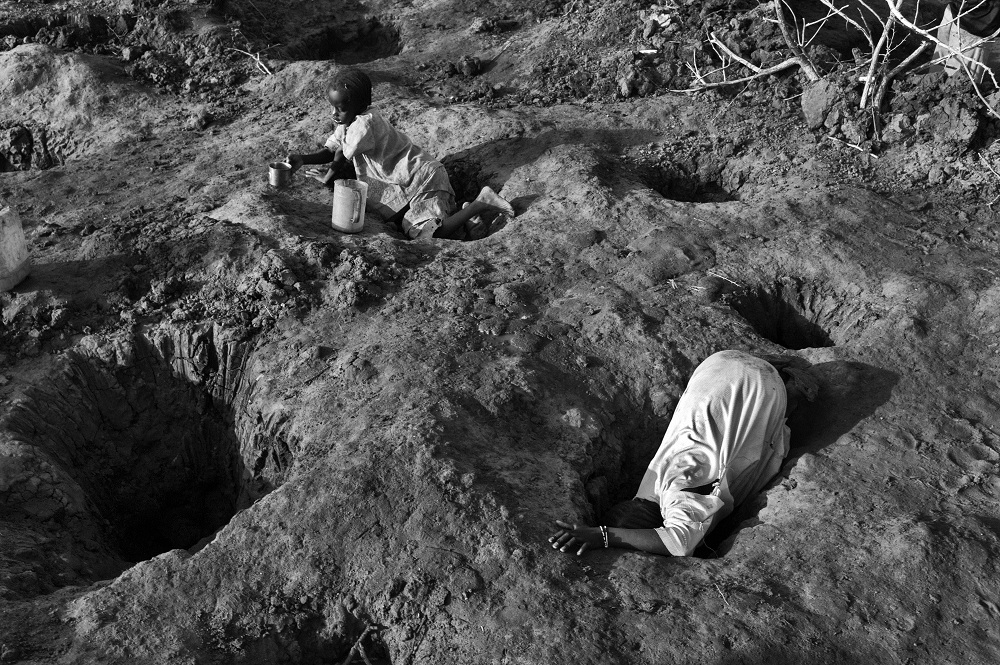 Nearby at a dried up watering hole, every day dozens of thirsty children dug deep holes and caves into the parched earth to scoop up cups of muddy water. Sarah Yabura aged 16 says “Getting water from the holes is very difficult and dangerous. I’m afraid of the snakes. Life here is difficult and it will get much worse during the rainy season because this area will be flooded. Our whole family is here except my grandmother who stayed in Blue Nile. I have no hope for the future because there is no school here, no good life and my future is dark.” 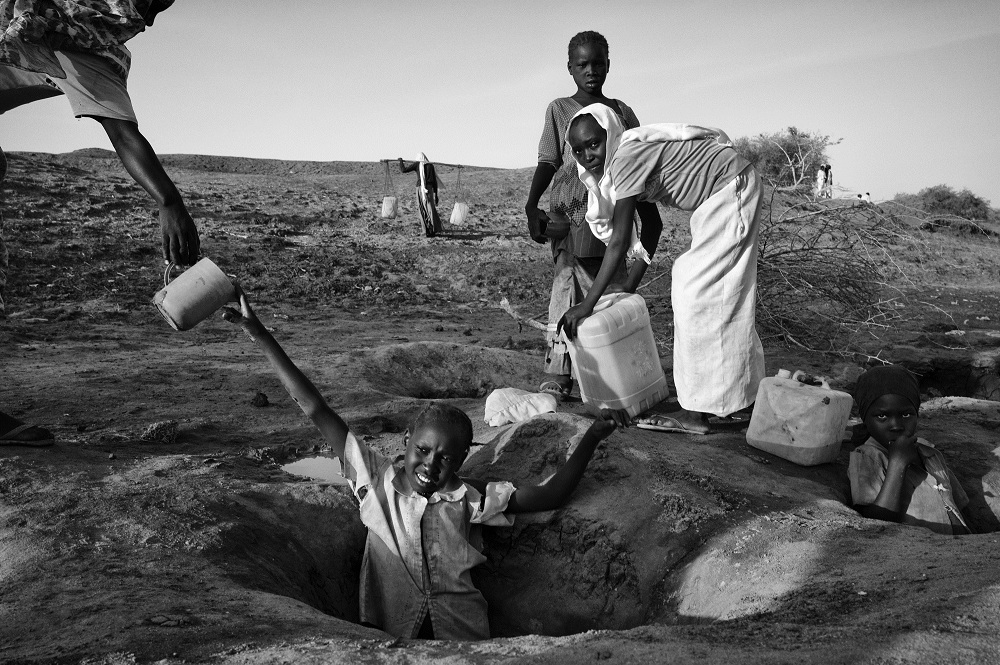 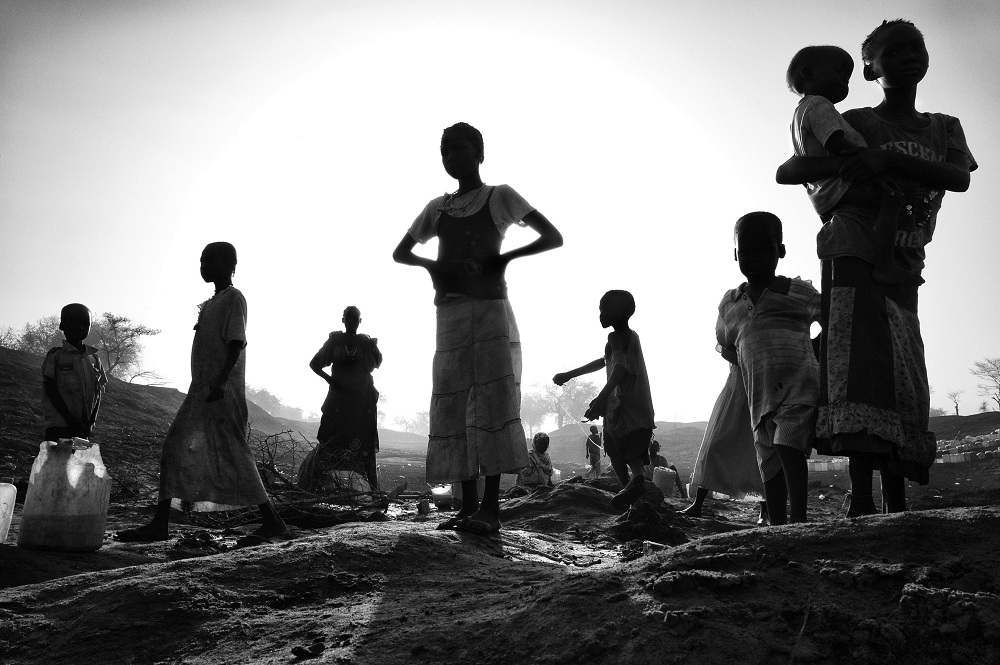 People were weakened by vomiting and diarrhea but NGOs believed the real danger would come when the rainy season arrived. Marcel Pelletier, a water engineer with the International Committee of the Red Cross (ICRC) said, “In my ten years’ experience as a water engineer in conflict-affected areas, I would say the water shortage in Jamam is as severe as anything I’ve seen. It is a desperate situation. There is no excess water for washing; it is all used for cooking and drinking. People are digging by hand into the ground on the site of dried-up watering holes and scooping up any water they find. These people are thirsty and are spending six hours outside with jerry cans in the intense heat. Far from being the solution, the rains will actually make things worse. The lowland where animals now graze and which people have used as a toilet will flood, turning it into a vast contaminated lake. With no clean water nearby, people will drink directly from it. The health risk is glaring; deadly water-related diseases could sweep through the camp like wildfire. We have a real humanitarian crisis on our hands.” 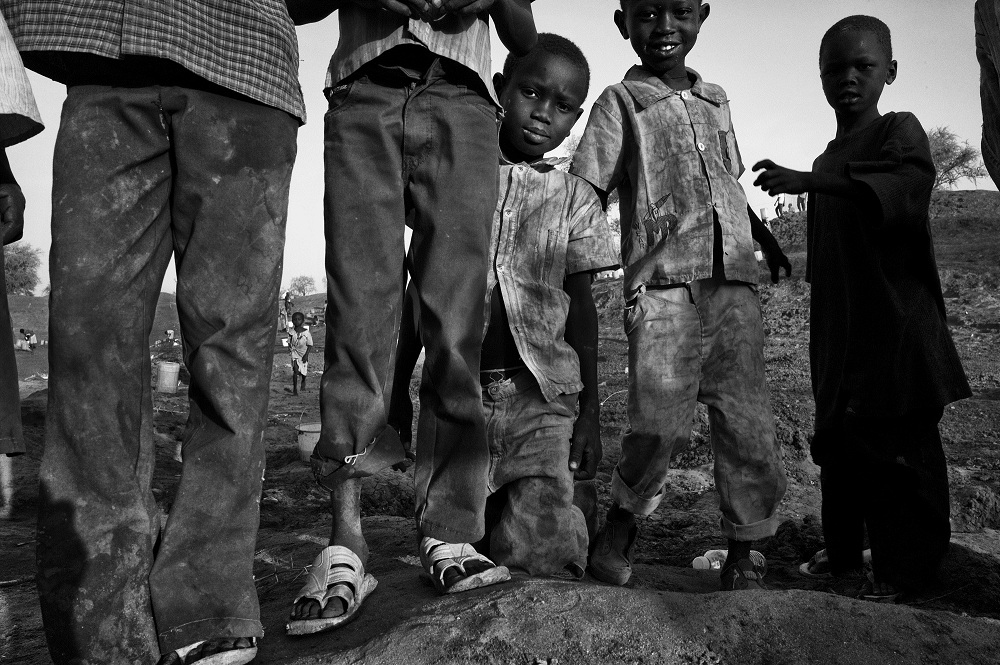