Domenico Foschi was born in Italy and later moved to Los Angeles where he has dedicated himself to photography. His work has received numerous awards and been published in magazines such as View Camera and B&W Magazine. His work has been exhibited at the Los Angeles County Museum of Art (LACMA) and at galleries in Spain, Italy and the United States.
Making A Change
An artist’s career can be segmented by moments when there is the realization of a need for change or the necessity to shake off the rust and webs that develop after reaching that unchallenged place of comfort.
That is what happened to me a few years ago when I began to understand that my 25 years of exclusive commitment to large format photography was going to end. I was tired of the slow approach and I was ready for something more immediate. I needed to further shut down my logical side and give free rein to my instincts. So without much clarity and with much hesitation, I decided to throw myself into the streets of Los Angeles with an old Leica M2 and a 50 mm Summitar lens in my hands.
It turned out to be a trying change; one that had me unprepared after such a long period of slow, isolated, lofty and tripod bound photography. At the same time, I had never felt, in anything photographic I have done, such an excitement, such an awareness of my surroundings. I felt life rushing around, through and between me and the crowd I was photographing. 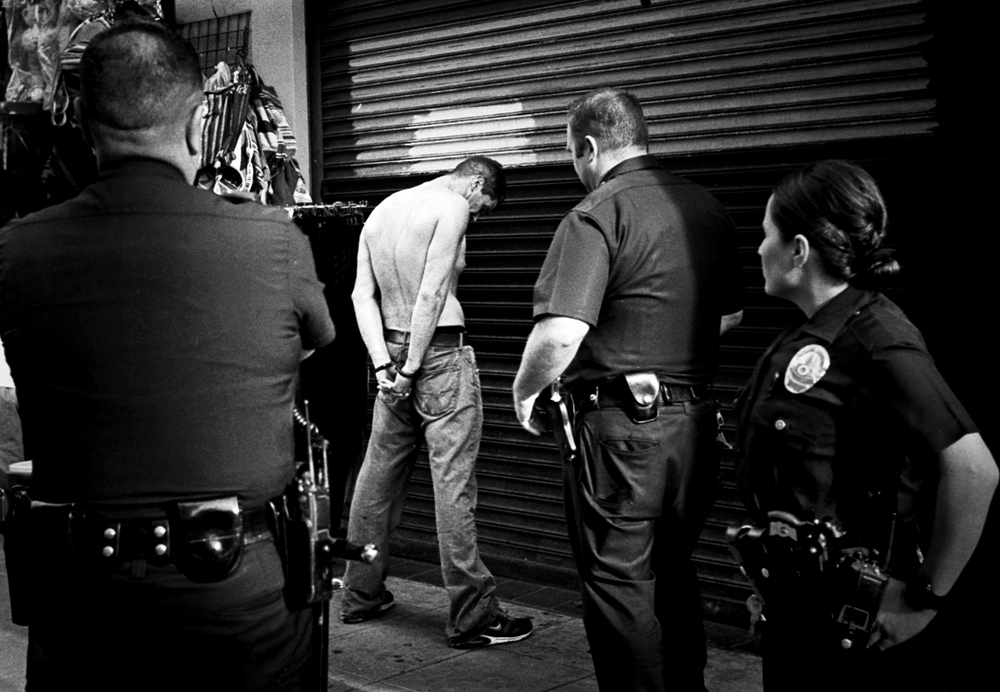 I know that it’s foolish to speak now of future things, but I do believe this new approach to photography will stick with me for a long time. The continuous challenges it presents, the heightened state of awareness it pushes me to be in, and the discovery of rare pearls when I inspect the developed negatives will be enough to keep me passionate for a long time.
The use of film as opposed to the digital workflow was an easy choice, having spent decades working with this medium. In my personal work I need the process of loading film into the camera. Developing film, printing the image on silver paper, applying post-development tonal controls such as bleaching, and subsequently retouching the print, constitute the stages that I need prior to the release of the print into the world.
Although the kind of photography I do now can easily be classified as street photography, I do not consider myself a street photographer. I have always found labeling, especially in the arts, a detriment to creative freedom, which can lead to a rigid crystallization of the artist’s image in the art world. 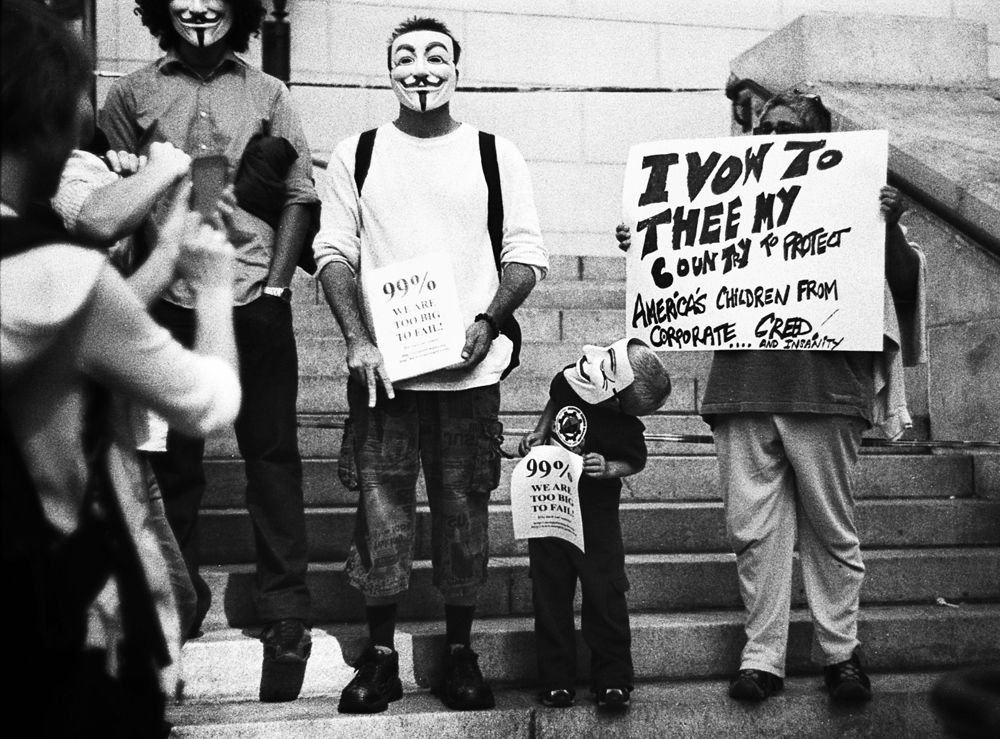 I named this body of work “Los Angeles, Mon Amour” (Los Angeles, My Love). It is one of the many title variations from the screenplay of the French writer Marguerite Duras “Hiroshima, Mon Amour.”
This title expresses a complicated relationship of true moments of kinship with the city, studded by instances when particular scenes resonate in my psychological make-up and belief system to create reactions ranging from irony to a sense of damaged sadness — a subdued mix of mystery and shock and recognizing life in moments of intimacy stolen from the subject. But it is never about the truth, because the intention is not to describe reality. Rather it’s about selecting elements in space and time to the whim of my subconscious in order to reflect parts of a shattered self.
So, yes, it is personal work, but one that, in the best examples, expresses something that has a universal appeal. It is there to define our vulnerable condition, without describing fully, sometimes confusing things on purpose and never giving an answer.
Always saying, “This is what I chose to show.”
– Domenico Foschi
To see more of Domenico’s work, visit his website and blog.