Normandy’s Côte Fleurie is, above all, a sensory experience. And to the senses, the area seems anything but modern, operating instead on a time continuum that is more appropriate to an age past.
Honfleur’s winding cobblestone streets, which hug its picturesque, rectangular boat basin, hang heavy with the legacy of the 16th and 17th century explorers who departed its port for Brazilian and Canadian lands. Its cornucopia of fruits de mer – large tourteaux crabs cozy with fresh langoustines, gambas, bulots and bigorneaux tucked comfortably in a bed of seaweed – reward the palate. 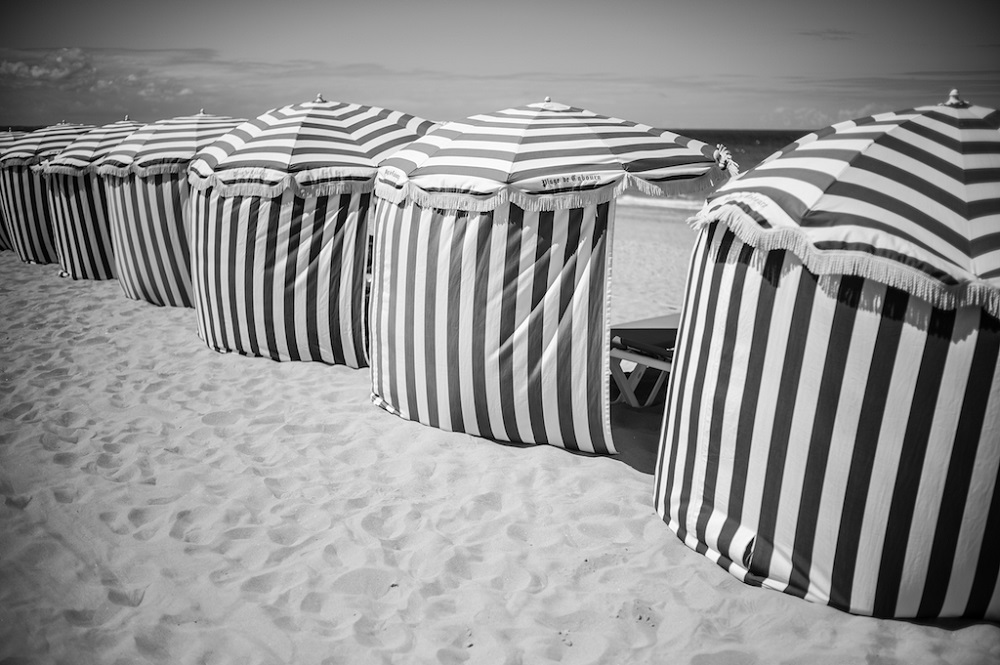 In Houlgate, immediately to the west, the pace is more leisurely, and the stately 19th and early 20th century homes stand shoulder-to-shoulder facing the sea, with only a wide sandy beach preventing their meeting. Striped beach cabanas line the promenade, the tides ebb and flow, and depending on the time of day, the ocean displays its artistic impact on the sandy seabed or hides its riches under a parade of sailors. 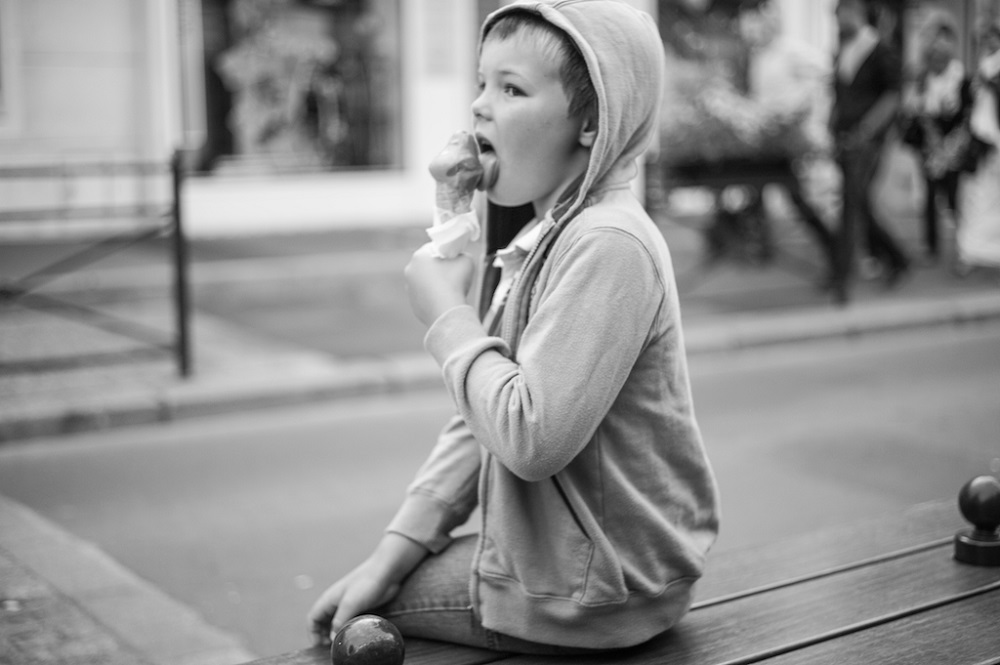 And then, just a kilometer further west stands the area’s master of ceremonies, a town where top hats and tails would not be out of place – Cabourg, with its plethora of stately buildings, arranged with geometric orderliness around a radial street plan that converges on the Grand Hotel. Platanes brave the crisp ocean breeze, families with children eager for ice cream bound for main street, and the colorful whimsy of La Belle Iloise sardines and maquereaux tins decorate shop windows. 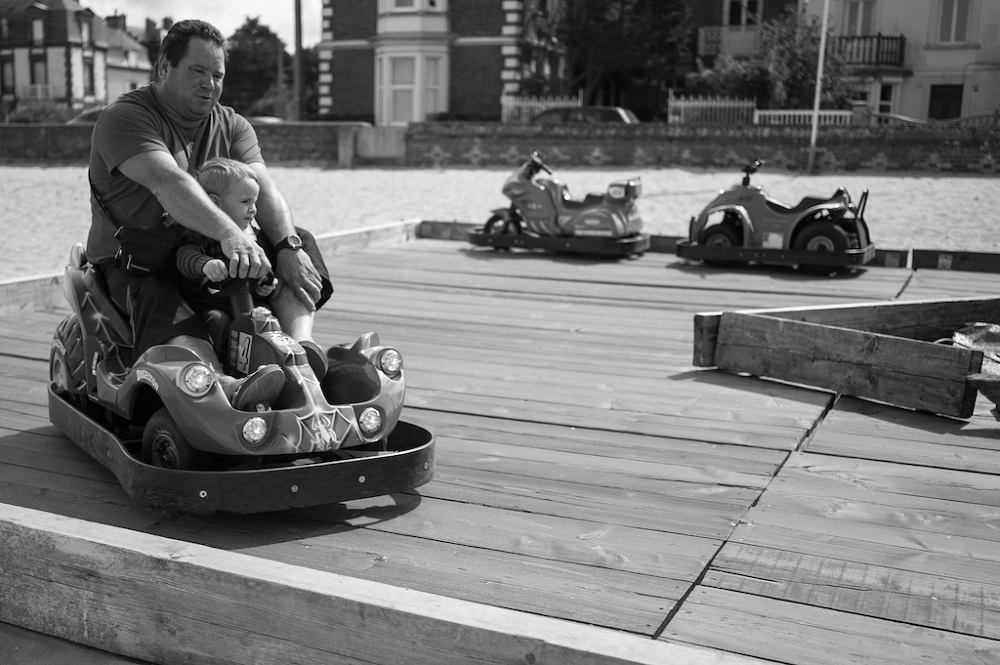 Today’s visitors give life and activity to the moment, but a personality from another era looms large around every corner. Would you like some madeleines? Perhaps they will bring back memories like in Marcel Proust’s “La Recherche du Temps Perdu” (“In Search of Lost Time”), a touchstone of early 20th century French literature celebrating its 100th anniversary of publication. The author is the pride of the town, and Cabourg’s wistful and pleasantly aged elegance echoes the novel’s yearning for an earlier time lost.
From Proust:
“… When nothing subsists of an old past, after the death of people, after the destruction of things …  smell and taste still remain for a long time, like souls, remembering, waiting, hoping, on the ruin of all the rest, bearing without giving way, on their almost impalpable droplet, the immense edifice of memory.”
– Aaron C. Greenman
Aaron C. Greenman has been a photographer for over 25 years and has lived and worked on four continents. He has previously been profiled on the Leica Blog for his work in India, Israel, Bosnia and Herzegovina and Belgium. More of his images can be viewed at acuitycolorgrain.com and his first monograph is now available for the iPad.