HG Esch was born 1964 in Neuwied, Germany and completed classic photo training. Since 1989 he has worked as a freelance architectural photographer for national and international architecture offices and is now one of the most renowned in his field. In addition to commissioned works, he has freelance artistic work, in which he opens his view to the entire city. His work is exhibited internationally and published in books such as “City and Structure” and “Cities Unknown.” Esch lives and works in Hennef, Stadt Blankenberg in Germany.
His Shanghai 360° opened yesterday at Rockefeller Center in New York City as part of the Amazing Shanghai exhibition that runs through September 21. Mr. Esch spoke with us about the project and how it was achieved.
Q: How did this project of panoramic photographs of Shanghai’s skyline come to happen? What inspired the idea?
A: Last year I had the chance to show New York 360° at St. Moritz Art Masters. Karin Kaufmann, head of Leica Gallery Salzburg, introduced this project to the Chinese photographer Liu Heung Shing who liked it a lot. He was the one who approached the Information Office of Shanghai Municipality, who were just starting to organise the Amazing Shanghai event in New York. They thought it would be great to be able to show Shanghai 360° in New York!
We started photographing Shanghai views from different high rise buildings with the great support of the Information Office of Shanghai Municipality who made access possible to all locations which I thought would be worth visiting.
Actually — in 2010 the 360°  project started in Salzburg where Karin Kaufmann showed me the Sattler panorama — a 360° painting by Johann Michael Sattler finished in 1829 — and we came up with the idea to shoot a 360° photograph of Salzburg from the same location where the painting originated.

Q: What do you hope to achieve with this project?
A: In those days Sattler traveled around Europe to show the painting of Salzburg in different countries and different cities. People were able to experience a city they had never been to before. With my 360 degree photographs I’m doing exactly the same — showing Salzburg in Cologne, New York in a small Eiffel town, or Shanghai in New York.
Q: In your personal opinion, how does viewing a 360° image differ from say a large panoramic print? What impact does this have on the viewer?
A: To be situated in the rotunda is really a whole-body experience — you are standing not in front of an image — you are inside it! The viewer is not able to conceive the whole picture at once, he has to turn and to move around, as if he were really on top of a mountain or high rise building to enjoy a spectacular view. Keeping this thought in mind I have chosen the locations – New York is shot from the terrace of the Empire State building and Shanghai is photographed from the roof top of the Pudong landmark Jin Mao Tower. 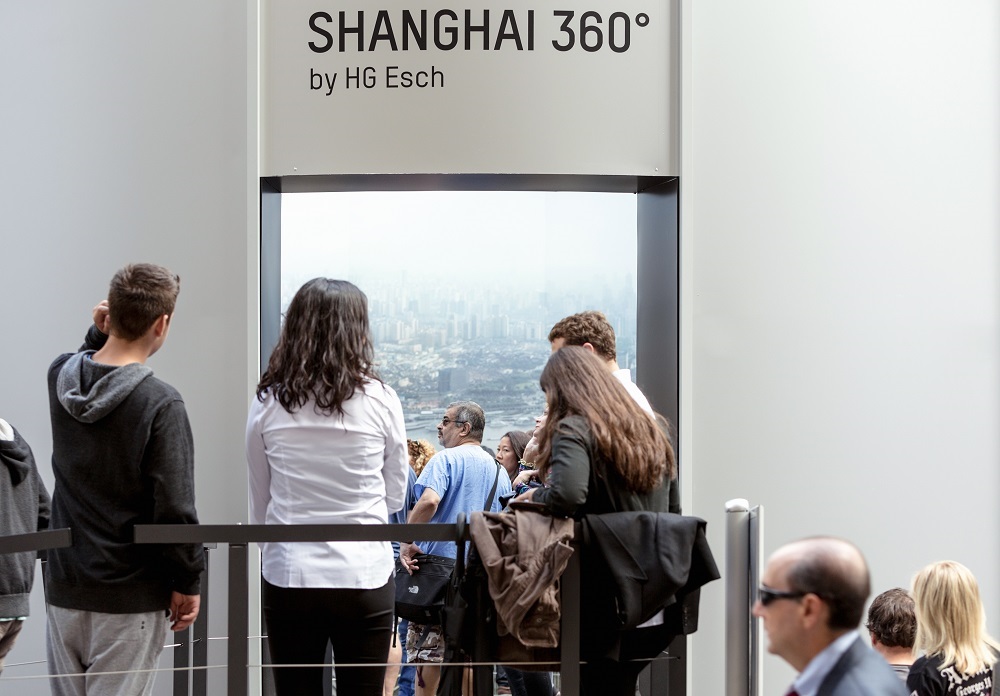 Q: You used the Leica S-System for this project, correct? What specific camera and lens did you use?
A: I use my Leica S2 with the 70 mm lens.
Q: What characteristics of the Leica S-System made it ideal for this project?
A: No question about that — it is the amazing resolution of the S2. I mean, in Shanghai Shanghai 360° you can see people walking on the streets or see them watching TV behind their windows. And I adore the look  S2 photographs – even though we are talking about digital technique the results seem to have this analog glaze, which I like a lot.
Q: How are you able to achieve the 360° views presented from a technical standpoint?
A: We are talking about 60 individual images which are composed to a comprehensive view. To do this is very time consuming. The shoot has to happen within a short period of time to capture the prevalent light situation, but the composing, on the other hand, is really elaborate. To finish Shanghai 360° it took about five weeks for my assistants and me. 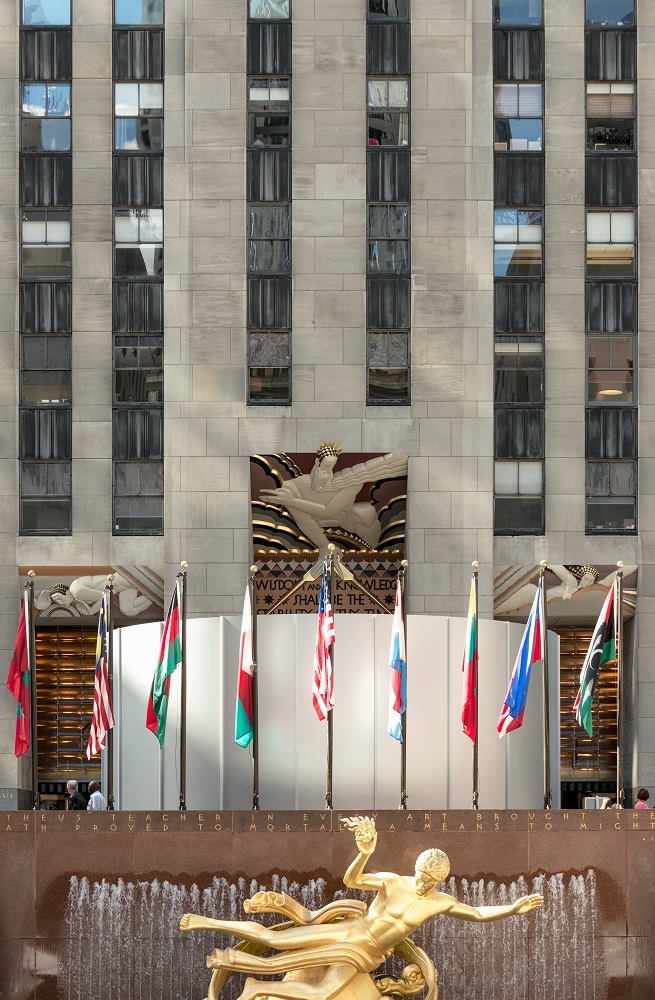 Q: What aspect of architectural photography do you find most appealing and how did your interest in this medium begin?
A: It started to photograph architecture at a very young age — as a 12 year old I took pictures of castles and ruins in the area where I lived. Since then, I have been attracted to architecture and this fascination is still there and vivid!
Q: It seems that your work has focused on megacities and urban settings. What attracts you to show, as you state on your website, the “oppressive and attractive at the same time” nature of cities such as Shanghai?
A: I am very attracted by megacities world wide — I like the energy and vitality of it. Where there is energy there is no stagnation. That’s what I like. But I have to admit that I live in the countryside, actually the smallest town in Germany!
Q: What approach do you take with your photography or what does photography mean to you?
A: I hope that my photographs reflect reality. I like to show the world and its cities as I see them in the very special moment when I release the shutter of my camera.
Q: You have done similar projects in both New York and Salzburg. Do you plan to photograph any other cities in this way?
A: Oh yes – I’m planning to shoot other Chinese cities as a continuation of my work “Cities Unknown.”
Thank you for your time!
– Leica Internet Team
See more of HG Esch’s work on his website.