The Leica camera Blog Uncategorized Tobias Schult: The Main Attraction
I have been shooting people photography for the past ten years, 11 to be precise. Recently, I have been hired more and more often to shoot editorial portraits of actors. 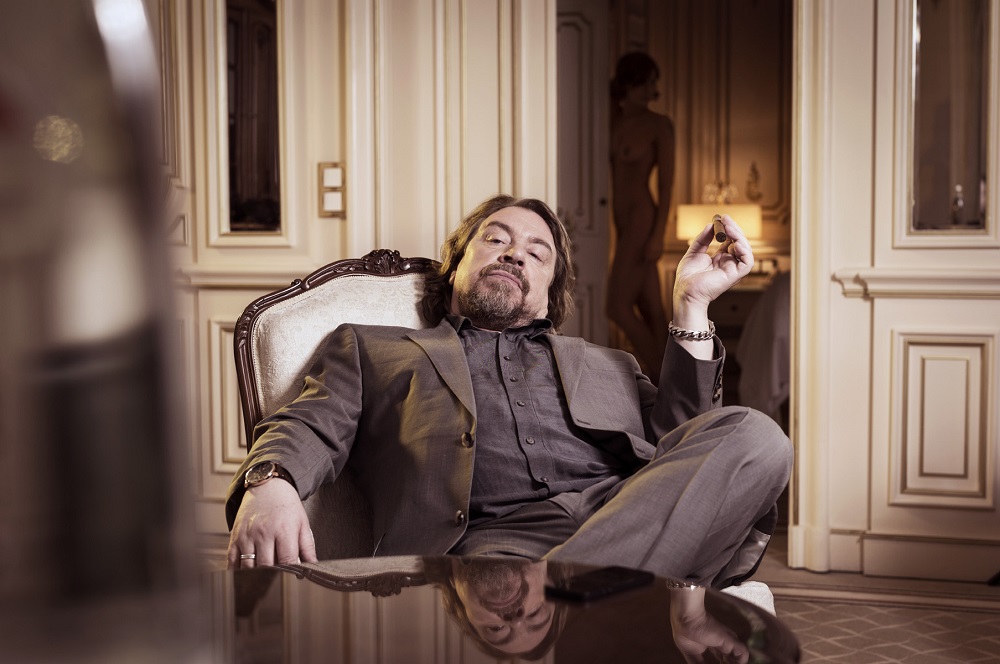 Armin Rohde has been on my wish list for quite some time and I was happy when his agent called to tell me that he would have time to shoot with me in Berlin. Armin is a pretty polarizing and provoking person, very direct and open. So I came up with the concept of shooting him as a stereotypical macho-role-character, being entertained by a naked woman in a luxurious hotel suite. His agent wasn’t really sure about the concept, but fortunately Armin loved it (of course!). 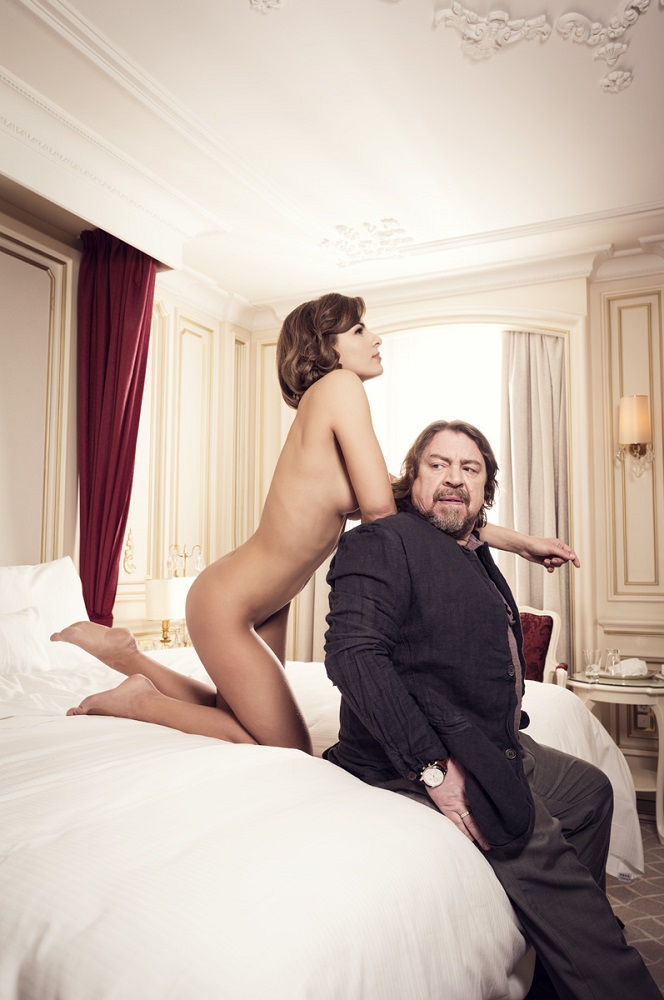 So everything was set for the big day: The Westin Grand Hotel was booked, I found a beautiful girl who was willing to pose nude with Armin, and I was really looking forward to do the shoot. Armin was very polite and willing to do whatever he needed to realize the images that I wanted to get. He saw the editorial shoot that I had just done with Jürgen Vogel, holding a burning Molotov cocktail and told me that he would love to see himself arranged as spectacularly. I really appreciate when somebody trusts you from the very first minute. In my opinion, this always leads to very satisfying results, so I tried my very best. 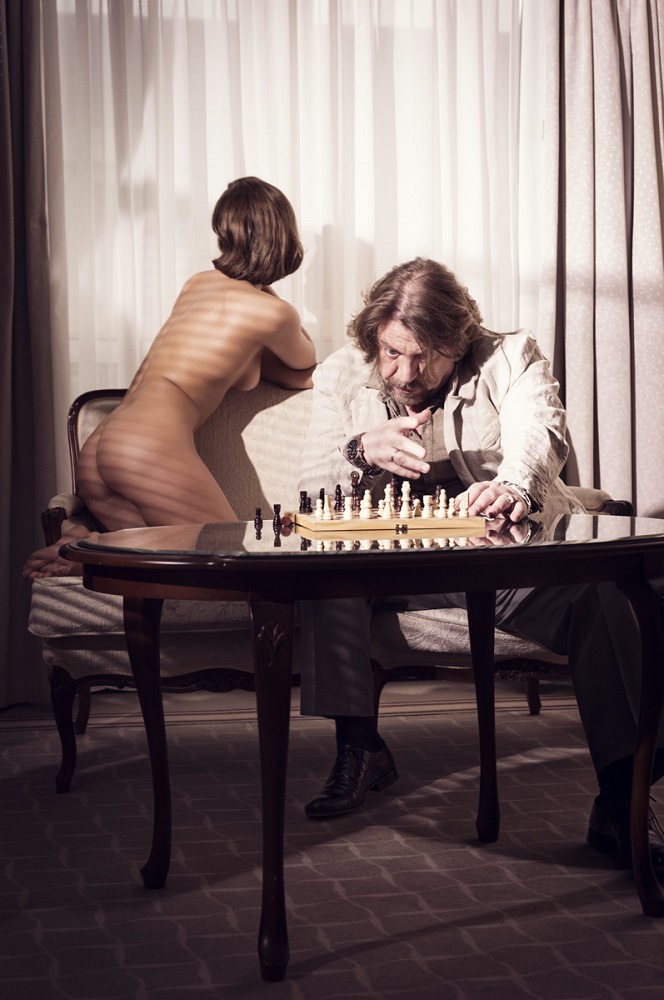 The first shots were easily done. I staged Armin, as a powerful male being surrounded by a beautiful woman, while he is smoking a cigar or playing chess. He offered wonderful facial expressions. In the image that shows the both of them on the king size bed, he perfectly plays the strong guy that almost seems annoyed by the presence of this girl. I simply love this shot. I realized that instantly after looking at the camera display. 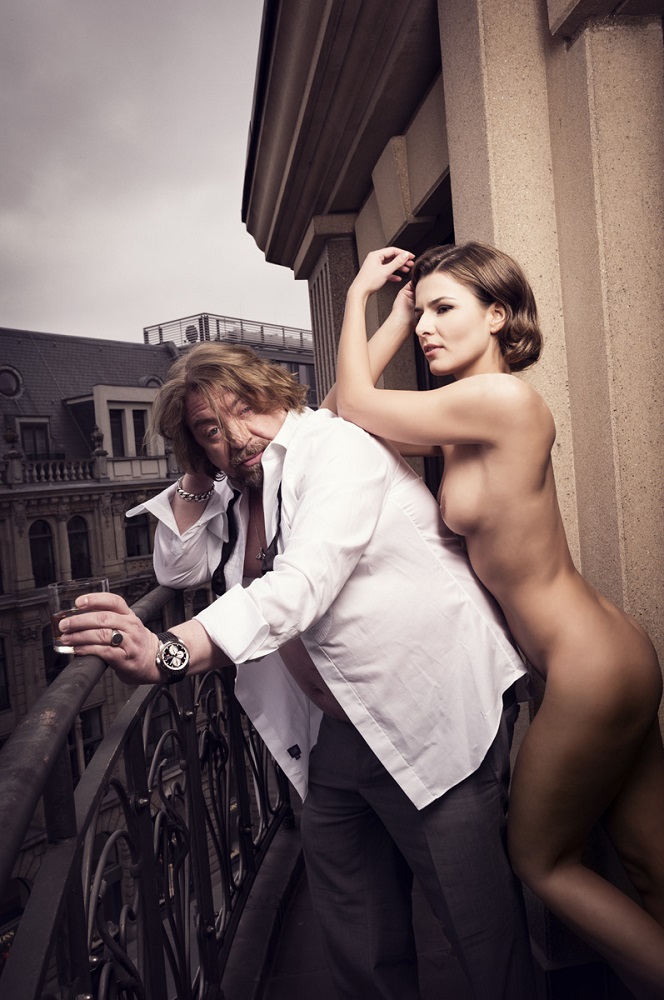 To exceed this, I only had one more image in mind. I wanted to show Armin, on the balcony of The Westin Grand Hotel, with his shirt open, being totally hung over, holding a glass of whiskey and, of course, I wanted HER in the picture. I knew that he would play along but the delicate part of that was that the balcony was pointing right to Friedrichstrasse, one of Berlin’s most crowded sidewalks with lots of tourists looking up, wondering what’s happening on that balcony. So I knew that I was going to need all of my soft skills to talk her into quickly jumping out into the scene on the balcony, naked, although all these people were watching. I convinced her that I am gonna do my light test and arrange Armin before I ask her to rush into the setting for a couple of seconds. That was when I was really happy to have a camera being this flexible and handy as the Leica S2 is.

As it turned out, she didn’t mind the company at all. I had plenty of time with the two at the balcony. I guess we were Friedrichstrasse’s main attraction that day.