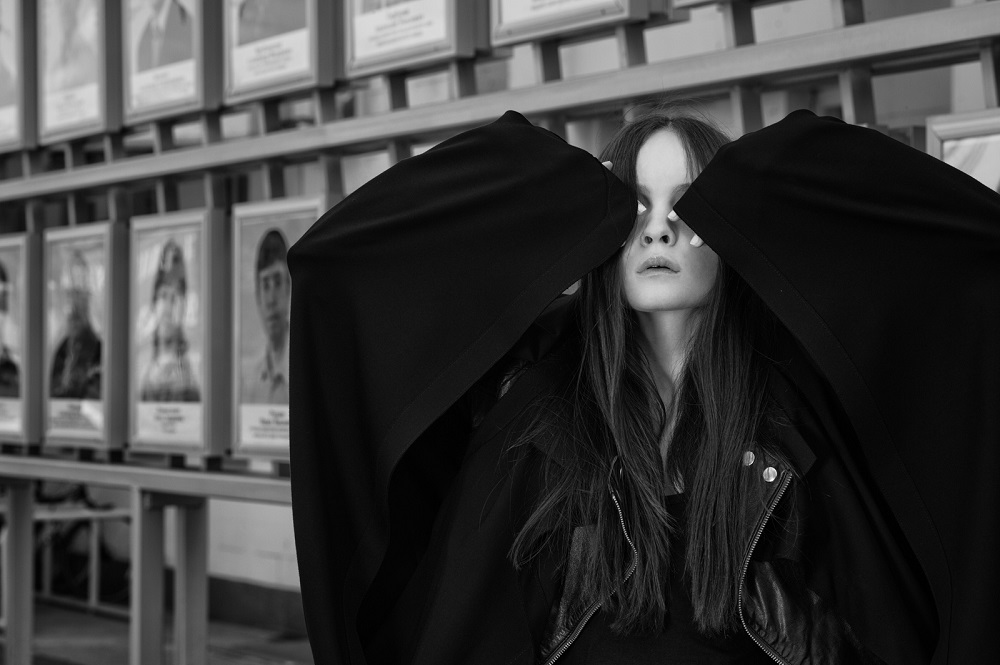 Wall of Heroes
A wall of images of a factory’s exemplary employees is a common feature in Belarus and Ukraine, carried over from Soviet times. 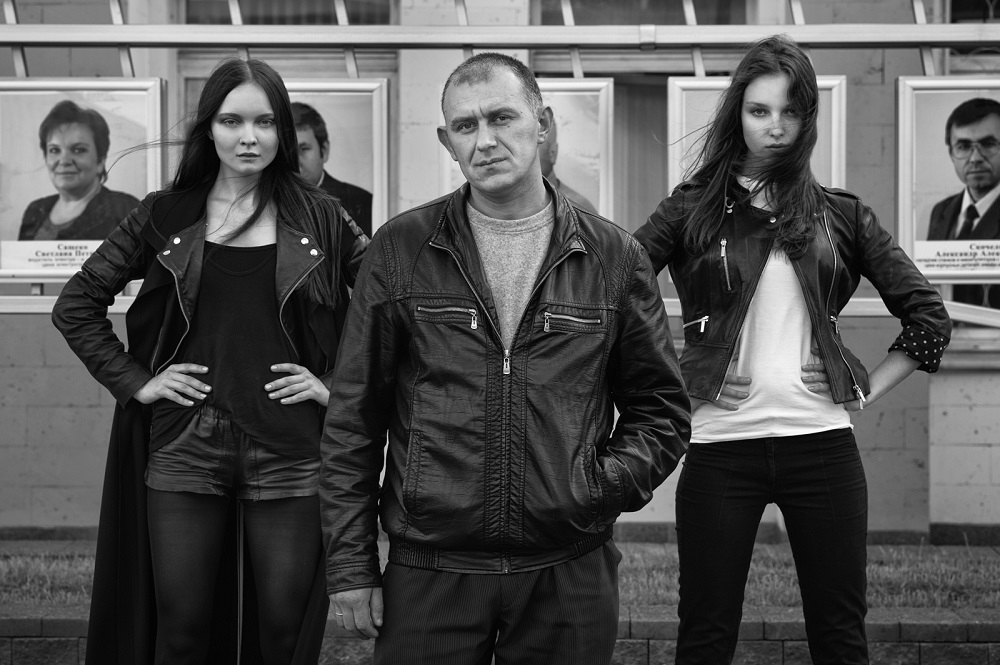 Sergey is a worker at MAZ – Minsk Automobile Plant. We found him whiling away the time until the beginning of his shift, listening to music on his iPhone. We were struck by his tough-guy looks, so we invited him to shoot with us. It soon became evident that Sergey was a book that couldn’t be judged by its cover: he was a bit embarrassed and couldn’t wipe that gentle smile off his face. With a little prodding from the Nastyas to “just relax, already!”, he got into character. 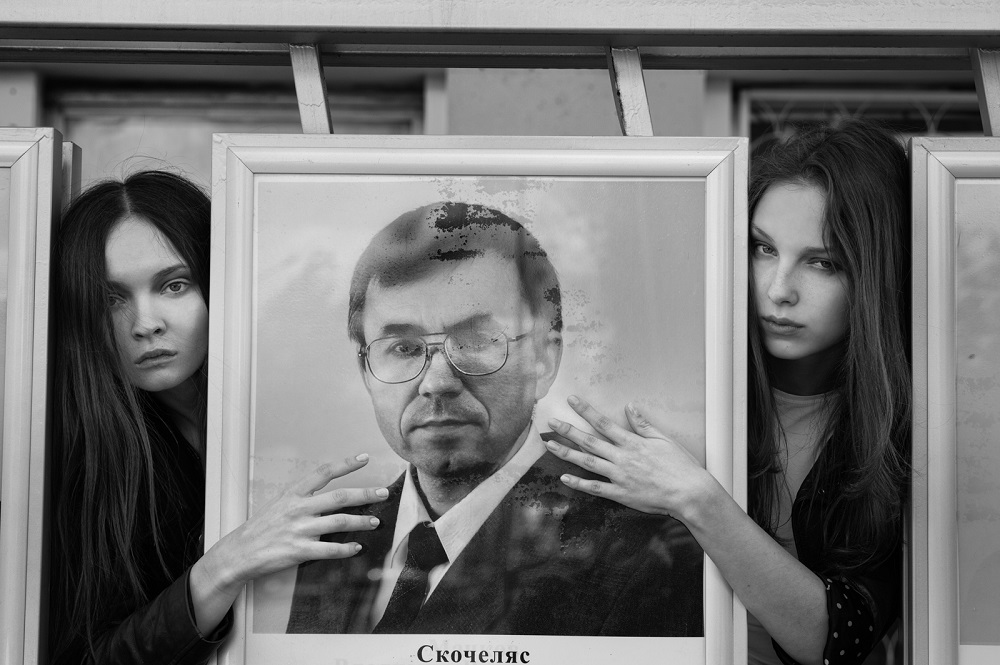 The Magnetic Appeal of a Hero of Labor

The portrait of this exemplary laborer made an impression on the Nastyas. He reminded me of the Bill Lumbergh character from the movie “Office Space.” 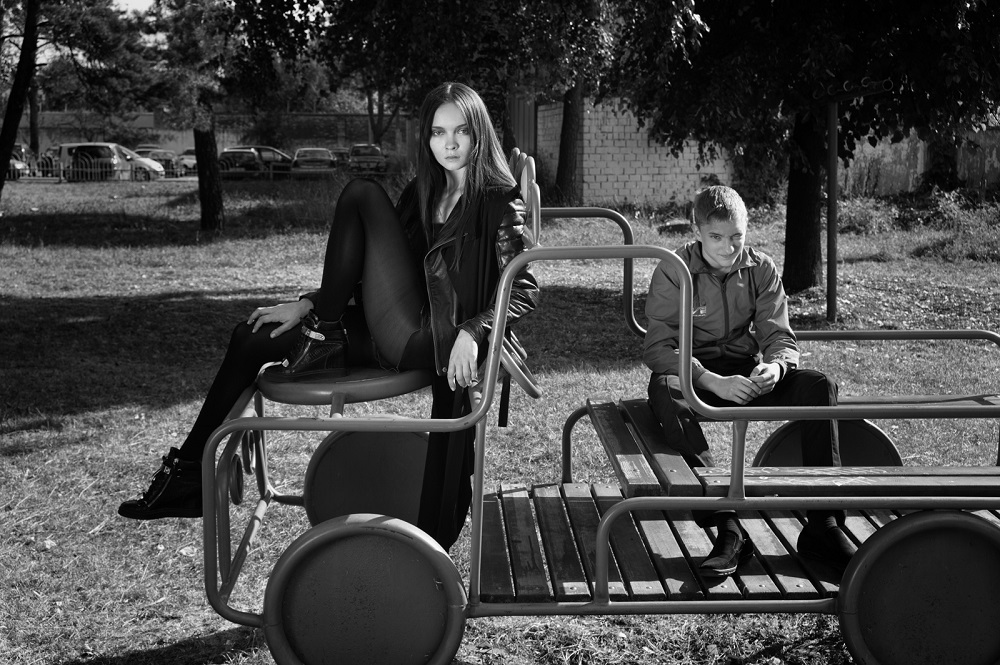 A typical playground at a Soviet-era apartment block. This boy was in his own world, duly ignoring a couple of girls his age. We didn’t even have to ask him to ignore us – one could have thought that being in a photo shoot was part of his daily routine. 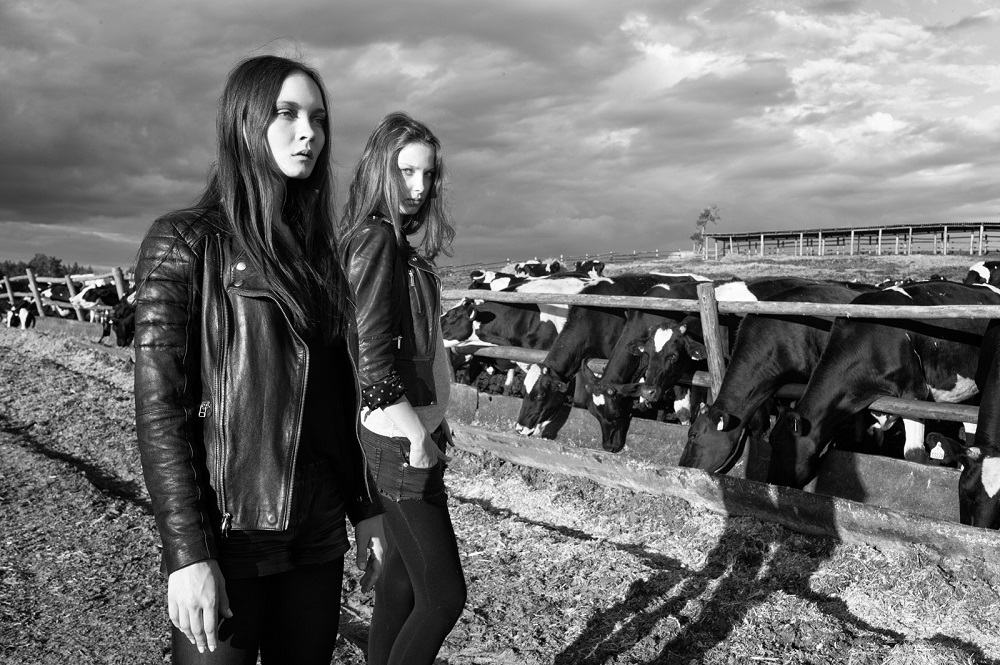 The Nastyas weren’t much in love with the smell of the cows, or with the idea of walking on a pasture in high heels. But they took it in stride – particularly when I reminded them that, unlike their Ukrainian counterparts, they didn’t have to shoot in a radiated zone. 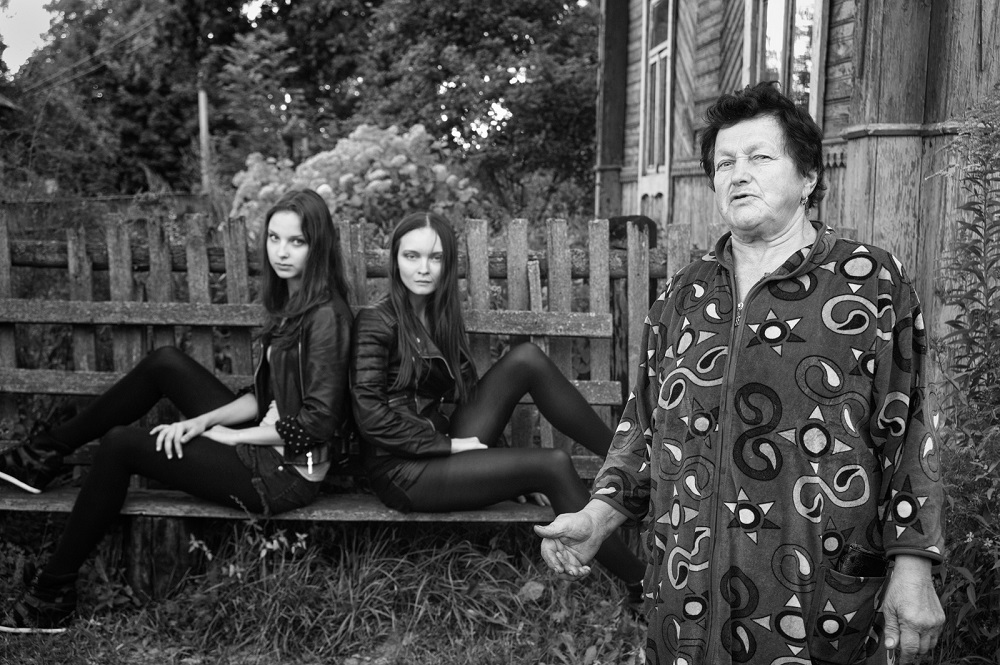 High Drama in a Bucolic Village

This lady was working in her yard when she caught our attention. She was excited to be photographed and regaled us with stories about her job as a shopkeeper. The session came to an abrupt end when her husband emerged from the house – drunk out of his mind and aggressive to boot. Aside from cursing us in all kinds of crude ways, he expressed his conviction that we were aiming to blackmail him. His wife didn’t dare say a word. We made a quick exit. 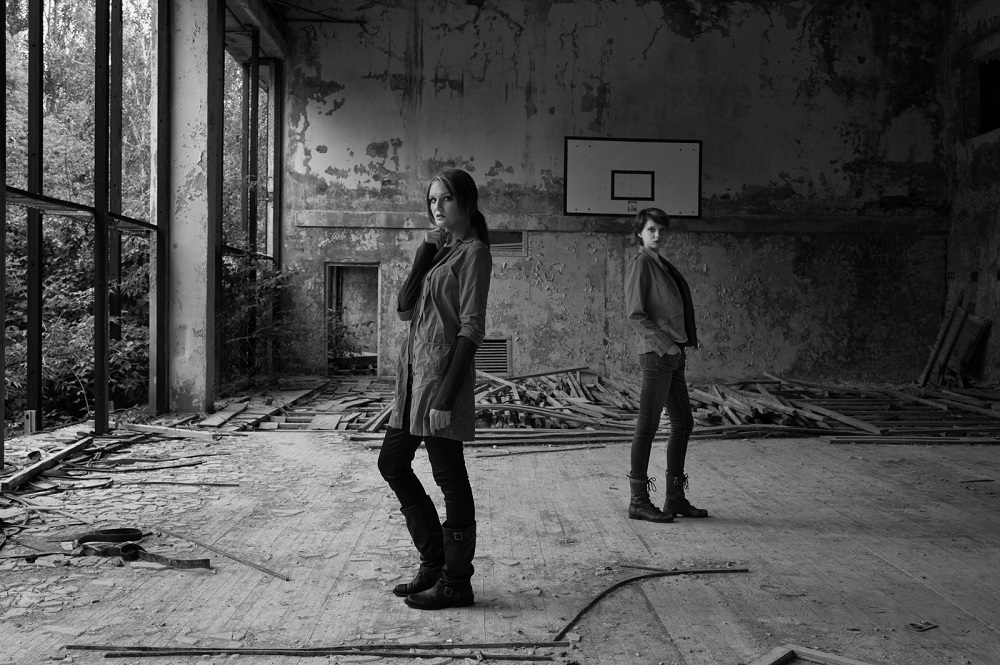 Basketball Court
Named after a nearby river, Pripyat was founded on 4 February 1970. It was officially proclaimed a city in 1979, and had grown to a population of almost 50,000. With an average age of 26, it was one of the youngest cities in the Soviet Union. 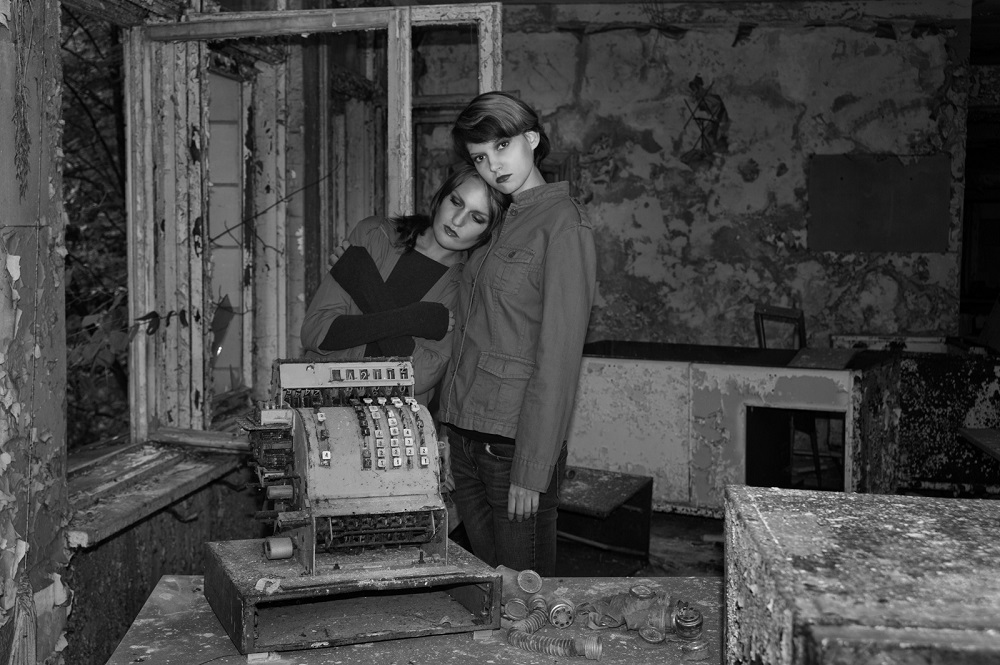 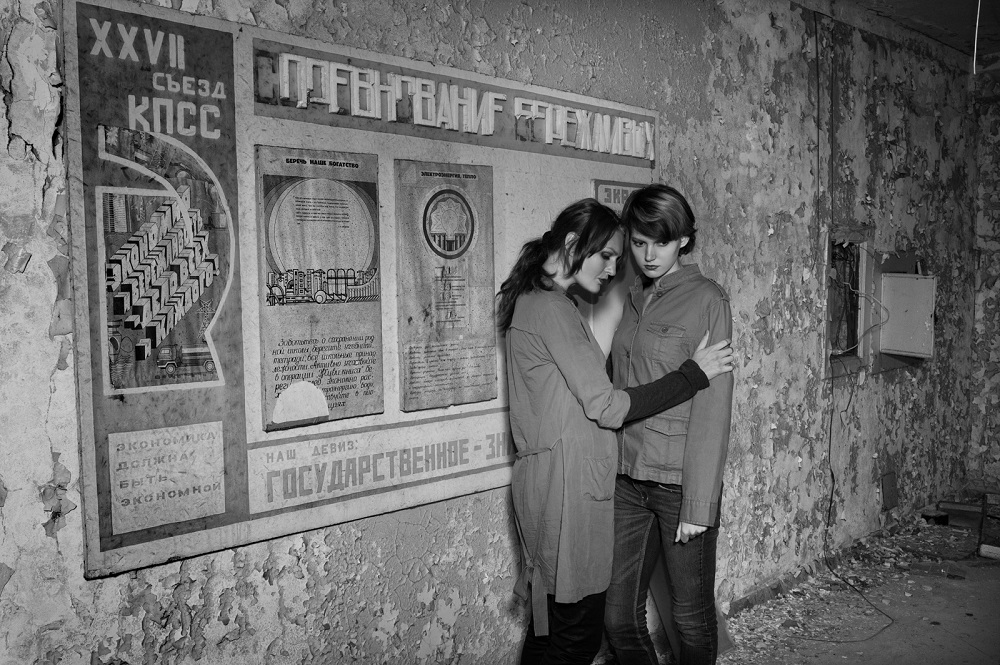 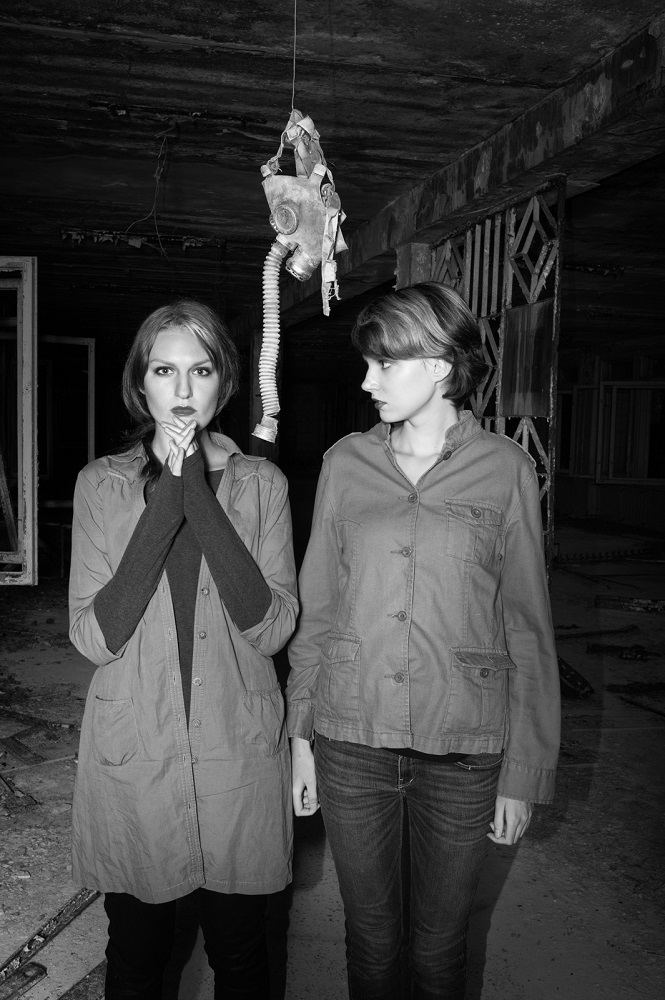 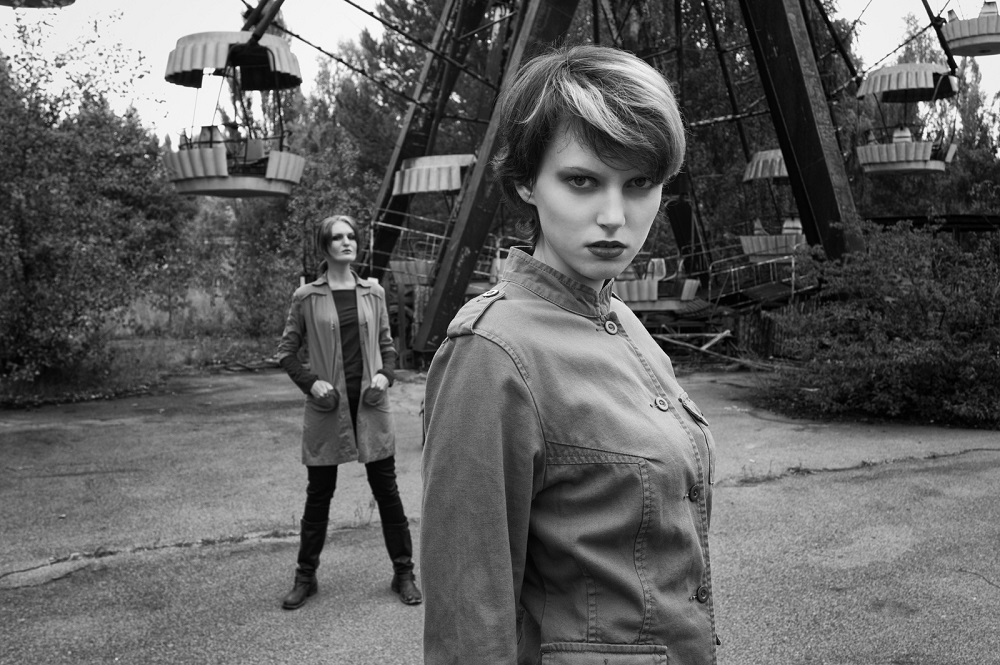 Ferris Wheel
The amusement park was to be opened on May 1, 1986 – less than a week before the disaster. The Ferris wheel has become the unofficial symbol of the Zone of Alienation. 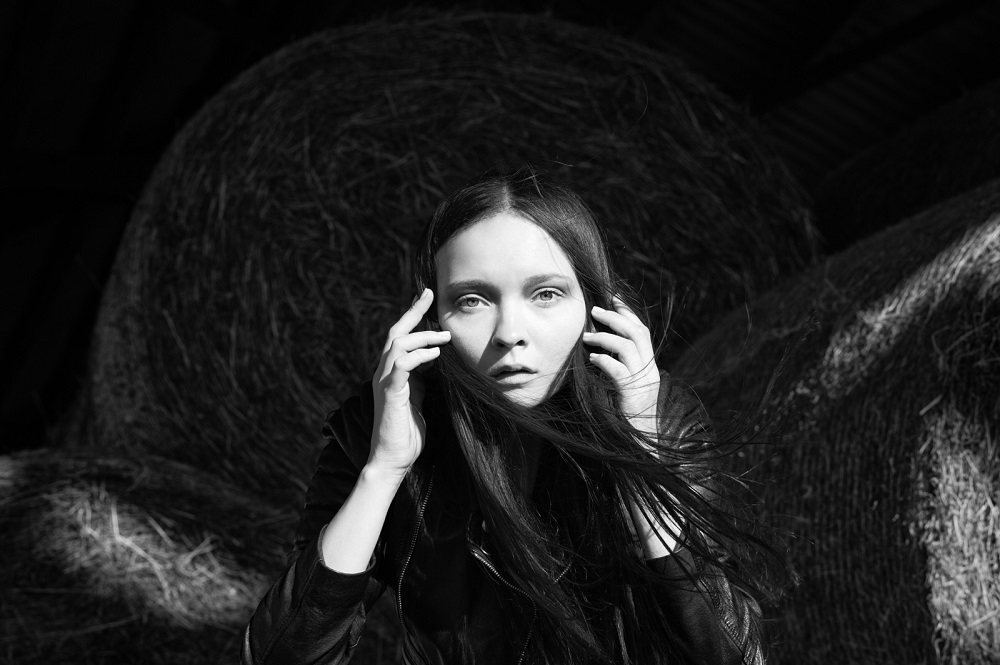 To be continued…
The Chernogirls images were created around Minsk and in Ukraine’s Chernobyl Nuclear Power Plant Zone of Alienation. The series focuses on the uneasy coexistence between the first truly post-Soviet generation and relics of its prehistory. Against this backdrop of the Soviet past, the Chernogirls are emancipated, highly educated and cosmopolitan – among the avant garde of their societies. To read the full artist’s statement, click here. Chernogirls will be available as an edition at AB Gallery in Zurich, Adamson Gallery in Washington, DC and Amstel Gallery in Amsterdam.
– Marc Erwin Babej
To see more of Marc’s work, visit his website.