To the photographer on the street, nothing is as sacred as anonymity. Like nightfall and its cover of darkness, anonymity protects from unwanted attention or prying eyes, allowing the photographer to move through the midst of the city, watching and blinking with his camera while few take notice.
Such cover becomes particularly important in Moscow, at least according to legend and literary reputations of secrecy, crime and faceless danger. The city is a fascinating mix of striking church architecture, grandiose public buildings and squares, the flashy excess of the insanely wealthy and the banality and hardship of life for the everyman. 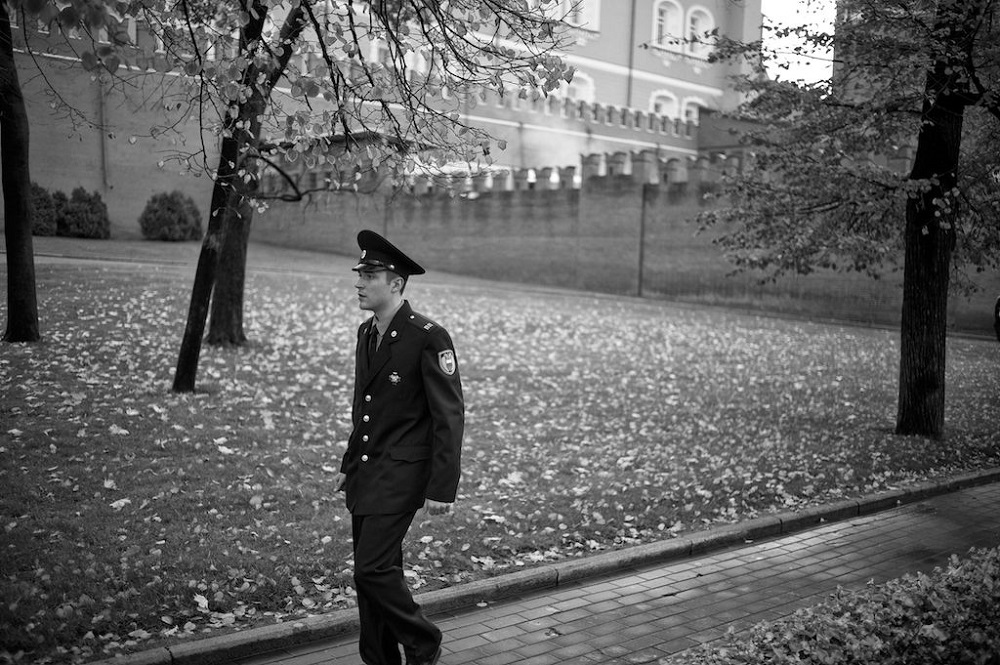 In October, as the autumn sun creates the fire of fiery red foliage and the air begins to turn crisp with the approaching frozen stillness of winter, the days still feel sufficiently lengthy, but the signals are clear that darkness continues its seasonal advance.
The rhythm of the city, both loud and bold, quiet and meager, perseveres. A walk through the city reveals such vignettes of life in the capital: the lone construction worker carrying the last of the day’s materials, the stolen kiss in the park, the tourist with his head buried in the city map, the security man standing guard with the ominous presence of a Cold War-era, classic Soviet spy. 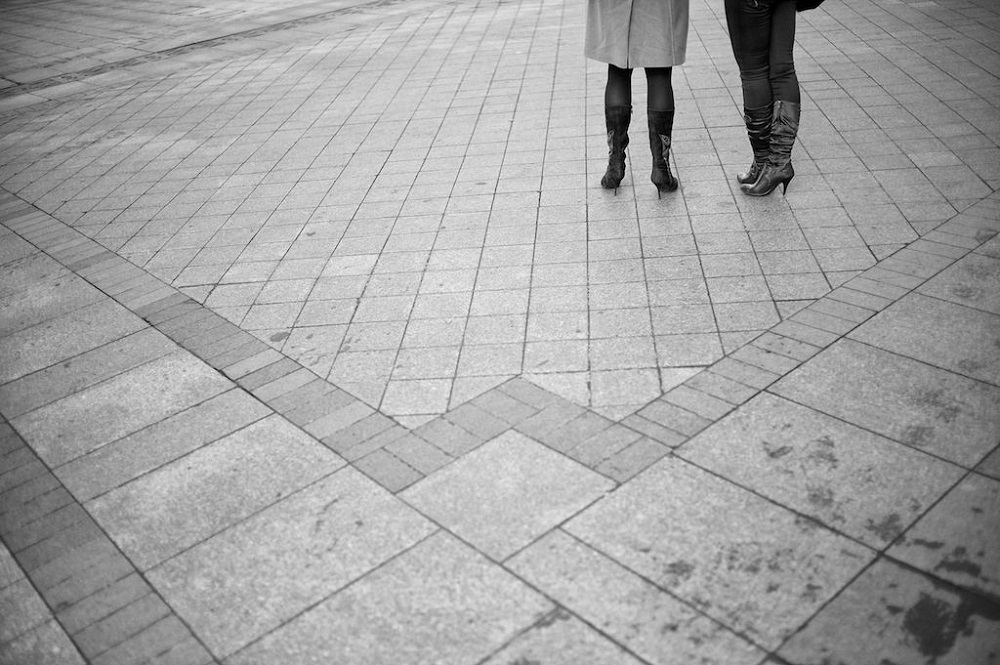 While high heels pack the squares and the Lenin impersonator awaits the next tourist, church life carries on in front of glimmering icon screens and the small pose with admiration in front of the icons of the past. Where there is darkness, there is light to compensate; where there is piety, there is surely noise and drunkenness around the corner.
While the buildings have become taller and the traffic worse, there is little doubt that Moscow has long retained its essence, evident in the observations of two writers two centuries apart. 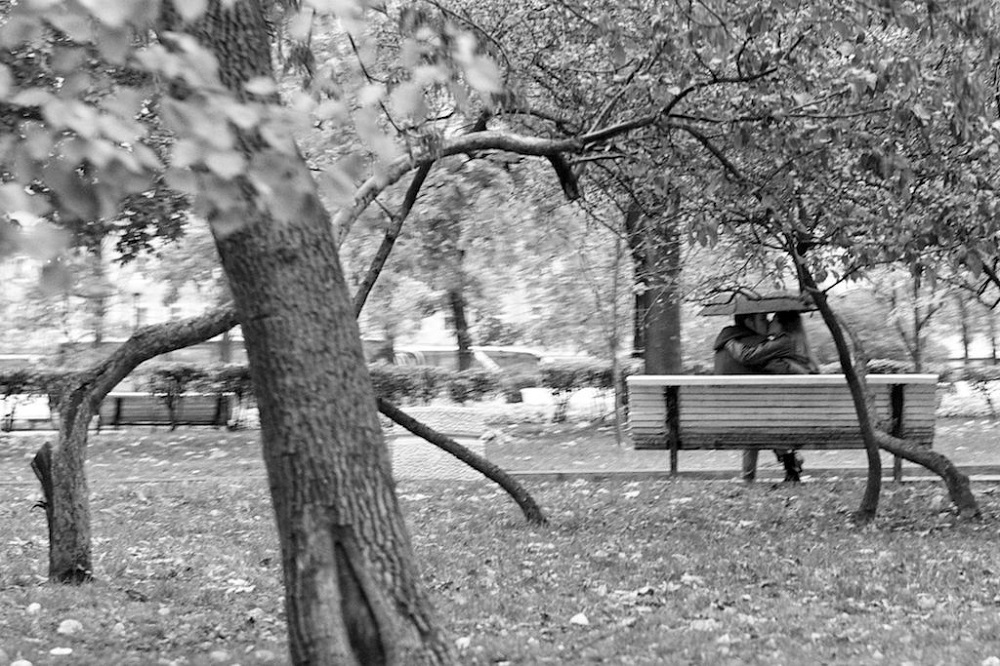 As the main character in A.D. Miller’s “Snowdrops” (2011) describes the street in Moscow: “The Bulvar was full of boozers and sleepers and kissers. Gangs of teenagers clustered around squatting guitarists … I had to walk in the road to avoid the long, unimaginative sequence of black Mercedes and Hummers that had overrun the pavements around it.”
And from Konstantin Batyushkov, a Russian poet and essayist (1812):
“Here are luxury and penury, abundance and the most extreme deprivation, piety and atheism … and an unbelievable frivolity — warring elements which, out of their constant conflicts, create this marvelous, outrageous, gigantic whole which we know by its collective name: Moscow.”
– Aaron C. Greenman
Aaron C. Greenman has been a photographer for over 25 years and has lived and worked on four continents. He has previously been profiled on the Leica Blog for his work in India, Israel, Turkey, Bosnia and Herzegovina, Belgium, France and Spain. More of his images can be viewed at acuitycolorgrain.com and his first monograph is now available for the iPad.