Claire Yaffa took her first photograph 45 years ago when her son was 18 months old and it was the beginning of her journey, first as a mother, then as a photographer. She has worked extensively for The New York Times and Associated Press. Her photographs have appeared in countless influential publications and have been exhibited at major venues in the US and around the world.
In 1977, Susan Sontag wrote a book titled “On Photography.” She describes the photographic eye as insatiable. “In teaching us a new visual code,” she says, “photographs alter and enlarge our notions of what is worth looking at and what we have a right to observe. They are a grammar and, even more importantly, an ethics of seeing.” She describes photography as an “elegiac art, a twilight art. Most subjects photographed are, just by virtue of being  photographed, touched with pathos … all photographs are  momento mori … To take a photograph is to participate in another person’s (or thing’s) mortality, vulnerability, mutability … slicing out this moment and freezing it…”
These photographs were taken in the city cemetery, known as potter’s field, located on Hart Island, part of the Bronx, New York on the Long Island Sound. It can only be reached by ferry boat and it is not open to the public. After spending one year, calling every day, I was finally granted permission to witness the burial of children and adults, the home for those who cannot afford to pay for burial or whose identity is unknown. It is part of my documentation of the homeless in Westchester County and the children, “the endangered species” who have encountered child abuse, premature death and the fate of babies born with HIV/AIDS.  I spent my time there in awe and sadness, photographing the tragedy of these unimagined lives.
The New York Historical Society has acquired my photographs of potter’s field. In a recent blog post they wrote, “Off-limit to the public for over 35 years, Hart Island — a mile-long island off the eastern coast of the Bronx — has remained one of New York City’s most closely guarded secrets. Since 1976, Hart Island has been operated and maintained by the Department of Corrections, which transports inmates from Rikers Island to dig and fill the graves — as many as 2,000 new ones each year, organized into 70 foot long plots that can hold about 150 adults each, or 1000 children. Somewhere between 850,000 to 900,000 poor, homeless, or forgotten people are buried there, making it the largest public cemetery in the world.  Yet, aside from the inmates working there, only a very few have ever visited this burial ground.” No one can visit searching for a relative unless they have a  death certificate.  Even now, access is restricted to every third Thursday of the month and only to visit a gazebo near the ferry dock, not the grave site.
Melinda Hunt founded “The Hart Island Project” and has completed a database between 1980-2011 to assist people in locating where their loved ones are buried. The Hart Island Project has recently acquired a map with location information of intact mass burials and the number of adults listed, 32,765, and infants, 27,769. It is in the process of being updated. The hope and objective of the Hart Island Project is to make Hart Island a place where people can honor and mourn those who have been lost and forgotten, until they can be discovered again.
As Susan Sontag wrote, “most subjects photographed are, just by virtue of being photographed, touched with pathos … participating in another person’s mortality, vulnerability … slicing out this moment and freezing it.” 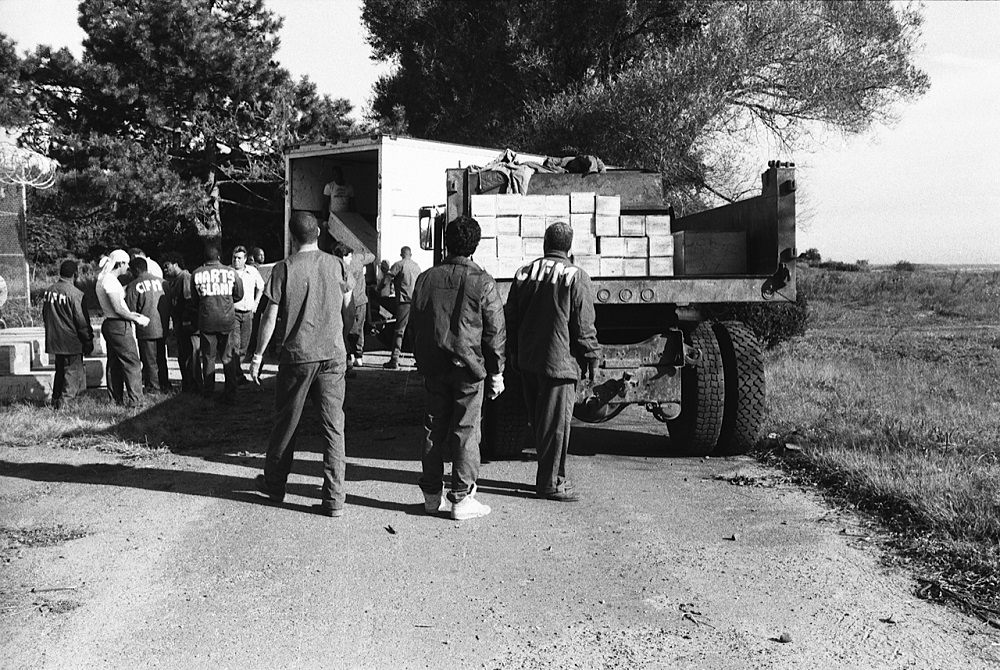 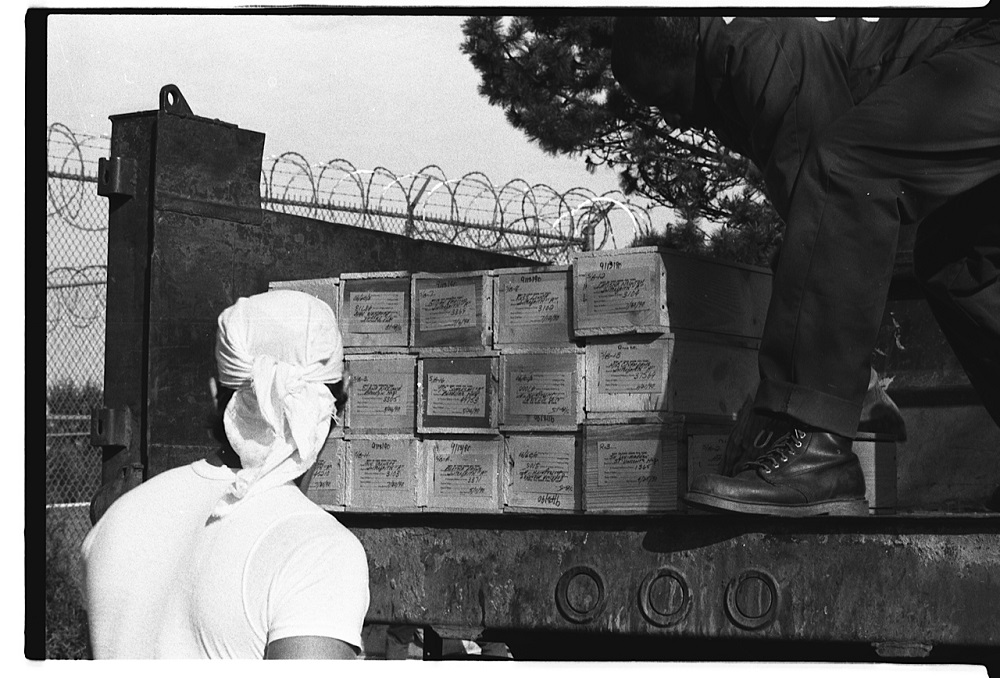 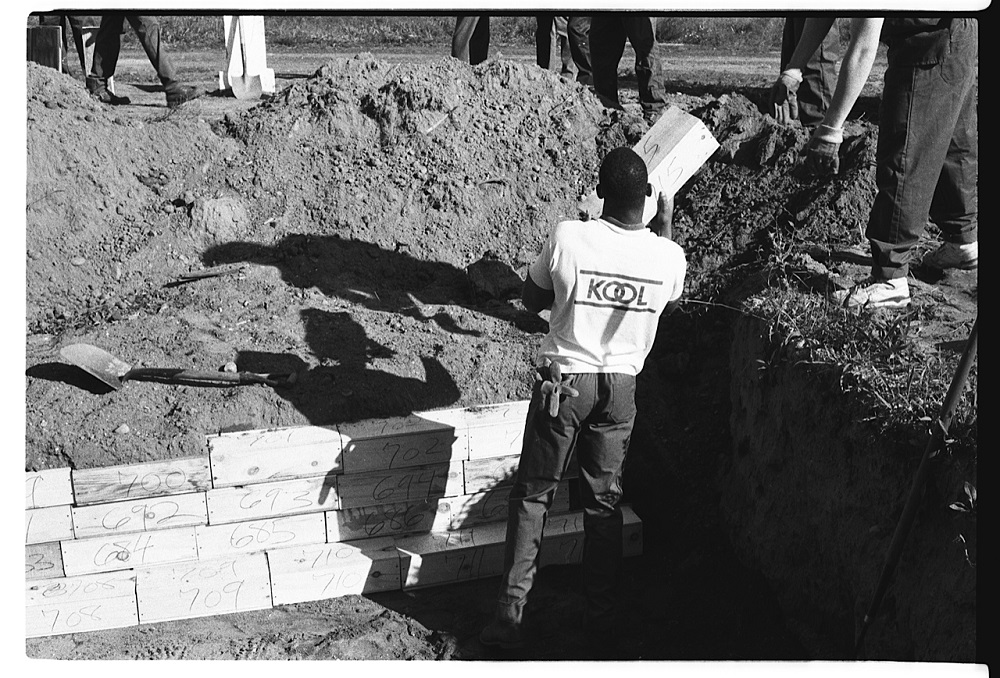 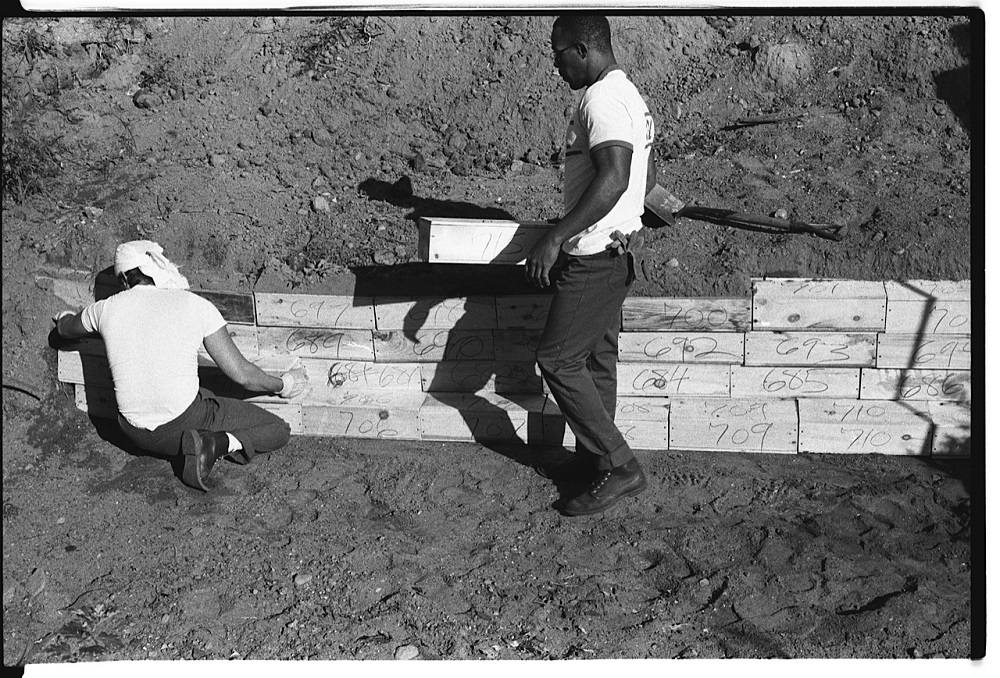 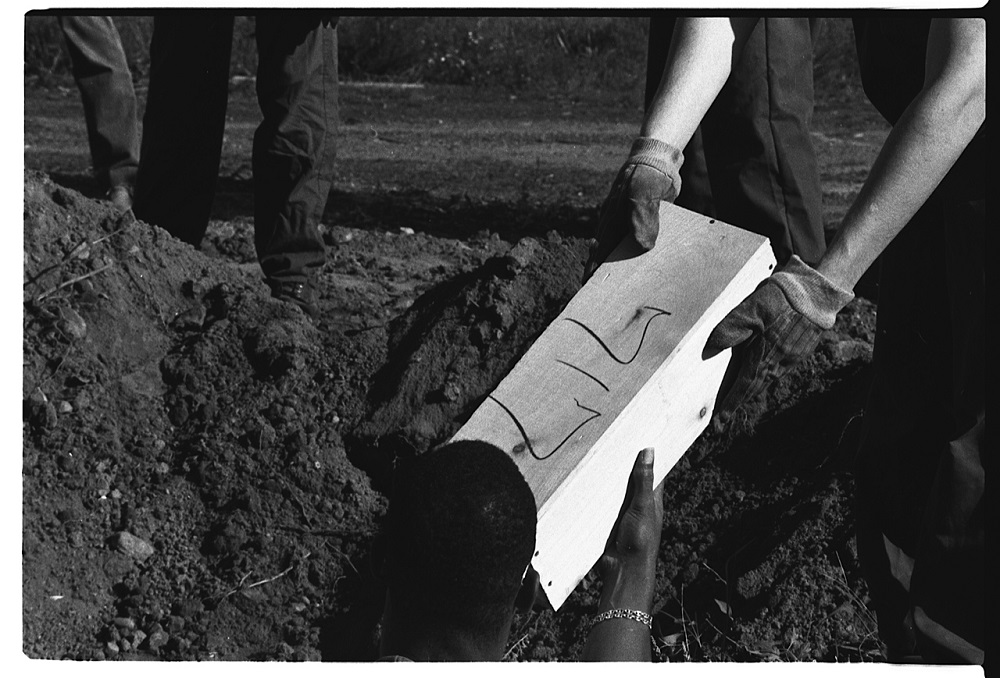 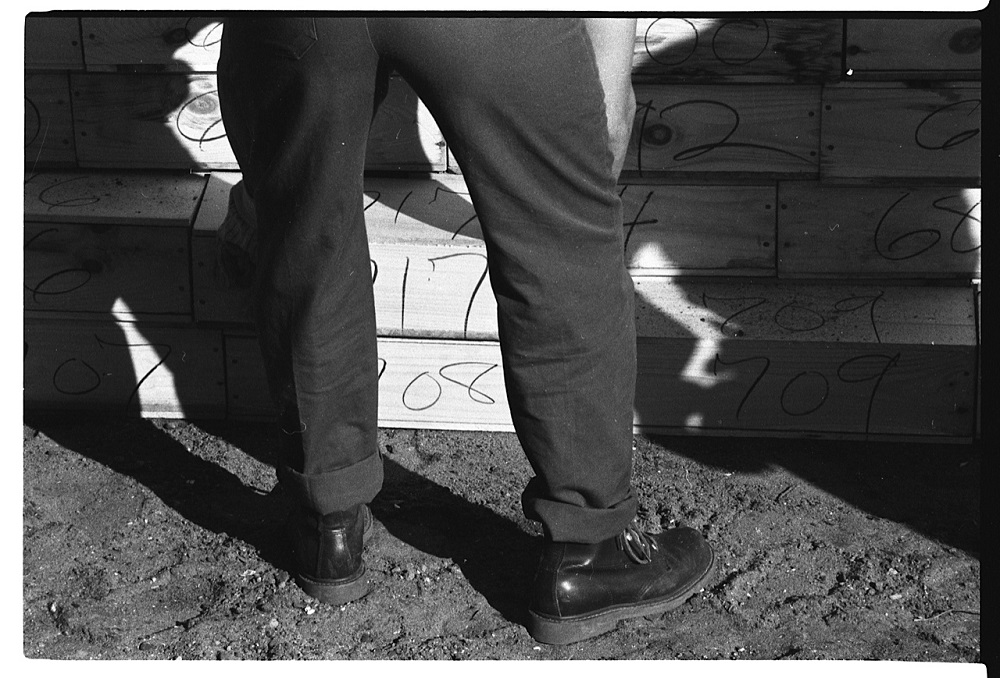 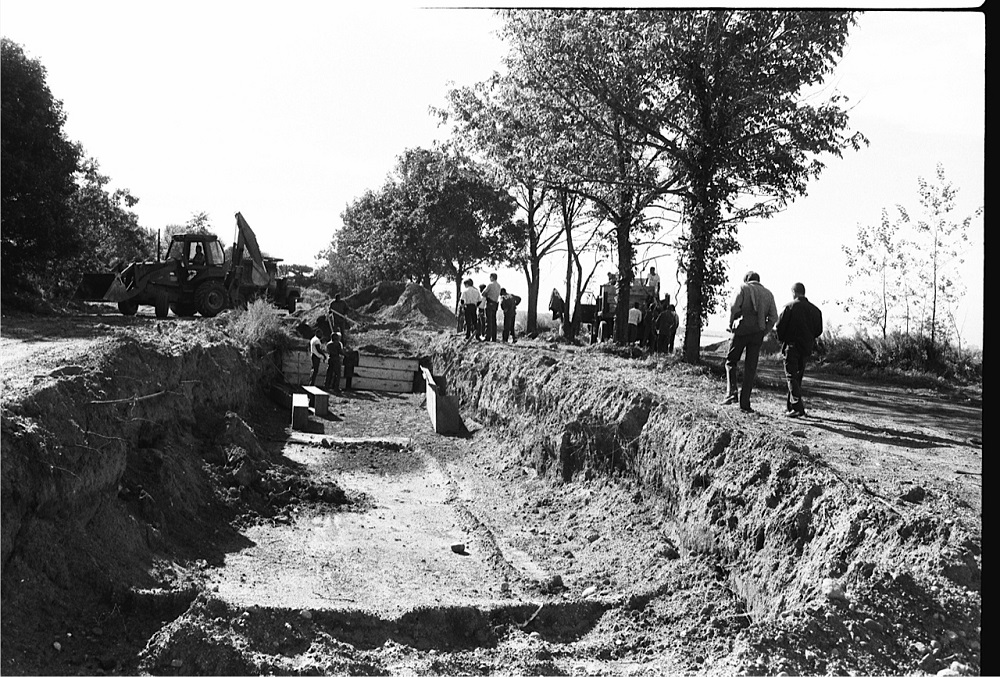 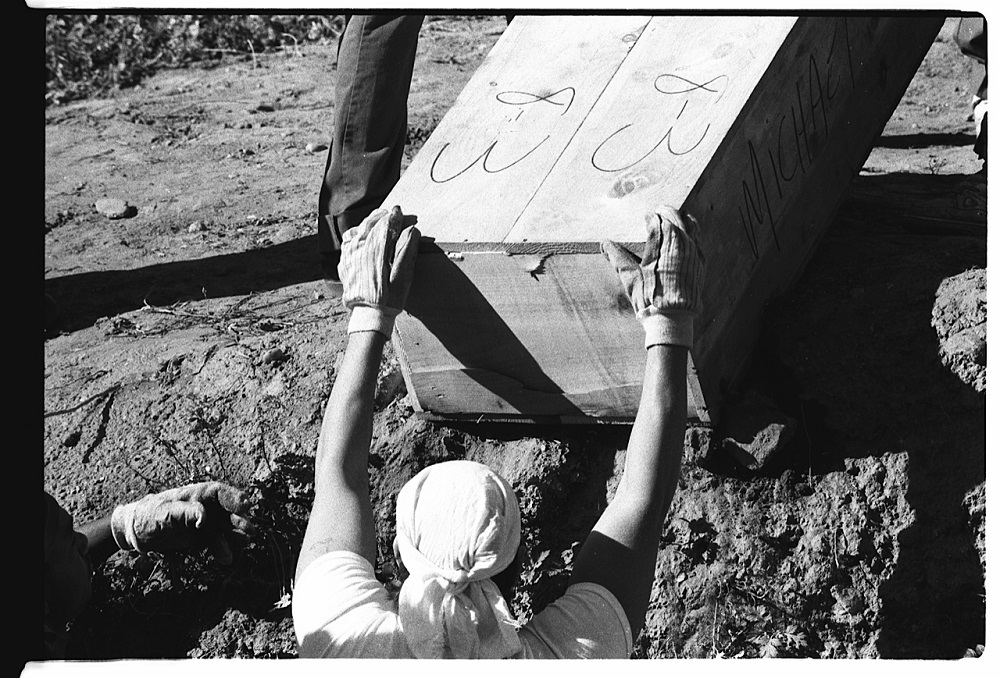 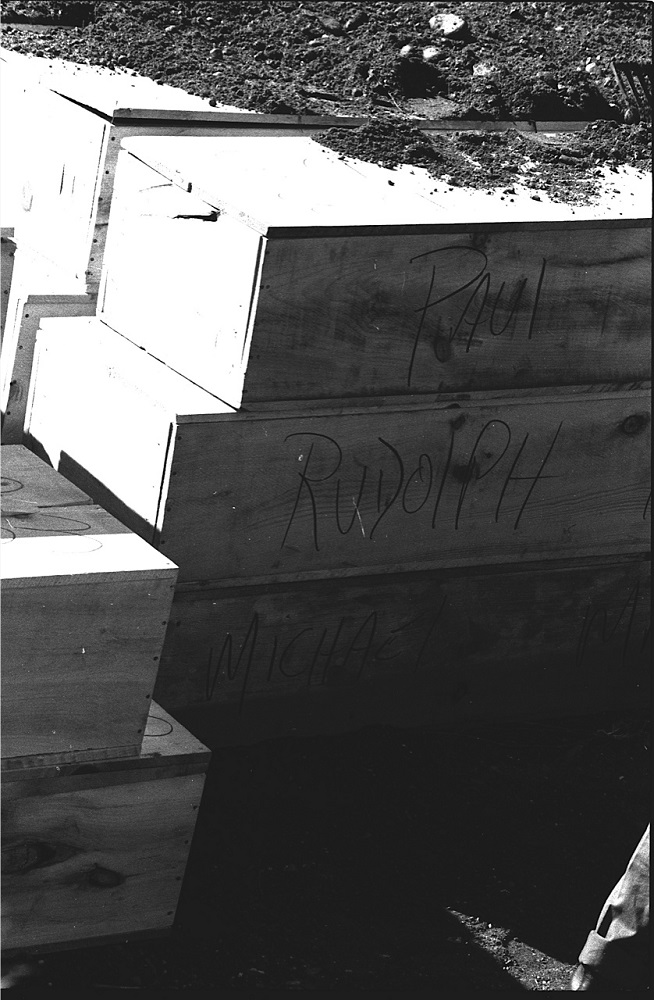 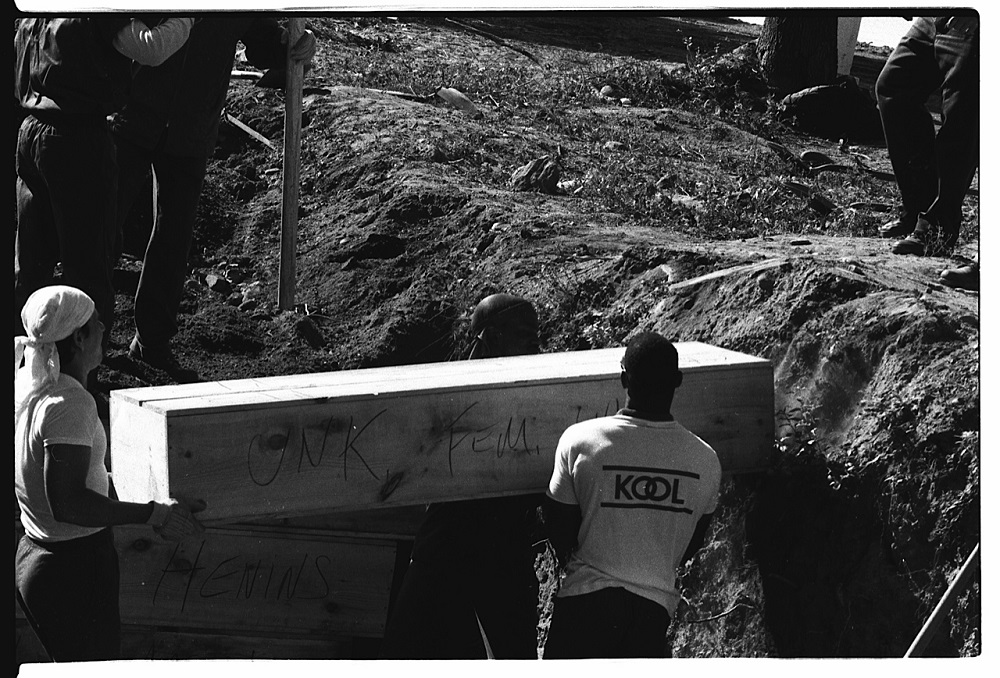 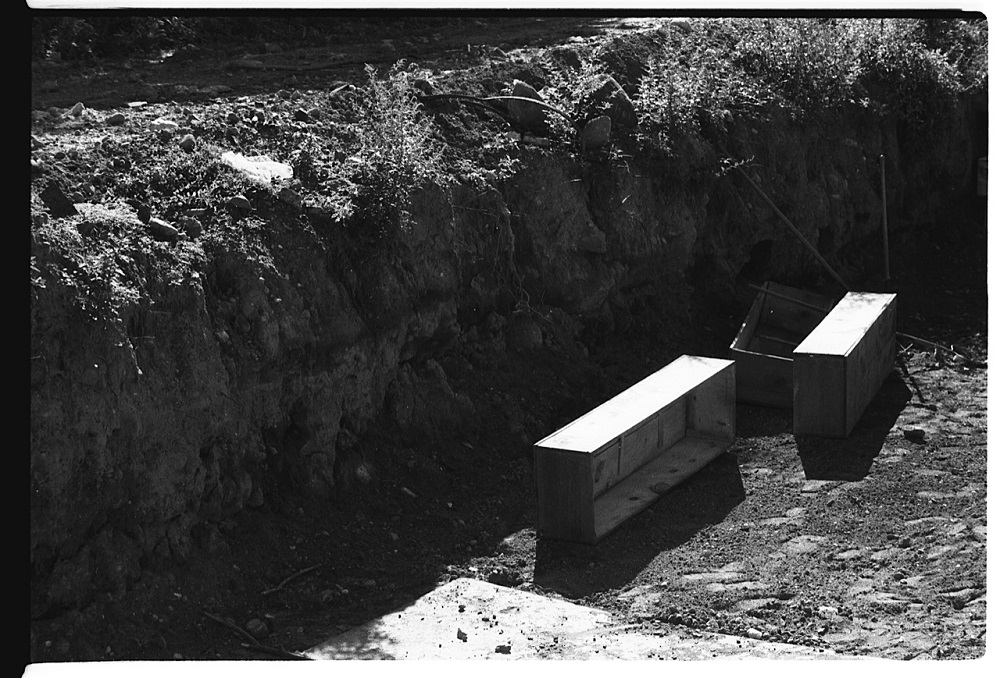 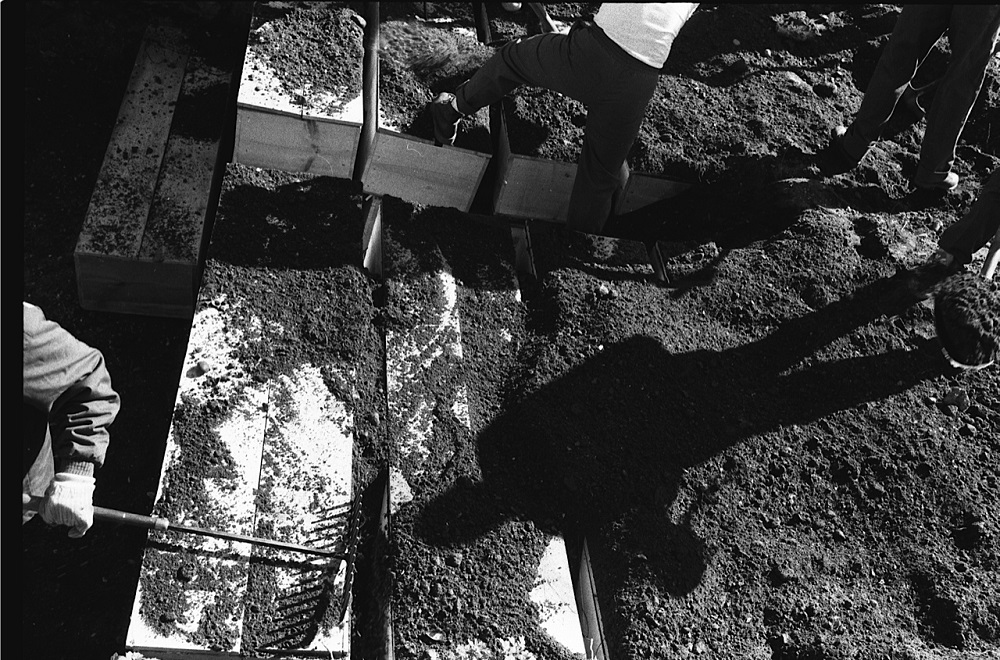 – Claire Yaffa
You can also see more of Claire’s work on her website, www.claireyaffa.com.