Georges Yammine: On Tour with a Violin and a Leica X Vario

The Leica camera Blog Uncategorized Georges Yammine: On Tour with a Violin and a Leica X Vario

Georges Yammine from Lebanon is not only a professional musician but also a “travelling photographer,” as he likes to call himself. Among other ensembles, he plays violin with the Qatar Philharmonic Orchestra and with the West-Eastern Divan Orchestra under the baton of Daniel Barenboim. In addition to his violin, he also always takes a Leica when he goes on tour — usually an M6 or an M9. For this project he exchanged the M for a Leica X Vario.
Q: What came first: photography or music?
A: I started out with music. My interest in photography developed over the years, in part thanks to the interesting photographers I met. One of them saw me with the M6 one day, and immediately asked me, “What are you photographing?” That was an important question, because it was precisely the point I’d been pondering on for years. So, I had to find a very quick response and I answered quite spontaneously, “I photograph musical expression.” So that’s what I’ve tried to realize in my photographic work ever since.
Q: Do your colleagues like being photographed?
A: They know me; I always tour with my violin and a Leica. I even have the camera with me at rehearsals. The conductor knows my pictures and has nothing against it. And everyone knows that I’m not intrusive; after all, I’m a musician too, and I know exactly when I shouldn’t be taking pictures. When you’re making music, any disturbance can be very unpleasant, but of course it’s important to me that the photos show musical expression. 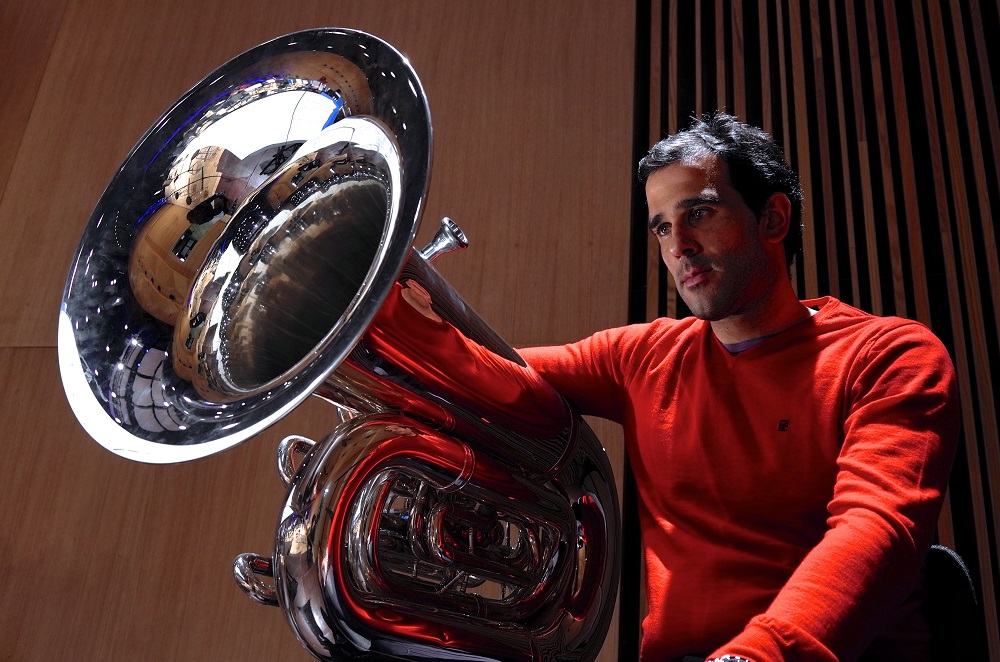 Q: Do you do a lot of arranging for your pictures?
A: That depends. There’s always that question of, “Which is more beautiful, a quick snapshot or a picture someone has posed for?” With snapshots it’s usually a matter of luck if it turns out any good. I know the musicians very well and, after ten minutes or so, most of them forget that I’m holding a camera. They’re so concentrated on what they’re playing that it’s immediately authentic. If someone is posing for a portrait, I consciously look for good lighting, like any portrait artist. Available light doesn’t have to mean bad light.
Q: How did the X Vario stand up to the M?
A: They’re totally different tools – one doesn’t replace the other. With the M6 and the M9, I can get by very well with just one lens. With the X Vario it’s different, of course, because the zoom lens has many more possibilities. A tension emerges because you can take the same picture from close up with the wide angle, or from far away with the zoom. I found it very interesting but, of course, you need to know what you want to photograph and the angle you want to use. Also taking pictures 40 centimetres or less away was a real discovery, because I’ve never had that with the M9. I photographed details on instruments that turned out great.
Q: How hard was it to select the pictures for this report?
A: I worked on my book about the West-Eastern Divan Orchestra for seven years. I had tonnes of pictures and had to make a selection of 100. But it’s not that hard when you have certain standards. If I were to make more compromises I could easily choose more pictures. However, when I do portraits, each one has to be able to stand alone, and shouldn’t be based on the same idea. Maybe that’s also why I use a Leica, because it’s a camera built to very high standards and it’s uncompromising.
Thank you for your time, Georges!
– Leica Internet Team
Connect with Georges on Facebook.