In the southwest corner of The Netherlands sits Zeeland, an area of profound beauty and tumultuous history. In a country that exists largely below sea level, and one that has made its national struggle a triumph over the oceans – “beter voorkomen dan genezen” (better to prevent than to cure) – Zeeland has shaped its landscape into one perhaps best characterized by the phrase “pastoral geometry.”
A large delta, the area constitutes the mouth of several rivers: the Maas, Scheldt and Rhine. Historically, the area was a mudscape that appeared and vanished with the tides but over time morphed into a series of small hills, which remained dry year round. Over generations, infrastructure projects further fortified the landscape and created what we see today. 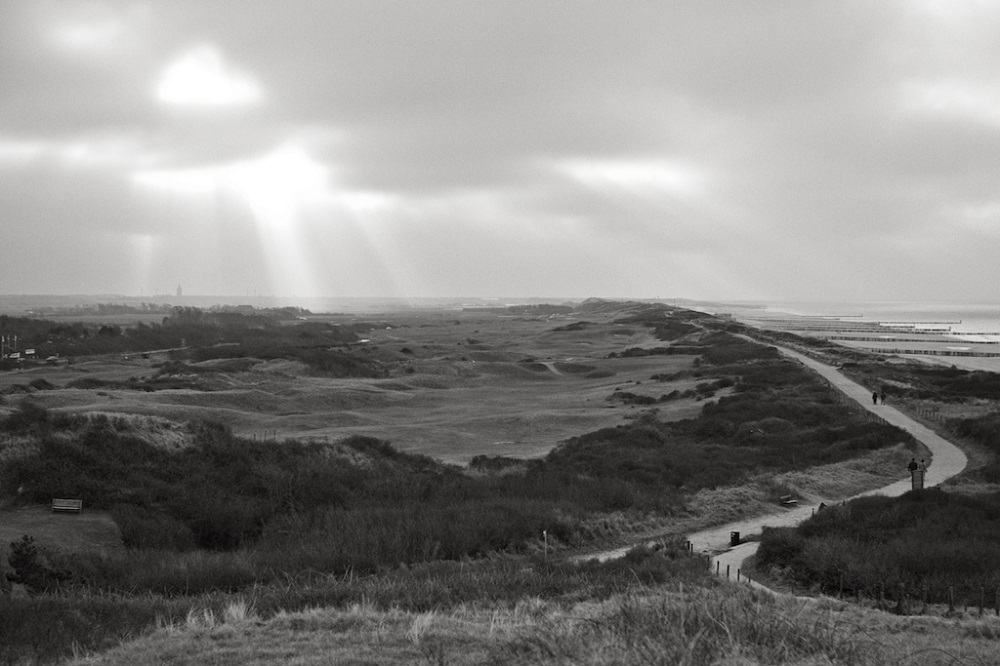 We often think of landscape as organic shapes, flowing lines, walls of foliage and color that dance with the wind and hide all evidence of humanity’s influence. In Zeeland, the landscape plays the contrarian, in many ways celebrating human impact: long dikes that cut rectangles across the countryside, levees hairy with grass that hide dry land from the endless sea, armies of wooden poles walking lock-step into the salty water to keep a tight grip on the shifting sands.
In 1953, with the North Sea flood, the area temporarily lost its battle, with thousands drowning and large tracts of land only partially reclaimed since. The tragedy spawned one of the largest infrastructure projects in history – the Delta Works, with its 13 dams – completed in the 1990s at a cost in the billions. 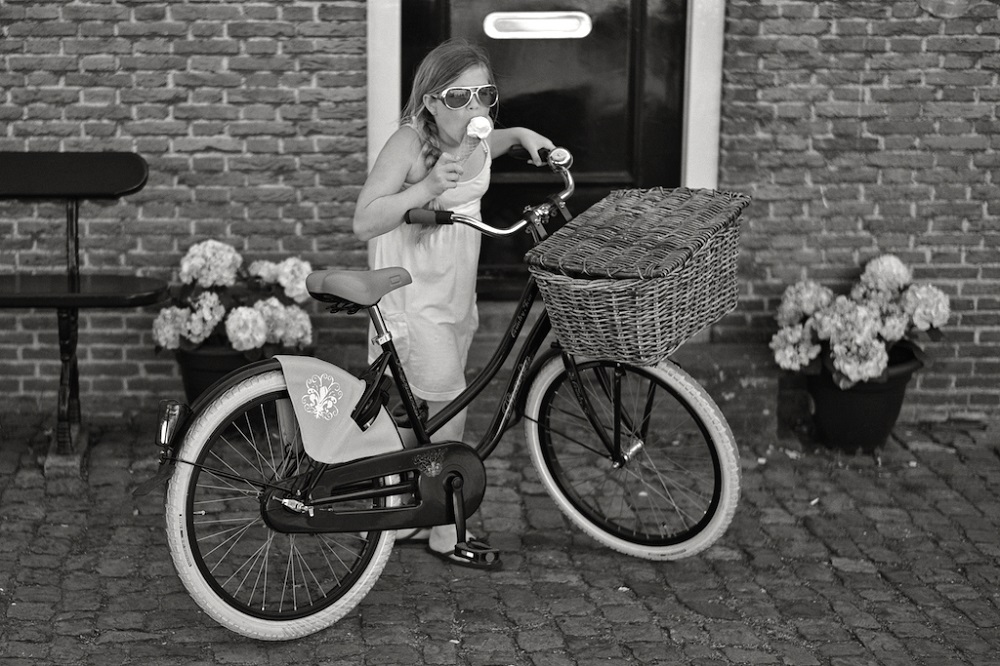 In the shadow of such impressively massive engineering, life continues in Zeeland, often at a small and unmistakably human scale and always forward, as much reaffirming the requirement to work as the need for play: dogs running on the beach, girls riding their bikes to the ice cream store, families of thick-coated sheep grazing the levee grass, wooden ship models perched elegantly within the four-by-five paned windows of pentagonal brick facades.
“Alle waarom heeft zijn daarom” – everything has an underlying reason.
– Aaron C. Greenman
Aaron C. Greenman has been a photographer for over 25 years and has lived and worked on four continents. He has previously been profiled on The Leica Camera Blog for his work in India, East Africa, Israel, Turkey, Bosnia and Herzegovina, Russia, and throughout Western Europe. More of his images can be viewed at acuitycolorgrain.com and his first monograph is now available for the iPad.