The Leica camera Blog Uncategorized Oliver Rüther: The Shoemaker with a Macro-Elmar-M 1:4/90 mm and Macro-Adapter M

Photographer Oliver Rüther from Wiesbaden is known for his portraits and reportages, working for many renowned newspapers and magazines as well as agencies and companies in German-speaking countries. He got an early chance to try out prototypes of the new Macro-Elmar-M 1:4/90 mm and the Macro-Adapter M for a photo shoot looking over a shoemaker’s shoulder as he worked on a pair of custom-made shoes.
Q: How did you come up with the idea of following a shoemaker at work?
A: The shoemaker is a good friend of mine, and I’ve always wanted to observe him at work. I’d visited him often enough, but I’d only ever seen one step or another of the process. For once I wanted to be there right from the beginning. I had, however, imagined something very different: three or fours days, a couple of hours a day, and I would have my story. In the end it turned out to be seven days from morning till night. It’s quite amazing how much work goes into a pair of custom-made shoes. I didn’t want to miss anything, because if you’re unaware of the whole process you don’t know what bits you can leave out. He laboured very intensely on this pair of shoes. Not only physically but also emotionally, because by the end of the week he has to have come to love those shoes: that’s exactly what I wanted to capture. 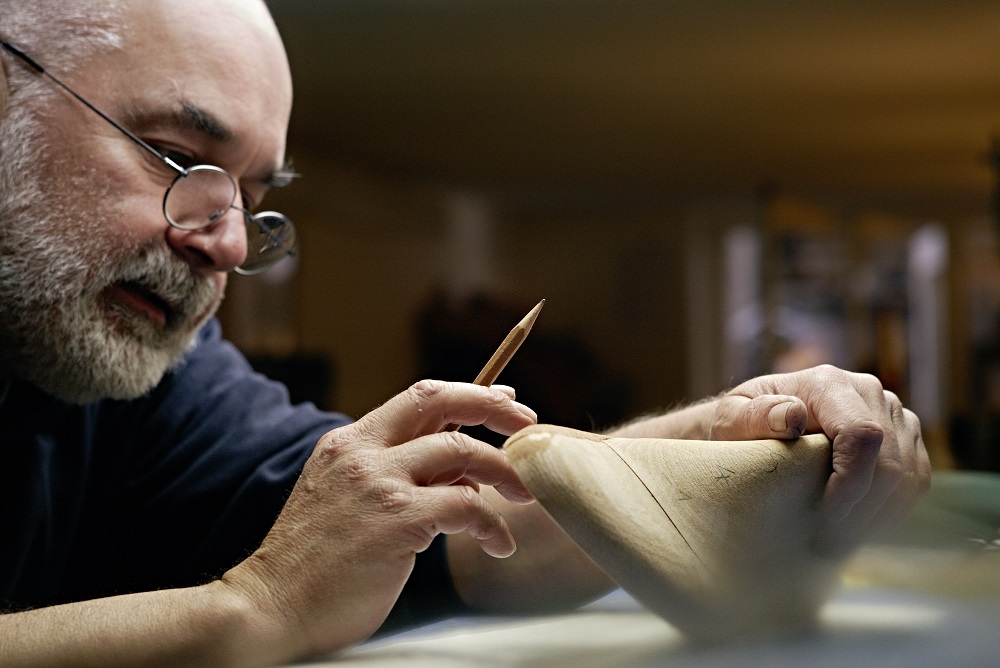 Q: Do you always work with your Leica?
A: No. I would prefer to, but I can’t do everything with the Leica. If it’s up to me, however, I pretty much always use it. I mean, if there are no special requirements regarding the lay-out or the concept of the image, and so on. The Leica forces me to look at things more closely. I have to have the picture in my mind, and then the camera just frames it. When you’re in the right state – and you really have to get into it if you want to photograph with a Leica – then it’s the greatest. And I have the feeling that when I use the camera I take better pictures. It’s sound somewhat esoteric, but with better I simply mean a little purer, clearer, less of a gamble.
Q: Did you hope to have even more freedom with the new lens-adapter combination?
A: That’s right. For my book project about champagne, for example, I needed many detailed photos: little bubbles on the rim of the glass, or a cork, more of that kind of stuff. That used to take a lot of time: you stand in the cellar and either change the lens or, as with the precursor, use the macro adapter; but, in fact, that’s something you rarely do, so you cheat somehow. That not only causes a break in the distance of the shot, if you’ve screwed on the adapter, but also in the photographic process. Now, without having to change them, you can easily use the lens and the adapter as a light telephoto, as well as very deep at close range. That’s great, of course. 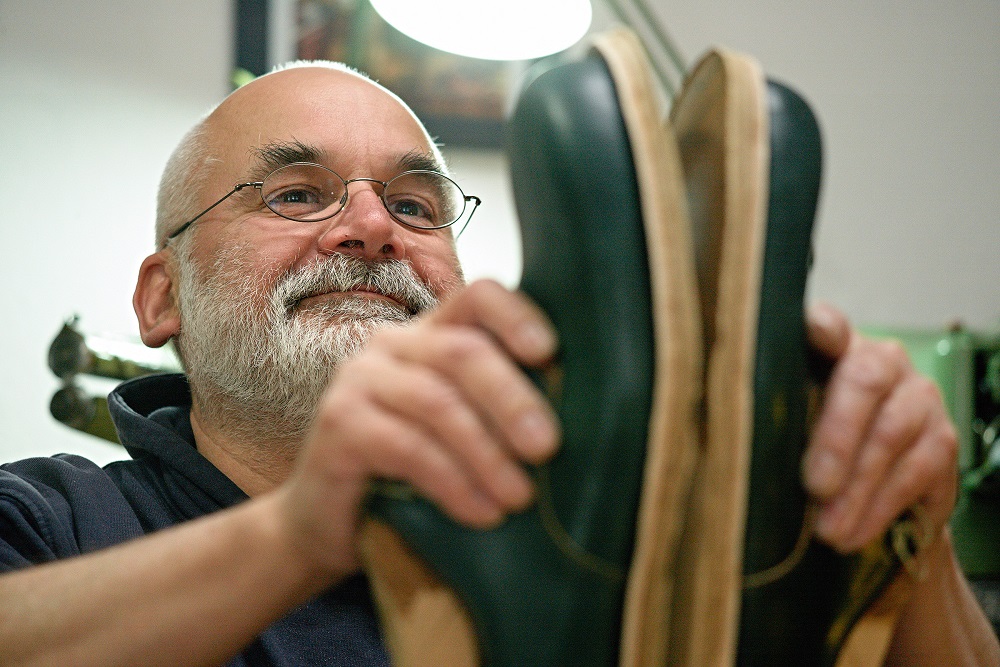 Q: If you hadn’t been able to try out the new lens and the adapter, what equipment would you have used for this project?
A: I would have still used the M until I’d be cursing, because I’d have get much closer [laughter]. If you’re so close to someone for so long, then the less stuff between you the better – that makes the Leica the preferred choice. 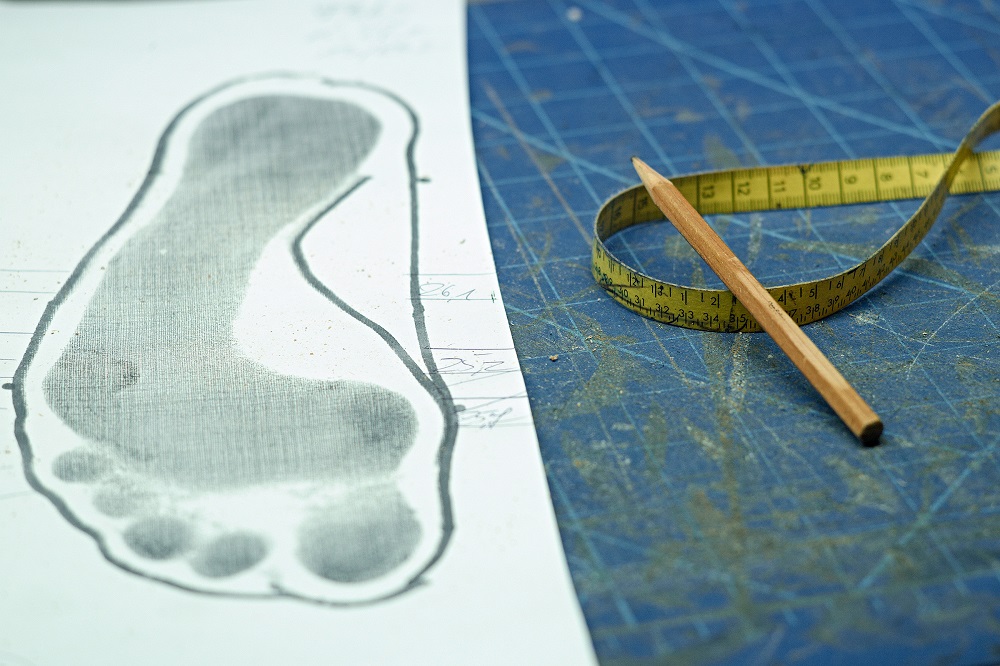 Q: Who do the shoes in your pictures belong to?
A: They’re actually mine. The thing is that people often have shoes custom-made because they can’t wear ready-made ones. Their feet might be of different sizes or they’re shaped differently, and that’s something you can’t show. Consequently, I have my shoes custom-made and I can tell you something: once you’ve worn such a pair, you never want to wear anything else. The shoemaker promised me that it would feel like walking on air, and he was right: it’s like night and day. There a very good analogy: whenever I’m at my photo dealers and I’m considering trying out a lens made by another manufacturer, he always says, “Don’t even think about it – you’ve already been spoiled by the Leica”. It’s exactly the same with these shoes.
Thank you for your time, Oliver!
– Leica Internet Team
See more of Oliver’s work on his website.