Rolling Through the Shadows: Greg Hunt

Mark Whiteley, skateboarder and Leica photographer, provides us with the next installment of his interview series “Rolling Through the Shadows.” This series takes a closer look at the seemingly unlikely collision of skateboarding and M photography from the perspective of the skaters and photographers themselves.
Q: How did you first get into skateboarding?
A: My stepmom gave me a skateboard for my 12th birthday, a Valterra Meltdown. I just kind of tic-tacked around for a while until I met some skaters at school. They showed me “The Search for Animal Chin” and I was hooked.
Q: How did you first get into photography?
A: In the ’90s I was a professional skater living in San Francisco. I was always really good friends with a lot of the skate magazine photographers and eventually Gabe Morford gave me an old camera of his, a Minolta X-700. I shot a couple rolls but didn’t think much of it until Gabe handed me the processed film from the lab a few days later. I’ll never forget that moment, looking at those contact sheets … something just clicked. It was like magic; I was instantly in love with photography.
Q: How have they influenced each other in your life and work? Meaning, what has skateboarding done to the way you see photography and vice versa?
A: Skateboarding directly influenced my photography because as a Midwestern kid in the ’80s, magazines were pretty much all we had as a connection to the outside skateboarding world. I’d just get lost in those photos, and every page was pretty much burned into my brain. Looking back I can remember how the composition, grain, colors and mood were studied, almost subconsciously. The incredible thing is that those photos were shot by some insanely talented photographers — Spike Jonze, Tobin Yelland, Dan Sturt, Grant Brittain. I feel very lucky to have had those guys shape my early visual vocabulary. So once I started shooting pictures myself I think I was always chasing that feeling that those photos gave me, especially the portraits. Tobin’s work had a particular influence on me. I think I’m still trying to capture the mood of his photos back then. 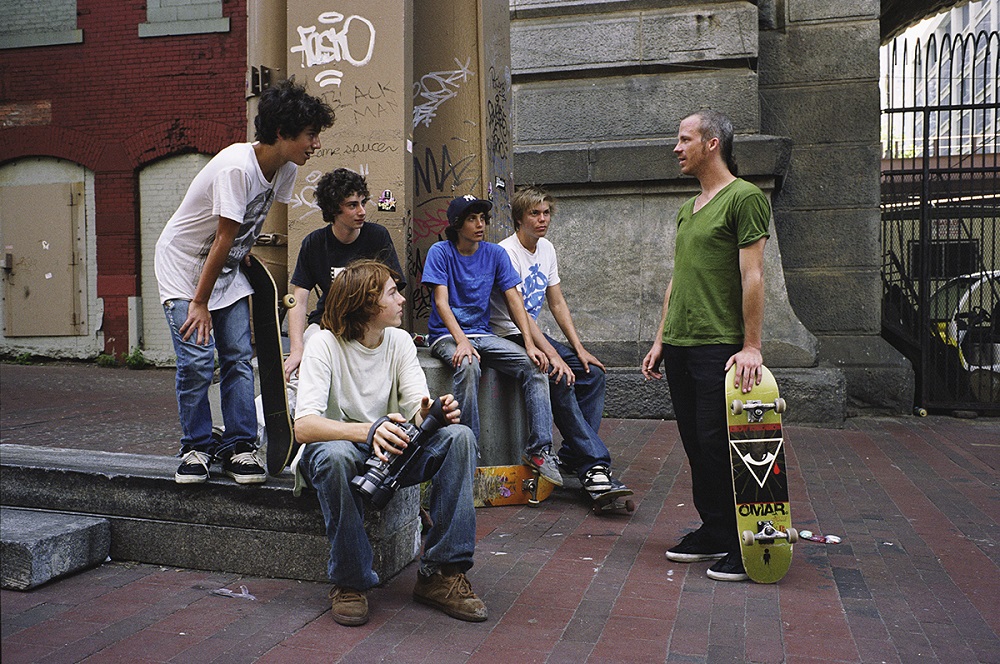 Q: Where do you generally find your favorite images coming from? Portraits, on the road, skate action scenes, etc?
A: It’s almost always on the road or outside. And it’s almost always people. Making skate videos has been my job for about 15 years, so I like to keep my photo work personal. I almost never shoot action shots; it’s always before or after the skating, the down time. It’s nice when there are no expectations or deadlines, so I try to keep it that way and shoot when inspired.
Q: What first drew you to Leica cameras?
A: There’s a mystique with the craftsmanship, plus they are just beautiful to look at. I won’t lie, that’s what drew me in. But ultimately what put a spell on me was when I first saw film I’d shot on a Leica through a loupe. The contrast and sharpness is unreal, especially with the grain of the faster films.
Q: Why do you like them? Do you use them for particular kinds of work or specific scenarios?
A: I like to document things as they are, so with friends or strangers I don’t want the camera I’m wearing to change the mood or situation. The M6 is small, so I can wear it under my coat when outside or working. It is also quiet and not as intimidating as most other cameras. But ultimately it’s simple, dependable, and creates a beautiful image. It’s just the best tool for how I like to work.
Q: What makes Leica cameras a good fit for documenting skate life?
A: They are ultra durable so I can bring it anywhere skateboarding takes me. A lot of the time I’ll be skating around with it or working with it on all day. My dad always said Leica cameras are built like hockey pucks and it’s true. When I first got my M6 I dropped it down a steel staircase. It bounced down every step; it was so loud! But it worked just fine after that, never had to get it fixed. 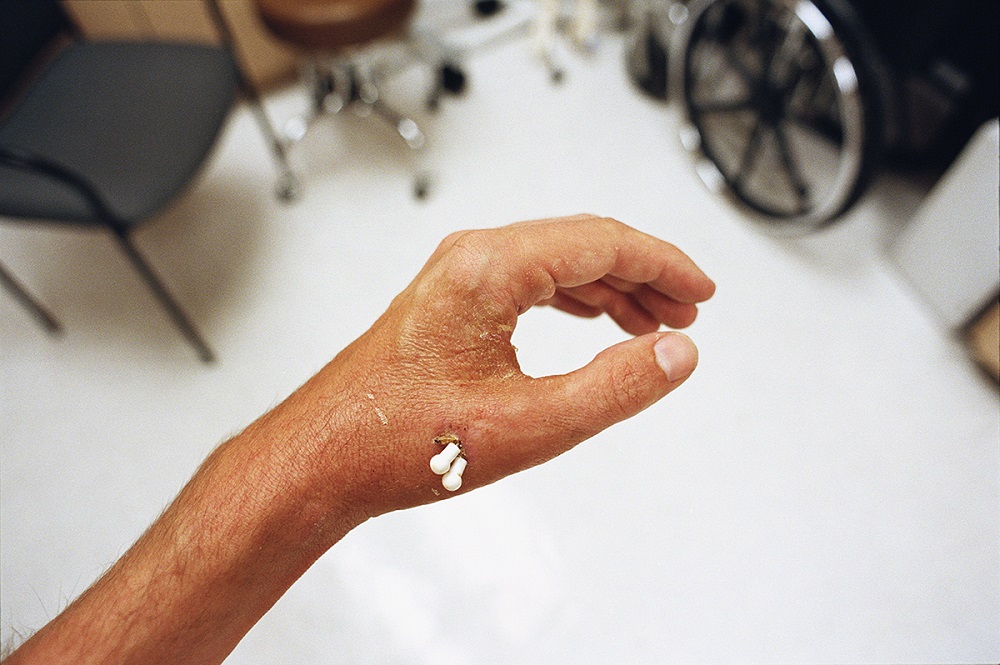 Q: Are there similarities between skateboarding and Leica cameras in your mind? Get philosophical…
A: Skateboards and Leica cameras are both incredible creative tools. Any person who picks up either would never create the same thing as another person.
Q: What bodies and lenses have you had or used most frequently?
A: I’ve had the same M6 since 2002. I bought it with a Summicron 35 mm f/2 and shot with just that for years. I now also have a Summicron 50 mm f/2.
Q: Who are some of your favorite Leica photographers, non-skate or skate-related?
A: Spike Jonze, Ed Templeton, Jerry Hsu, Ari Marcopoulos, Tobin Yelland, Robert Frank, Roy DeCarava, Alex Webb … there’s a lot.
Q: Do you have a favorite image or memory from using a Leica?
A: Not really favorite memories specifically, but there have definitely been some magic days that are a result of me wandering out with my M6. One that stands out is a day off in NYC where I ran into Mark Gonzales in the street and from there shot photos of him skating a rooftop, sitting in the MET, skating through Harlem, and meeting P. Diddy. I think if I wasn’t inspired to shoot that day I would have just stayed at the hotel.
Thank you for your time, Greg!
–  Mark Whiteley
View more of Greg’s work on his website and blog.
Mark Whiteley is a photographer, writer and life-long skateboarder hailing from the San Francisco area and currently living in Portland, Oregon. He served as the editor-in-chief of SLAP skateboard magazine for 13 years and now works on all things digital for Nike Skateboarding. His work has been published and exhibited internationally, and his monograph of photography, This Is Not A Photo Opportunity, is available from Gingko Press. For more information on Mark Whiteley, please visit markwhiteleyphotography.com.