Steven Foon: Tale of a Joyful Enthusiast and his Journey, Part 1

The Leica camera Blog Uncategorized Steven Foon: Tale of a Joyful Enthusiast and his Journey, Part 1

“I was born in Nevada and grew up in San Francisco,” says Steven Foon. “Among my fondest childhood memories was asking my parents to buy me a camera for Christmas or birthdays. In fact, I asked for the same present multiple times. My first camera was a Polaroid Super Colorpack Land Camera, which I still have today.” After a lifetime of on-and-off active involvement in photography with an impressive number of different cameras, he finally settled on two Leica cameras that he uses with immense satisfaction to take captivating images of the random things he encounters in his travels. Here is the heartfelt story of his emergence as a genuine photographic talent and a happy enthusiast. 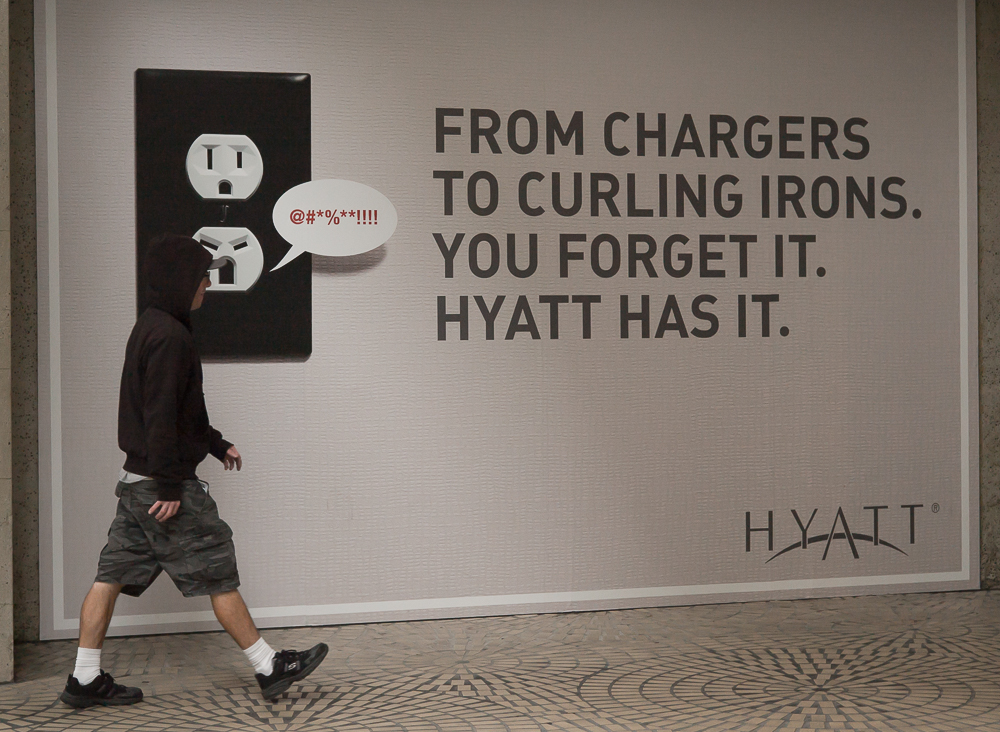 Q: What camera equipment do you use?
A: I’m now 100% Leica M and a V-Lux 4. The V-Lux is for the versatility of having such a flexible lens on a lightweight and relatively small package. 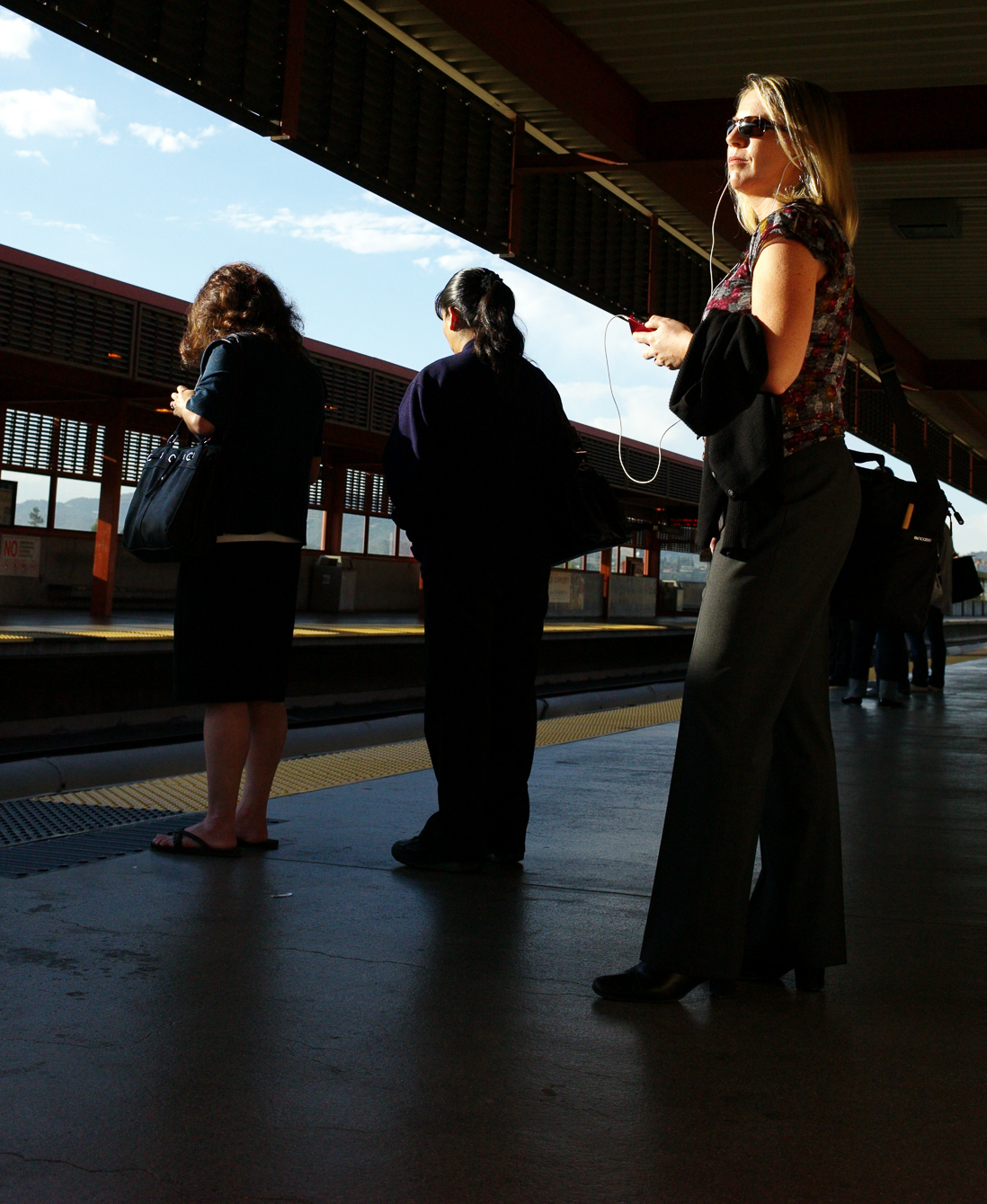 Q: Can you tell us about your Leica Camera journey?
A: About six years ago, the photo bug came back and took hold for good. I ventured off to the world of DSLRs because in my mind that was the camera to use. I quickly went from one DSLR to another and ended up with pro bodies and tons of lenses.
Then Leica came to me upon the recommendation of a camera dealer who insisted that I just try it. I was hooked. First it was a Leica X1 that did everything well but something was missing—the interactivity that a Leica M provides. So I traded up to an M8 and I loved it, but the desire to shoot full frame got me to the M9.
During this period, I still had my pro-bodied DSLRs, but the need to shoot clean images at high ISOs and to have greater flexibility had me thinking of going elsewhere.
The Micro Four Thirds started to take off at that time. I liked the flexibility and size and ability to interchange lenses among systems lured me away from Leica. The Four Thirds did well until one day I did a model shoot and the results were not to my liking. But the current Leica M had not yet arrived on the scene and I still wanted something small and went to the Mirrorless APS-C format cameras. They worked very well but I still wanted to shoot with a full frame camera.
Then the Sony full frame interchangeable bodies came out—really nice, but they didn’t give me the feel that I was looking for. I felt they were too much like using another electronic device versus a camera—my focus was not on image capture but gadget manipulation and that isn’t by cup of tea.
By now the Leica M was out and I was seeing the results and improvements over the M9. I still wasn’t fully convinced so I ventured back to another Leica X, this time the X-Vario. It was great but then I went to the Leica T, also great. However what initially drove me to the Leica, that feeling, responsiveness and interactivity, wasn’t quite there. Don’t get me wrong, the Leica T is a really capable and nice camera; it just wasn’t giving me what a Leica M would.
So I sat down and did a lot of soul searching, and I came to realize that what would really work for me is a camera that allowed me to do exactly what I want, and operates the way I want to work without having to take my focus away from getting the image. For me the choice became clear…the Leica M. 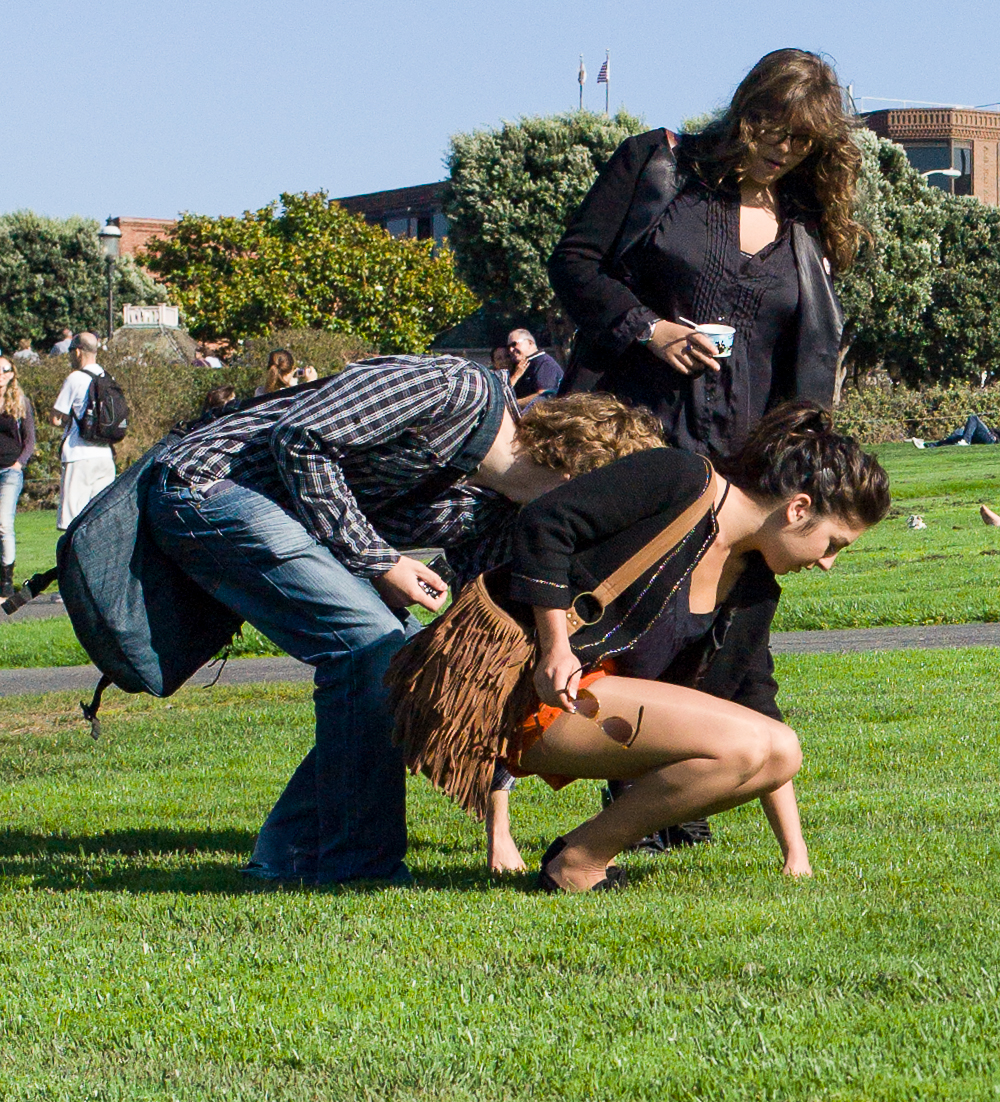 Q: Are you a full-time photographer or would you describe yourself as a serious enthusiast?
A: A serious enthusiast. I need a day job to help fund my photographic passion!
Q: What particular characteristics and features of the Leica M do you find especially useful in your kind of work, and which lenses do you use most often?
A: It has all the advantages of a rangefinder camera—the clear viewfinder window with just frame lines, and the lack of the momentary blackout that that you get with a SLR/DSLR. Size, quietness and discreetness of the camera design. In addition the M provides a higher ISO range, and a focus peaking indication via the EVF+Live View and it now allows me to use not only M lenses but also Leica R lenses and other manufacturers’ lenses. That was the final straw that lured me back.In terms of lenses, for the time being I’m sticking with just the classic Summicron-M 50 mm f/2 ASPH.
However, in the past I have used the Summilux-M 35 mm f/1.4 ASPH. which was a beautiful lens in terms of how it renders images and the Summilux 75 mm f/1.4 ASPH. is also my favorite for portraits.
Q: You mentioned that your Leica V-Lux 4 is versatile and lightweight, but when would you choose to use it instead of your Leica M?
A: I use the V-Lux 4 when I just need the ability to zoom in to 600 mm (35 mm equivalent) or when I need to do macro work on the fly. There are times where I just want to have an all-around single package camera that can do about anything without fuss. The V-Lux is just right for those times. 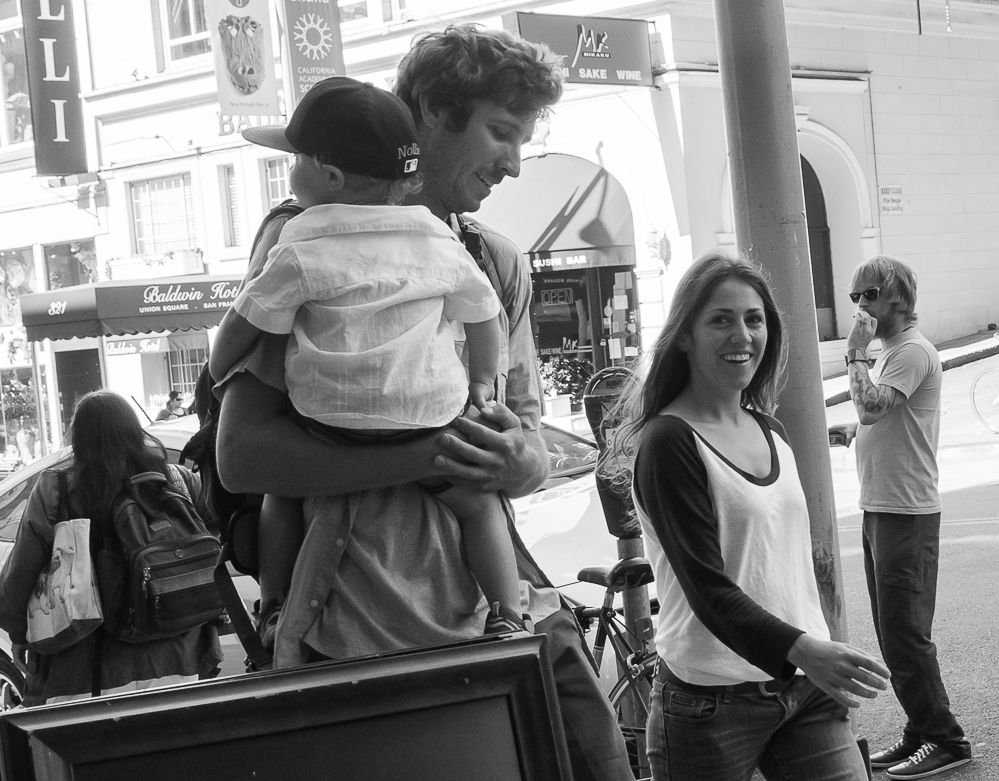 Q: Your search for the perfect camera evidently ended once you acquired the Leica M, but you also shot with the Leica X Vario and the Leica T. Can you tell us something more about your experience with these cameras?
A: The X-Vario did its magic on me once again with its solid build, simple system of dials and just wonderful lens. The results out of camera told me I had to get back to the Leica world.
Frankly, the Leica T was an experiment. I wanted to see how well the new model would work for me. It certainly has an outstanding build quality and the touch screen menu system is one that a lot of other electronics or camera companies can learn from.
I think the Leica T is a bold new step in the direction of the future. However it seems that I need the tactile feeling of the M and the rangefinder experience. I guess it’s also true that I’m simply old school where it comes to operating a camera. 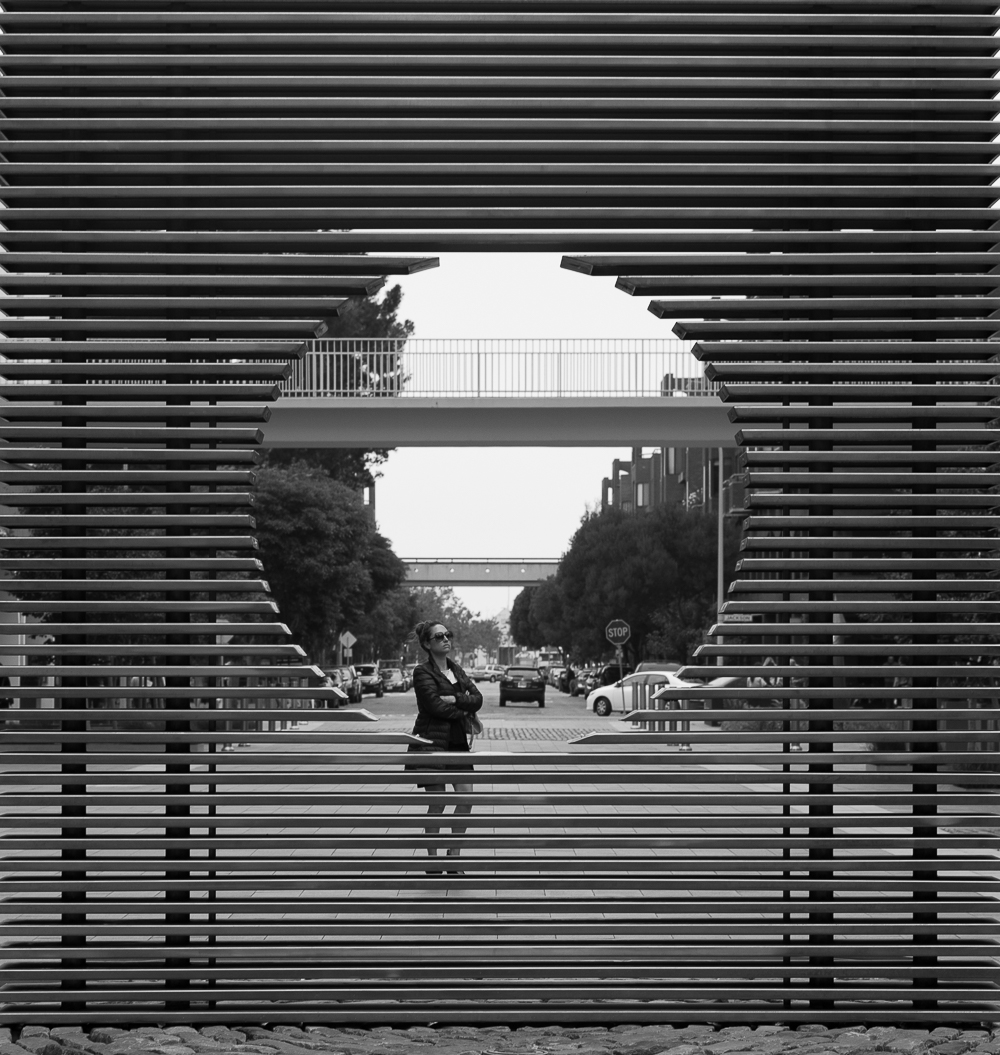 Q: How would you describe your photography?
A: Primarily street reportage.
Q: When did you first become interested in photography?
A: The passion started when I was an eight year old child, and I dabbled in it on and off for years. The cost of film and processing made it difficult. My interest rekindled about six years ago when the strong desire to express and document life around me took hold.
Q: What approach do you take with your photography?
A: It’s trying to just capture moments of time that I witnessed, unscripted images of real life. In essence I’m trying to document what my eyes saw and my brain captured. The best way for me to do this is to just be as non-imposing/invisible as possible. A fellow photographer friend paid me a great compliment a couple years ago, He said, “You’re just like a field mouse… you move in, take the image, and scurry off.” 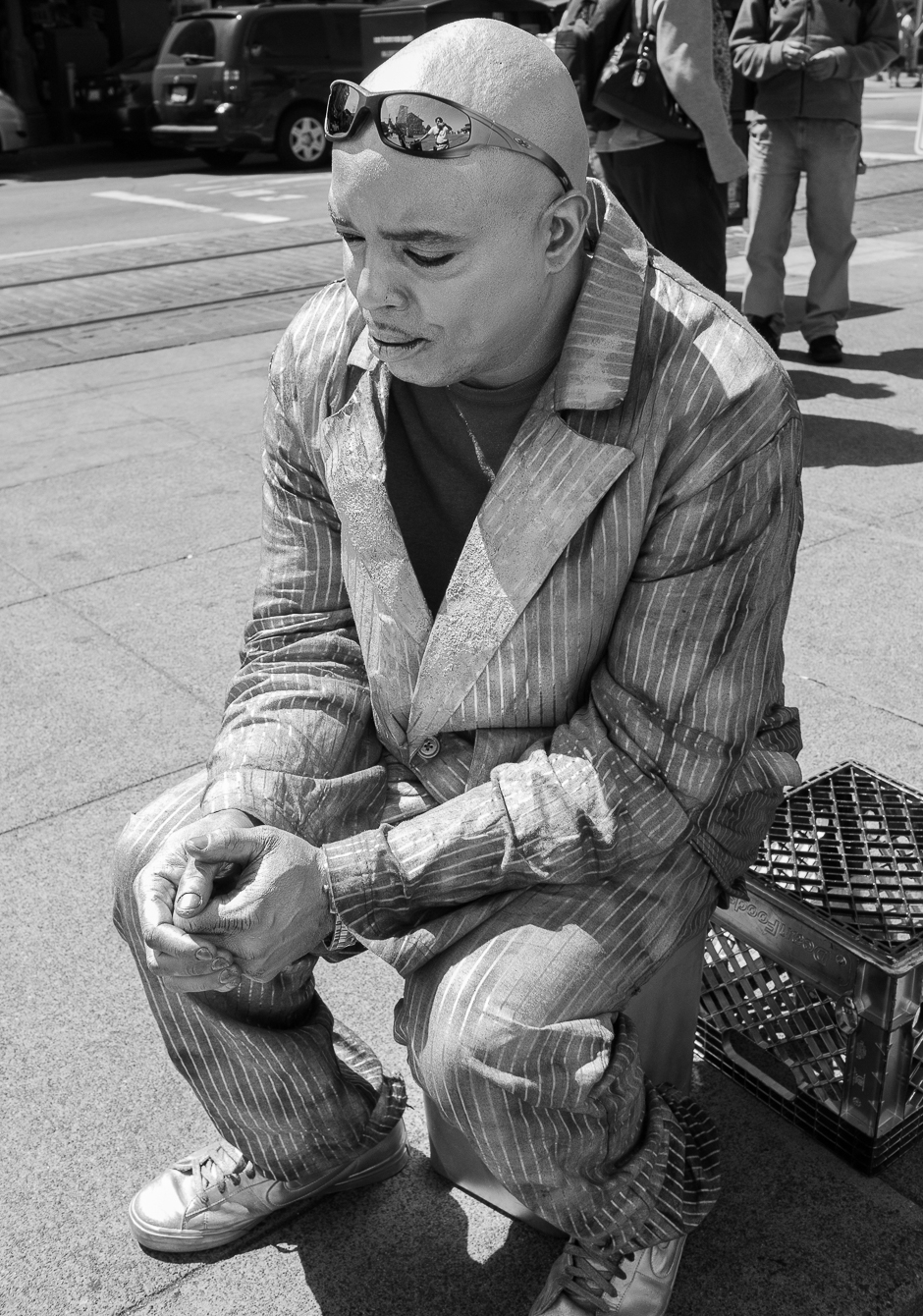 Q: You describe your photography as “primarily street reportage” and you mentioned that your interest in photography was rekindled about six years ago by the “desire to express and document life around me.” What is your method for doing this? Do you carry a camera with you at all times, or scout a specific location and then walk around looking for images? Do you ever have a definit3e goal in mind such as documenting a specific place or culture or are your images more or less random?
A: My method is to become part of the background—in other words be ignored by those around me. The goal is to capture events around me and not to influence or be part of the image. I have a camera with me all the time (well, at least 99% of the time).
Location is where the winds or day job takes me. Sometimes I’ll go to a specific place such as San Francisco’s Financial District and just walk about. Should I encounter something of interest or a location where I feel I need to come back a few times, that’s what I end up doing. All in all, it’s pretty random.
The shot of the Silver Man is an example where I was just walking around Fisherman’s Wharf, taking shots here and there and I came across the Silver Man. I took a few shots and when he stopped to take a break, I started a conversation with him.  What started as just another walk ended up as a mini project with my making several pointed trips to just to hang out and document him. The idea was to develop a book about him and the joy he was bringing to the visitors. Perhaps one day I’ll finish that project.
Thank you for your time, Steven!
– Leica Internet Team
See more of Steven’s images on his blog and Flickr.