This series examines the photographers who are exhibiting at the Leica Galerie at Photokina 2014. The focus of this year’s exhibition concept is on impressive photography from the world of music. It embraces all facets of music photography, and this post features Glen Craig, a photographer known for capturing legends in music, including Miles Davis, Aretha Franklin, James Brown, and B.B. King. Given rare inner circle access, Glen shares his personal insights into Miles Davis’ private life, and what it was like working with the jazz master himself. 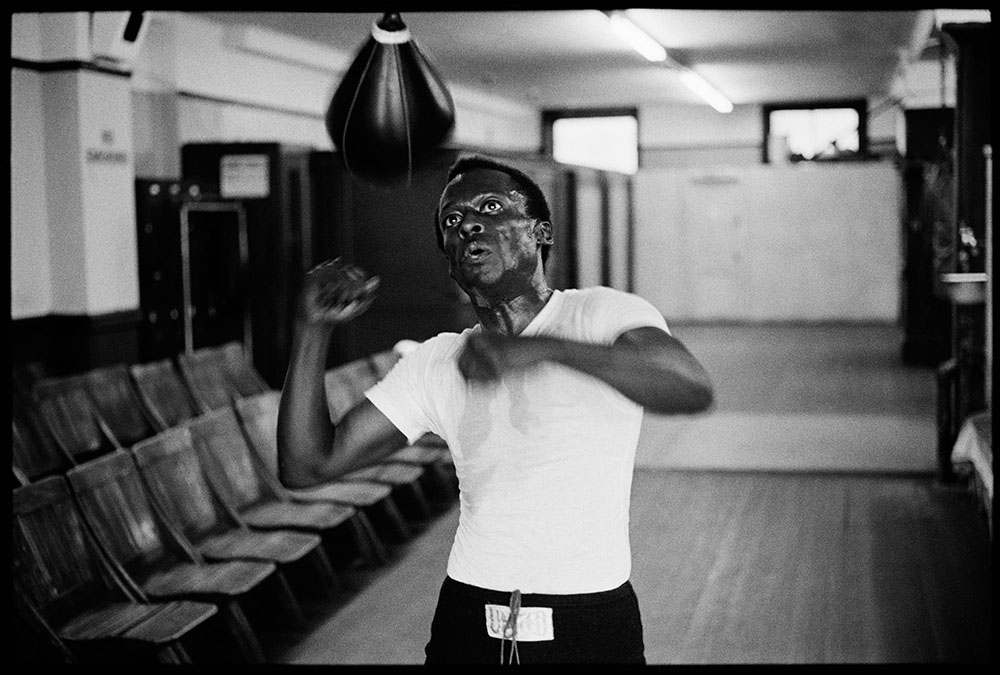 Q: What image is your favorite in this gallery and why?
A: The last thing you want to do is to disrupt the music in any way, so I work quietly and discretely sometimes, the significance of a particular photo becomes apparent only after the moment has passed. The most intense images have to be the gym series.  He used to say, “Let’s go in the car and go up to the gym.” We’d go there together, and he was good boxer. He could have boxed. I’ll never forget the anger in those eyes as he punched the speed bag. I think it came across in my photographs. I used a 35 mm lens – not a telephoto. I was right in his face – 2 feet away. So you get all of that emotion in the frame. Those images are the strongest. That’s how he took out his frustrations and anger – whatever was pent up inside.
Q: What, if anything, do you hope the viewer sees or gains when looking at these images?
A: The viewer gets to look at a man who was a very private person. I was part of his inner world and inner circle. There is intimacy in the photographs. The photographs weren’t taken as a stalker – like a concert photograph. It’s taken in the classic Leica way. You’re seeing the storyline and the emotions of a person through the photographs. Hopefully, this will draw you in. I hope that the viewers will want to know more about Miles and his music. We’re finding that these images are opening up a new generation of listeners. Hopefully, this will draw people in to listen to Miles’s older music and some of the new projects coming out. When we did those concerts for Bill Graham at the Fillmore East and West the audience went on a musical journey. They walked away exposed. That’s what I would like to happen with this exhibit. I want people to be exposed to Miles in a new way.
For more information about “LEICA CAMERA – DAS WESENTLICHE” events, lectures, live Twitter chats, and book signings taking place during Photokina 2014, click here.
Thank you for your time, Glen!
– Leica Internet Team
A Day in the Life of Miles Davis will be shown at the Washington D.C. Leica Store on April 1st with the opening exhibition from 7:00 p.m. to 9:00 p.m. and at the Morrison Hotel Gallery in New York City starting April 29th through May 12th, open to the public, with a private event preceding it on April 28th.
The first exhibition occurred at Leica Store Miami Gallery on September 1st through November 30, 2015. To learn more about Miles Davis and some exciting projects surrounding his life and work, visit milesdavis.com. Look for the upcoming feature film about Miles Davis’ life opening in theaters April 1st, “Miles Ahead,” starring and directed by Don Cheadle. You can also purchase “Miles at The Fillmore – Miles Davis 1970: The Bootleg Series Vol. 3″, on the Miles Davis website or on iTunes.