Michael Fackelmann: Munich and Hamburg, A Declaration of Love

Photographer Michael Fackelmann captured images of two major German cities 15 years after the end of the World War II. While still at school, Fackelmann began documenting life on the streets of his hometown, Hamburg. In order to complete his studies at photography school, he moved from the north to the south of Germany in 1961 – specifically to Munich, the capital of Bavaria. He had a Leica M3 in his luggage.
His street photography from both cities has been published in photo books. Fackelmann, however, does not limit himself to photography; he also writes screenplays, directs and even won the Adolf Grimme Award for a children’s series on German public television.
Q: Do you consider yourself a witness of an era that no longer exists in the same form today, or is your work simply a personal declaration of love for Hamburg and Munich?
A: Back then, 50 years ago, when I used to stroll through the streets of Hamburg and Munich, I didn’t have any particular concept in mind. I went to the places that sparked my interest because they, and the people there, fascinated me. That’s why my earlier work is like a personal declaration of love. For the younger generations, however, these images undoubtedly define me as a witness of an era. The fact that this could happen one day didn’t occur to me at the time. 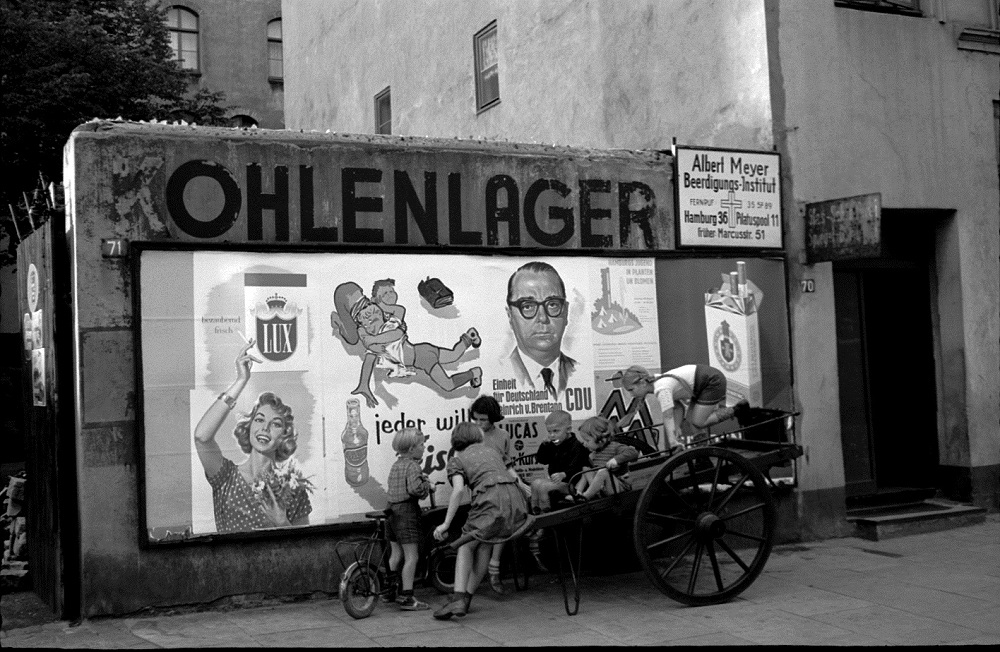 Q: Your pictures were taken at the end of the post-war period, after the first reconstruction that took place in the 1950s. What kind of atmosphere reigned in the street back then?
A: It was completely different. Today’s leisure society, with its massive consumption, didn’t exist yet. Life was regulated mostly by necessity. On the one hand, the hardened norms of the older generations of society still ruled, while at the same time, there was a vague feeling that a new age was about to dawn.
Q: What was the particular attraction of photography at that time?
A: At the time, taking photographs meant doing something special. It required a lot more knowledge of the craft than nowadays and it was easier to capture the attention with interestingly composed pictures. People were more approachable back then – simpler and less distrustful. Even though it has become technically easier, classic street photography nowadays is more difficult to do here. This is largely due to the fact that people are more aware of their personal rights. Back then, no one asked you what you would do with the pictures. On the whole, people were proud to have their photograph taken.
Q: Hamburg lies in the very north of Germany, Munich far to the south. What commonalities did you see back then between the inhabitants of the two cities, and, above all, what were the differences?
A: One thing in common was that the gap between poor and rich was not as large, or as evident, as it is today. The differences were the well-known clichés: the cool northerners, rather formal and stiff, with their dry sense of humor expressed in a typical Hamburg tone of voice. Democratic and open to the world because of the port, always tousled by the wind.
And then the southerners: the Bavarian dialect, marked by a Catholic-Baroque tradition that is held in high esteem, former residential seat of a kingdom, the Italian flair of squares with fountains, the frequently better weather, the initial “mia-san-mia” feeling creating a barrier towards foreigners, followed by a very hearty manner once trust has been established. 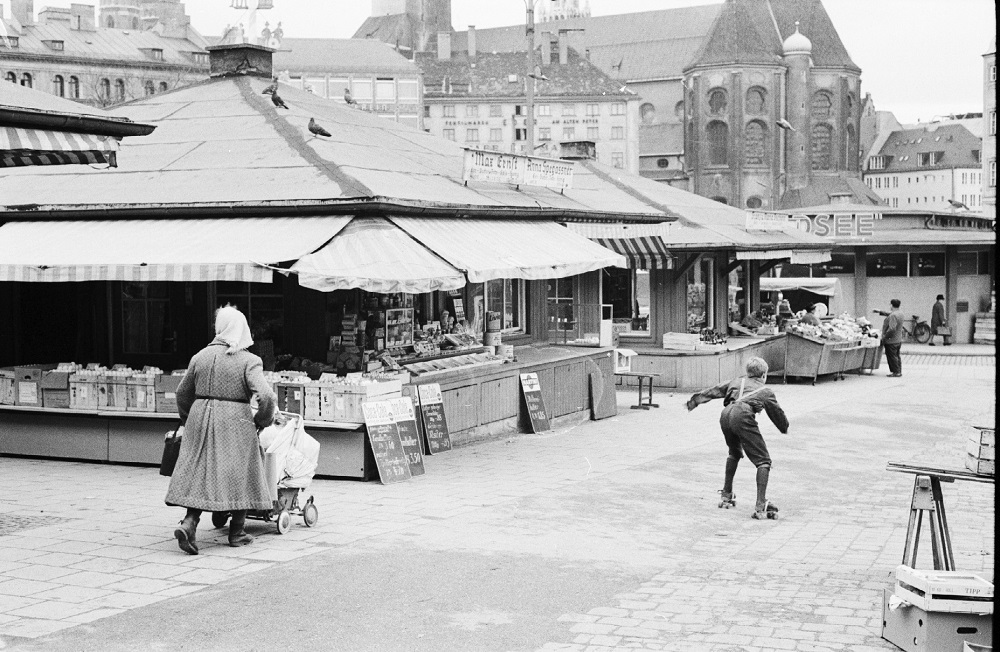 Q: You moved from Hamburg to Munich in 1961 – was it hard to say goodbye?
A: Not at all. It was a departure to a new world, to complete my training at a photography school. And then I just ended up staying. Even so, I’ve nurtured my Hamburg roots, paying frequent visits to family and professional contacts – even today.
Q: How did you get into photography? Why did you choose Leica?
A: I began photographing while I was still at school. I learned to develop negatives myself and turned the bathroom into an analogue darkroom. Back then I took pictures with an Agfa Super Silette. After a while, however, I realized that the possibilities with that camera were very limited. Because I don’t like to work with flash, I needed a high-speed, changeable lens. I already loved small-format photography, and because my icons, such as Cartier-Bresson and other Magnum photographers, were using Leicas, getting one myself was not a difficult choice.
Q: The pictures were taken with a Leica M3: do you still have that camera? What camera do you use now?
A: My M3 from the 1960s has never needed any maintenance or repairs and it still works. With regards to analogue, I prefer to photograph with an M6 because of the built-in light metre.
Q: What cities would you still like to photograph in the future?
A: I haven’t given it any thought. Brazil or maybe Istanbul? Or Paris once more, Barcelona? I’ll still continue taking pictures in Hamburg and Munich – like always.
Thank you for your time, Michael!
– Leica Internet Team