This month marks the 25th anniversary of the fall of the Berlin Wall. In the city, the Berlin Wall Memorial stands as a reminder of that monstrous construction. Peer Kugler’s photo series “Gedenkstätte Berliner Mauer” (Berlin Wall Memorial) reflects the horror still felt for the once more than 150 kilometre-long concrete barrier.
Q: Mr. Kugler, were you in Germany when the Berlin Wall fell?
A: I spent most of the time between 1984 and 1989 in Miami, where I first studied photography and then film. In the autumn of 1989, I decided to return to Hamburg for a few months. In the US I had heard a bit in the news about the flight of the masses through Hungary; but I didn’t give it much importance, as I was far away and wasn’t interested in living in Germany at the time. What’s more, I didn’t have relatives or friends in any Eastern Bloc countries. I got back to Hamburg at the end of October 1989. I was following the events on television when the wall fell. I really hadn’t reckoned on it happening. My feelings were very mixed. On the one hand, I was very happy for the people, but, on the other, I was scared about a reunified Germany. In Miami I had come into contact with Holocaust survivors for the first time. These encounters were very unsettling and occupied my thoughts for a long time. But I also thought about the fact that I was born 21 years after World War II and was brought up in a pacifistic and tolerant country. Some of my best friends were foreigners. Racism was a completely foreign concept to me. I was afraid that this would now change, and it did – pretty quickly. When I was back in the US a few years later, and refugee homes in Germany were set on fire, I was for the first time ashamed of being German. So my fear was not completely unfounded. Retrospectively, I’m sorry I didn’t go directly to Berlin, to photograph and to film what was happening there – but one’s always smarter looking back. 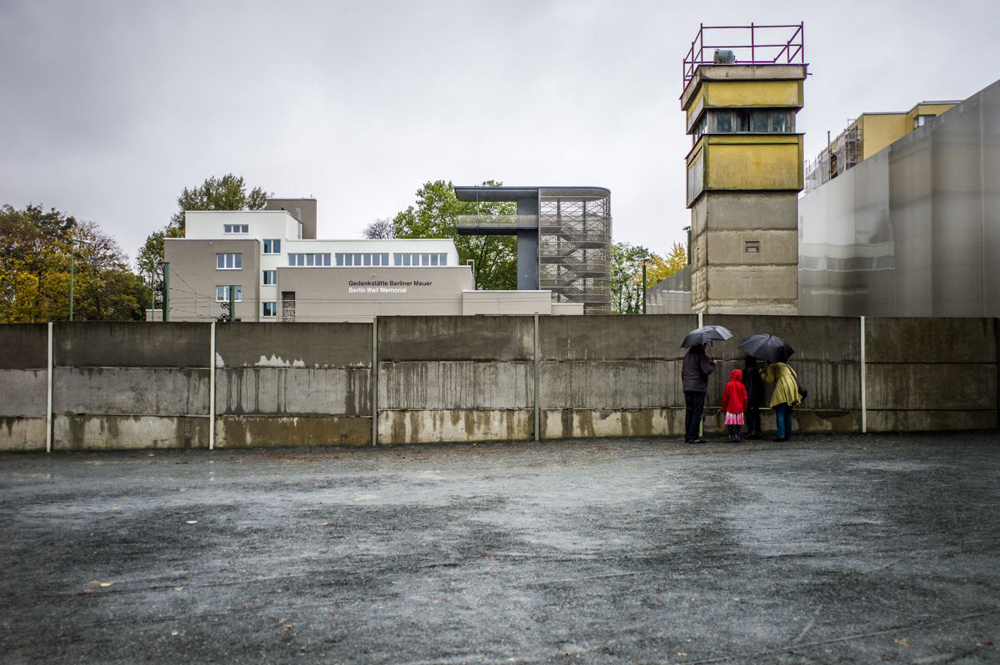 Q: Was it the 25th anniversary of the wall going down that suggested the idea of photographing the Berlin Wall Memorial series?
A: No. I discovered the memorial by chance in the summer of 2009, with a friend who was visiting me from the US. I don’t live far from the memorial and returned there many times. In the summer of 2010 I began taking pictures.
Q: Photographically speaking, what attracted you to work in a sort of open air museum?
A: I’ve never seen it like that. In February of 2006 I’d just moved to Berlin, and I began photographing the memorial dedicated to Europe’s murdered Jews. I spent a lot of time there, at different times of day and of the year. I like the fact that both memorials are accessible day and night. Consequently, I’ve never felt they were like museums. 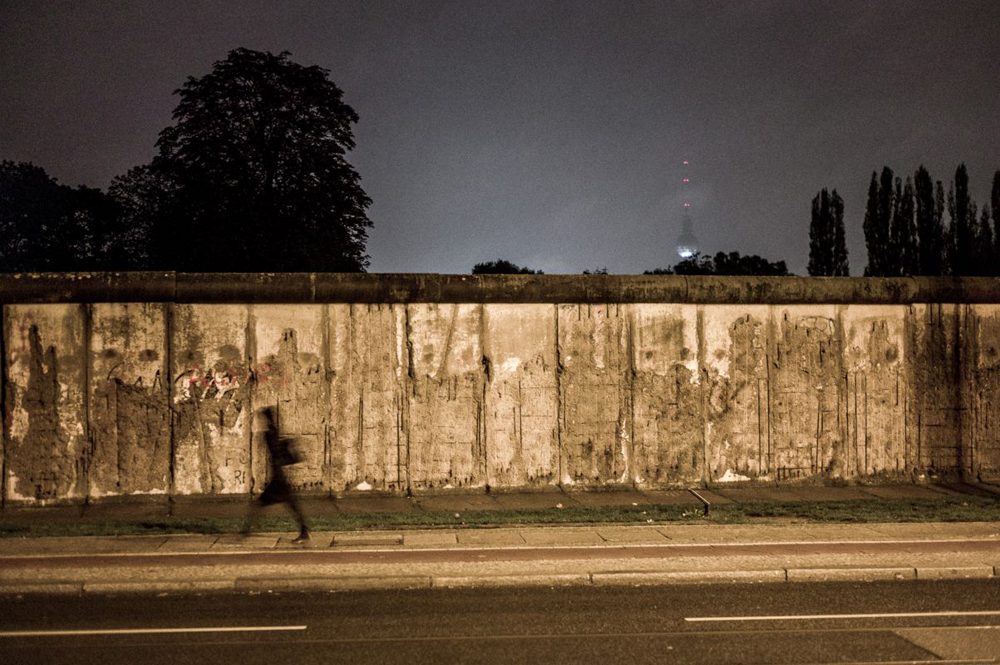 Q: The images in your series convey very diverse impressions. With the pictures taken at night one gets a creepy feeling that the wall is back again: the memorial character is only evident in daylight.
A: I discovered the memorial at night somewhat by chance when driving by with a friend. We stopped immediately and walked around. We were the only people there. There wasn’t a person in sight. There was something rather surreal about it. A couple of bats were hunting insects. Many details were not yet finished. So, when I took the first photos it was night, of course. I liked the emptiness and the quiet, yet also the fact that, as a result, the pictures that emerged conveyed something threatening. Of course, nothing like as threatening as when the wall was actually there. A good friend of mine who had fled East Germany a year before the wall fell, criticised the memorial for that precise reason. I agree: if the piece of wall remaining were at least twice the length, it would maybe convey more of a threat. At least, my impression is that the pictures taken at night come closest to it. During the day it feels like you’re in Disneyland. In 2013 alone, the place had about 850,000 visitors, and most were probably there during the daytime. Consequently, the pictures taken during the day have a different character.
Q: Were there any other expectations you had when approaching your motifs?
A: Actually, no. I always try to approach my motifs without any expectations. I often go there intending to take pictures, then don’t even take my camera out of the bag. I try not to manipulate things, but rather to trust my feelings. Of course, there were also days in which I took very many pictures. Then the feeling was right.
Q: What equipment did you use for the Berlin Wall Memorial pictures?
A: I took all the photos with a Leica M9, and most of them with the Summicron-M 28 mm f/2 ASPH. Others with the Elmarit-M 21 mm f/2.8 ASPH., the Summilux-M 35 mm f/1.4 ASPH. and the Summilux-M 50 mm f/1.4 ASPH. Before the M9 I photographed with an M6 and an MP for many years. Mostly with Kodak 400UC, which I always pushed up two f-stops. What I like very much about the M9 is that at 1600 IS0 it delivers virtually the same results. Sometimes one does tend to get nostalgic, and it also seems to fit the series well.
Thank you for your time, Peer!
– Leica Internet Team
Connect with Peer on his website and Facebook. Read the interview in German here.