In part two of our interview with François Fontaine, we continue our visual tour through Paris for his joint commission with Starwood Luxury Collection Hotels and Leica Camera and explore his use of the Leica X Vario for this project. You can read our initial interview with François here.
Q: What’s your relation to the Leica? And why did you decide to use a Leica X Vario for this commission?
A: I usually work with the Leica M6 and M7, and I also really like the small compact cameras, like the CM and CM Zoom, which have gone out of production now, but which are real gems.
The Leica design, their first-rate lenses, their versatility – which means you can use them out reporting, but also for interior shots and even in the studio – make them ideal cameras for what I like in photography.
I’m an analogue photographer, but this commission was done in digital, so I chose the X Vario, which is very similar to the little compact film cameras I use at other times. I find its zoom very practical and, above all, it restitutes the light I’m looking for well. I’m more of a night owl, so I work a lot in low, difficult light. For this first digital series, the X Vario met my expectations, restituting the magical atmosphere you can still find in Paris.
Q: In your photographs, the colours range from pastel tones to electric colours. Why?
A: Yes. That comes from the fact that I sometimes work in natural daylight, which gives the images a more intimate dimension and an almost monochrome tonality, like, for example, in the picture of the swans in the Parc de Vincennes. The brighter, more electric coloured images are interior shots or shots at dusk or night. 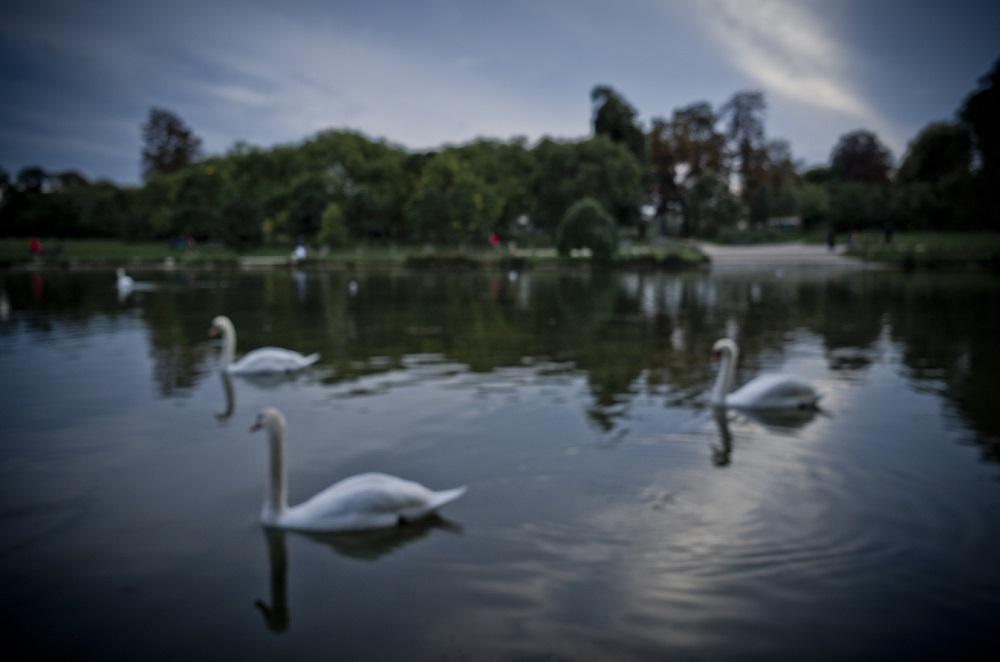 The photo taken in the Musée Bourdelle’s magnificent sculpture studio has the same gentle light. 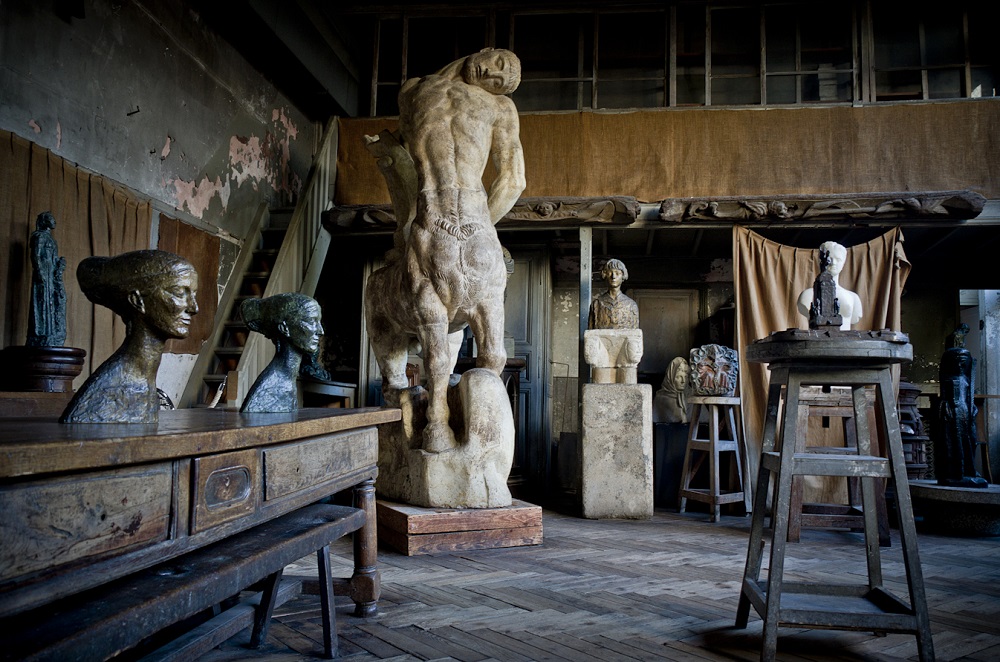 Paris has an incredible number of extraordinary museums, whose gardens – for example the Musée Bourdelle, the Musée de la Vie Romantique, or the Petit Palais – are home to unusual statues that I really love photographing. A few years back, I did another commission on Paris that I called “Rêves de statues” [Dreams of Statues]. I photographed them as if they were alive, as if they were waking at nightfall. 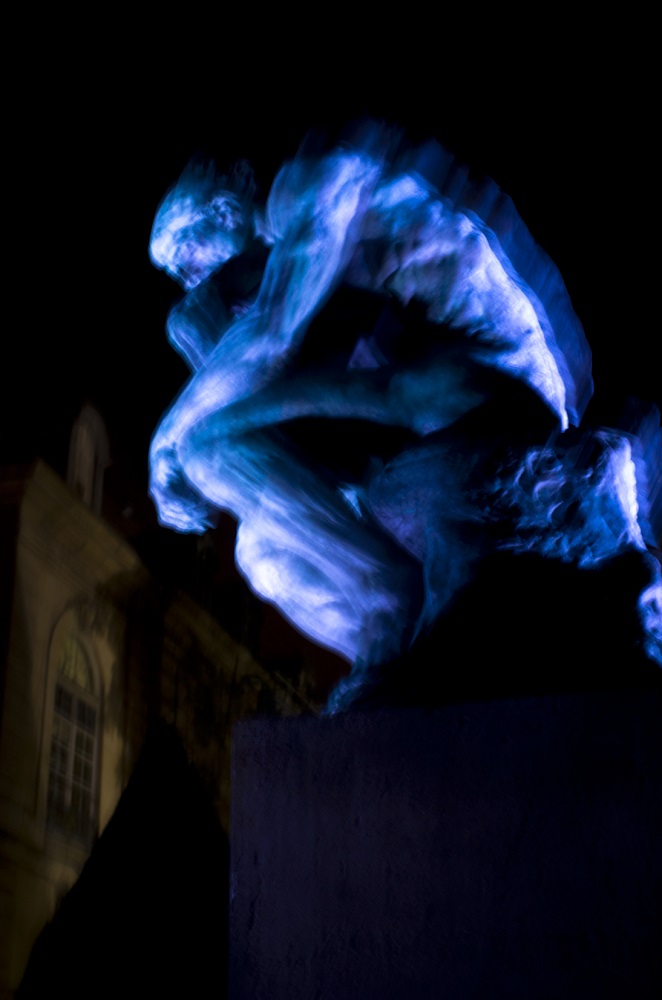 That’s how I photographed Rodin’s “Thinker” last September, at night. It was an incredible moment. It was warm, the ambient light magnified the statues, while in the background, the dome of the Invalides was shining bright. In this photo, the spirit of “The Thinker” appears to escape his bodily envelope, a kind of vibration that appears to make it shimmer. 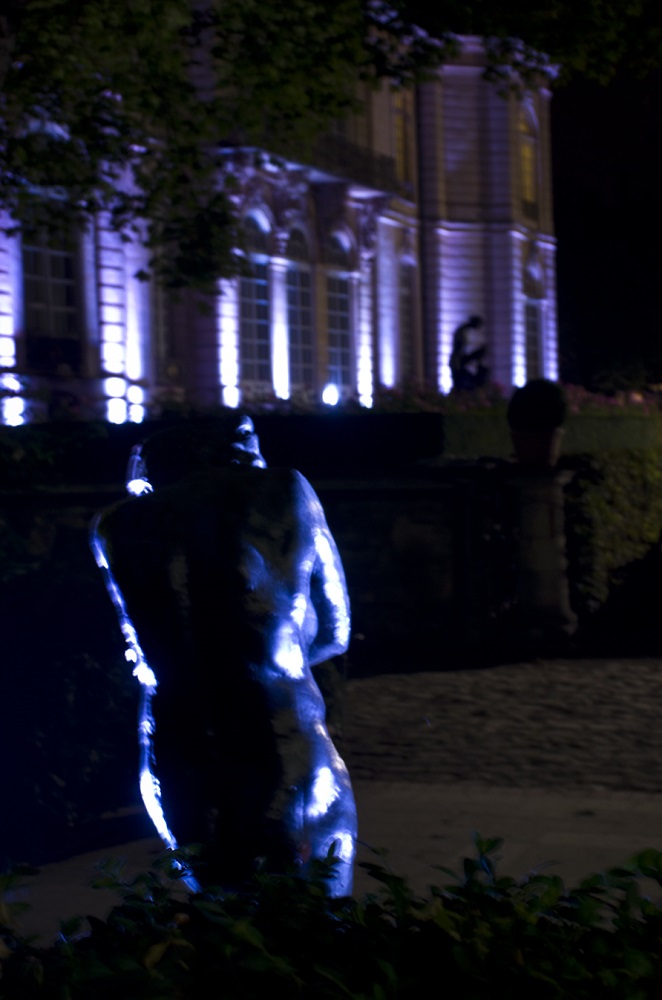 Another photo shows the statue of a woman from behind, which for me is a homage to Camille Claudel and to the story of her all-consuming passion for Rodin. This naked, frightened woman shivering in the night with the Musée Rodin in the background is particularly moving.
The Musée Rodin and its garden full of mysterious statues is one of the most beautiful museums in Paris, along with the Musée de la Vie Romantique and Musée Gustave Moreau.
This image is emblematic of my aesthetic experimentation with colour. I particularly love intense reds, deep blues, fawn and striking colours, like in this photo of the Grand Rex cinema, where its Art Deco interior resembles a palace from the Arabian Nights. 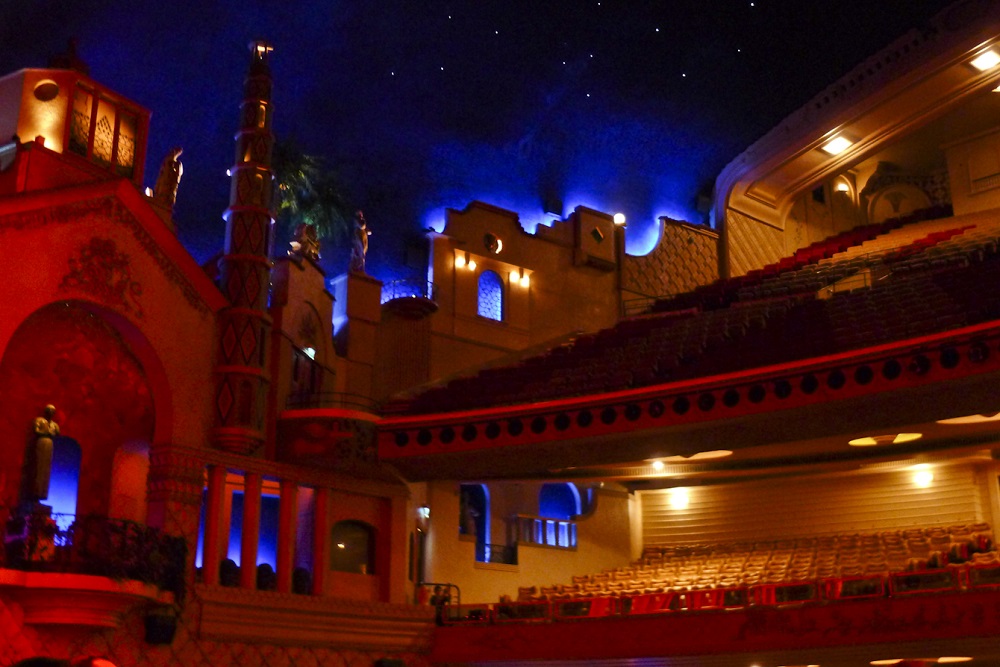 Q: Which photographers have marked your approach in terms of colour?
A: I particularly like the works of Miguel Rio Branco, Saul Leiter – who recently passed away – and Ernst Haas, who, with William Eggleston, was one of the precursors of coloured photography. My references in part come from what was done in the ’70s with dye-transfer, Polaroid, and saturated colours. Amongst contemporary photographers, I’d cite the work of Sarah Moon, Christine Spengler and Dolorès Marat. I am a colourist. I work on photos as if I were working on a painting.
Q: On the subject of colour and the gardens you were talking about earlier, Parisian vegetation can be incredibly luxuriant. 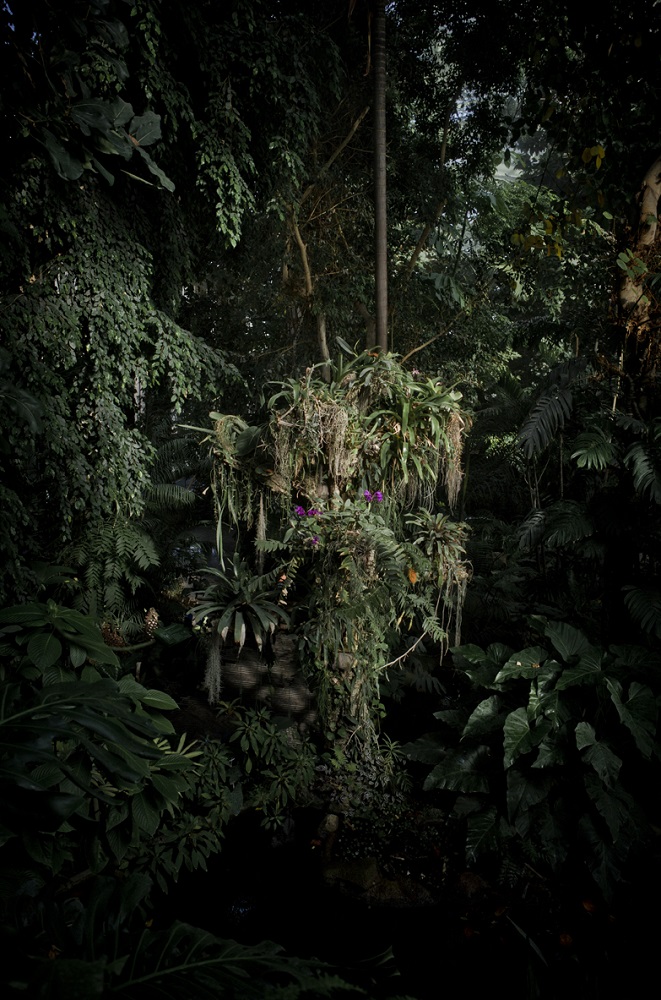 A: This photo was taken in the recently restored Jardin des Plantes greenhouses. I live nearby, so go walking there very often. It’s both one of Paris’ green belts, and a very old place with sublime trees, some of which are over 200 years old.
That’s what I liked in the jungle of the Jardin des Plantes: its Douanier Rousseau side. I’m fascinated by this little Parisian employee, who never travelled anywhere other than illustrated books and botanical gardens, and who would escape by painting luxuriant jungles as if he were an explorer. So I photographed this lush vegetation with that in mind. 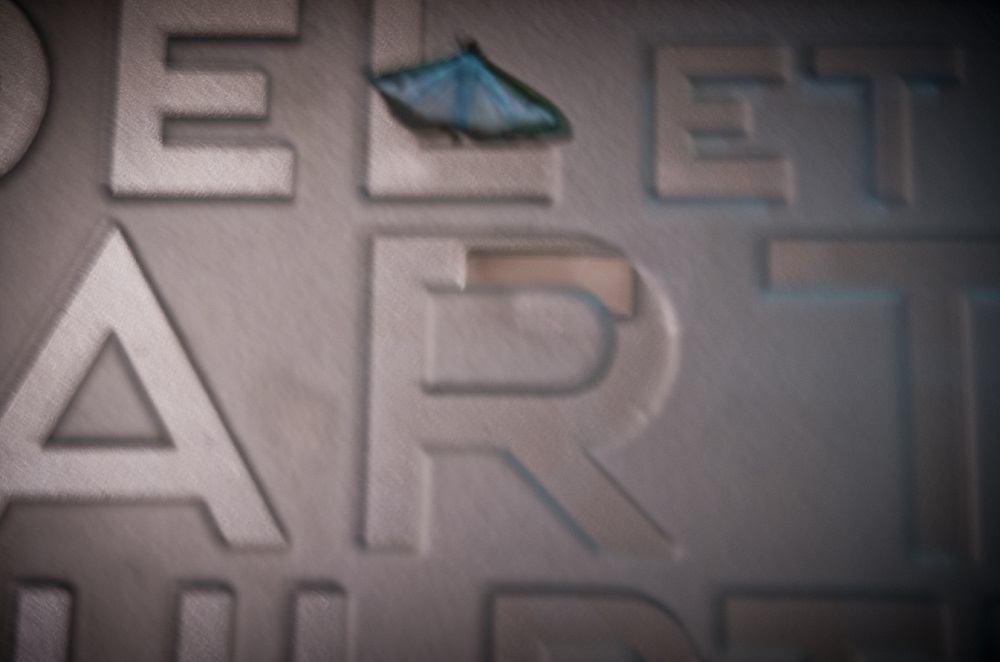 Q: What would you like to choose as the final image?
A: I would like to end this tour with the photo of the Mallet-Stevens villa in the 16th district.
This photograph is important because, as the Prince de Galles is an Art Deco hotel built in 1927-1928, this style was one of the main themes of the commission. But it’s also a moving memory for me. During the shoot, while the owner of the villa was telling us the full story of Mallet-Stevens, a blue butterfly – a nod to the night, to surrealism – by chance landed on a couple of letters of the name Martel (the Joël and Jean Martel twins, sculptors from the Art Deco period), in which you can also read the word “art”.
Thank you for your time, François!
– Leica Internet Team
Read the interview in French here. Learn more about François on his website.