Born in Abidjan (Ivory Coast) in 1974, photographer Joana Choumali is one of the winners of the POPCAP 2014 awards for her series “Hââbré, the Last Generation”, which focuses on a dying practice in West Africa: facial scarification. In this interview, she discusses the different stages of her work on these sensitive portraits and her more general aim to portray an evolving Africa that is both ordinary and nuanced.
Q: Joana, could you please briefly introduce yourself? How would you describe your path and how did you decide to become a photographer?
A: I live and work in Abidjan. I spent my whole youth in Africa, and I have also traveled a lot in the West. This helps me perceive and compare the nuances from one culture to the next. I often address the question of identity because, to know others, you first have to know yourself — to ask questions and, if you’re lucky, to find and reconnect with yourself.
I want to convey my vision of an Africa that’s between tradition and modernity and, as we all photograph with our own sentiments and experiences, I want to address subjects that concern my country, my generation, my continent, from within. Changing opinions and challenging prejudices drive me, but I like the conclusions to come from those who see my work. While you can’t force people to change their minds, you can encourage them to think and exchange. 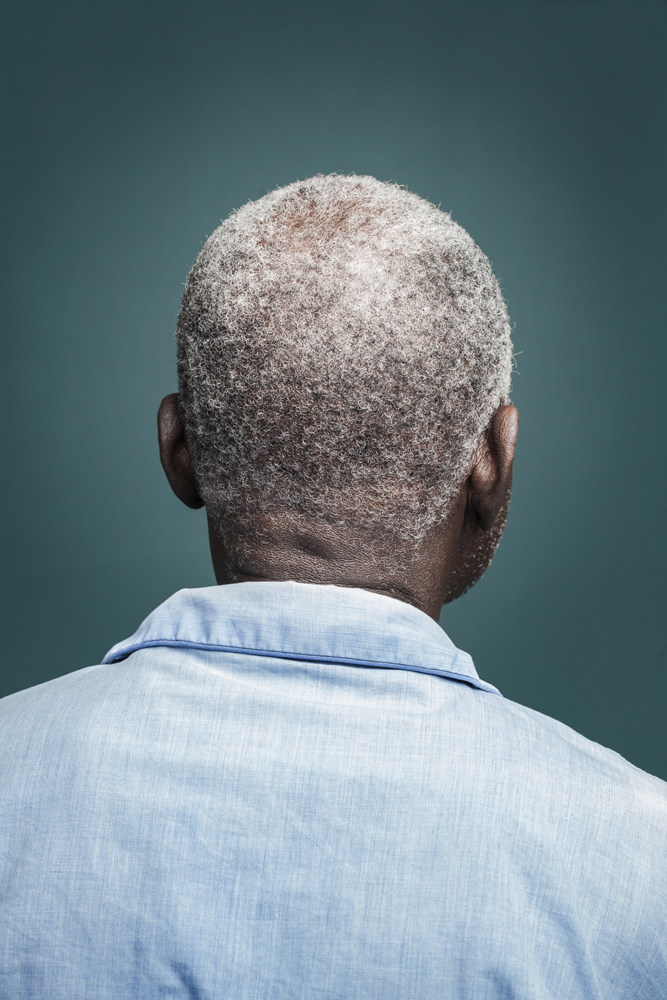 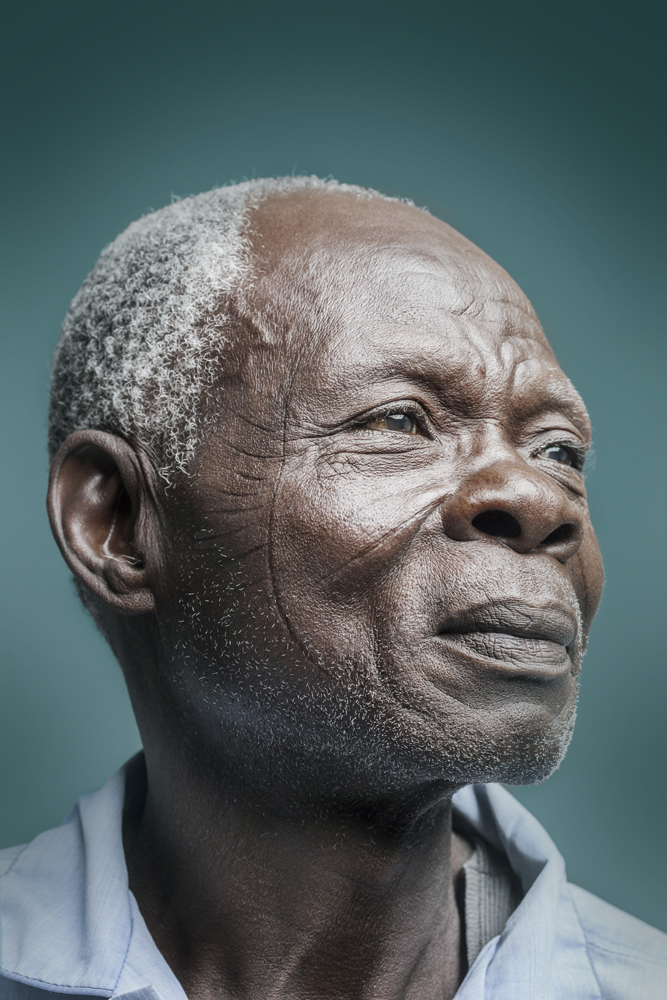 Q: How did the “Hââbré, the Last Generation” project come about? What does “Hââbré” mean and what is the word’s origin?
A: You often used to see people of different social origins in Ivory Coast proudly sporting their facial scarification, but today, the practice is dying out. I started thinking about Ekra, the driver who used to take me to school, who had scarification running all the way down his face from his temples to his chin. I used to find these geometric forms fascinating, and at the same time completely normal. Coming from the centre-eastern part of Ivory Coast, Ekra was no exception. Then I thought of Mr. Konabé, a tailor I’ve known since my teens, whose face is also scarified. I decided to ask him what he felt. I wanted to understand why his face was marked, and what the scarification ritual entailed. What did he feel during and after the act? What did he feel years later?
That was how the desire to photograph these men and women was born, this last generation of scarified Africans, not necessarily just from Ivory Coast, because most of the people I photographed emigrated here from Burkina Faso. But they’ve been living long enough in Abidjan to consider themselves Abidjanese. Yet this scarification continues to remind them that they are originally from another country, another era even. As Ivory Coast is a country of immigration, my aim was to gather the testimonies of these people who left their villages and came to settle in Abidjan to work. Several people told me that they had been the target of bullying and mockery because of their scarification. These people have had to integrate into Ivoirian society, and more specifically into Abidjan, one of the biggest metropolises in West Africa, the best they could.
“Hââbré” means “writing”, “sign” and “scarification”; this one word signifies all three notions in Kô, a language from Burkina Faso.
Q: How did you work on this series, from your preliminary research into the subject, to the choice of people and type of framing and lighting? Did you encounter any particular challenges in carrying out this work?
A: I started by gathering documentation, looking into what had already been done, in visual terms too, but I mostly came across images taken by explorers at the beginning of the 20th century. There were very few up-to-date documents, very few contemporary images available on the subject.
It was quite hard to find people to photograph, given their rarity. Some refused to pose. At first, I went up to people in the street and asked if they would pose. If they agreed, we’d fix a date. It wasn’t a very fruitful approach because many were reticent; they said yes at first, but then backed out. Fortunately, word got around, and the first people who posed managed to convince the others of the honesty of my undertaking.
I chose to work in the studio so as to not be distracted by the setting. I wanted to really focus on the face, on expressions, forms, and gazes. I chose the same backdrop and the same neutral lighting, using a flash, in the studio. I used the same framing too.
I always proceeded the same way: I presented the project, then I recorded people’s testimonies and finally we went into the studio to take the photos. 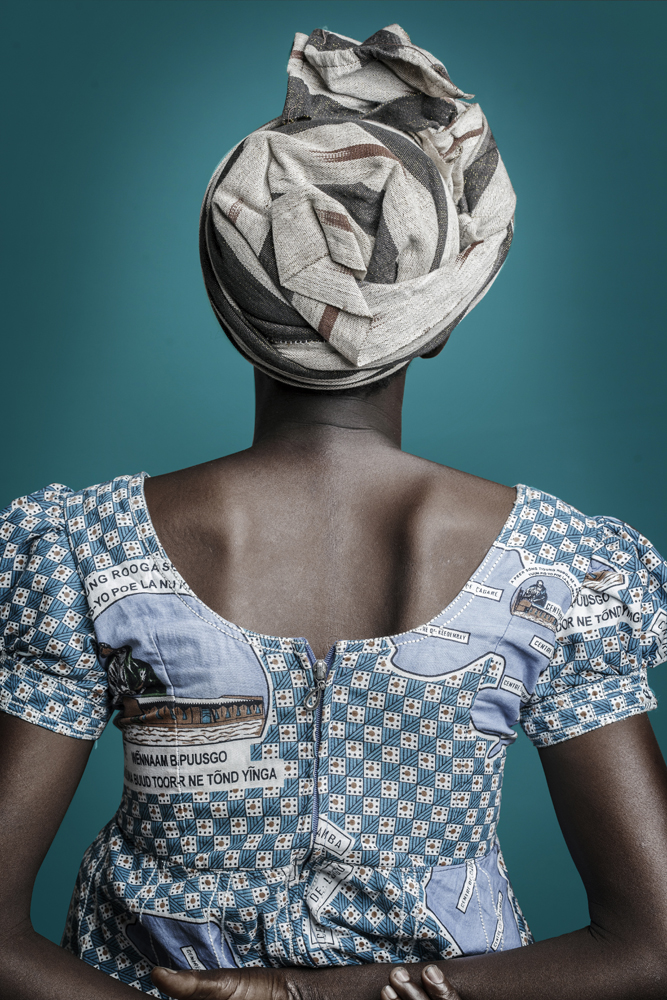 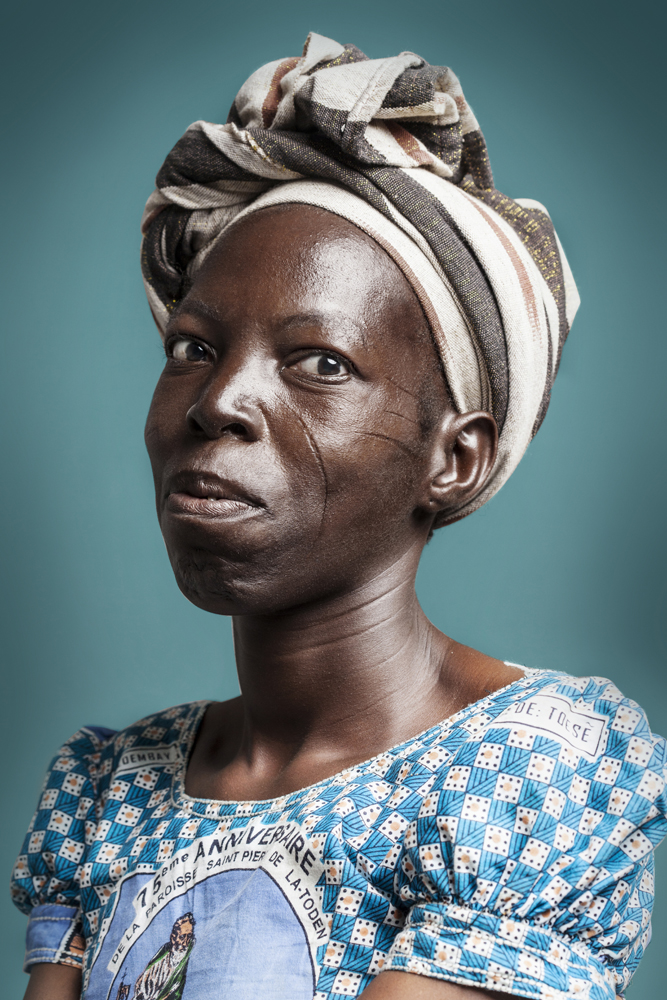 Q: Was each portrait a way for you to document the different types of scarification that still exist today? I wondered if you worked with a historical approach?
A: I wasn’t really aiming to inventory at first, because it was already difficult to find people willing to pose, so I was guided more by the availability of those I managed to find. In other words, the choice imposed itself on me, not vice-versa. And as I chose to document this subject from a contemporary and urban point of view – via the people living in Abidjan – it wasn’t easy. But I must say that as I got more and more into the project, I could indeed recognize the region of origin of the person who was posing based on certain types of scarification. I learned a lot.
Q: Each facial portrait comes doubled up with a portrait of the person taken from behind. Why?
A: I wanted to show everybody’s anonymous character when seen from behind. From behind, people could be of any origin. Face on, it’s impossible to hide and, in this case, these people literally have to face their identity. They have no choice but to display this facial ID that their scarification represents. One of the people I photographed said to me, “No need for an ID card, we already have ours on our face. That was why they used to do this: for mutual recognition. But now, that’s over, we don’t recognize each other any more.”
Q: You said earlier that you want to work on a resolutely contemporary Africa “seen from within”, between “tradition and modernity”. What will the next stages of your work be?
A: I’d like to show certain nuances of our cultures, by showing today’s Africa from angles which seem so ordinary to us here that we overlook or forget them. Yet these aspects translate the continent’s social and cultural mutations very precisely. I’m looking for answers to the questions I ask myself. So, my next series is on identity, on cultural heritage. It’s a series of portraits of African city women and their origins. It’s about this gap between tradition and modernity in African women who aren’t always in touch with their roots, and yet who consider themselves resolutely African.
I’m also working on a series about self-image, about the relationship to the body and to beauty in Abidjan today.
Thank you for your time, Joana!
-Leica Internet Team
Read the interview in French here. To see more of Joana’s work, check out her website.