Jordi Cohen, born in Manresa, Spain, is a travel photographer based in Barcelona. With a background in the medical field, he has worked for twenty years in the health sector in Spain, Latin America and Africa. He has exhibited his work throughout Europe and the Americas including the San Diego Art Institute, CEH Manege St. Petersburg, Royal Geographical Society of London, Galería Hector Garcia of Mexico City, International Festival of Social Photography in Sarcelles (France), Couvent des Minimes of Perpignan and Complejo el Águila Exhibition Hall of Madrid. Has has won several awards and was a finalist in for the International Photojournalism Award City of Gijón (Spain) and Descubrimientos Photoespaña (Madrid). In partnership with Macallan, Leica ran the Masters of Photography Master Class competition, of which Jordi was a runner-up winner in 2014.
Q: How would you describe your photography?
A: I make fundamentally social reports. My work attempts to convey emotions linked to cultural aspects of different countries and civilizations. I try to photograph emotions, in an intuitive picture style. In many of my reports, I show people in situations of ecstasy, outside themselves. This is possibly the main theme of my work.
Q: What approach do you take with your photography or what does photography mean to you?
A: Photography for me is a form of expression, a way of channeling feelings and emotions, those that I see on the road. When I do photography, I attempt to do a full immersion in what I photograph: rituals, religious celebrations, popular events. I try to be one of them and feel what they feel.
Q: Your statements about full immersion are admirable and certainly reflected in the authenticity of your images, but do you think it is also necessary to maintain your personal space and a small element of detachment in order to capture and express what is in front of your camera and convey your own feelings about what you are witnessing?
A: Getting involved in what you photograph is basic to authenticate the reportages. Eventually you evolve. As Capa said, “If your picture is not good enough, you’re not close enough.” You learn that sometimes you have to take one or two steps back in order to grasp the essentials and not miss something essential. The important thing is to feel what you do and be open to experience at all times. Test, test, test … it is essential. 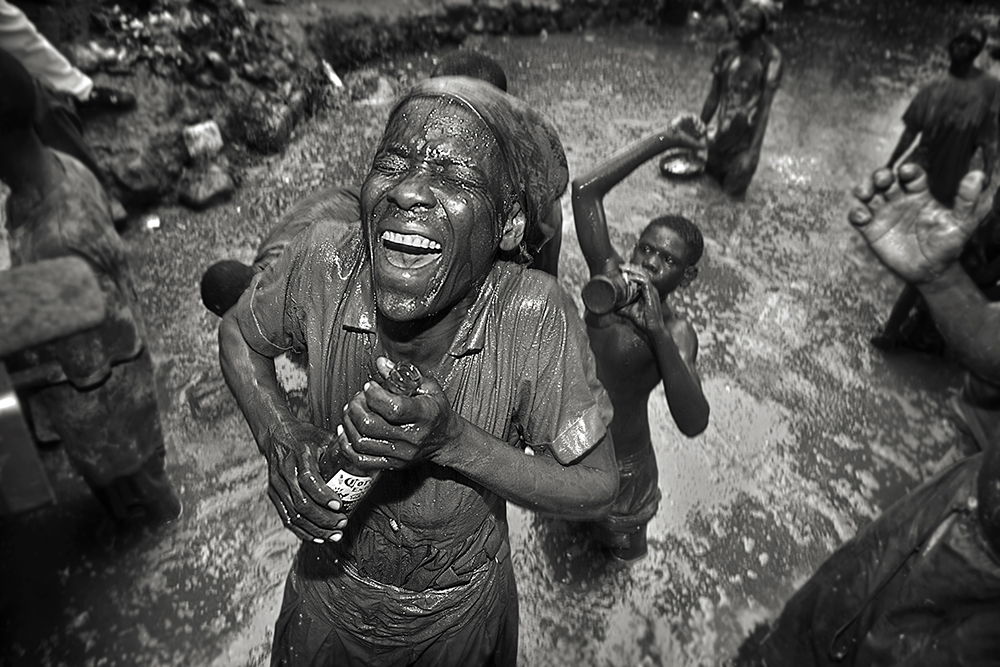 Q: All the images in your Haitian Voodoo portfolio are presented in black-and-white. Is your work primarily in black-and-white or do you shoot color on occasion, and if the latter, how do you decide which medium to use for a particular subject?
A: I use either black-and-white or color in my photos. When I want to highlight the expressions and feelings, I always choose the black-and-white. But I have a lot of color in my work, especially related to the San Fermin. Some reportages call for color because the colors are somewhat explanatory of what is happening and are part of the essence.
Q: Has your experience in covering Voodoo deepened your understanding and respect for its traditions?
A: When I started the reportage, I had a profound ignorance of it; however, over time I’ve learned a little and gained an understanding of the religion and its rationale. 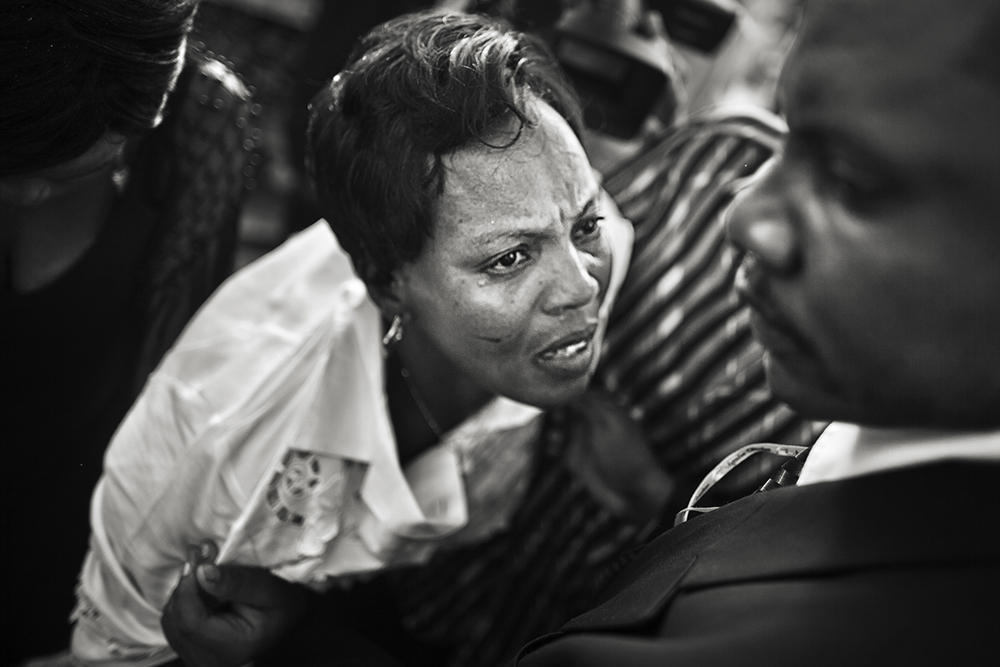 Q: This image seems to show an emotionally charged moment. What’s going on here and how does it fit into the context of Haitian Voodoo?
A: It shows the face of sadness of Monexil Lionel, mother. Monexil Yonel, alias Tifre The Best, was a young Christian Haitian who played in a rasta band. This is one of the photos of a reportage about his funeral that had some voodoo rituals. His funeral was a mixture of sadness and joy. I was in the main cemetery of Port-Au-Prince trying to search for any images related to voodoo, and suddenly there appeared a group of boys carrying a coffin, while singing rasta songs. Behind them was the family, with faces of deep sadness and pain. The funeral was a real show, they opened the coffin several times to take the last pictures with him, giving him a drink of rum and, of course, as is normal in a voodoo funeral, to put a salt lick on the hand to ensure that it could not become a zombie.
Q: How do you see your photography evolving over, say, the next three years and do you have any other social-cultural documentary projects in the works going forward?
A: Now I am working on different social-cultural documentary projects. Maybe the most important is “The Land of Tears and Joy,” a personal project that aims to explore the religion and customs of the Jewish people living in Israel and the occupied territories, highlighting mixed feelings of joy and sorrow. It is an ongoing project begun in 2011 in which I try to make a critical review of religion in Israel and its influence on the habits of the people of this country, covering different religious festivals, official, as well as private family celebrations (weddings, funerals, etc.).
Thank you for your time, Jordi!
– Leica Internet Team
Connect with Jordi on his website and Twitter.